Hanuman Jayanti - the First Festival in the New Year

January 05, 2011
We hurried back from our vacation to be in time for Samhith's school, and found ourselves back on the day of the first festival of the year - Hanuman Jayanti, celebrating the birth of the monkey God Hanuman. Before some of you rise up and inform me that the festival is months away yet, here is a piece of information - this is one festival which is celebrated in different parts of the country on different days, the reason being the uncertainty of the day the monkey god was born!
Visiting the temple to collect the prasad (offerings) of a puja we had arranged for, I found myself on time for the Lord to take his tour around the area. The temple is dedicated to Lord Vishnu in his many forms, and He was just ready to start his tour, mounted on the shoulders of his greatest devotee, Hanuman. Here are a few pics, which aren't too clear, since I took them from my mobile camera, but you can get an idea of what its like! 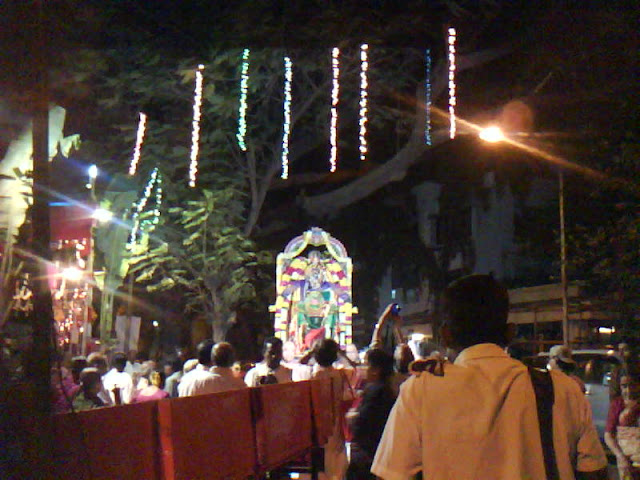 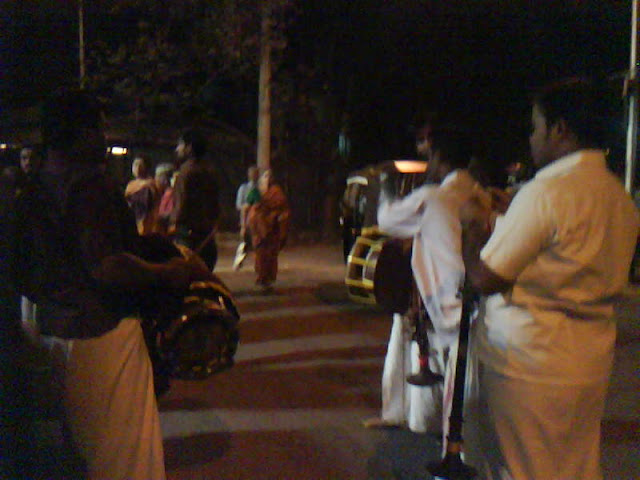 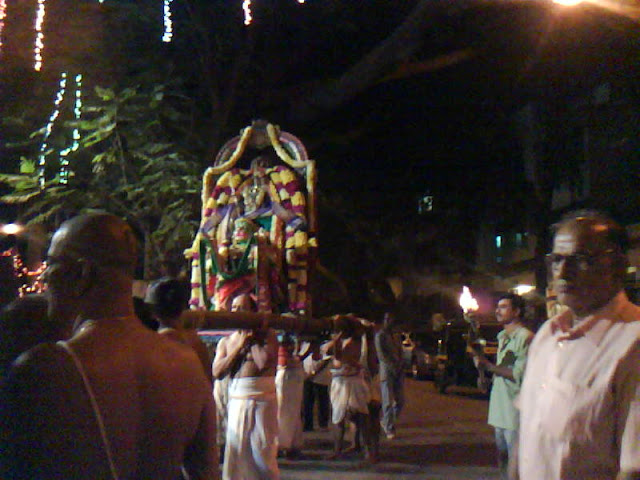 Interestingly, the trip I just returned from turned out to be closely connected to Hanuman too. On our visit to Hampi, we also visited Anegundi, on the opposite bank of the river, which is believed to be the Kishkinda of Ramayana fame. I shall write in detail about Anegundi later, but here are just a few glimpses of the places related to Hanuman....
Anjanadri is believed to be the hillock on which the monkey god was born, and today, a temple dedicated to him stands over the hill. It is a relatively easy climb, with about 550 steps leading to the temple etched over the rock. 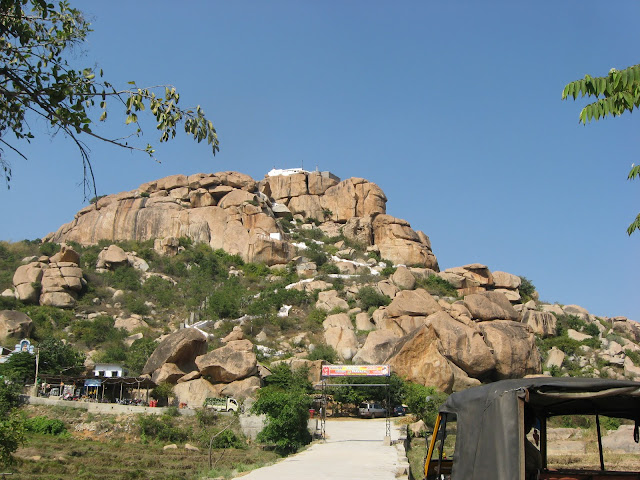 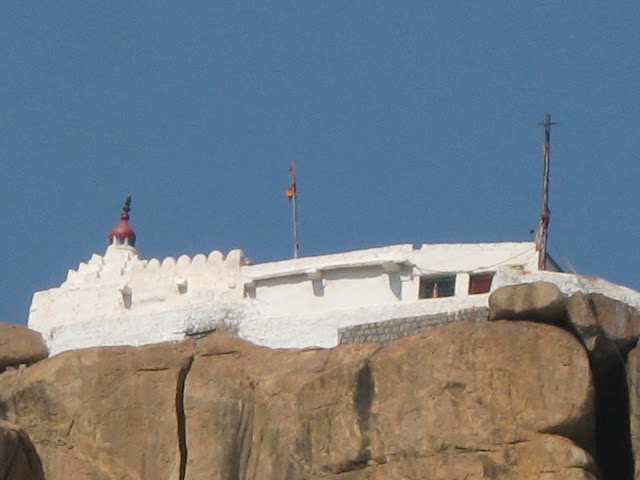 Incidentally, the entire region is covered by huge rocks of all shapes and sizes, which are believed to have been thrown by the childish Hanuman, or Anjaneya (son of Anjana) as He was then known. 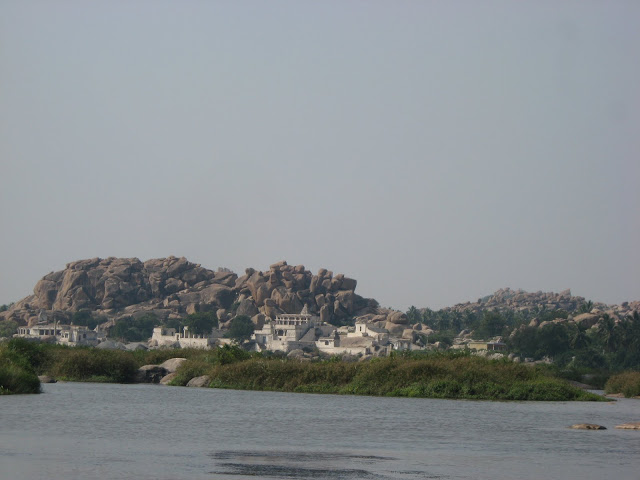 Hanuman is also seen in an interesting posture in this place. At many ancient temples, he is depicted in a sitting posture, holding in his hands palm leaf manuscrips representing the Vedas. This idol symbolises the mature phase of Hanuman, which he spent gaining knowledge by meditating on Lord Shiva, and then being educated by Surya, the Sun God. This is the only place which shows him thus. Here is one such idol from the Navabrindavanam at Anegundi, a place where nine great sages have their samadhis.... 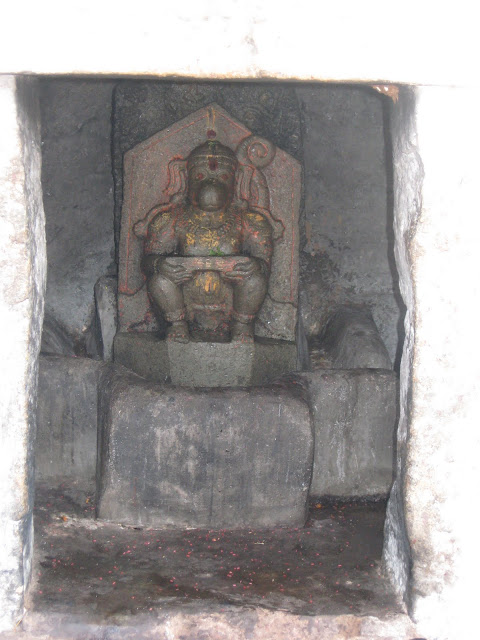 Thats all I am going to write right now......I hope I managed to get you interested enough to come back when I finally get to writing more in detail about Anegundi....