March 03, 2010
Wildlife? In the midst of the city? I am sure all of you must be wondering what I am talking about. So, read on to see what I noticed last weekend when I spent hours on Marine Drive....
To begin with, I spent quite a lot of time sitting on Marine Drive, thinking about all the kinds of stuff the Forum was bringing up. The sea always has a calming effect on me, and I find myself thinking much straighter. The waves seem to talk to me, and I am at peace with myself and the world. All I usually notice when I am at Marine Drive are the waves and the horizon.... nothing else seems to matter. I usually even discount the scores of people walking, running, jogging, skating, cycling... along the promenade.
However, this time, having too much time on my hands, I suppose, I started noticing all the kinds of things happening around me. While most of my attention was still riveted by the sea, I noticed a few people walking among the huge boulders and breakers at the sea shore. Curious, I watched them for a while, and only then realised that they were catching fishes and crabs! Only then did I notice that there were so many crabs all over the rocks! There were so many just over a small area that I could see from my place. When I inquired, I was told that these crabs were inedible, and weren't the ones being caught. Those chaps were trying to catch some edible crabs and other marine creatures which made their home along the most expensive area of Bombay!
While I didn't manage to get snaps of the creatures caught by the men,  I did manage to get quite a lot of shots of the crabs there... Take a look, and remember - each pic is of a different one! 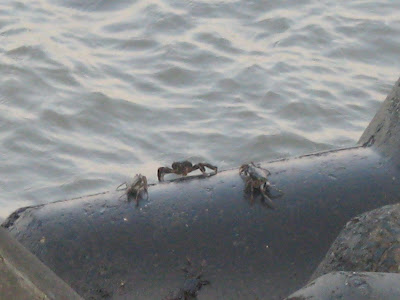 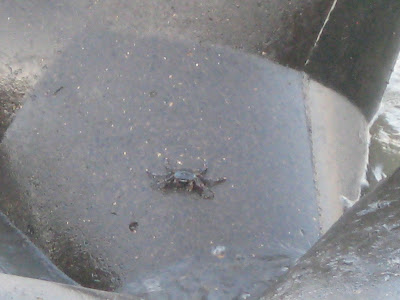 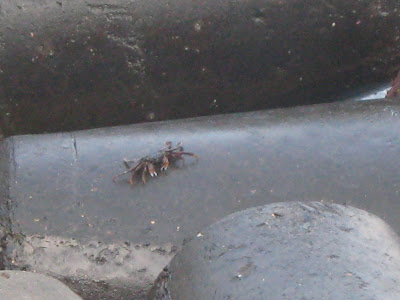 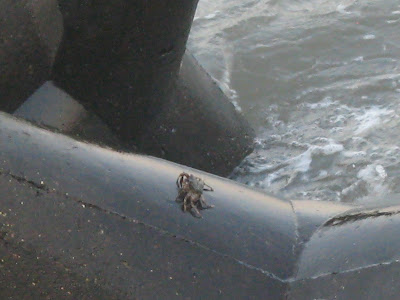 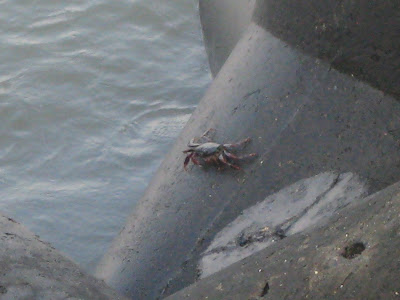 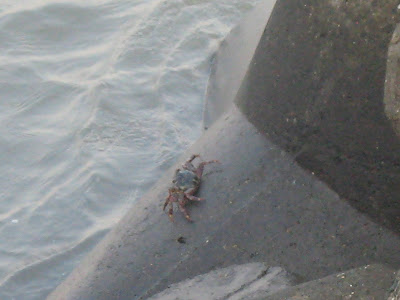 On my third day, I was early, and reached the place when the tide was still out... the water was a bit farther than usual, and more of the crabs were on the rocks... And among them were some birds. I think this one is a sandpiper, but am not sure. There were many more such birds, but this was the only one which came close enough for me to take a photograph! 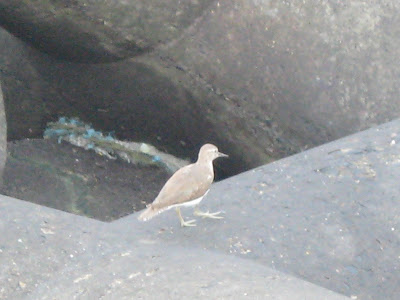 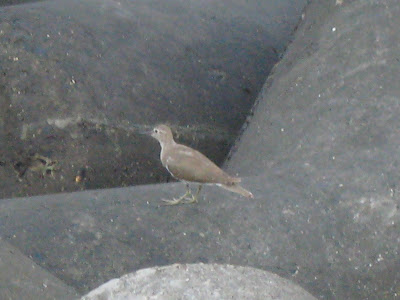 There were also a lot of sea gulls sitting on a rock. I wondered why I hadn't seen them before, and only after a while did I realize that the rock was seen only because the tide was low. As the tide began rising, the birds flew away to settle on a larger boulder a bit further away.... 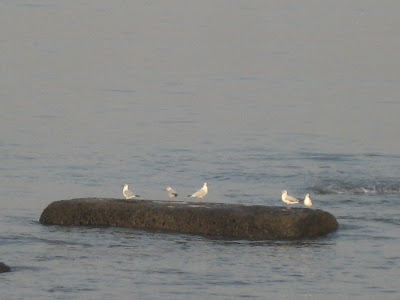 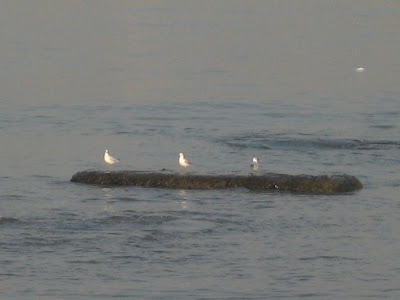 When the tide was fully in, all the seagulls were settled on a boulder too far away for me to get a clear pic. But here is what I could manage. You can just get an idea of the numbers. 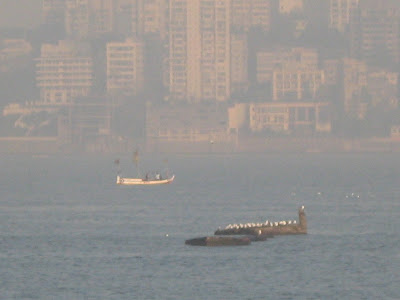