The Cauvery and her stories at Coorg


Long, long ago, it is said, a crow overturned a pitcher of water. No, I am not talking of the Aesop’s fable, but instead, the story of the Kaveri. 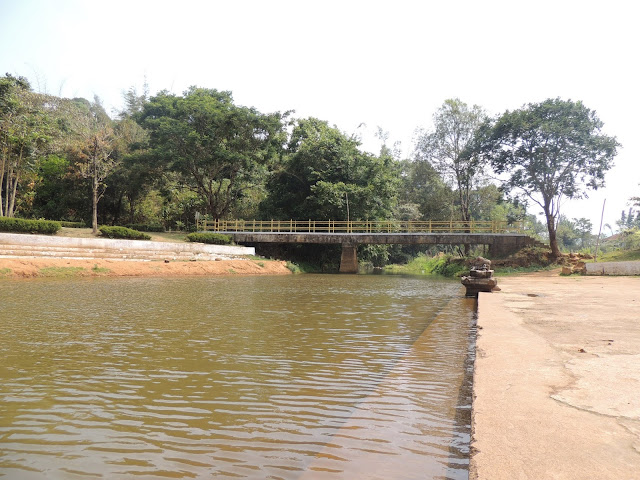 As the legend goes, sage Agasthya held the sacred Kaveri in his kamandalu (a vessel for holding water) to perform his rituals. Meanwhile, the gods pondered about how they could liberate the river so she could enrich the whole land, and help the people, instead of being confined for the sage’s use alone. It was Ganesha, the elephant headed God, who volunteered for the task. Taking the form of a crow, he alighted on the kamandalu, and gently toppled it. The river rushed out, and flowed over the land, rendering it fertile, bringing water to parched throats. The sage, nevertheless, was angry. The water had been meant for him alone, a special gift from the gods. He rushed to hit the crow, and when it turned into Ganesha, he realised his error, and knocked himself on the temples with his clenched fists. The story is as old as time, yet the gesture lives on. Even today, people knock themselves on the head with their fists in front of Lord Ganesha, symbolically berating themselves for their selfishness. The Kaveri flows on too, though our human follies have managed to slow her down, and make her a seasonal river. Yet, her presence lingers over the region, rendering it rich and fertile. Nowhere is this more evident than at her birthplace, the very site where these events unfolded – Talacauvery. 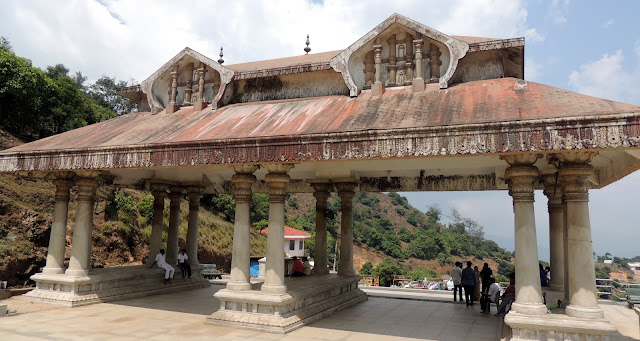 Talacauvery (or Talakaveri) is located about 48 Kms from Madikeri. Atop the hill is a small tank, where the river is said to originate. On a normal day, there isn’t much to see here. There is just the tank with a small shrine to Kaveriamma, the deity of the river. A little higher are two more shrines, dedicated to those who brought her here – Ganesha, and Agastheeswara.

The river itself is seen only further down the hill, at Bhagamandala.  It is only during the monsoon that the area comes alive, with water levels rising, culminating somewhere in mid October with a spurt of water which flows down visibly as the river. This is the day when crowds flock to Talacauvery for a sacred bath in one of the holiest of Indian rivers.

We visited Talacauvery in March, and in spite of the hot sun beating down on us, the place was surprisingly cool. Most pilgrims offer their prayers to Kaveri and bathe in the water, though bathing in the tank didn't seem too tempting to us. We chose instead to enjoy the verdant greenery that surrounded us. It is reassuring to note that the area has been declared as a wildlife sanctuary. The river surely has something to smile about! 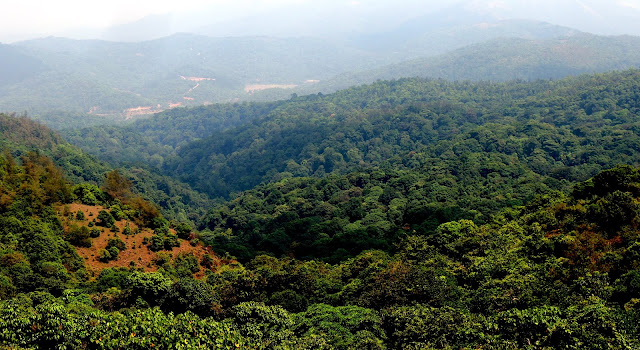 At the foothills is Bhagamandala, and it is here that Kaveri shows herself as a river. She merges with the mountain stream known as Kannike, and a mythical river called the Sujyoti, to flow further down the hills and into the plains, through Karnataka and Tamilnadu, to eventually merge into the sea at Poompuhar. 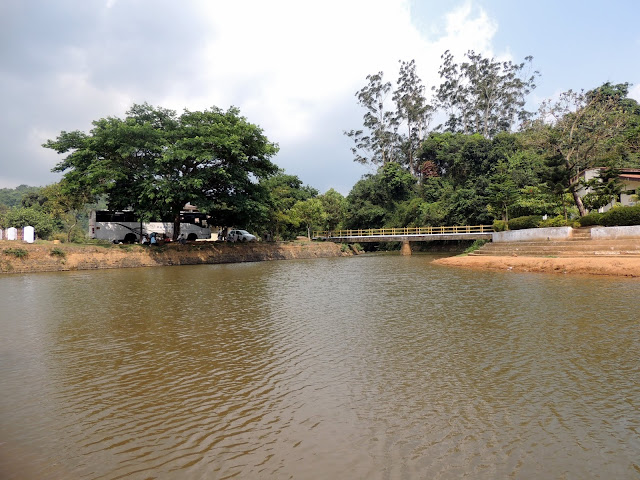 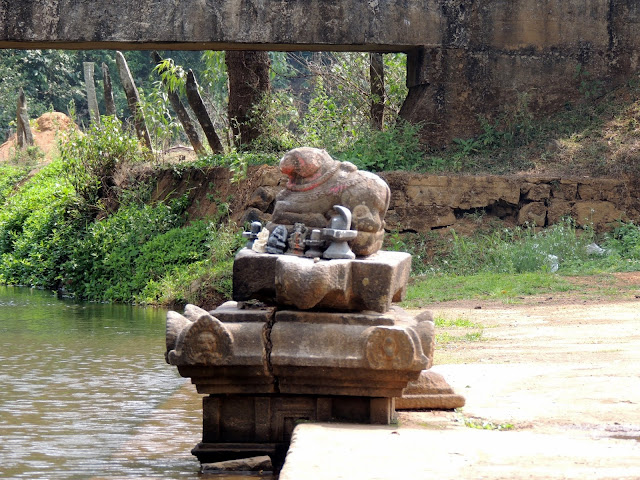 Here, on the banks of the Kaveri is the Bhagandeshwara temple, with shrines to Lord Shiva as Bhagandeshwara, Lord Vishnu, Ganesha and Subramanya. The ancient temple is a simple one, built in the Kerala style of architecture, but with beautiful carvings inside. 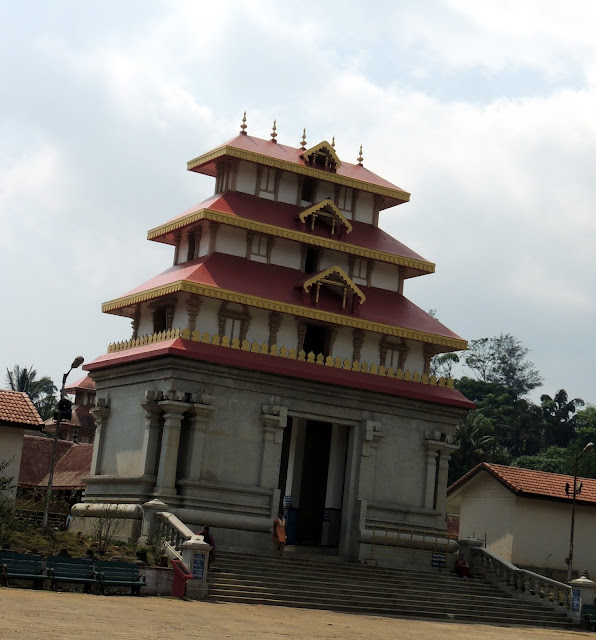 We were told that during the monsoon, the river rose all the way up the temple steps, though we were lucky that there was still enough water to bathe in the confluence in summer. 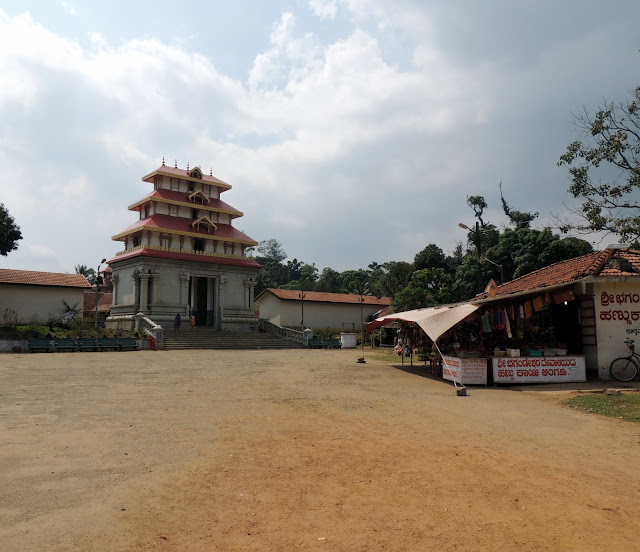 Bathing in rivers or at confluences are considered sacred, but when the water is clear and cool, and we have the river to ourselves, it is more pleasure than anything else. What was intended to be a quick dip, turned into a swimming session lasting over an hour! 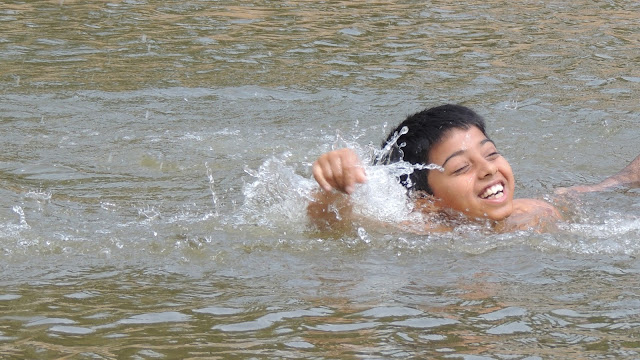 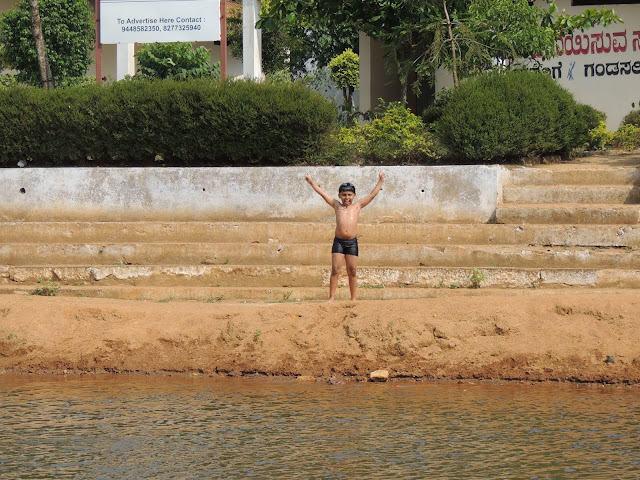 While my son frolicked in the water, swimming from one bank to the other, I found something else to occupy me – birds. A spotted dove pottered about on the other bank.... 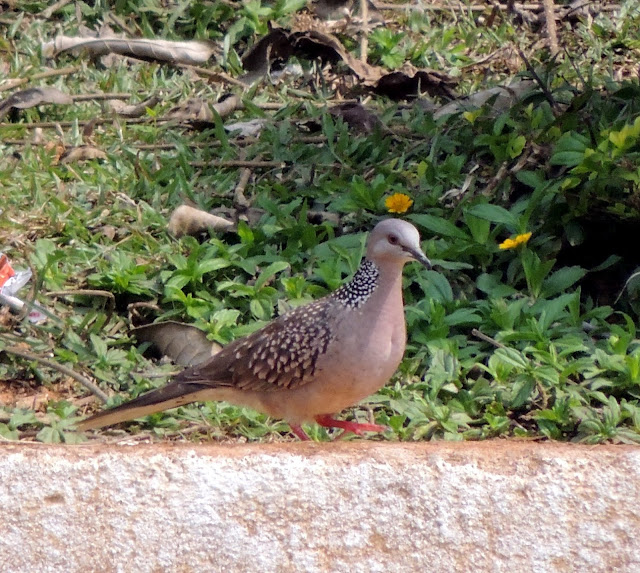 On the electric wires around, were flocks and flocks of swallows..... 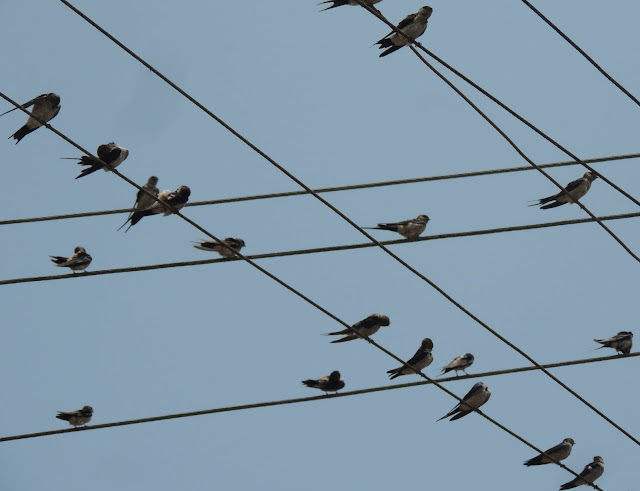 They simply sat perched on the wires, as if taking a break from their work..... 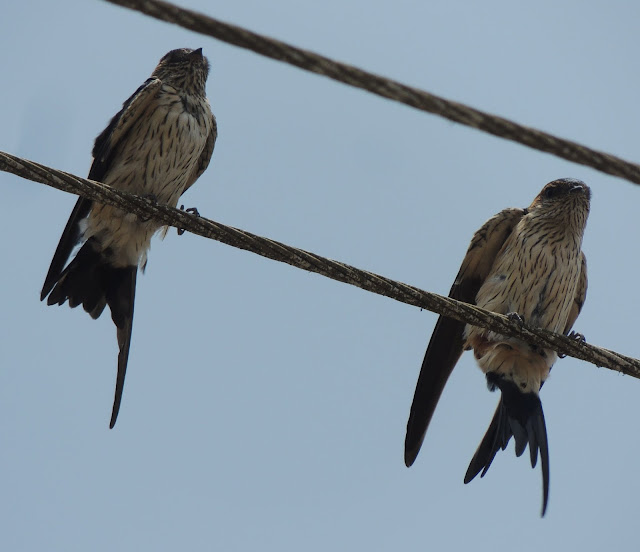 ... while others flew here and there, probably catching their food, but settling down every now and then for me to click. 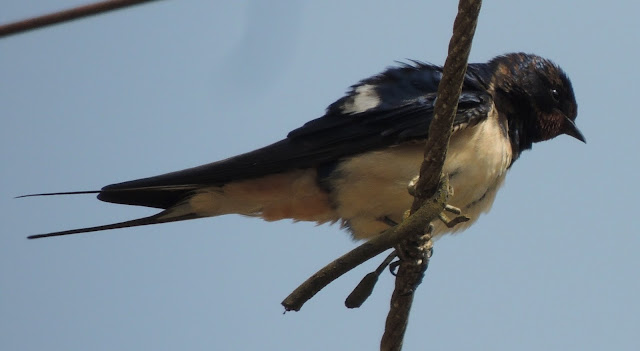 Familiar with the story of Kaveri from childhood, I had imagined her as tempestuous and flighty, rushing eagerly to her freedom. However, here she was, calm and peaceful, completely at ease with herself and the world. And that is the image that will remain with me, for the years to come... of having the river to ourselves, for our pleasure alone, even if just for a little while, on a hot summer day!

This article, in a slightly shorter form,  was originally posted on the Club Mahindra Blog.