My tryst with the Sony Xperia Z3 Compact

The answer to that has changed over the years. To my generation, a phone was that wonderful thing which allowed us to speak with, and keep in touch with people. To Samhith’s generation, it is that gadget which is used to play games on, check updates on Whatsapp / Facebook / G+/ whatever is the in-thing at the moment. They rarely use it to talk! And then, these days, the first thing most people look for, in a phone, is its camera! I have wondered, at times, if a smartphone can indeed be called a phone, for we least use it to talk!! Besides, its inherent ‘smartness’ keeps us hooked on to it, and even reduces the amount of talking we do, with the people right around us! These, and many other reasons, kept me away from smartphones, and I was content to catch up with friends online, only using the comp at home.

Therefore, a couple of months back, when the people over at Sony called me up, asking me if I would try out their new phone, the Sony Xperia Z3 Compact, I laughed! “I am least qualified to write about a smartphone” I demurred, but they said it was easy… and as they spoke of the camera and other features, I was hooked. And that is how I ended up with the phone during my recent trips… first to the south during Diwali, and more recently, to the Denwa Backwater escape in Madhya Pradesh. What follows isn’t really a review of the phone, but my thoughts, and experiences, based on my usage of the phone. 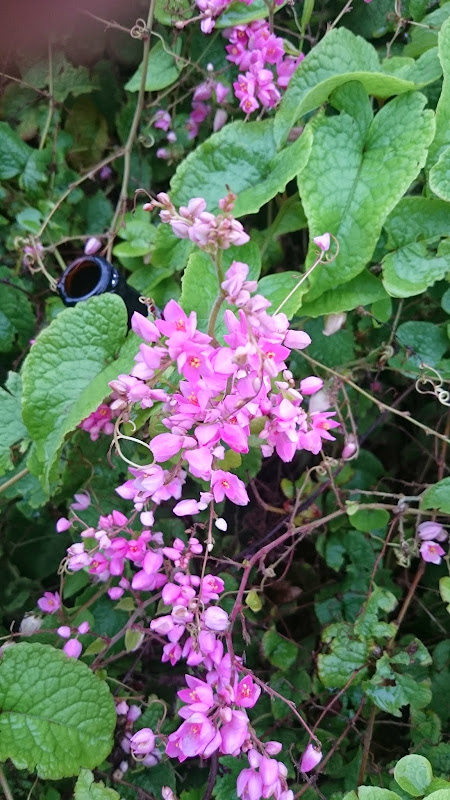 The phone arrived at home the day before I was to leave for Chennai, and most of that last day was spent getting a nano-SIM so I could use it! The two days in Chennai were busy, meeting relatives and it was only as I arrived at Chennai Egmore to board my train for the second leg of my journey, that the phone came in handy to click a pic of the old railway station in the pouring rain! 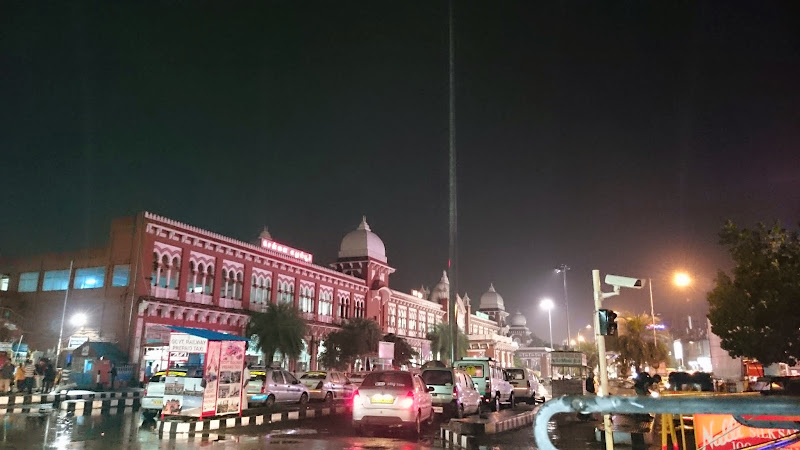 The rains followed us to Mayiladudurai and then to Tarangambadi, and the phone turned out to be really useful, as its waterproof design allowed me to give my camera some rest and use the phone instead!

Over the course of the next couple of days, as the rains continued to pour, the phone managed to convince me it was (almost) as good as my camera, especially in the rain, and for features such as the Panorama… Here are a few photos clicked with the phone….

The phone was most useful on the beach.... with the pouring rains and the heavy winds, I safely left my camera in the room, and carried only the phone. That turned out to be a blessing, considering the variety of sea life (unfortunately, dead) that we saw on the shore.... like this sea anemone... 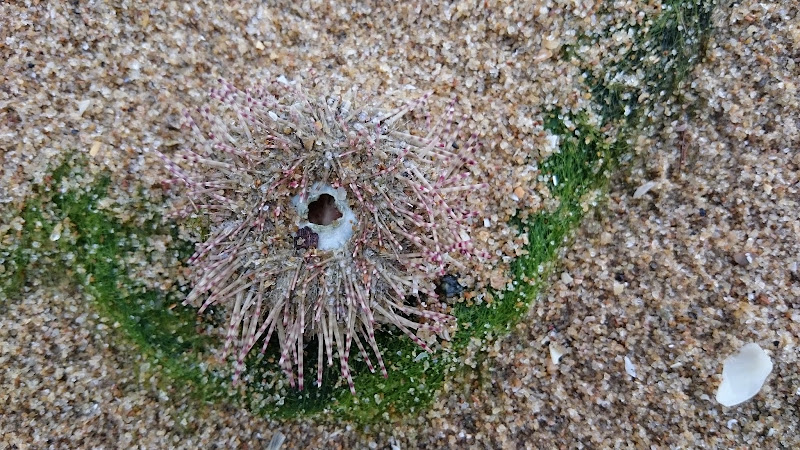 And this enormous crab.... 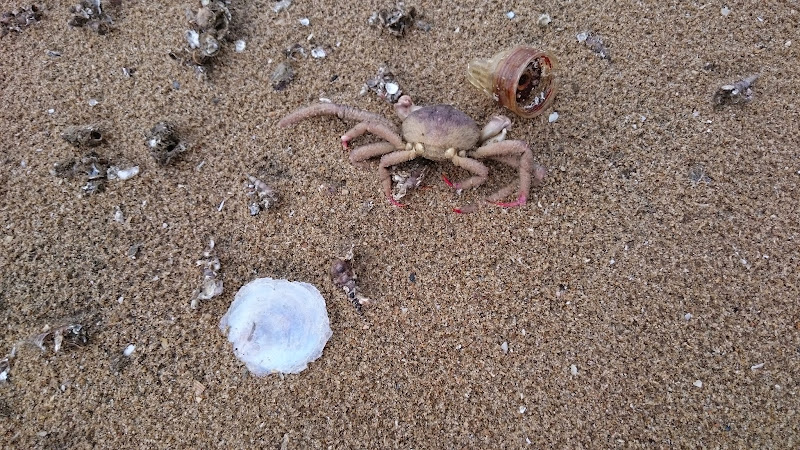 This one is just a simple shell, but it is one of my favourite pictures from the entire trip... 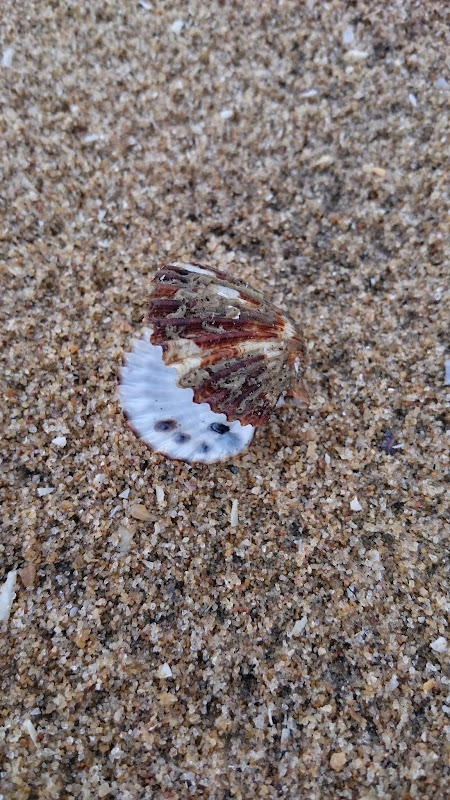 And here is a video…. The quality is good… again, almost as good as those recorded with my camera, and the sound quality is excellent too… It gives you a good idea of what we heard during the two days that we stayed there!!!!

And here is another video, one I clicked at the estuary... where the river Manjaar merges with the sea...

And here is another one, if you have the patience to watch more, with Samhith voicing his thoughts..

Arriving at my sister-in-law’s place at Tiruppur, I was able to try out a couple more features.. the Background Defocus, which makes things stand out, like they were clicked with DSLRs…. 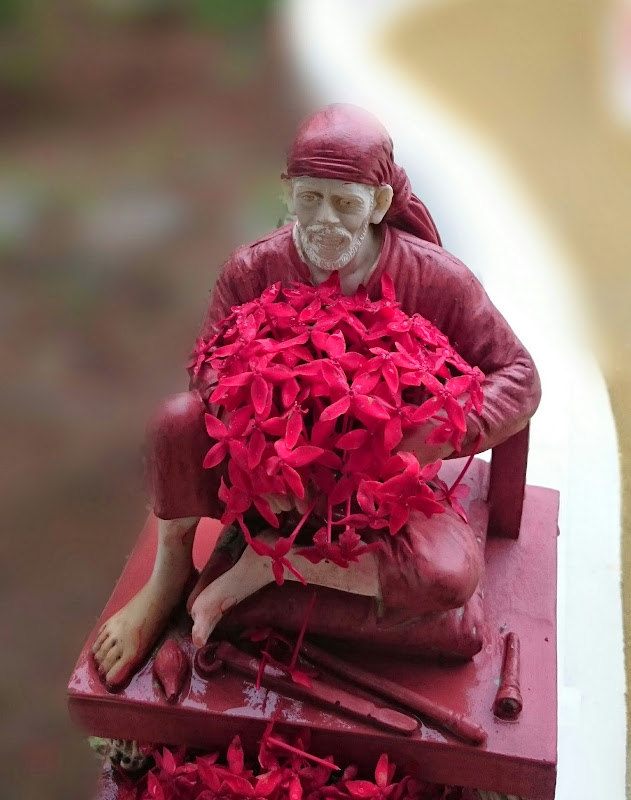 And the fireworks feature, which made Diwali even more interesting! 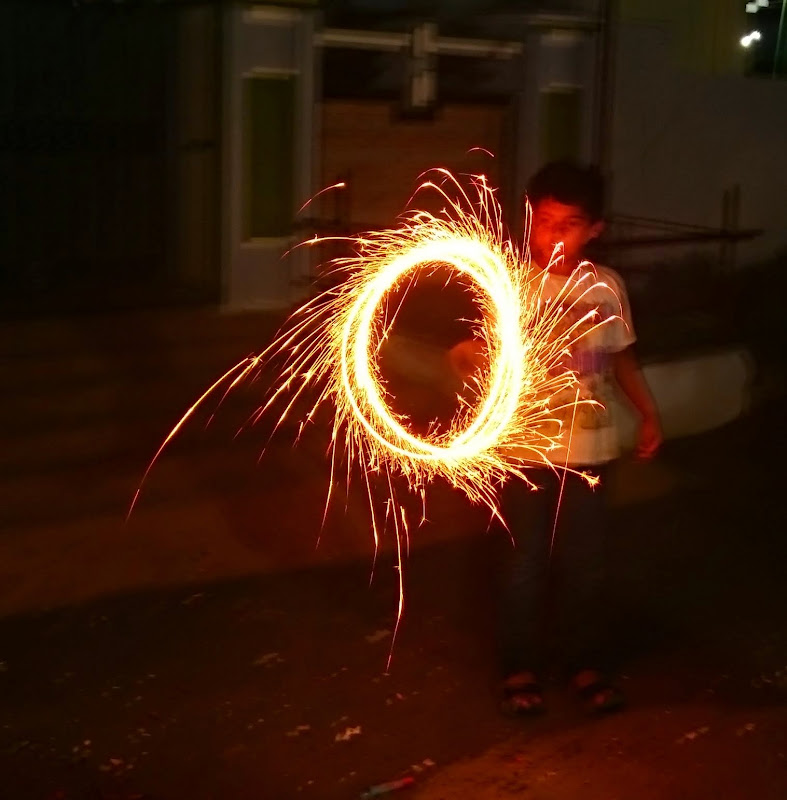 At Madurai, cameras are no longer allowed inside the Meenakshi temple, though mobiles are. The Xperia came in handy again, giving me beautiful images like this one..... 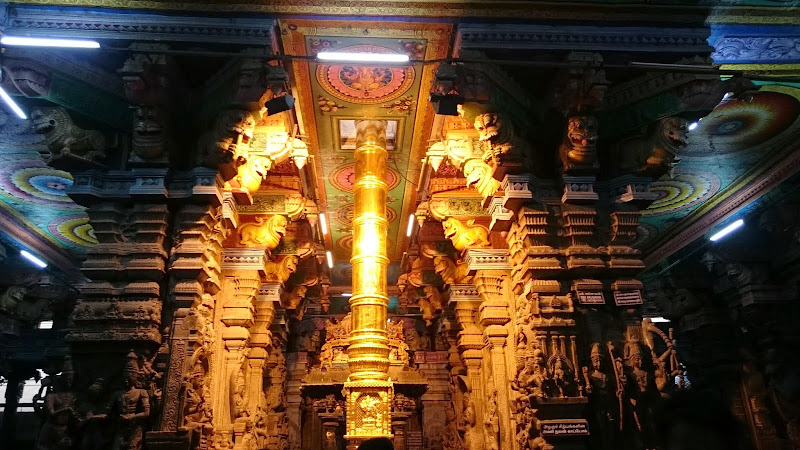 On the road, the phone was really a help, clicking sights like this... of the Vaigai river in spate (this is interesting considering that I have never seen water in the Vaigai before, in all my years of visiting the temple town! ) 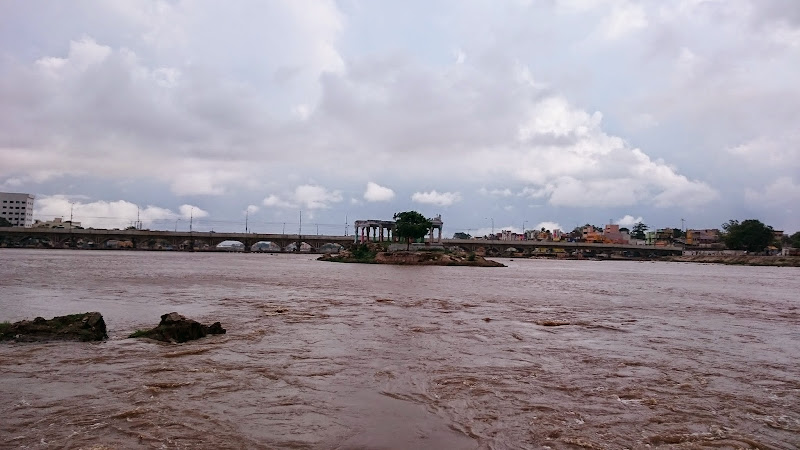 But surely, the highlight was this photo, clicked on my way back, from a moving car, in extremely low light.... of the low lying clouds over the mountains! I doubt I would have been able to click this even with my camera!

I have often envied people for their beautiful shots from flights...and this time, I was able to get one myself.... of the Mumbai shore! 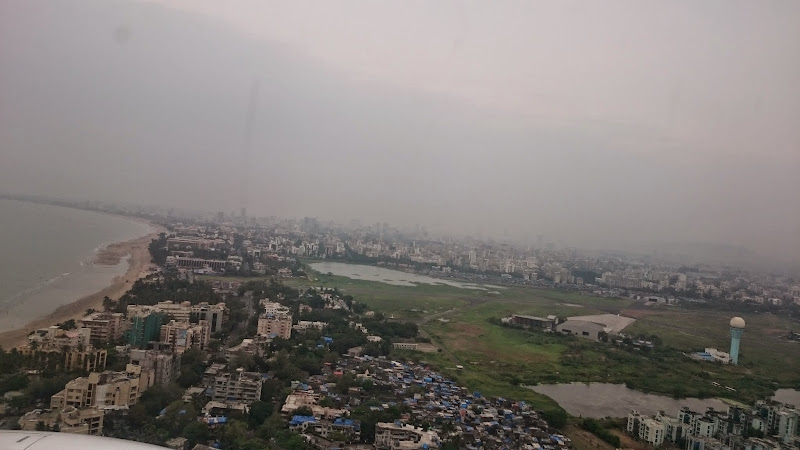 We returned home to a house turned upside down for some repair and renovation. Sitting idle without even my comp was tough, but the phone was a blessing, keeping me connected, and helped us pass time, clicking kaleidoscopic images like these!

And then, we were off again, to the Denwa Backwater Escape in Madhya Pradesh, where the location ensured that we had a much deserved break from the internet! While we couldn’t use the phone to make calls or surf the net, the camera was once again really useful, whether it was to capture the colours of the sunset…. 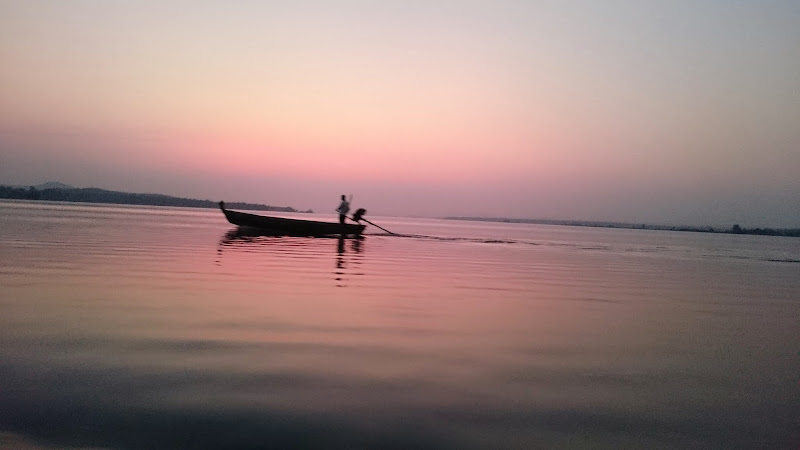 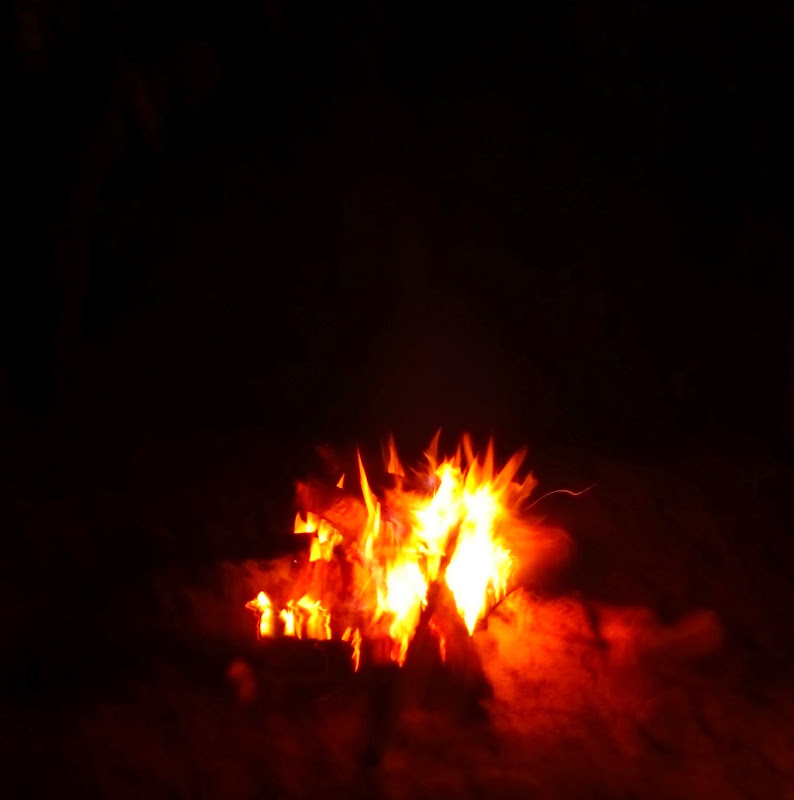 Back home, the comp still disconnected, I finally figured out how to use photo editing apps (thank you Siddhartha Joshi J ) and have been having fun trying things out. 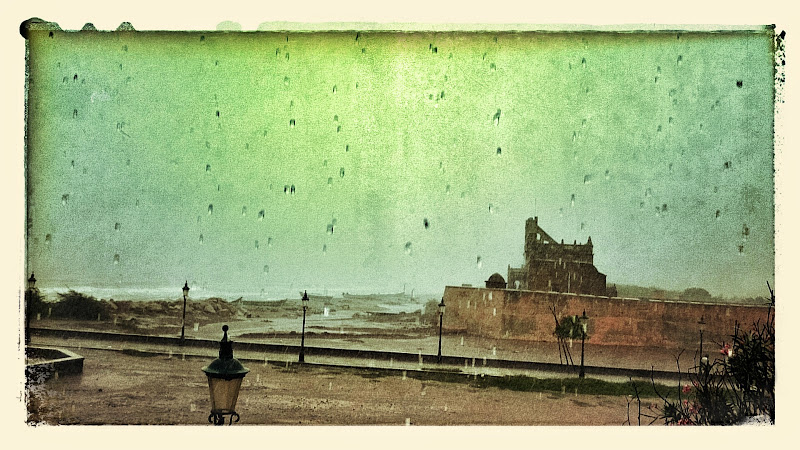 The same pic, edited in two different ways. Which do you like? 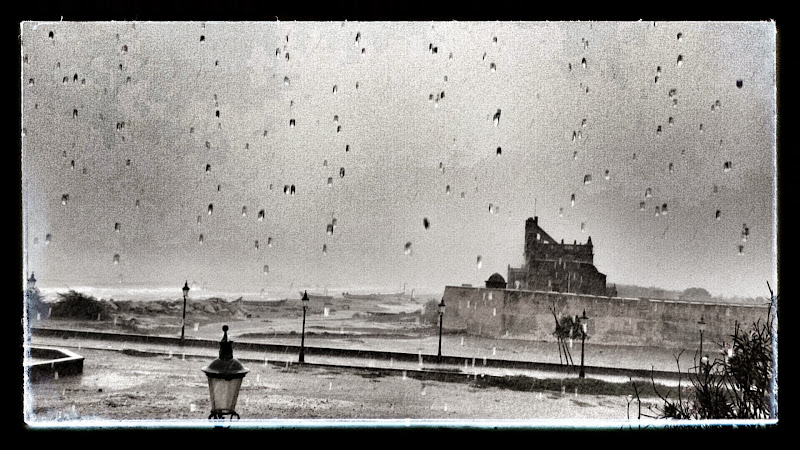 I have had the phone for over a month now, and am still learning how to use all the features. But then, I am slow when it comes to gadgets! I have certainly used the camera the most, followed by apps for social media. Samhith has tried playing a few games on it, but is happiest at the fact that the phone keeps me occupied, letting him use my tab!! Among friends and family, the reactions have been varied, as well as interesting… ranging from “It’s a typical Android phone” and “Looks great! The design is sleek”; "Great battery life!" to “Lucky you!”

One month down the line, I have realized that the phone has indeed changed my life. My hands reach for the phone automatically when I am out these days. I don’t have to stop to lug out my camera, drawing curious stares from bystanders, and I am able to capture moments which I never could have, otherwise. When the light is low, I simply keep my camera aside, and rely on the phone to give me some decent images. And yes, when I click something interesting, I share it at once!!!

Having said all that, I still have loads to learn. I stumble upon different features or apps every other day, and try them out as excitedly as Samhith! Using the Sony Xperia Z3 Compact has been fun, memorable and exciting. But above all, it has been an enriching experience! Thank you, Sony!

P.S. I have deliberately not given any details about the phone, such as its specifications, and my perceptions of them, since I don't think I am qualified to do that. I have only jotted down my thoughts, and given you a glimpse of the photos and videos I clicked with it, since it was primarily the camera I was asked to try out. If you would like any more details, please head over to the Sony official site for more information.