Google Plus and Photos... on World Photography Day 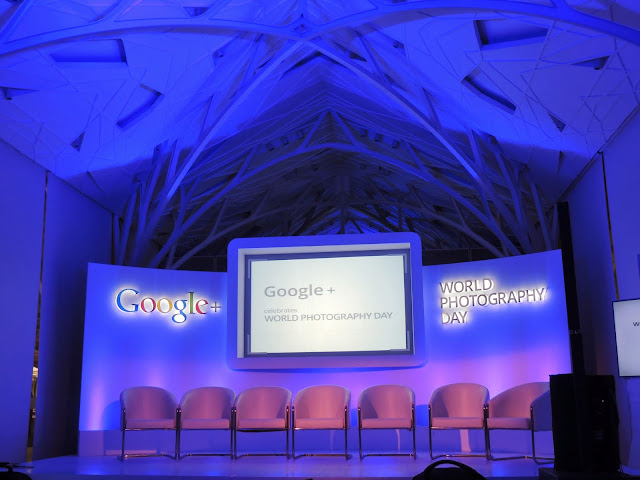 The Daguerreotype, a photographic process, was first developed by Joseph Nicèphore Nièpce and Louis Daguerre. On January 9, 1839, The French Academy of Sciences announced the daguerreotype process. A few months later, on August 19, 1839, the French government announced the invention as a gift "Free to the World".

According to information I gathered over the net, this is the reason 19th August is celebrated as ‘World Photography Day”. I would have been blissfully ignorant of this little detail, as well as the celebratory day itself, had it not been for an invite which landed in my mail, for the ‘Google Plus World Photography Day celebration’ held at Tote on the Turf, at the Mahalakshmi Race Course, Mumbai.

And that is how I found myself, on a manic Monday, at the Race course, surrounded by fellow bloggers, listening to an animated conversation on how technology has changed photography!

It has been two days since then, and in this age of technology and instant posts, this post is sadly delayed. Others who attended the event have written in detail about the event itself, and the discussions, which is why I am not going to repeat them, and instead, tell you what I found interesting –

I am a regular Google user, and as all of you know, my blog is hosted on Blogger. I, therefore use a lot of Google products, including Google plus. For my photos, I have been using Picasa, and of late, have found the change to Google Plus Photos rather disconcerting. My main interest in attending the event was to check out what GPlus was offering new, and if it could work for me. 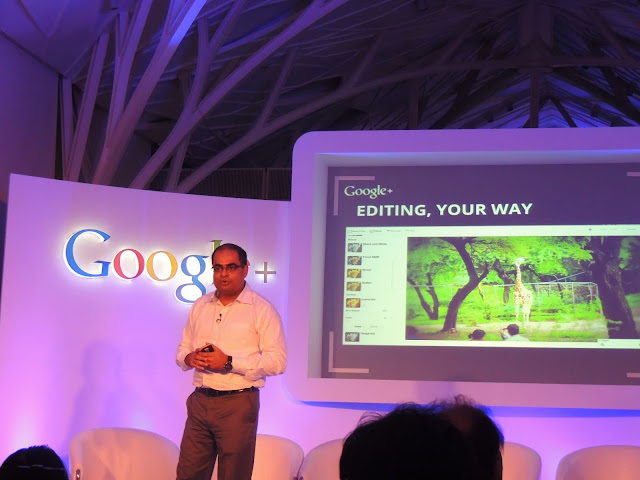 As many of you might already know, G Plus Photos has some new features, such as Auto Backup, Auto Enhance, Auto Awesome , Auto highlight and easier photo search.

The first allows an immediate automatic back up of your photos on your mobile to your G Plus account. This is no use to me at present, since I don’t have a smartphone L.

The second automatically enhances, or improves your photo quality (if you want it to, of course!). There isn’t really anything new about this, except that you can set it so your image gets enhanced without your working on it.

Auto Highlight, as the name suggests, helps you highlight certain photos. I have yet to try and see if it helps in any way.

I have yet to try out the easier search mode, but it is the Auto Awesome feature that actually captured my attention. This one collects photos clicked almost simultaneously and creates a sort of animated photograph. It is a simpler version of the Photosphere, and since it isn’t actually a video or a slideshow, but an animated photo, it is actually easier to use. Besides, Google Plus picks out the photos itself and does all the work, making it easier for us!

As someone with a kid, and capturing him on camera all the time, this is the only feature among all the new ones that actually captured my attention at the event! Take a look at this animated version of photos I clicked at a recent wedding when the kids had a ball…. Literally!!! And let me know what you think!

Thank you, Google Plus India, for inviting me to the event and giving me some wonderful experiences – listening to experts, interacting with my peers, and learning something new!

Related Posts by other bloggers who attended the event -