August 23, 2013
The small town of Sultan Bathery in Wayanad was originally called ‘Gananaptivattam’. It was only when Tipu Sultan arrived here, and used an abandoned ancient Jain temple for storing his ammunition, that the town got its new name. Tipu Sultan has long been gone, and so has the ammunition which gave the town its name, but the ancient temple still stands! 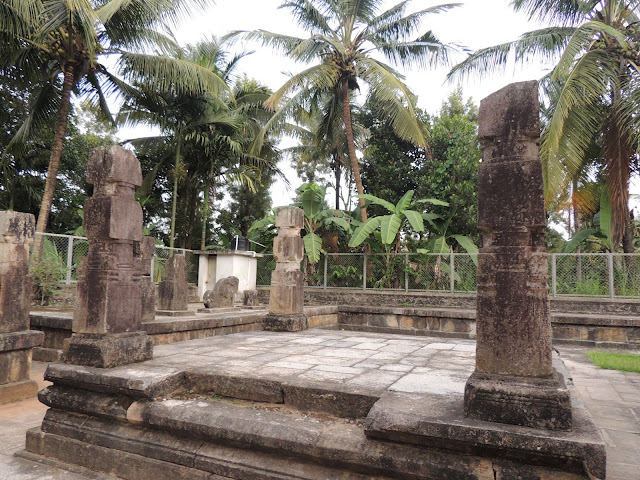 Sadly, little is known of the temple, such as details of when it was built and by whom. 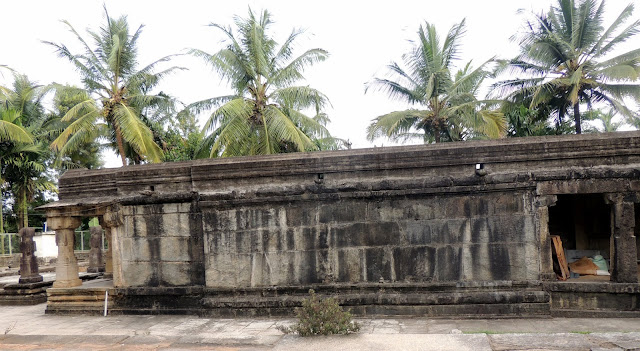 There is no idol inside either. We visited the temple late in the evening, when it was about to close, and found the temple empty, but for a lone ASI official who also acted as a watchman. He told us that the idol which originally occupied the sanctum here was shifted to a newer Jain temple at Kalpetta, but that every year, for Mahavir Jayanti, the idol was brought to this temple and prayers conducted as per the rituals. The temple thus served its original purpose just for a day each year!!! 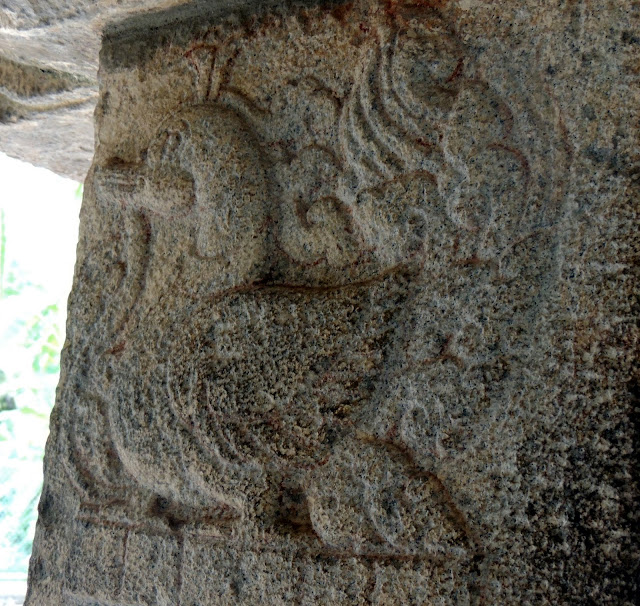 The temple is a simple one, going by other Jain temples we have visited, but there was no dearth of detailing or ornamentation on the pillars and walls. 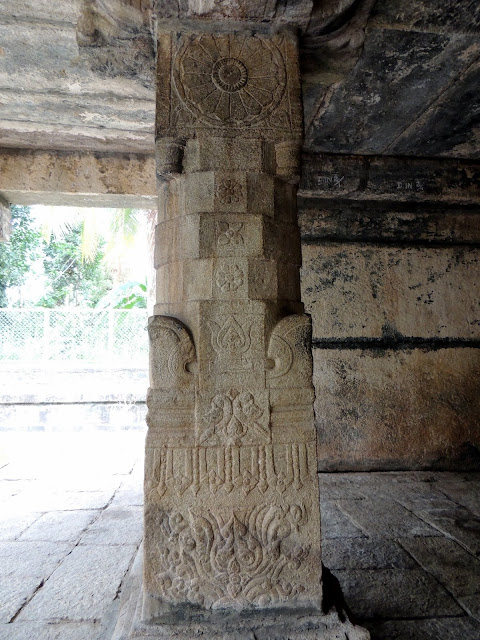 Samhith was excited by the depictions, and we tried our best to understand the symbolic representation. Unfortunately, there was no guide around to help us out. Eventually, the ASI chap himself helped us out, pointing out the important ones….such as this Swan in meditative posture…. 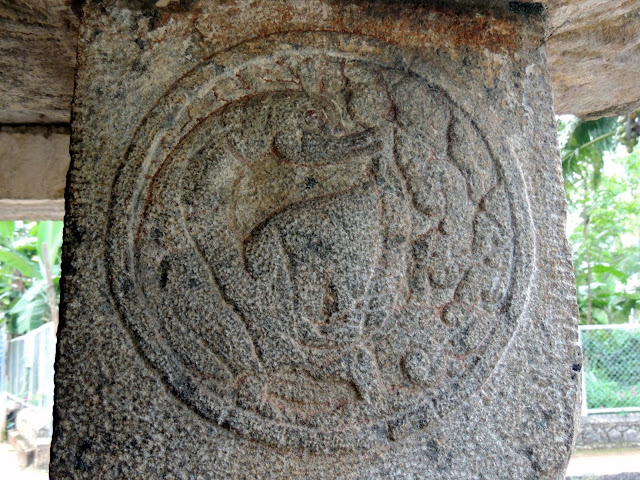 And this Naagapaasham, which, I thought till now was only a Hindu concept! 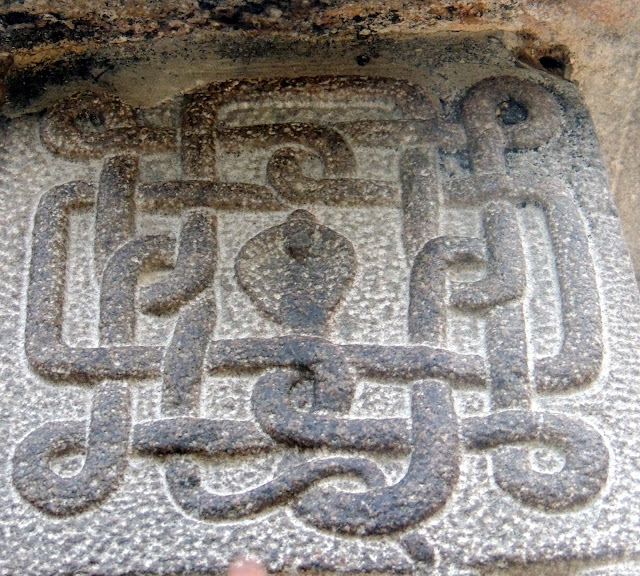 Here is Samhith, trying to figure out how the snake is entwined, with the ASI official's help! 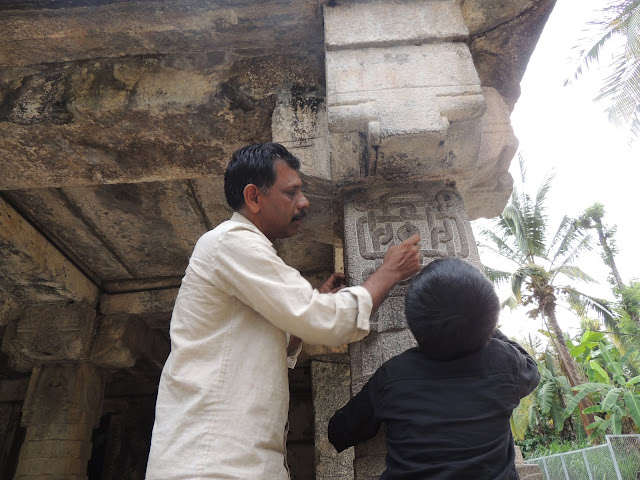 This Jain temple was among the last places we visited at Wayanad. It was then time to move on, and now it is time to move on again…. To the other places we visited on that trip. Meanwhile, I am off again, once again to Karnataka, in search of some relaxation for me, and more stories for you. I will be offline for a week or so, but when I come back, I will hopefully be rejuvenated enough, and full of enthusiasm to write more regularly!!! See you then! 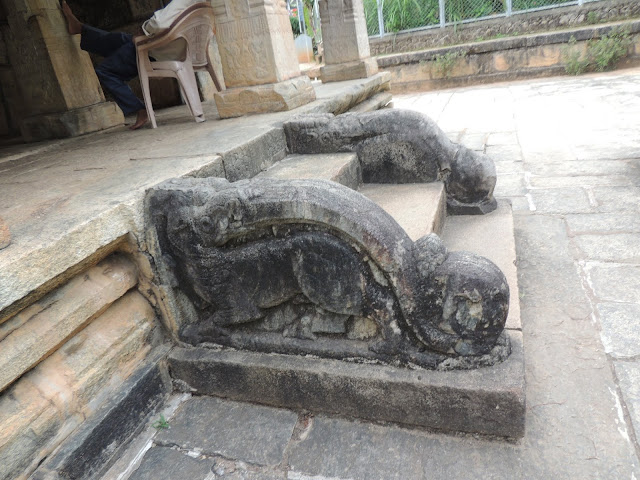