March 21, 2014
For a long time, I thought she was Queen Victoria, and I often wondered why she had a torch in her hand. The only other lady I knew who held a torch was the Lady of Liberty, and her standing here didn’t make sense either. After all, this was Victoria Terminus. It should be Queen Victoria standing up there, right? 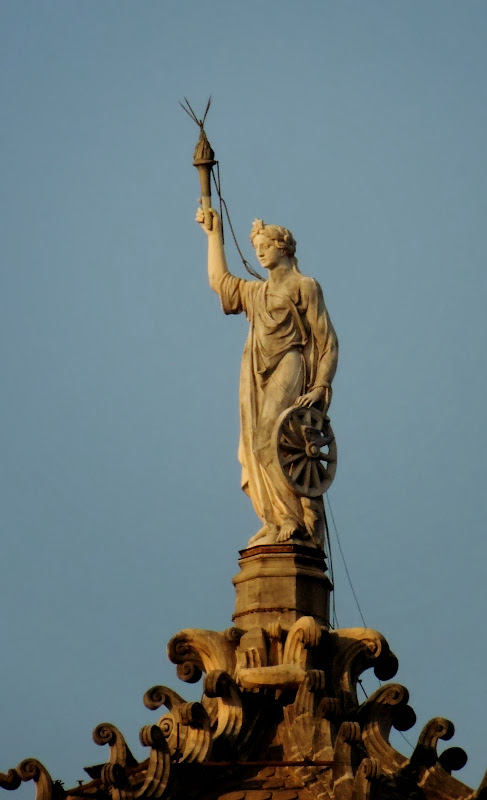 That was a long time back, when I was in school, and Victoria Terminus was just another railway station… a grand and beautiful one, which awed most of her visitors, but it wasn’t the UNESCO World Heritage Site it is today, and information about it was hard to come by. It was only much later that I learnt that she is the Lady of Progress, and that she holds that torch to show us the path ahead. Her left hand rests on a wheel – her symbol.

She is not the only woman up there on the beautiful structure. She is accompanied by three other statues - one representing Agriculture, another Engineering & Science, and the third, Shipping and Commerce - the pillars of progress. And yes, Queen Victoria was there too, on a niche in the central dome. Unfortunately, we can’t see her any more, since no one seems to know where she is.

They stand out there, in the open, waiting to be seen, to be admired, but it isn’t an easy matter, for this is one of the busiest railway stations in the world, still used for the purpose it was built for – which only makes me admire it all the more! Unfortunately, I am unable to find information which can help me identify these sculptures. Here is a closer look at two of them.... Do you know which they are? If you do, please enlighten me and my readers by leaving a comment below, and I will update this post. 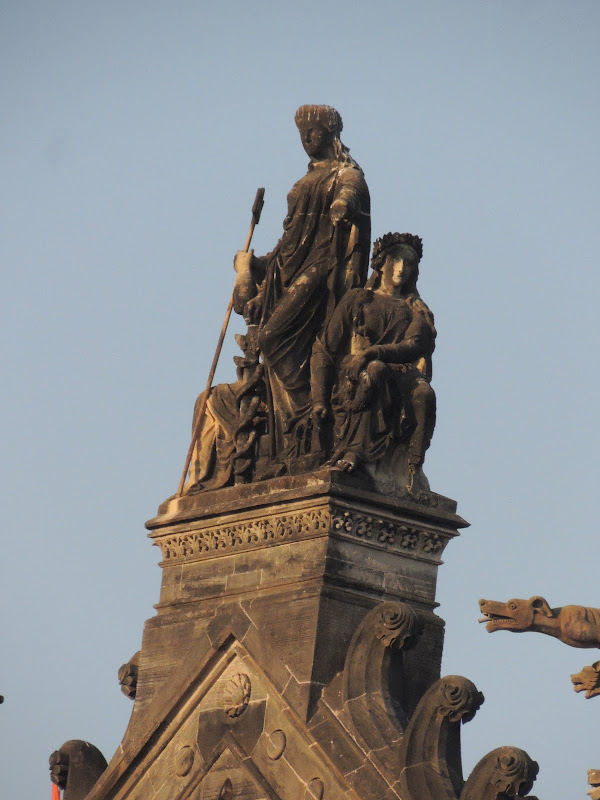 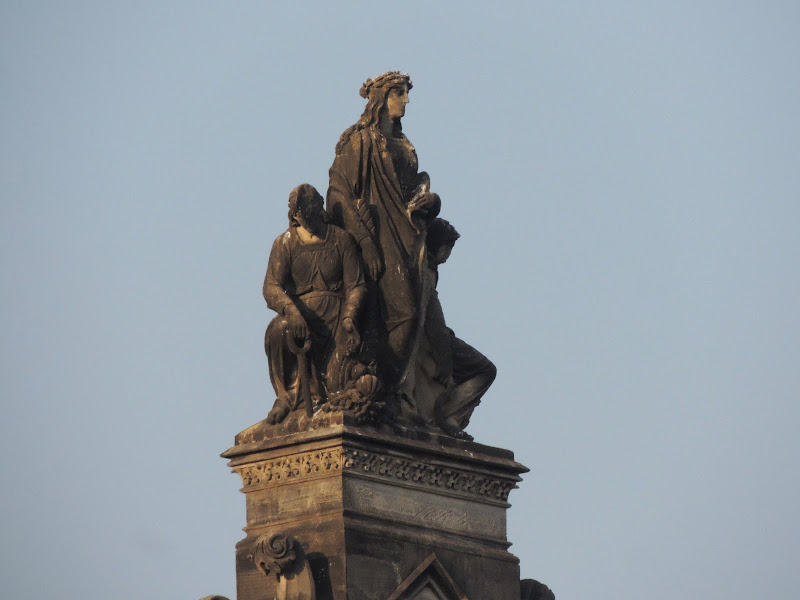 I managed to click these photographs while on an open decker bus tour, courtesy Audio Compass, who have launched a new Android App which helps us appreciate these beautiful heritage landmarks of our city. Also, the heritage gallery of the station (now Chhatrapati Shivaji Maharaj Terminus) is open to the public, from 3 to 5 PM on weekdays. Such initiatives are long overdue, and we need to make the most of them. So, stay tuned, for a photo tour of both, the Fort area in Mumbai, as well as glimpse into the CST Heritage Gallery, both of which are coming up soon….. Watch this space!