March 24, 2014
The winding road led us deeper into the forest, and the pouring rain ensured that miles passed before we saw a living soul. It was clear that we were lost. A tiny hamlet was a sight for sore eyes, and its amused residents informed us that we were indeed lost. We had taken the wrong turn , and had no choice but to go back. We drove slower this time, intent on finding our way, and thankfully, we did. As we stepped out of the vehicle and walked down a narrow path, navigating the pools of water left by the heavy rain, I wondered if the temple I had come all this way to visit was worth the long drive, and especially, the detour. A slight curve brought the temple into view – the wet, black stone in stark contrast to the lush green mountains of the Western Ghats, and I knew that it was indeed worth it all! 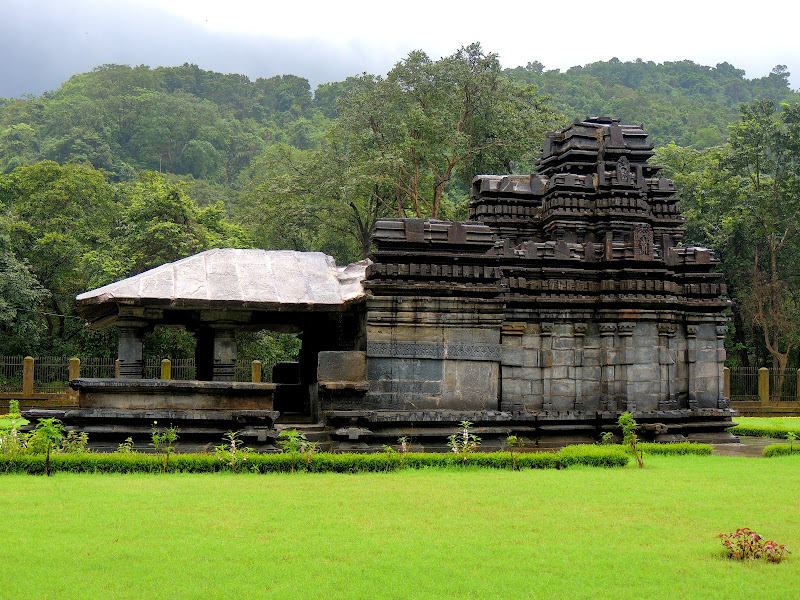 We were at the Shiva Temple at Tambdi Surla, in Goa, nestled within the protected environs of the Bhagwan Mahaveer Wildlife Sanctuary. When it comes to heritage, Goa is known for its churches, but this temple is one of the few reminders of the time before the Portuguese came to Goa and made it their own.

The temple dates back to the 13th century, and is believed to have been the handiwork of the Goa Kadambas. But even for them, it would have been no easy task to build this impressive structure in the middle of a dense forest, surrounded by nothing but wildlife. On the other hand, this would have been the perfect site for a temple dedicated to Shiva, the Lord who prefers his solitude. They couldn’t have chosen a better place!

At first glance, the temple is a simple structure built with local basalt stone – the main sanctum or garbagriha with a two tiered spire or vimana, a small antarala (ante chamber), and a Nandi mandapa  or hall, with the pillars holding up a sloping roof devoid of embellishments.

It is only as you go closer that you notice the details…. On the pillars…

On the outer walls…

And, on the vimana..

It is interesting to note that though the temple is one dedicated to Shiva, a number of these decorations depict Lord Vishnu. The temple also bears resemblances to Jain temples of that era, and thus gives us an insight into the blending of Shaivite and Vaishnavite thoughts, as well as the influence of Jainism, during the reign of the Kadambas.

The temple was deserted when we visited, and the only sound we heard was the rippling of water from the stream which flowed nearby. 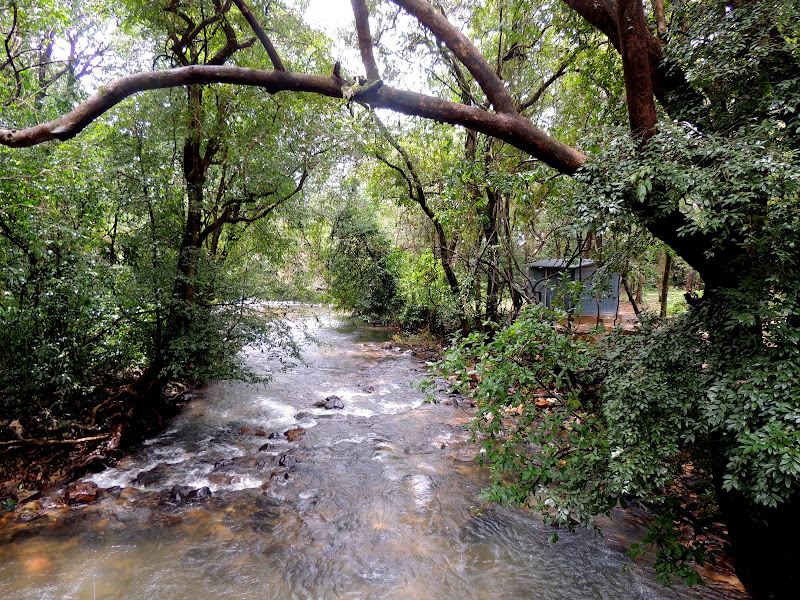 Soon, a man came running, saying he had been delayed by the rain. He was the caretaker-cum-priest, and he opened the sanctum so we could take a closer look. As if on cue, the rain started again, stranding us inside, giving us time to appreciate the interiors.

Watching the rain water drip from the sloping roof into the channels built into the mandapa, flowing out to the garden which is surprisingly well maintained, I thanked the Gods for the rain, without which I would have missed these tiny details!

As the rain finally stopped, and we readied ourselves for the long ride back, I turned back for one last look. The caretaker sitting on the porch, reading his newspaper, the fog rising behind the temple, covering the mountains…. it was the perfect picture of serenity and peace. Wish we could always live in such harmony with nature and the divine! 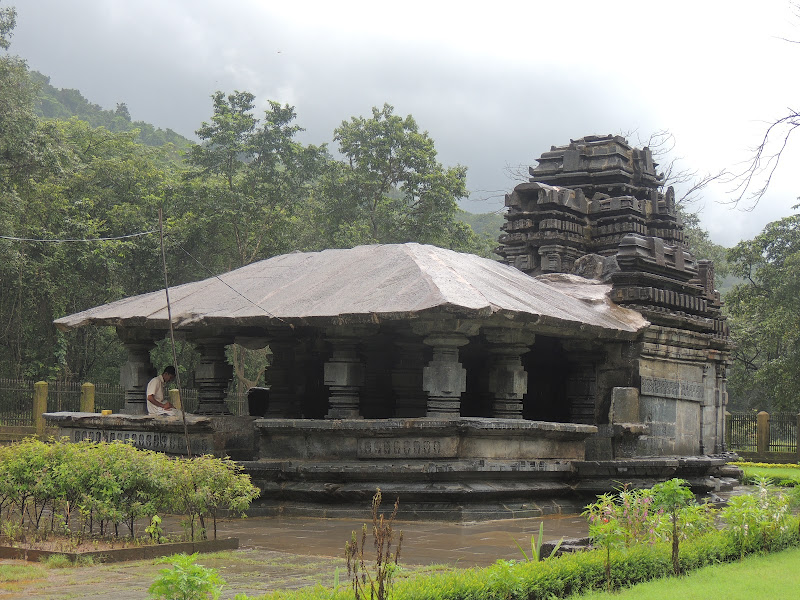 This was originally posted on the Club Mahindra Blog.. you can read it here.