September 16, 2015
A lantern hung on the branch of a tree, its pale glow just enough to find our way around. Our host rushed to light the fire, and details emerged from the darkness – the neatly whitewashed house, with a pretty garden around, a water pump, the kind I hadn’t seen in years, wickerwork chairs that reminded me of my grandparents’ house,  and a pair of care-takers, busy whipping up dinner for us. However, there was just one thing that Samhith noticed – the old fashioned charpoy (wooden bed) on the lawn! He needed no invitation to make himself comfortable, and declare that he loved the place! This was to be our last halt at Rishikesh before making our way back home, and I couldn’t have chosen a better place! 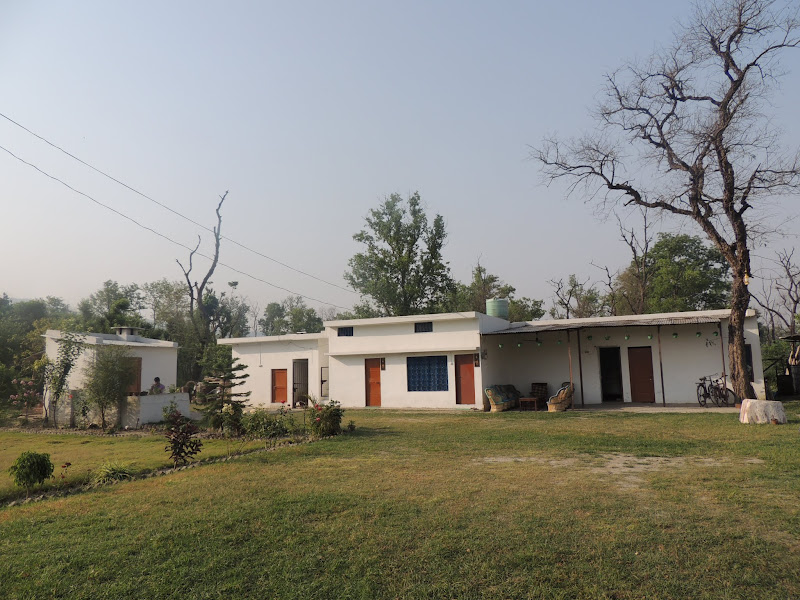 We were at Pahadi House, the work of Abhay Sharma, and his effervescent wife, Nandini, whom we met the next day. It was Abhay who had invited me, months earlier, to visit. The trip hadn’t worked out then, but when our plans for the summer kept changing and re-changing, I called him up and asked if we could come. He rushed to help, and soon, everything fell into place. He arranged for us to spend one day at the Beach Resort, which I have already written about, and the second at Pahadi House. 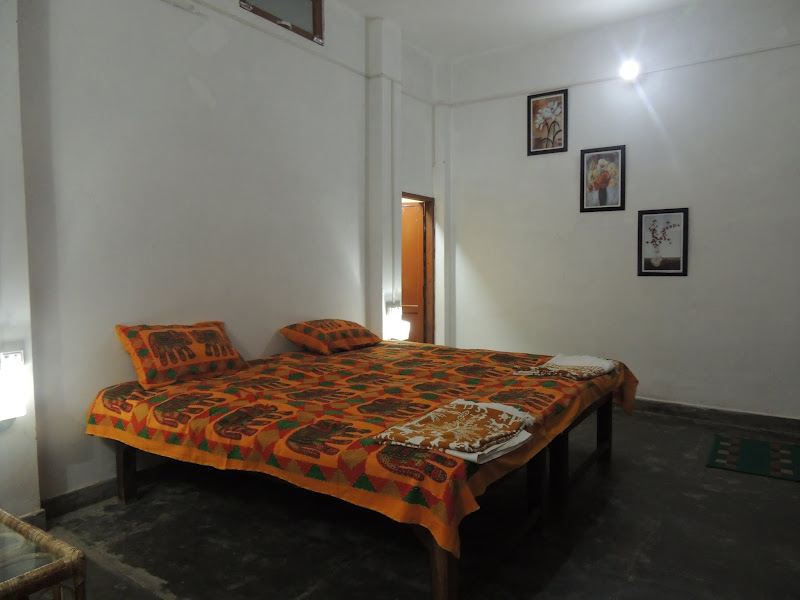 We arrived at the house late in the evening. The sun had set, and it was dark. Samhith was tired after the river rafting experience, and as for me, the house simply invited me to curl up with a book! How could I not, when our hostess had thoughtfully provided a small library in our room? 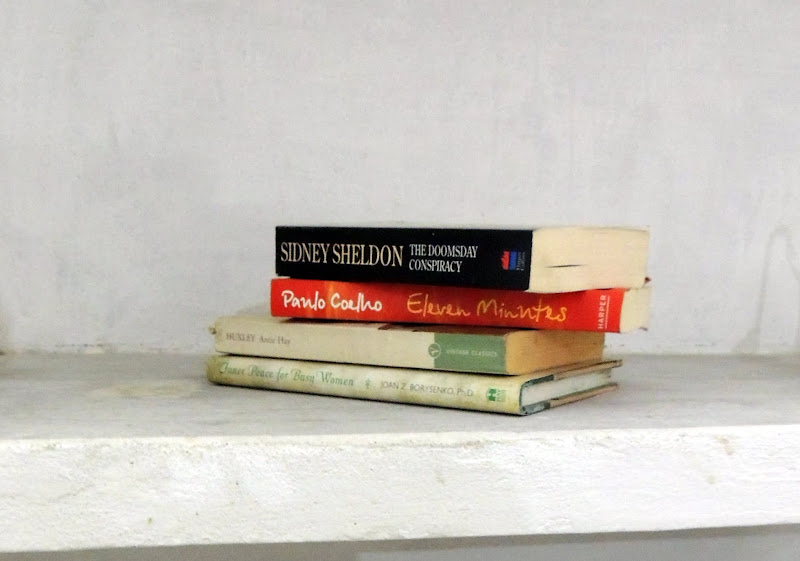 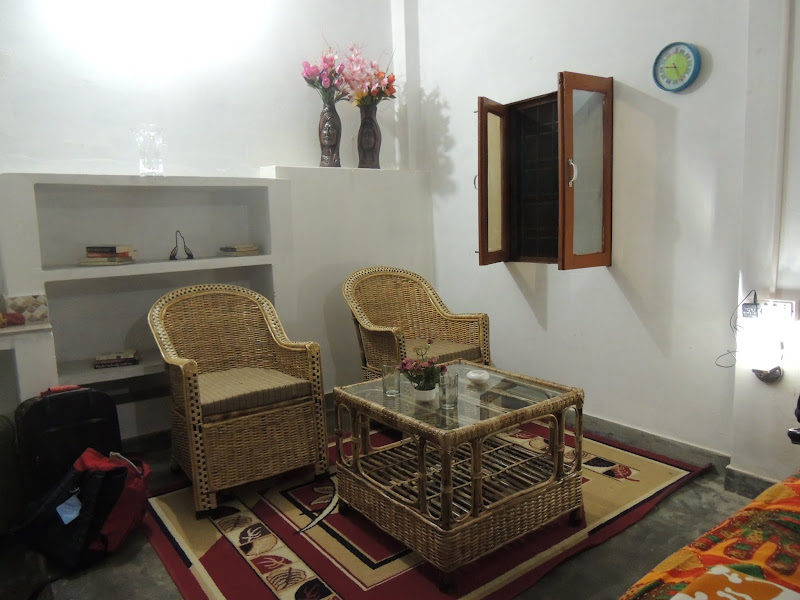 I awoke early, to the screeching of peacocks. The birds themselves were too far away for a good look, or a decent capture, but I didn’t mind. The weather was perfect. It didn’t feel like summer, and the fog rising from the river just across was a beautiful sight. I simply sat sipping tea on one of the wickerwork chairs I had noticed earlier, a book in hand, looking up now and then at the birds which arrived.

As a mother, I relish the peaceful moments early in the morning, before Samhith wakes up, and it was no different here. If anything, it was even more refreshing, to simply sit in the open, and listen to the sounds of nature.

The morning passed quickly, and Samhith awoke, eager to go see birds. The birds remained elusive though, so we instead focused on the simple, but superb breakfast – Aloo Parathas, fruits, juice, and tea. If only I woke up every day to such peace and food!

We heard the peacocks occasionally, but they remained just out of sight, and, after a short walk, trying to spot them, we gave up, and decided instead to just relax and enjoy the experience. While I lounged around with a book, Samhith found lots more to do.

First, there were the two dogs… huge German Shepherds, which were kept safely out of our way. He was, of course, curious about them, and kept trying to take a peek, which resulted in such a furious round of barking, that he hurriedly backed off!! Then, he discovered that there was a cow! He spent the rest of the day persuading the caretaker to allow him to milk it! He wasn’t successful in his attempts, but he thoroughly enjoyed being allowed to operate the machine which chopped the grass and hay for the cow!!!!

The water pump was the other object of interest, which kept him engaged for quite a while, putting in all his strength trying to pump a bucket full! Watching him, I ruminated about our choices, our way of life, and what brought us looking for such simple pleasures.

Later, we walked to the river, where Samhith played, while I collected pebbles and clicked photos. The river here was sedate and calm, a complete opposite to what we had seen in the mountains. The reason was the barrage upstream, which was closed. I wondered what it would be like, when the barrage was open, and there was nothing to dampen her flow. That was, however, a sobering thought, for it reminded me of the terrible floods of 2013.

We heard lots of stories of the floods, how angry the river had been, how far she had reached, washing off everything in her way…… the stories were endless, but I could only wonder if we had indeed learnt our lesson. Will we, at least now, learn to live in harmony with her, and not anger her again? Time alone will tell. However, initiatives like this, encouraging homestays instead of hotels and lodges, can go a long way towards this goal. 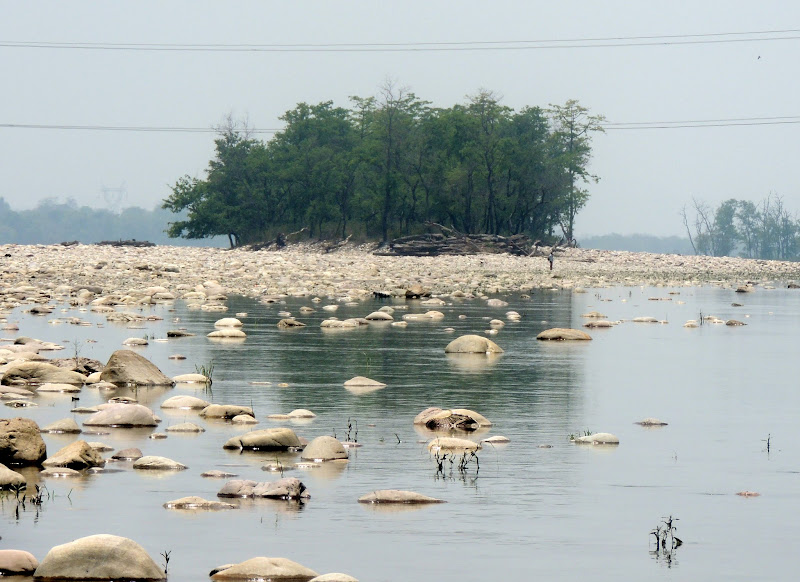 But, getting back to my story… In the evening, Abhay and Nandini took us for a drive, along the Chilla Canal, which diverts the water from the Ganges for producing power. Running alongside the sanctuary, the canal must surely have its ecological impact, but driving along it that day, all we noticed was the lush greenery on the other side, and the peacocks and deer we had missed seeing at the house! 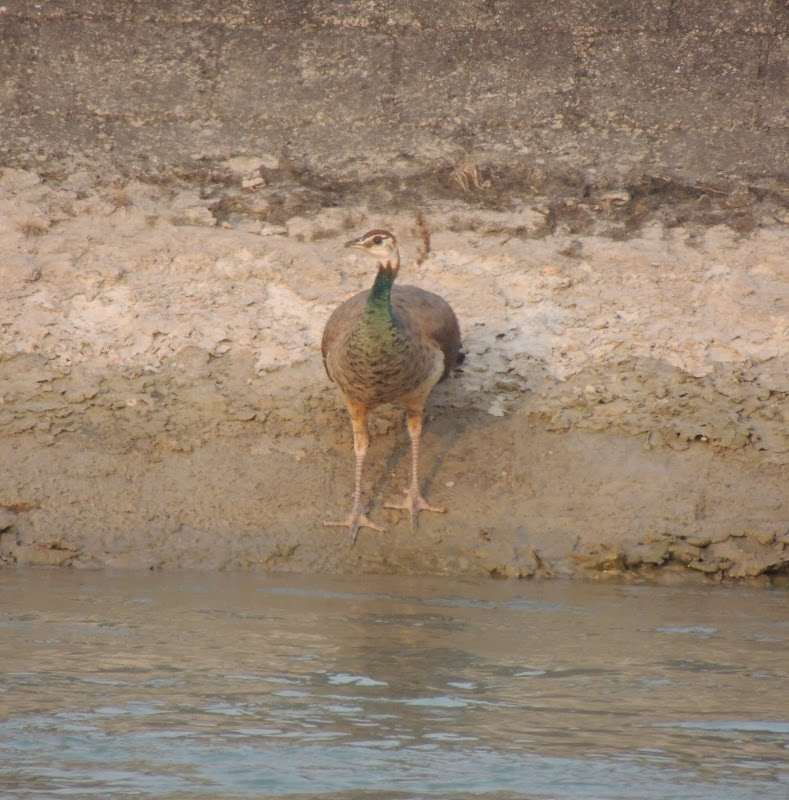 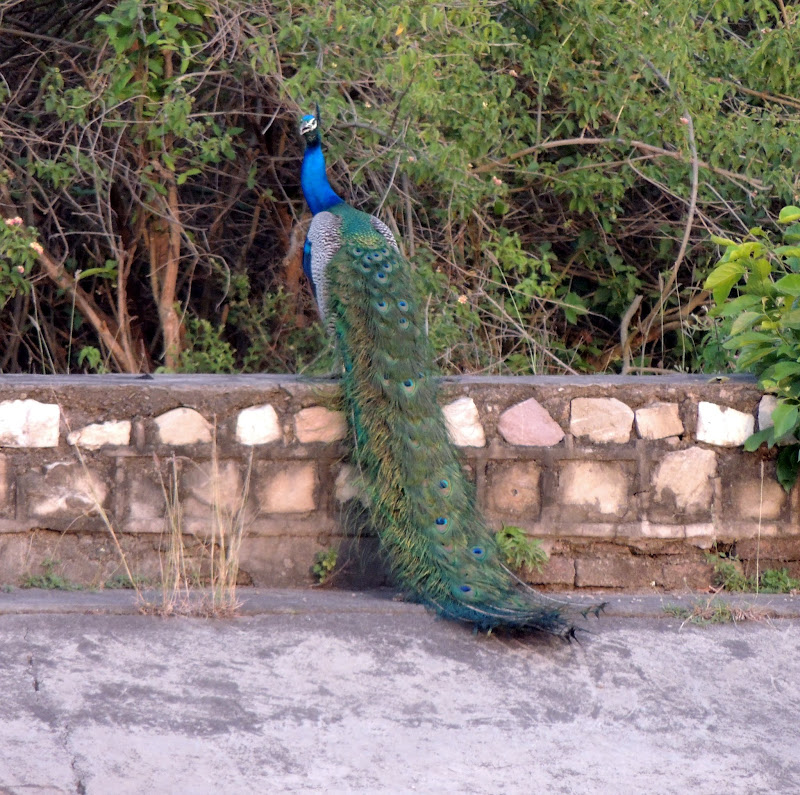 We gave the newly demarcated Rajaji National Park a miss, and chose instead to relax and chat with our hosts. The conversations wandered – from tourism to families, and stories galore! By the time we got back to the house, it was dark once again, and the lamps were lit. 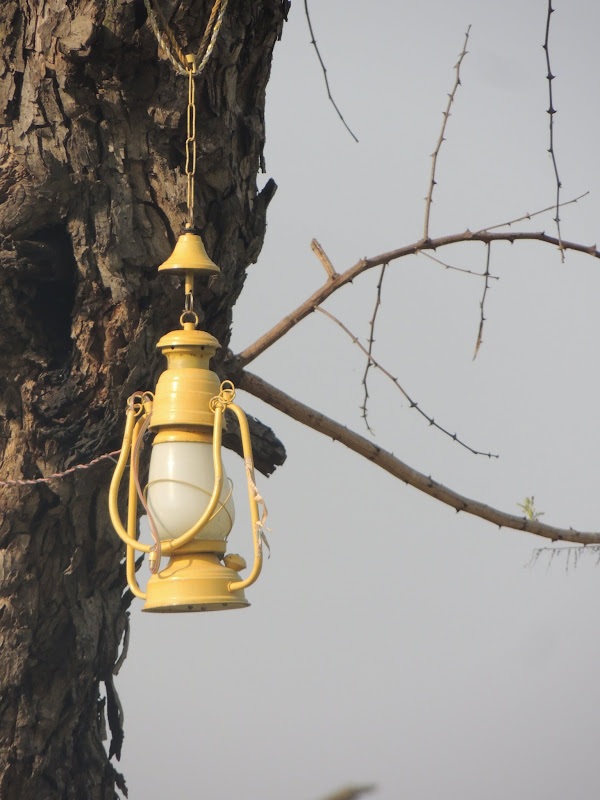 It was soon time for us to say goodbye, for we had to leave early the next morning. I wished I could stay just a bit longer… but work and further summer plans beckoned. It was with a heavy heart that we said our goodbyes, promising ourselves that we will make another visit… a more leisurely one.

It has now been 4 months since we returned, and as I write this much-delayed post, my thoughts are, once again, there… Samhith came up as I was typing and asked “Amma, when can we go again? Abhay uncle has another Pahadi House ready, right? Can we go and stay there? With Appa, and Patti? Can we call my cousins too?”

Of all the places I visited during the #summertrip , the least we did was at Rishikesh. We did not go sightseeing, avoided temples, didn’t go birdwatching, and I didn’t even try adventure sports! Yet, Samhith, and indeed, all of us, want to go there again! Why? Is it the relaxation, the utter and complete peace? Is it the rural experience? Is it the prospect of doing nothing? I really don’t know. All I know is, that this was an experience we treasure, and look forward to introduce to our family too… sometime soon, hopefully!