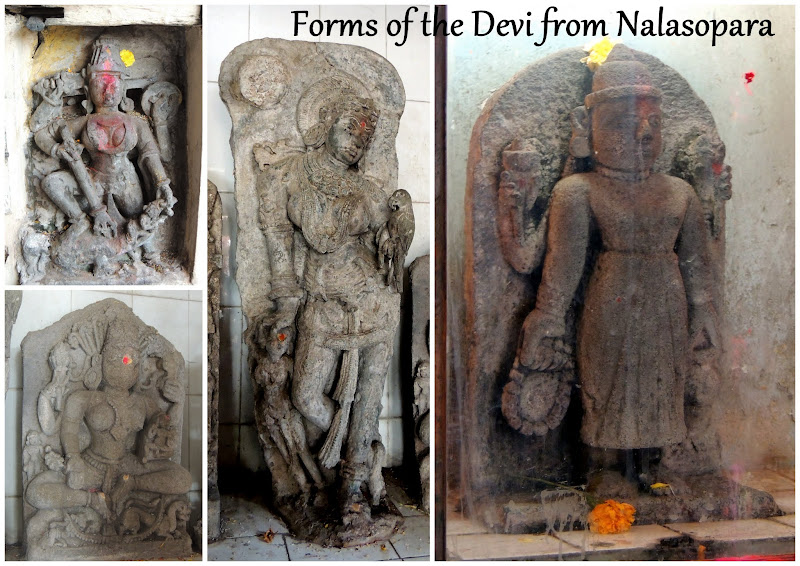 On this, the second day of Navaratri, let me take you to Nalasopara.

"What is there to see at Nalasopara?" you might be wondering. Isnt the place one of the farthest and most crowded suburbs of Mumbai? Well, yes, that’s all it is, today, but Sopara has a history which goes way, way beyond this island city of ours. It was once a busy port city, known as Shurparaka. It was known to foreign traders from across the sea, and has been mentioned in ancient texts. It was also a major centre of Buddhist activity during Ashoka’s reign, and Ashokan edicts recovered from the Stupa here point to a rich and glorious history lying forgotten under the layers of time.There is so much to write about Nalasopara, but this post isn’t about them. Since it is Navaratri, I am sharing with you, some images of the Goddess recovered from the pond at the Chakreshwar Mandir, Nalasopara. 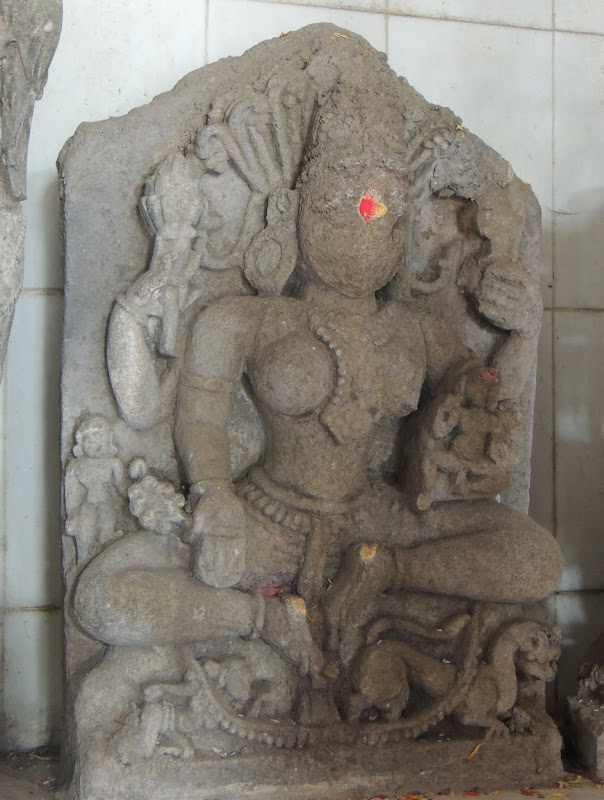 She is bunched with a group of idols recovered from the lake, and simply called a Yogini. She resembles Ambika, holding a child in one arm, a lotus flower in another, and seated on a lion. But, she could also be Skandamata. Whatever her name, she is an impressive figure.

Even more beautiful is this one, holding a parrot in one hand. The only such figures I have seen with parrots are from the South – Meenakshi and Andal. I have no idea who she is, but she is so beautifully carved, I just couldn’t resist clicking more photos of her! 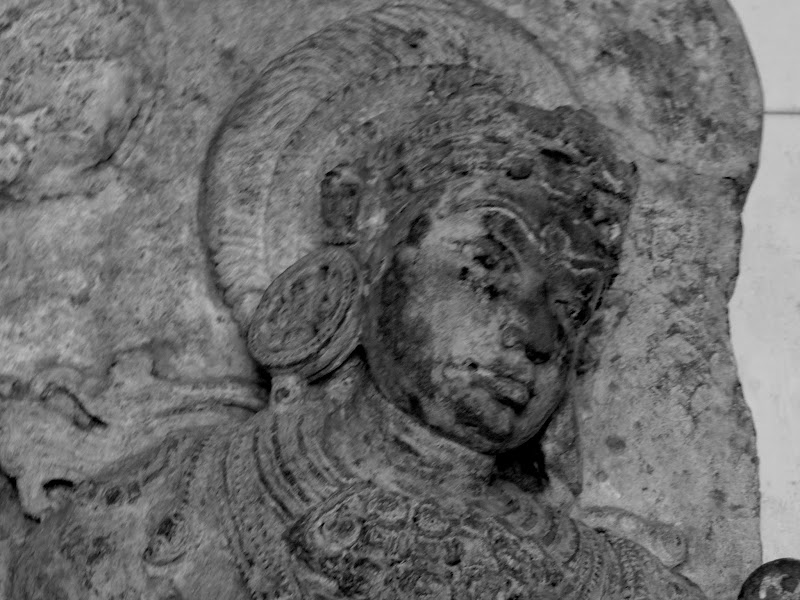 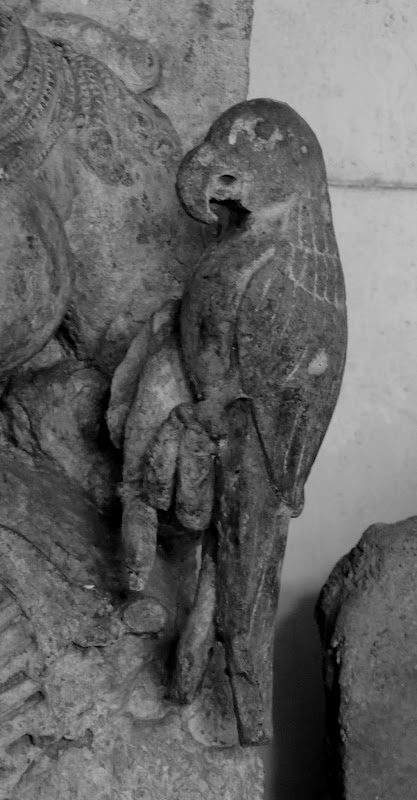 Fixed on a niche outside one of the smaller shrines in the temple, is Mahishasura Mardini, the only figure I could easily identify in the lot. She is roughly carved, but so beautiful, and the depiction is superb! Look closer, and you can see her dragging the human form of the demon out of the buffalo, holding his hair in her hand. She is ferocious, but divine at the same time, and she is one who has been invading my thoughts ever since I returned! 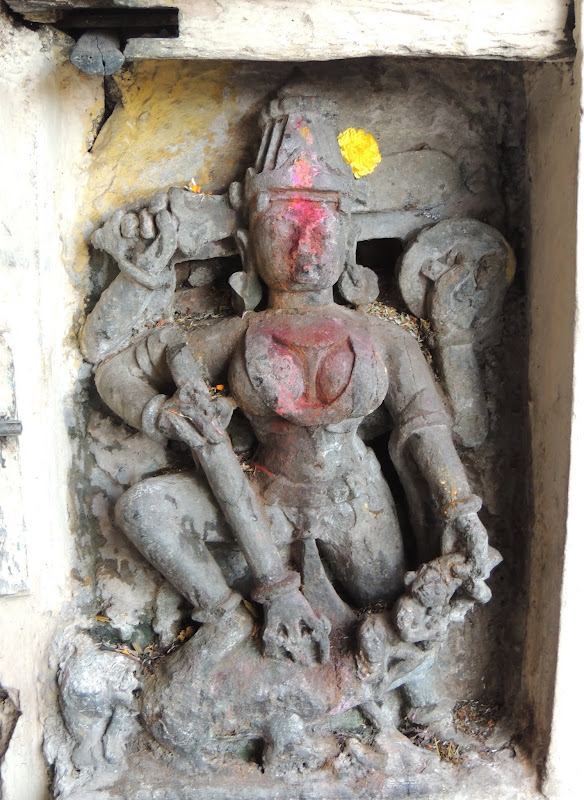 Finally, last but not the least, here is Parvati, standing behind the Shiva Lingam in the main sanctum. She is so different from the other figures, demurely clad, with a rosary in one hand, and a kamandalu in the other. She could easily be a saint, or the wife of one. Or, she may just be from a different period than the others. Whatever the reason, she stands apart from the rest, alone occupying a niche inside the sanctum. She made me reflect on the ideas and thoughts which go behind the making of an idol, of what makes them divine. 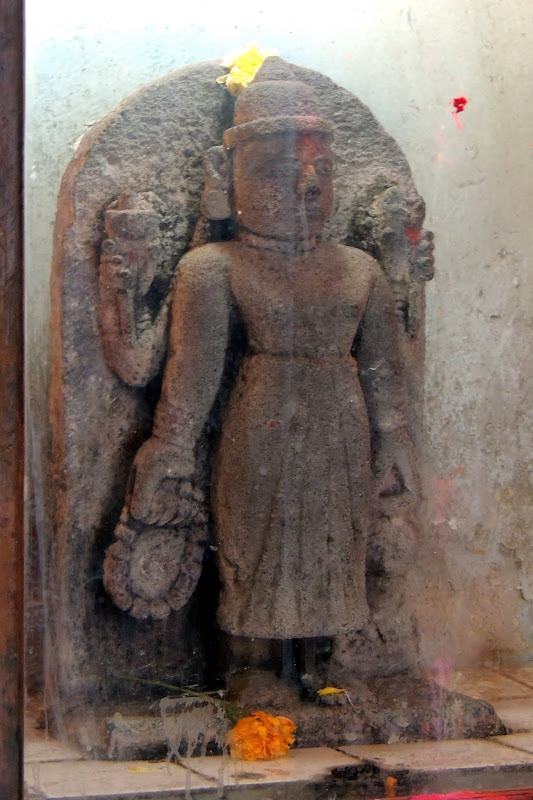 These are just four of the many sculptures we saw at Nalasopara, sort of like a teaser to the post on the ancient city, which I have yet to write! Incidentally, while reading up about Nalasopara, I learnt that Parasurama is believed to have installed the 64 Yoginis in this city. There is no sign of these shrines today, and it has been difficult to even get information. However, considering that we saw so many forms of the goddess in just this temple, I wonder how many are hidden under ponds, yet to be discovered, or lying unseen under layers of kumkum and sindoor, worshipped in some wayside shrine. For now, I leave you with these, and invite your comments.