July 17, 2009
The rains came at last, and brought along the usual problems – flooding for one, failure of my network for another. The latter was simply because some water entered the main switchboard of our broadband connection in the building, and it took them 2 whole days to figure out what the problem was.

Water logging in Mumbai is no longer news, though the news channels keep calling it ‘breaking news’ for some reason which somehow makes no sense to me. After all, what else can we expect, living on an island which once belonged to fishermen, but now belongs to builders who are intent on covering every piece of land with concrete?

The area we live in was once covered with salt pans. Some chap got the idea of leasing it out to builders, who promptly built around a 100 buildings in the area. The salt commissioner then went to court, challenging the ownership of the land. That was about 35 years back. Till date, there has been no settlement, the case is still in court, and we are technically living on disputed land. Recently, a building tilted, thanks to poor construction (of course, it had lasted for 30 years with the fault!!!) and all the residents are in deep trouble, living on lease within the colony, their homes in shambles. I shudder to think what will happen in a few years time!

Anyway, the rains brought along the usual problems this year, but the one positive aspect was Samhith’s school, which functioned through the flood! I called them up early in the morning, and they informed me that school was on, since most students would be arriving by buses, and hence would be safe. I have known the bus driver and the organizer for four years now, and knew he was a responsible man who would take care of the children, and breathed easy. The bus arrived on time in the morning and afternoon, and Samhith enjoyed the drive along water-logged roads, excitedly telling me when he came back –“Mamma, there was SOOOO much water on the road!!!”

Here are a few pics…

Waiting in the rain for the bus…. The roads around our building….. 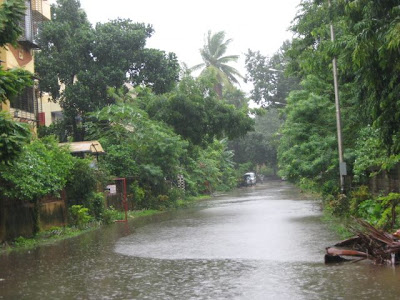 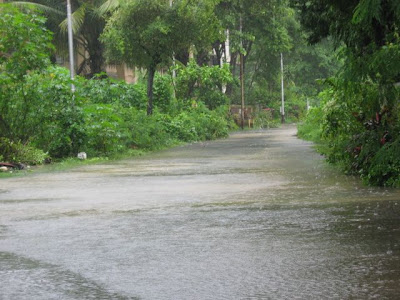 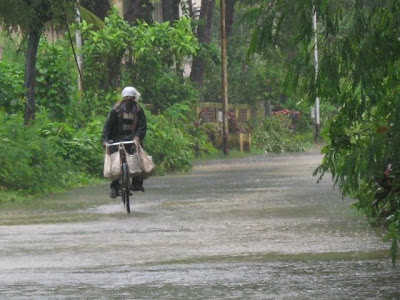 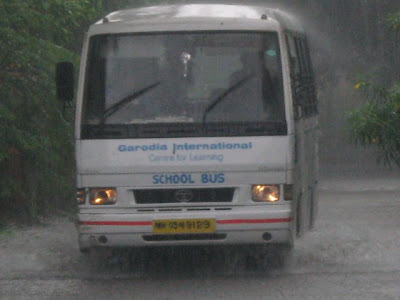 This is our all purpose garden and joggers park... needless to say, no one has been jogging for days! 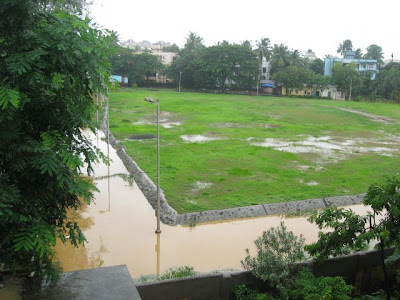 And finally, after the rains…… Samhith is happy, for the snails are back!!!!! Here are some of them….. 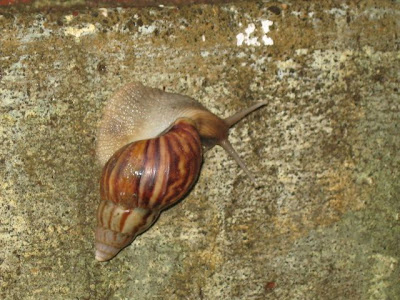 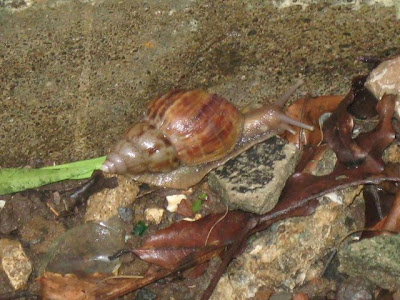 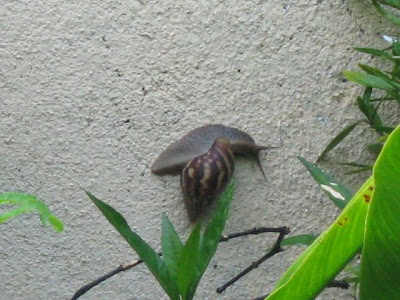 And this year, we have discovered mushrooms…….
They look nice to see and photograph, but as Samhith asked me “how can anyone eat them???” 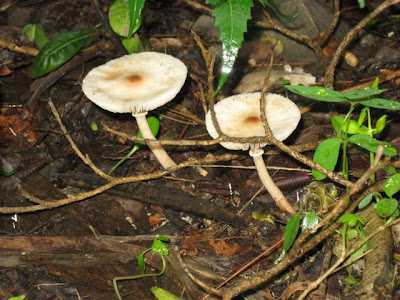 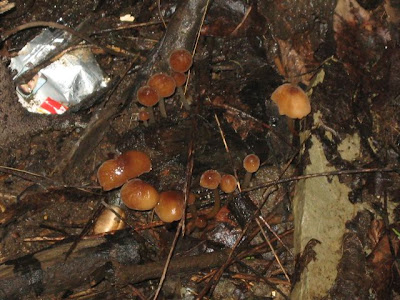