May 15, 2010
We had a big decision to make as our last day at Binsar approached. Our train to was at night, and we had to check out by 10 AM! What was to be done all day long? On one hand, I wanted to buy something for everyone back home, for I hadn’t been anywhere near a shop in a week! On the other hand, I also wanted to visit some nice place, something which would wrap up my vacation in a memorable way! We thought of visiting the sun temple at Katarmal, but I wasn’t in the mood to walk, and a visit to the temple involved a bit of trekking….. I wondered about shopping at Almora, but decided that I couldn’t possibly spend the whole day there! Finally, we took our driver’s advice and headed to Nainital – we could at least go for a boat ride after a bit of shopping!


While I am usually not very enthusiastic about hill stations, especially crowded ones, Nainital held an attraction for me – the fact that my parents had honeymooned here, almost 38 years earlier! Of course, the place would have been really different and much more peaceful then, but then, I never travelled with my dad, so it gave me a kind of pleasure to visit one of the few places he had visited in his short life…….


Enough of sentiments…. Let me take you along with me as we went to the temple on the banks of the natural lake, which gives its name to the place itself – the temple of Naina Devi, believed by some to be one of the Shakti Peethas, where the eye of Sati is believed to have fallen – and for the boating itself…..as to shopping, all I managed was to buy a pair of shawls for my sister and sister-in-law, and then the crowds made me want to escape, and off we went towards the boats…….

It was interesting to hear our boatman tell us that he was a groundnut seller for most of the year at , and that he only came to Nainital to row boats during the season. He had arrived just the day before us, it seems, ready for the rush which would soon arrive with the closing of schools all over the country! While we already felt the place full of people, we shuddered to think what would be the situation in the peak season! 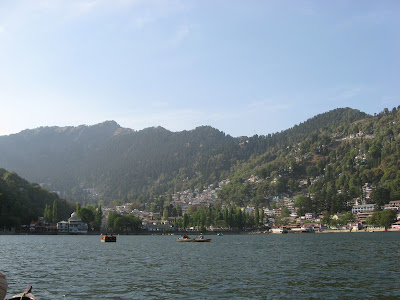 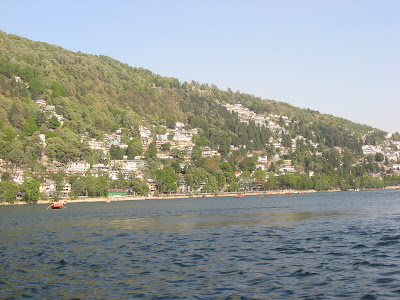 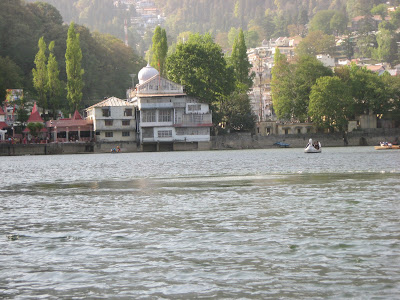 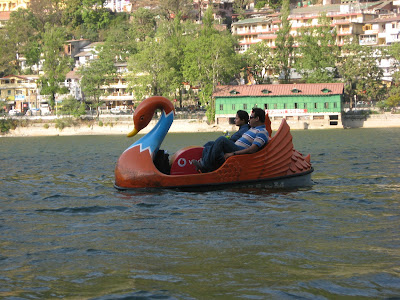 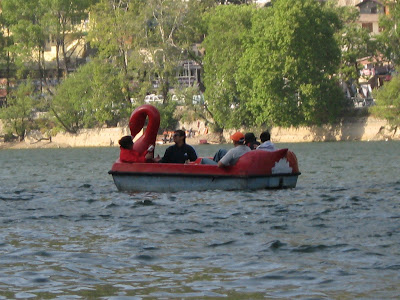 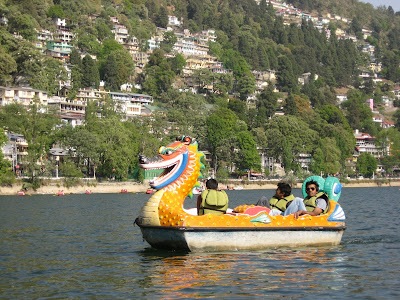 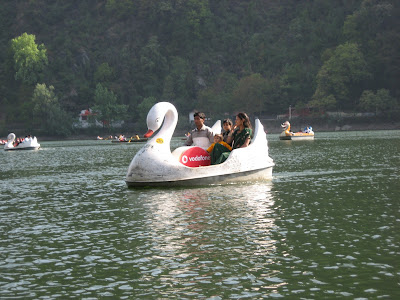 Another interesting thing in the lake is the aeration system fitted recently for keeping the water pure! From what I have learnt, the lake pollution levels had increased over the years and had resulted in fishes dying by the hundreds….. Finally, some steps were taken, and the lake was cleaned up and regular cleaning instituted….. Today, the lake looks wonderfully clean and pure; abounding in ducks and fish, and the water tastes wonderful too! You can see the bubbles forming a circular ripple on the water… this is thanks to the aeration system… 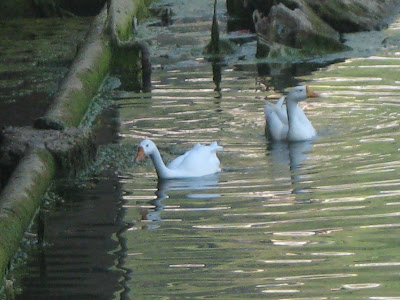 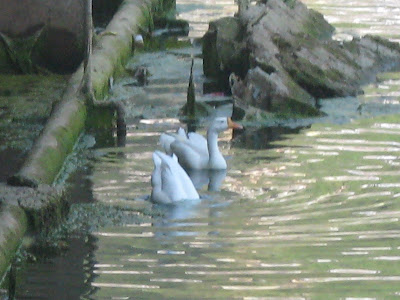 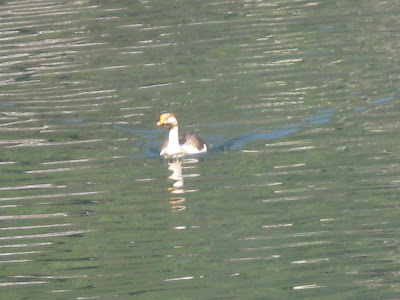 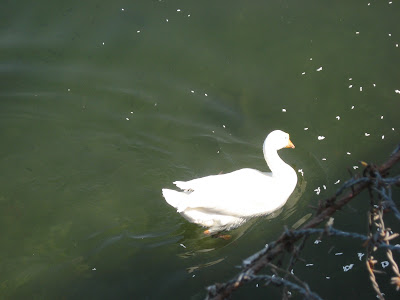 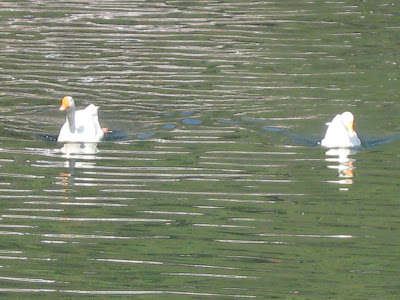 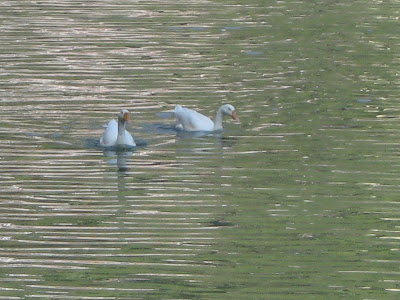 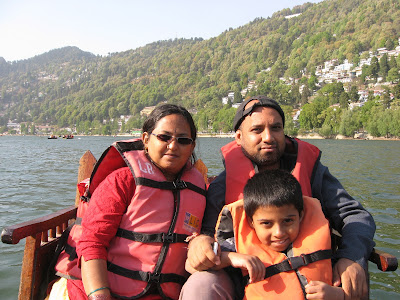 this is an expression you will rarely see on Samhith's face... he was actually concentrating on sitting properly, since the life-jacket was big for him and terribly uncomfortable! 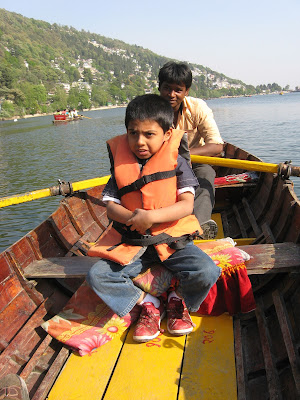 Our short sojourn at Nainital was over all too soon, and we headed back to our car and to Kathgodam, in time for a bite before catching our train…… As to the journey, it was uneventful, except for getting down at an unearthly hour at a station I had never even heard of before, just so that I could visit my cousin! Of course, it was worth the sleepless night, for the kids more than made up for it, playing as if they had always known each other, though they had, but met a few times, a few years before…… It was a fitting end to a much enjoyed vacation!