January 14, 2011
'Writer's block' is probably the only excuse I can give for not posting for so long! There is so much I want to write, but somehow, the words elude me... which is why I have decided to begin with posting some pics..... and being Friday, its time for SkyWatch Friday.....
This is how the sun greeted us, on the first day of our vacation. Our train was speeding towards Guntakal Station, and the sun had just risen...... mist and fog were everywhere, and when I opened the window for a better look, I got some strange glances from my fellow passengers, who shook their heads and pulled their blankets tighter around themselves! But even the chill, numbing wind couldn't make me take my eyes off the spectacular sight in front of me... Here are a couple of shots I managed... 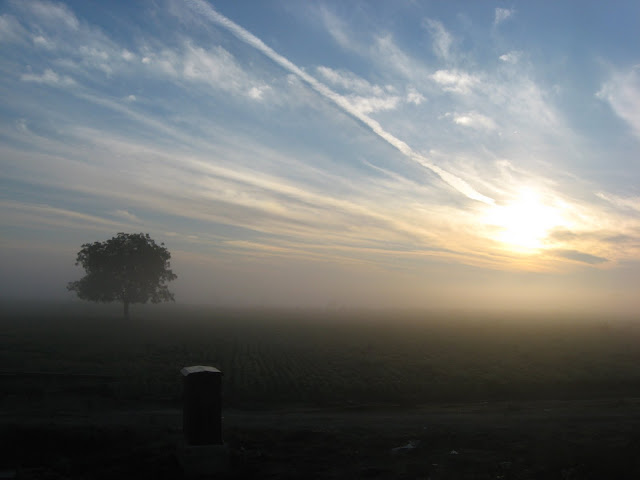 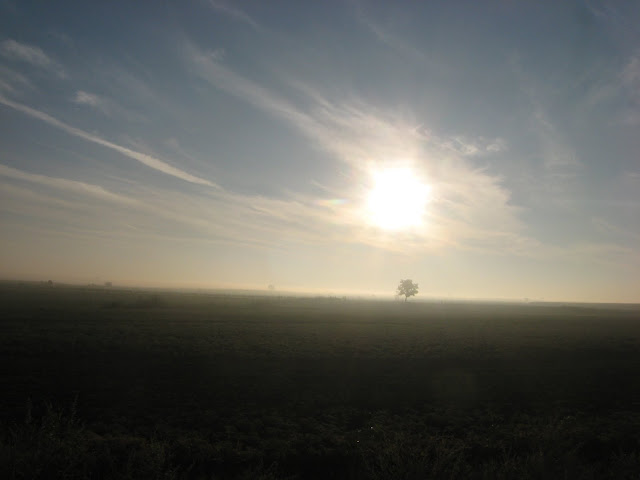 I liked the first pic more than the second, but neither really capture the feeling we had, of rushing through the mist, trees appearing and disappearing.... endless fields just a  blur against the horizon! As to the sun itself, here's another pic taken at the same time... Doesn't it look like an eclipse? 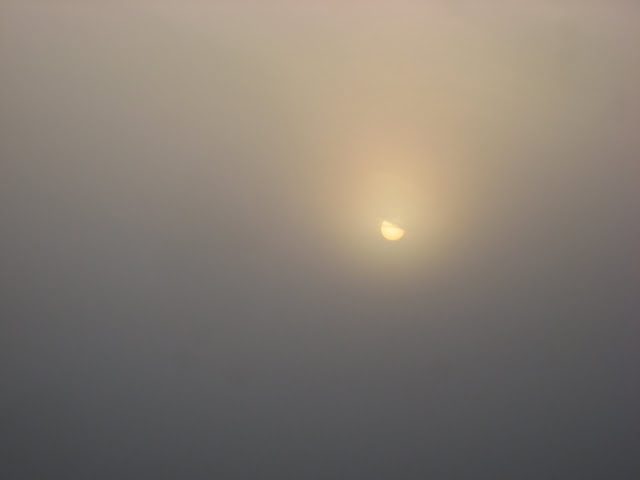 So, what do you think? For more skies around the world, go to Sky Watch Friday!