Our school library had a system where we were only allowed to choose among books that were considered ‘suitable’ for us to read. Raised on a steady diet of Enid Blyton books, I still remember the first time we were given one of Jim Corbett’s books to read. Our teachers had kept these books away from us, because they worried that our young and innocent female minds would be affected by tales of man eaters. They seemed to be partly right, because, for the first week, many of us spent sleepless nights imagining man eaters instead of monsters under our bed! I was fascinated by these tales though, and continued to read his books, in spite of the occasional nightmare!

It took a long time for me to discover that not all of Corbett’s books were about man eaters! There was so much more! He wrote about the people who made up ‘His India’ as he called it, about the villages, the customs and traditions, their beliefs and faiths, their fear and their superstitions….. and above all, their acceptance of him as one among their own. As I read more and more of Corbett’s books, the desire to visit his land grew too, but the trip never materialized….. Until last month, when Lakshmi called up, inviting me for the Club Mahindra Bloggers meet at their Corbett resort.
It was not just the place which attracted me, but the chance of meeting some of my fellow bloggers, with whom I had interacted so far only via the internet. It was so enticing that I grabbed the opportunity with both hands, even though it meant that I would have to leave Samhith alone for 4 days – for the first time ever! Convincing Samhith turned out to be not too difficult, thanks to their school announcing a 4 day trip next month – after that, it was simply an agreement between us – if he allowed me to go, and promised to behave, then he could go on his tour too! The agreement sealed, Navaratri over and done with, our toys packed for the next year, a few details to be taken care of, and I was all set to go to Corbett with my fellow bloggers I was so eagerly looking forward to meet!

The day dawned and I was so busy making all the last minute arrangements for Samhith and rushing off to the airport, that I didn’t even notice that my mobile internet wasn’t working. By the time I realized that I would neither be able to tweet nor use my email or Facebook during the trip, it was too late to do anything about it. Though that was a disappointment, I found myself relishing the thought of being completely offline for the next 4 days! However, more hilarious was the fact that in my hurry and my preoccupation with arrangements for Samhith, I landed at the airport wearing mismatching shoes!!!!! This was all the more amusing because I only noticed it while I was waiting in the queue for the security check!! That shows you how absent minded I can be!

The glitches now out of the way, the rest of the trip proceeded smoothly. I met Deepak Amembal, aka Magic Eye at Mumbai airport, and we met everyone else – Lakshmi, Neelima, Shivya and Karthikeyan, Arun Nair, Akshat, and Saurabh at Delhi airport, and we headed off to Corbett by road. Shivya and I were the only ones who managed to get some sleep in spite of the condition of the roads, but the sight of the Club Mahindra Safari resort pushed the thoughts of sleep far far away! Our rooms overlooked the river Kosi, which separated us from the mountains, and time flew past, as swiftly as the birds which thronged the river for fish! Thoughts of a quick nap died as soon as they came, and we spent our time in the balcony watching birds instead! 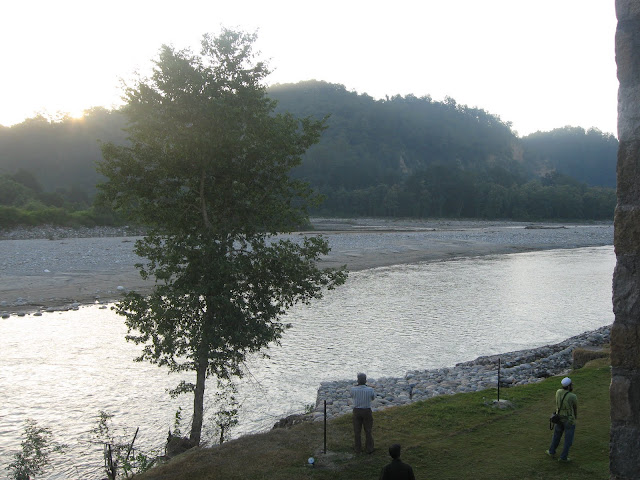 That seemed to set the tone for the trip, and all our activities changed to focus on nature. We went out for adventure sports and ended up watching butterflies; we went bird watching and saw lots and lots of spiders; we went looking for the elusive tiger, and instead saw some rare birds; and  finally, on our last evening, we thought of relaxing at the resort, but instead watched and (tried to) photograph river lapwings! If you are wondering about the words in parentheses, it’s because my attempts at bird photography were quite unsuccessful, which brought home the fact that I desperately need to upgrade my camera!

And no, bird and insect watching is not all we did. We visited the home of Jim Corbett which is now a museum dedicated to his memory, we visited a beautiful waterfall also named after him, and besides, we even snuck in a trip to Nainital! 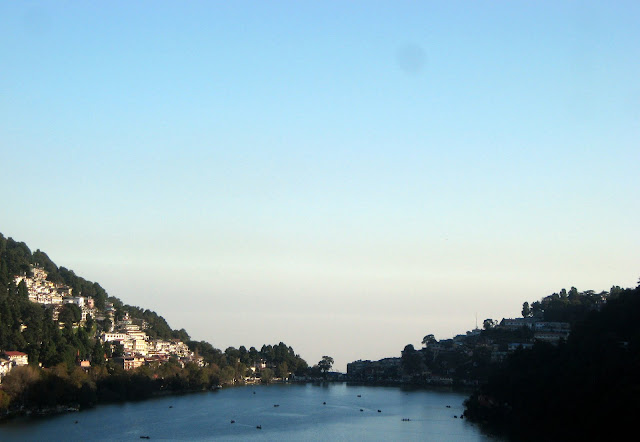 Over and above all the places we visited, what really made the trip memorable were my travel companions. We were all of different age groups, from different backgrounds, and different interests, but there was one thing which bound us all together, and that was our love for travel! This was the first time I found myself in such company, and I not only enjoyed myself to the hilt, but there was so much I learnt from them too – be it tidbits on the usage of social media, or talks about different cameras, spotting intricate spider webs I would never have noticed before or talks of publications and taking our blogs to the next level! The conversations were varied, but always interesting, and we laughed and talked together, probably making the other guests wonder about us! The four days passed by in a blur, and before we knew it, it was time to get back to our normal lives. 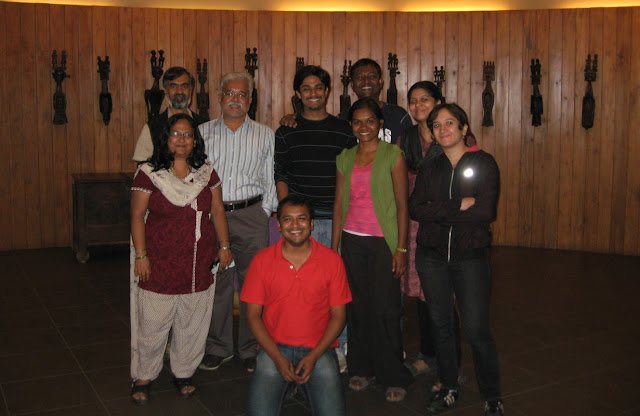 As we bid goodbye to Corbett and I curled up once more in the backseat of the car, ready to sleep through the return journey, I couldn’t help remembering the man who gave his name to the area, whose stories had drawn me to the place. Much would have changed since the days when Jim Corbett lived here, but as we drove through the forests, it was impossible not to think of him. Corbett may have left India when we gained our independence, but we had our rendezvous when we visited his land! My warmest thanks to Club Mahindra for giving me such a wonderful opportunity to experience the land of Jim Corbett!

As for you, my dear readers, this is just the beginning... it was meant to be a sort of introduction, explaining my absence for the last few days. There are more posts coming up in the next few days with details of the trip, so watch this space!