A lone fort stood over a hill, on an island just off the creek. The island was a small one, with a fishing village at the foot of the hill, and a fort atop it. From what we could see, from across the creek, there was nothing much to be seen. The fort appeared to be in ruins, as were most of the other forts we had seen in the area. Yet, a friend had assured me that I would like the place, and it was all thanks to him that we driving in the relentless heat towards Korlai Fort in Alibag.

The trip to Alibag itself was one I hadn’t been too keen on. The long weekend was approaching, and the harried citizens of Mumbai were making their way to their regular weekend haunts in and around the area. The rush at the jetty and the crowd in the catamaran had just confirmed my worst fears – of a weekend spent in the midst of teeming tourists! A cousin, however, was visiting, and he wanted to go – so there we were, three cousins and a naughty nephew, at Alibag. We had spent the morning in peace, communing with nature at Akshi beach, watching the sun rise behind the acacia trees and crabs emerge from their hidey holes. We had woken up early enough to beat the beachcombing tourists and were now heading to the fort, hoping that the sun would deter most of the crowd from making the same jaunt as us! 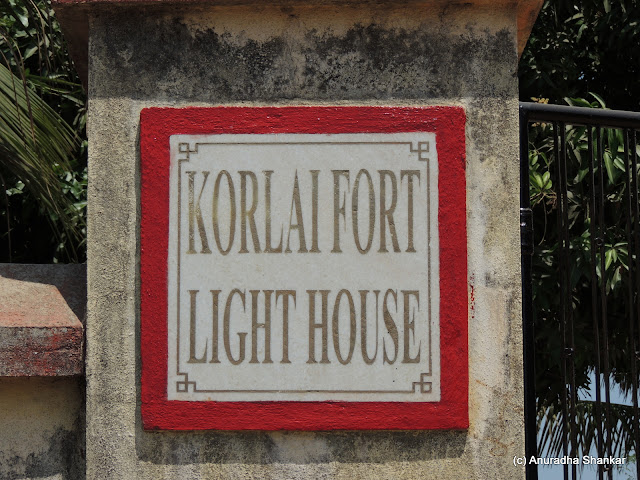 One of the most interesting things about Korlai, is its name. This small island was once called ‘Morro de Chaul’. Morro, in Portuguese, implies ‘a small, rounded hill’; words that best describe the hill atop which the fort is built. The present name – Korlai fort, comes from the village of Korlai on the foothills. This name also comes from the Portuguese – the residents of this fishing village speak a dialect of the Portuguese Creole called ‘kristi’. The word Creole eventually was distorted to Korlai. 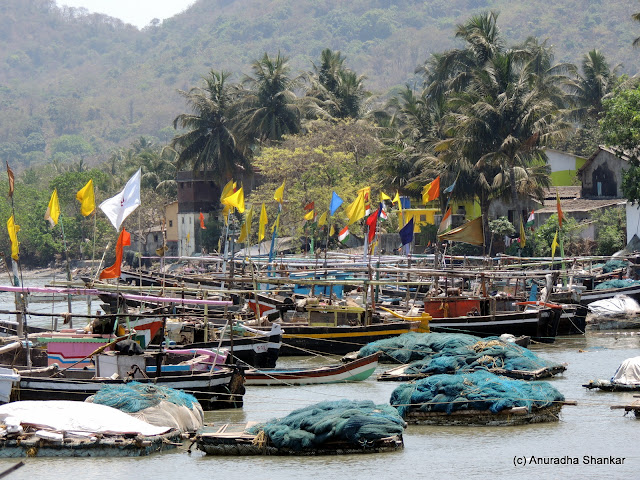 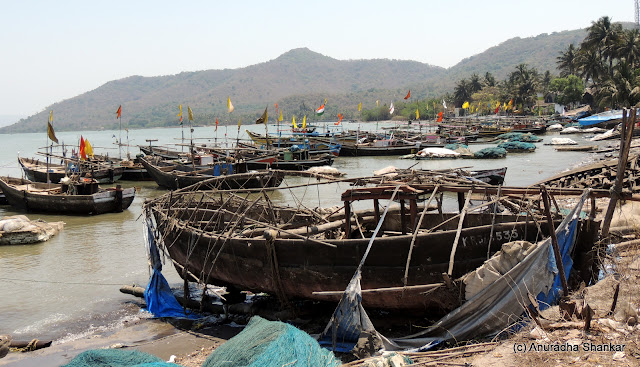 It is also said that the name comes from the numerous curlews, which arrived here every year. There were no curlews when we visited, since it was peak summer, but we were the only ones on the glorious beach, which seemed to stretch on forever! 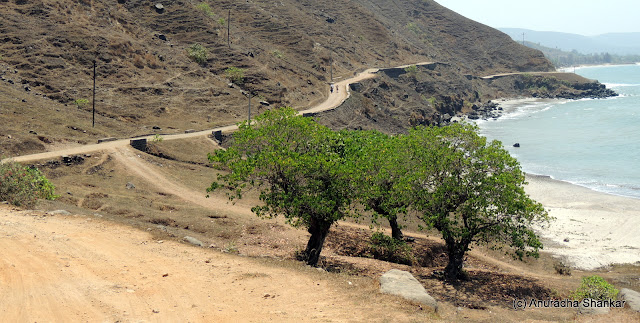 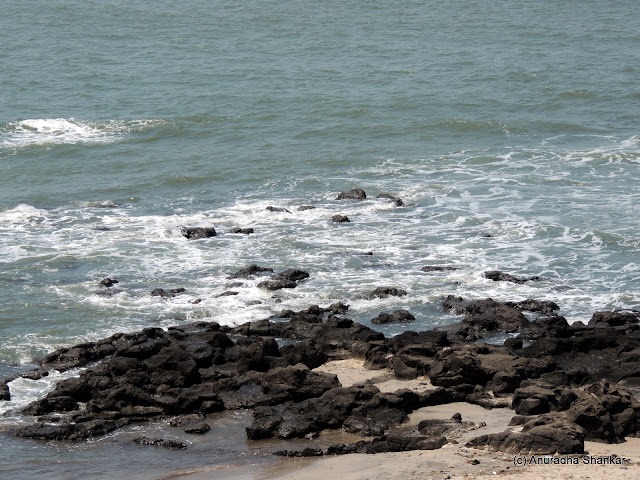 The Korlai fort was built by the Portuguese in 1521, as a companion to the fort at Chaul, guarding the Revdanda Creek. It commands a wonderful view of the creek and is a perfect location for monitoring ships arriving in the area. It was undoubtedly one of the more important forts of the 16th century. The fort passed into Maratha hands, and later into those of the British in the eighteenth century. While the British are said to have used a beacon on the island to help ships navigate, the fort was neglected and it eventually crumbled and left the ruins we can see today. 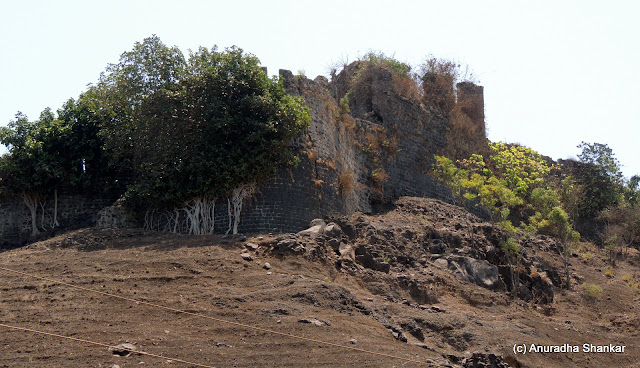 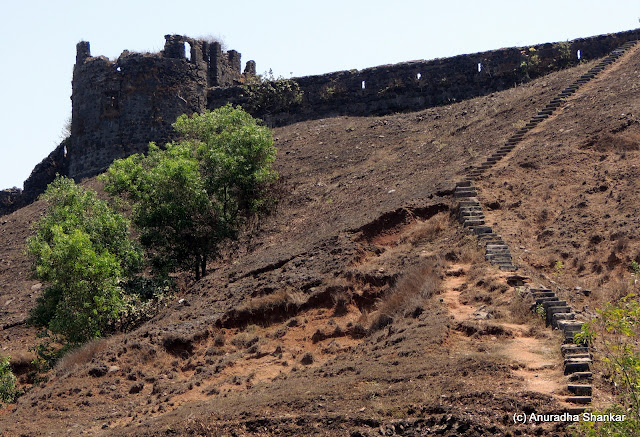 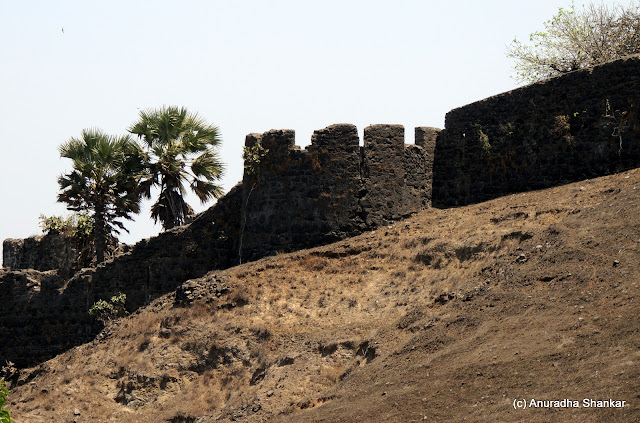 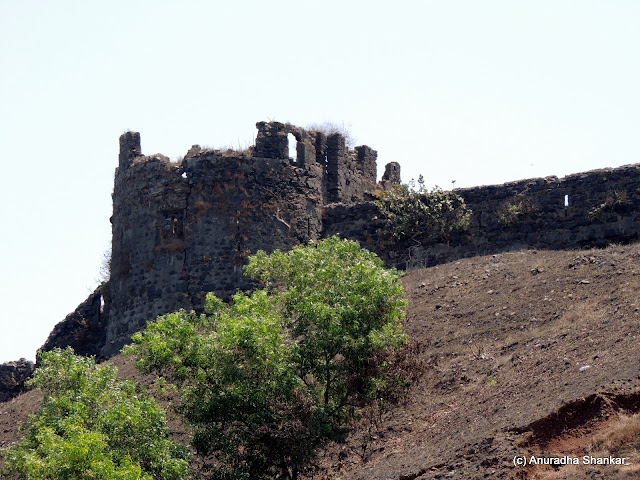 A set of narrow steps cut in the hillside takes us to the fort, where little remains but an old church and the remnants of a rain water harvesting system. A climb to the fort is worth the effort, simply for the views. But if you are deterred by the condition of the steps, you can still enjoy the view from the lighthouse. 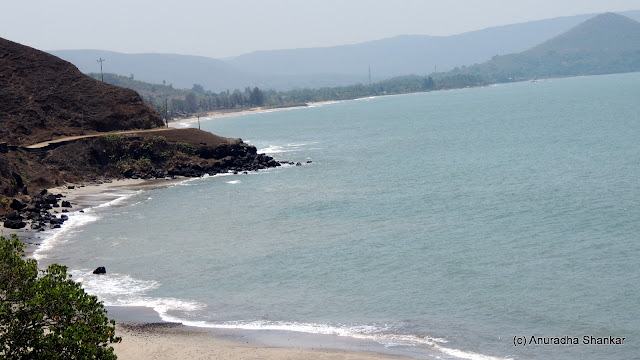 The Korlai Fort lighthouse was commissioned soon after India gained independence. The lighthouse tower was built in 1955 and the small island once more began being used – this time for peaceful purposes, by helping ships navigate! 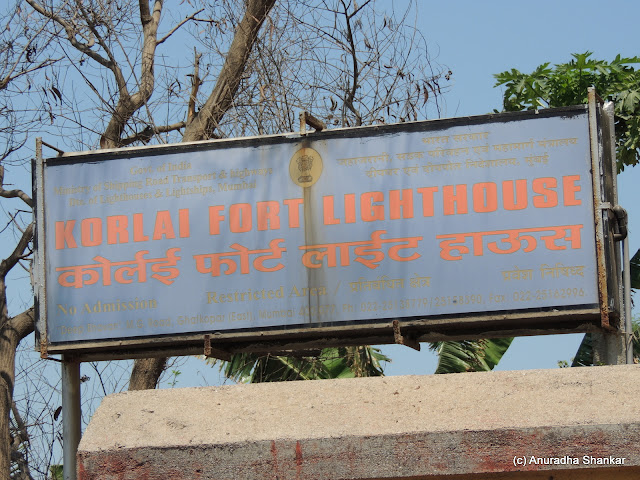 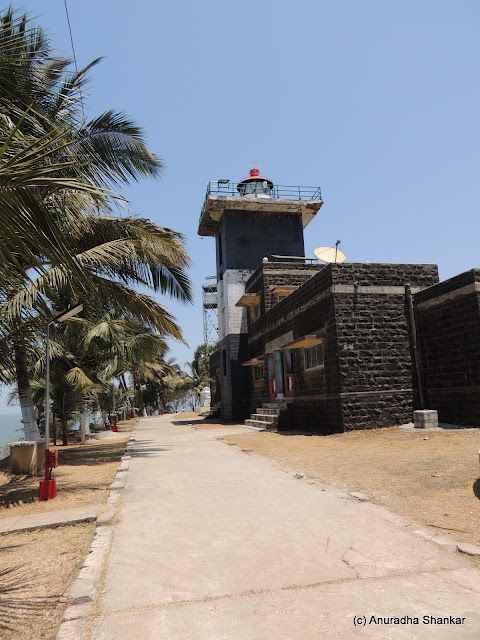 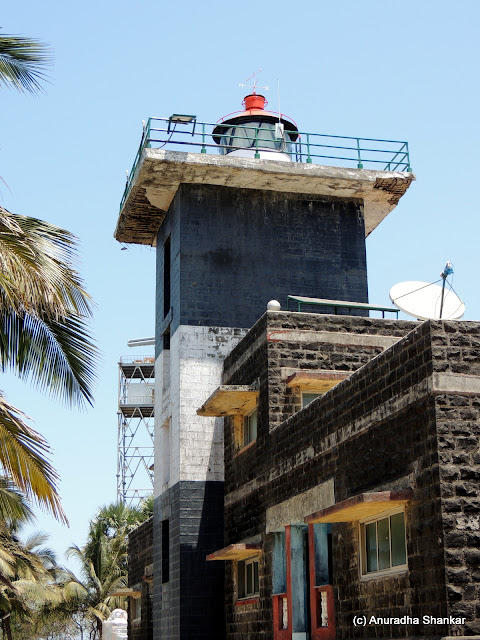 The lighthouse is open for visitors between 4 PM and 6 PM, but someone is always present there to help visitors who arrive at the wrong time, as we did. A young trainee manning the lighthouse was happy to help us up the winding staircase and then tell us how the lighthouse worked, while we feasted our eyes on the sight of the Arabian Sea stretching out ahead of us.

We could have stood there and admired the sight forever, but time was rushing by, and we had spent more time here than we had intended to. We made our way back to the auto we had come in, stopping for a sight of raw mangoes dangling temptingly from the trees.... 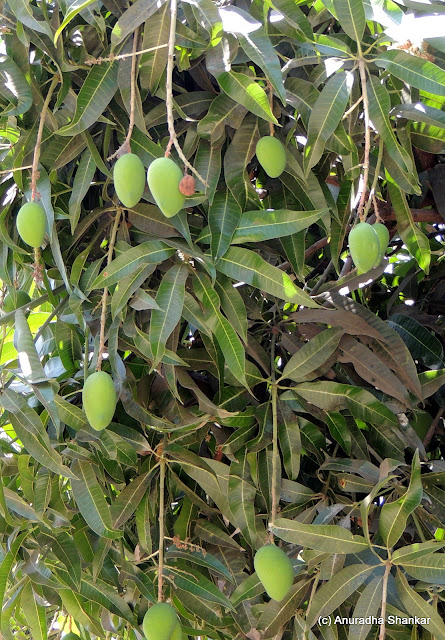 Our last sight of the place was the caretaker sitting peacefully in the shade by an old, forgotten cannon..... 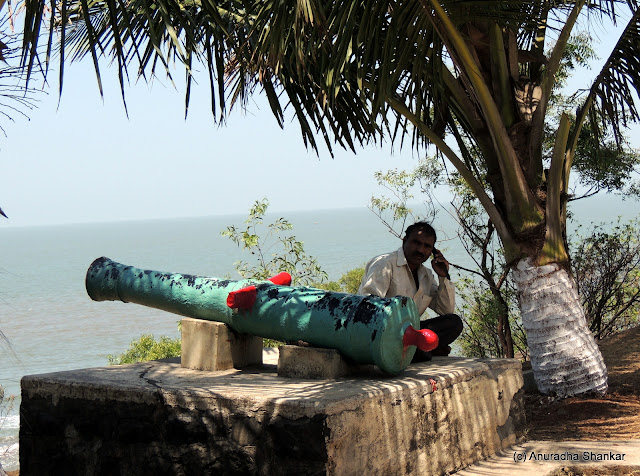 They represented Korlai so perfectly – the past and the present, co-existing in harmony with each other!

How to reach: Alibag is about 100 Km from Mumbai by road. Plenty of buses are available. However, the more interesting way to visit Alibag is by ferry from the Gateway of India. There are 3 catamaran operators – PNP, Maldar, and Ajanta – and tickets can be booked at their office at the Gateway. Both AC and Non AC seating is available. The journey by ferry from Gateway to Mandwa takes about an hour, and the fare also includes a bus ride to Alibag from Mandwa.

Where to Stay: There are plenty of lodges and hotels in Alibag catering to every budget. However, a much better option is to check out one of the many homestays, where the main attraction is lip-smacking home cooked food – both veg and non-veg.

Tip
Korlai is about 20 Km from Alibag, and plenty of share-autos are available for the journey, apart from the State transport buses. There are no options for stay at Korlai. The nearest would be Revdanda. However, if you have the right connections, it is possible to get permissions to stay overnight at the lighthouse itself! This should be an experience worth trying out, so if any of you knows anyone in the state government or the lighthouse department, please try to do so!