January 12, 2015
This was a trip I had long looked forward to – my first visit to the eastern parts of India, beginning with Kolkata! It was also one of the most difficult of trips to plan – there was so much I wanted to see, and yet, I had so little time to pack it all in… oh, and yes, I wanted it to be a relaxed trip, not one where I ran from one place to another. Eventually, I spent just 2 days in the city, arriving early in the morning, and leaving the next evening. How much could I pack into the two paltry days? Quite a bit, apparently. So, here then, are my experiences, in the city of joy! 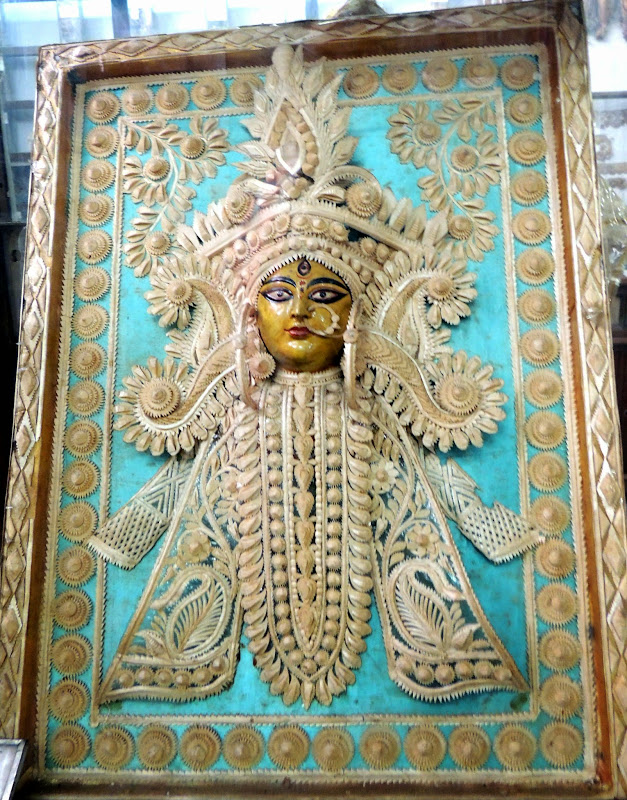 Kolkata greeted us on our first visit in a manner we shall not forget anytime soon – with a taxi strike! Arriving at the airport at 11 PM, we were greeted by a long queue at the taxi counter, the likes of which I never want to see again! It took us over 2 hours in that queue to get a taxi, and another hour to reach our hotel, which meant that we arrived in the wee hours of the morning, and had to rouse a number of people just to get into our room and grab a few hours of sleep! What a welcome! Thankfully, things only got better!

The trams were right on top of our list of ‘things to do’, and we grabbed every opportunity to use them. We spent the better part of our first day simply travelling from one point to another by the trams, and eventually, taking a metro back to our room. To be honest, both, the trams as well as the metro seemed in worse condition than we had imagined, but every now and then, we saw one like this, which perked up our interest. 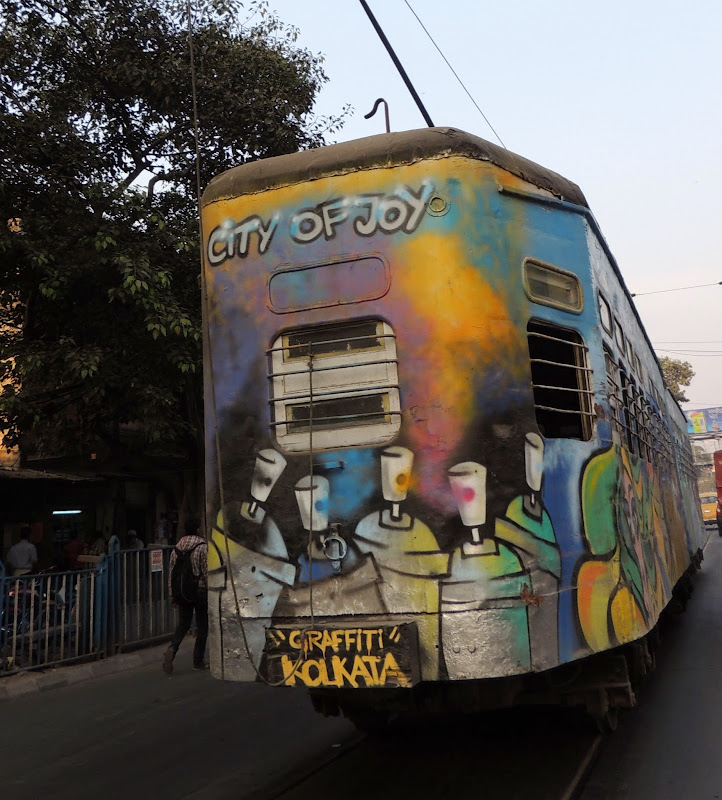 And before you ask, we did use the hand pulled rickshaws too, though the sight of the people pulling them was sad indeed.

Our fascination with the various modes of transport in the city continued with a visit to Dakshineshwar, where we spent less time in the temple, and more in the boat which took us to Belur Math and back! 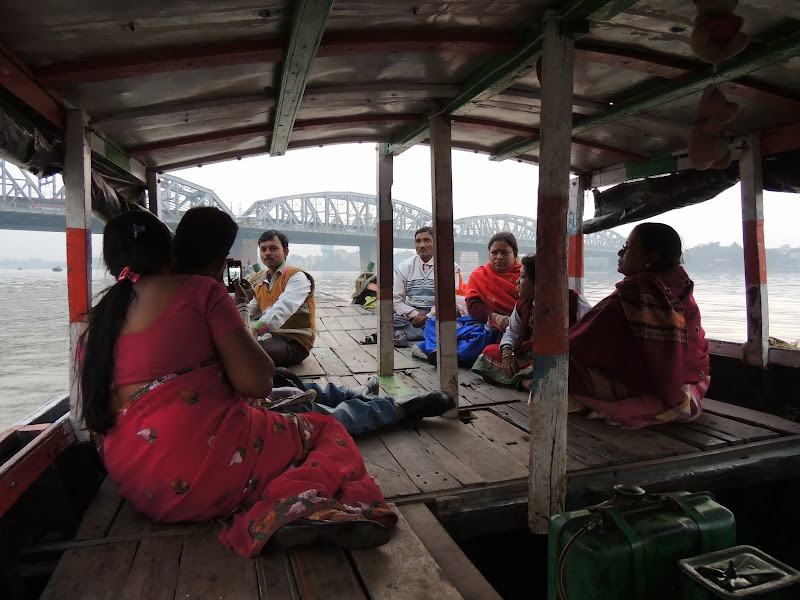 The ten rupee journey, sitting cross legged in an old boat, along with the locals, was way better than any sunset cruise we could have taken!

Evening was a wonderful time on Park Street, enjoying the Christmas decorations, which I have already written about. The proximity of our hotel to Park Street meant that we could gorge on Christmas delicacies, especially from the famous Flury’s!  And no, we did not feast on just Continental cuisine. Apart from trying out the Puchkas ( the Bengali version of Pani puris), we also spent quite a while at K.C.Das, trying out their extensive dessert menu, beginning with their gorgeous Rasgullas! And sorry folks, no photographs. We were just too busy eating!

One of the things I had most looked forward to, were the museums, and we began the heritage part of our tour by arriving at the Indian Museum even before the doors opened! This did give us a head start, and we were able to spend two peaceful hours before the crowds set in. This is surely one of the most interesting museums I have been to, in terms of exhibits, so it deserves a post to itself. Hopefully, I shall get it written soon!

The Victoria Memorial was next on our list, but we settled for a quick look and a hurried exit, thanks to the Sunday crowd. 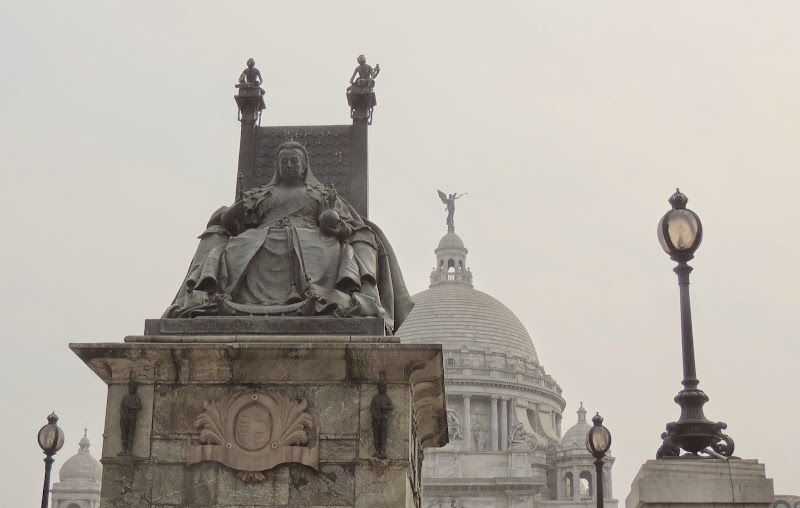 We couldn’t leave Kolkata without taking a look at the Howrah Bridge. Time, however, was a big factor, so we settled for a boat ride from Babu Ghat to the other side, just so we could look at the bridge, from the river. The clouds and the fog (or smog?) conspired, however, and we could only get a hazy glimpse…

On our way back, we persuaded our taxi driver to stop for a while so we could run into the St. John’s Church, to get a glimpse of the resting place of Job Charnock, who is said to be the father of Calcutta. (Of course, this is disputed, since there already was a city here when Charnock arrived, but he was responsible for Calcutta’s growth as an important city during the British rule). 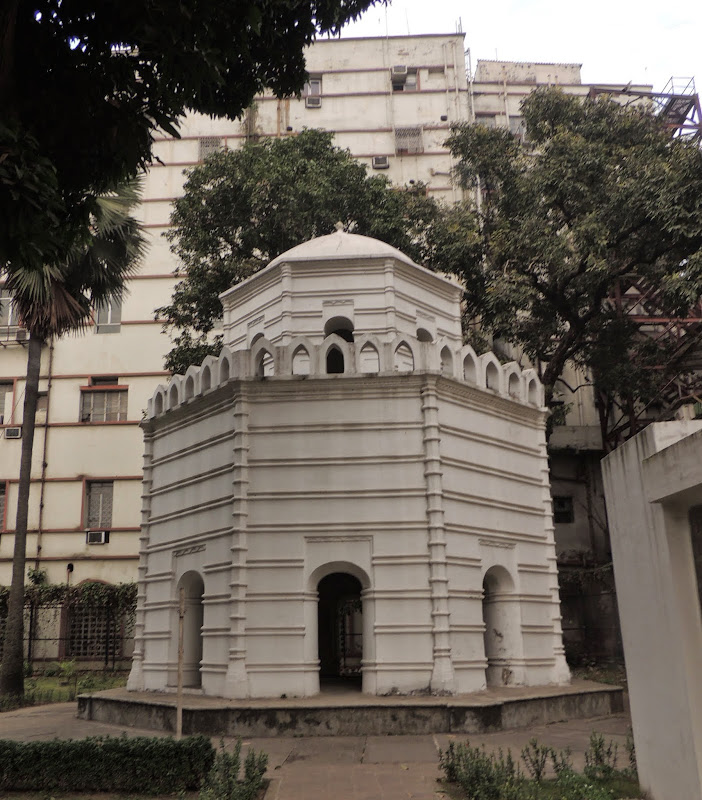 In a little over 40 hours, we had barely grazed the surface of Kolkata, its interesting history, and its eclectic culture. There is so much more we have to see, and all I can hope for, is many more visits in the future!