May 11, 2010
The first river we spotted on out Binsar trip was the Kosi, which joined us a short way from Kathgodam. She accompanied us most of the way, weaving her way among the mountains, as we followed the winding road alongside. We were struck by how dry the river was, and the huge rocks and boulders which made up her bed, and Samhith kept looking for an opportunity to collect stones, but we couldn’t find a suitable place to do so, and moved on.
On our return journey too, we joined the river soon, and this time our driver asked us if we would like to stop by the river for a while. Thinking of this as another chance to collect stones, we agreed, and he stopped by a small hotel/restaurant, situated on a ridge over the river. There was a flight of steps leading down to the river and we proceeded towards it, expecting to see the river bed as usual.
As we started down the steps, we were approached by a man who asked if we would like ‘fish pakoras’. I refused politely, saying that we were vegetarians, and both, he and our driver burst out laughing! It seems he had asked us for ‘pakoras (vegetables dipped in batter and fried) for the fishes’, and this stumped me further! Whoever had heard of fish eating pakoras!!! Well, seeing my ignorance, the man proceeded to explain that this part of the river had plenty of fish, and that they ate pakoras! Well, we decided to try it out, and buying a few, proceeded on our way towards the river, thrilled to see so much water in it!
Samhith, as usual was super-excited, and he went as near as he could to the water, and started throwing the pakoras in, thrilled to see the huge number of fishes which turned up to eat them! instead of talking more about the wonderful sight, let me take you along with me through my photographs……. 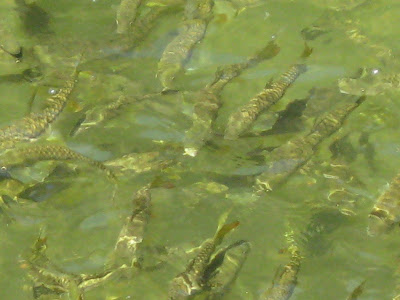 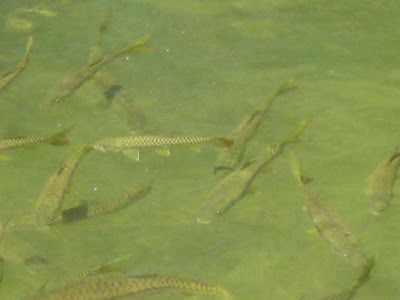 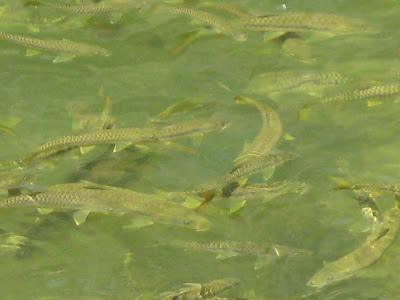 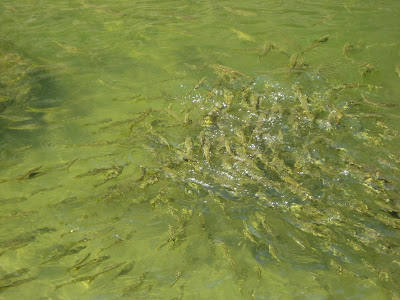 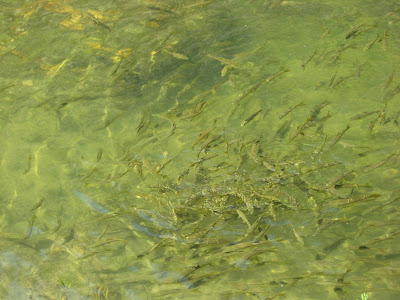 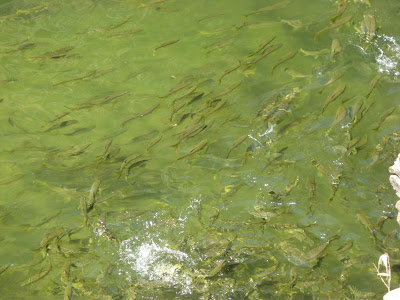 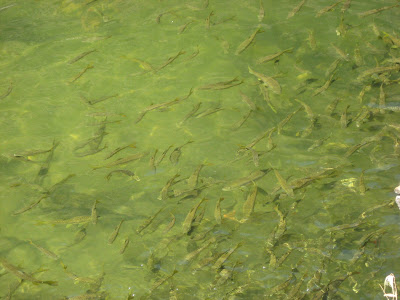 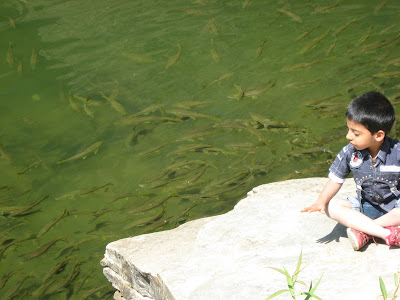 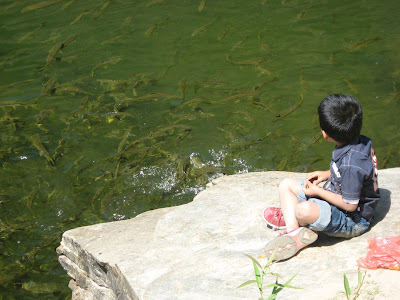 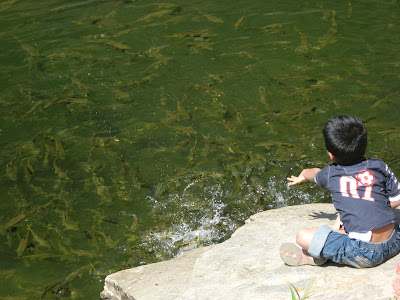 And finally, here is a video of the fishes.... I was fascinated by the play of sunlight on the rocks, so that is what the video begins with.....