June 22, 2010
This year, everything seemed to conspire to keep us at home in the sweltering heat of May. Shankar hates to travel in the peak of vacation time, and says it is better to make the most of home then, and refused to step out even for a short trip. I therefore made some grand plans to take Samhith to places in Bombay, but then the heat dissuaded us from travelling and we ended up at home, Samhith mostly in front of the TV, and me in front of the computer!

Towards the end of the vacations, I was frustrated enough to take Samhith out by myself, and we opted for a visit to the Nehru Science Centre and the Planetarium. These are two places I haven’t visited for ages, but have been meaning to take Samhith for some time. My memories of both places were flaky, but I thought Samhith would find it interesting, especially since he keeps asking so many questions….

We started our day out with the planetarium first, since we had to book tickets for the show, and I wanted the English one which is only screened once a day! It turned out to be a good decision, since I found that there were hundreds like me who had turned up! We had to wait almost an hour for the tickets, but thankfully, I was able to get the tickets for the show I wanted! We then headed to the Science centre to while away the time till the planetarium show started. This turned out to be a problem, since three hours were barely enough for the science centre and lunch! 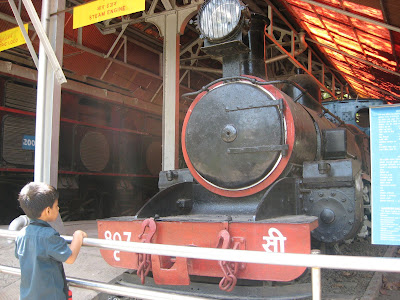 The science centre deserves a day by itself to see it in its entirety, and we could barely do justice to it in the few hours we had left, thanks to the delay in getting there! I just about managed to show Samhith things that he could understand before it was time to leave! 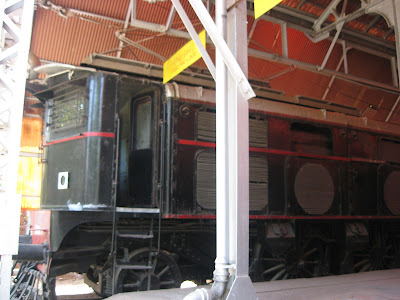 The last time I visited the science centre, it was fairly new, and all the displays were in perfect condition. Now of course, the crowds have had their effect, and some buttons don’t work, the paint is wearing off, the displays look old and battered, but it still manages to capture the imagination of kids, especially since there is nothing else like it in ! As of now, Samhith was barely interested in learning how the things worked, but he seemed to be fascinated by the way things happened just at the push of a button! Among the things he enjoyed were the steam engine and the tram kept on display. He wanted to get onto them, and wondered why they hadn’t kept them in working condition! 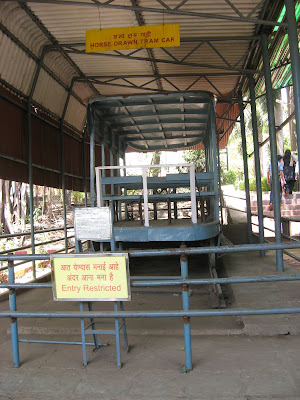 We would have spent more time looking at the displays, but Samhith wanted to see the 3D film being screened in a newly constructed dome. The film being screened was ‘Everest’ which I have already seen a dozen times before, and the only reason I agreed was that it would get us an entry into the AC hall, and would be a welcome change from the terrible heat outside! While Samhith too has seen movies in the IMAX dome before, he seemed to enjoy it for the first time here, and kept asking questions about what the people were up to! 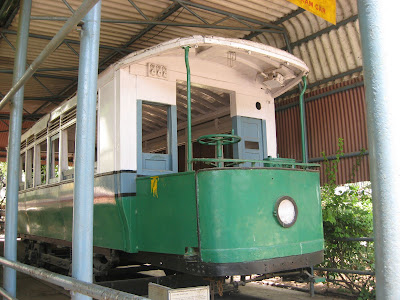 I just managed to drag Samhith away from all the displays on the lawns by promising to get him Pav Bhaji for lunch, and spent another half an hour searching for a place which looked decent enough to get some good food! Finally managing to spot a good hotel, we filled our stomachs and headed for the planetarium. 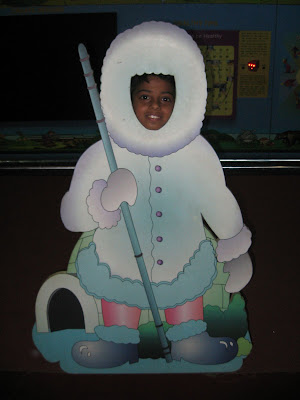 We still had a bit of time to wait for our show, but we found that it was easy to pass time, since the bookstore was open! We spent some wonderful time there, me looking at the books on astronomy, reliving the days of college, Samhith looking at the telescopes, hoping to get me to buy one of them! Finally, it was time to enter, and we entered the planetarium, which, for a change, was much more different since my time, but much better too! I wish other museums would learn from them about how to make things interesting!
We stayed glued through a description of our solar system, even Samhith trying to understand the details, trying to identify the different planet models! But he was most fascinated by the displays showing the effect of gravity – it was a weighing scale showing us what we would weigh on different planets. Though Samhith couldn’t understand the details, he does know now that we stay on earth and can walk and run only due to gravity, and he also knows that this is different on different planets! Thankfully, they are now focusing on the solar system in school, and he is just about beginning to understand some of the things he saw that day!
As to the show itself, the one we saw was ‘The Awesome Universe’, and Samhith didn’t really get much of it, but the fact that he actually sat through the whole show almost in peace, was enough for a first time! This is surely one place I am going to take him to, again and again!
Finally, we were done and came out only to find that our taxi driver hadn’t yet arrived, and we decided to go on to the exhibition at the Nehru Centre. There are a few art galleries there, as well as a permanent exhibition entitled “Discovery of India”. It begins with a section on the life of Pandit Nehru, illustrated through old photographs and items used by him. I hurried Samhith through his section, knowing that we had no time to read through the captions of each and every photograph in the collection. However, Samhith loved the depiction of through the ages, starting with prehistoric men, and going on the Indus valley civilization – he especially loved the depiction of and – and then on the different kingdoms and finally the British Domination. Every single bit of history found some mention, from Ashoka to the 1857 uprising to a separate section on the Indian freedom struggle! Samhith enjoyed looking at the ancient coins on display, since he already knows the differences between the new ones, me, my mom and my aunt being avid coin collectors! There were also models of shrines – from a replica of the Stupa at Sanchi to a typical south Indian temple. To my adult eyes, they were replicas and just that, but I was interested to see how much Samhith was impressed by them – he just didn’t want to leave! Our hurried tour through the exhibition took us almost half an hour – just a fraction of the time the place deserves, but I had to drag Samhith away since it was time to go back home!
Information:
The Nehru Centre is located on , Worli. There are two sections here – the exhibition centre and the Planetarium. Details are available on their website. The planetarium shows are held in different languages (English, Hindi and Marathi) at different times, and it is possible to book tickets in advance, though tickets have to be booked only at the planetarium itself. Set aside a couple of hours for the exhibition, apart from the time at the Planetarium. It is a wonderful way to learn history!
Links:
Nehru Centre: http://www.nehru-centre.org/

Discovery of : http://www.nehru-centre.org/doi.html
The Nehru Science centre is also at Worli, but about 3 Kms away. Thanks to the traffic and the road restrictions, this distance takes almost 45 minutes to cover, so it does not make sense to combine the two places. The science centre deserves a day to itself. The website is extremely detailed and gives information about the various displays as well as the costs and timings of various shows. Please do take a good look before visiting. It will be very helpful. The centre also has a membership system, and members are informed regularly about changes and new shows or displays. They regularly conduct science workshops for kids of all ages, and I have heard that these are quite interesting. Members can also avail of free entry to the centre.
Links:
Nehru Science Centre: http://www.nehrusciencecentre.org/
Information: http://www.nehrusciencecentre.org/gen_info.htm