The launch of a new book is always a reason to rejoice, especially when it is a kids book set in Mumbai, and deals with the environment and how a 12 year old boy takes matters into his own hands! I have not attended many book launches before, but was rather enthusiastic about attending this for two reasons - the author was one I had heard of (I have read a couple of her books) and corresponded wtih a few times, and secondly, the book was launched at the BNHS's Hornbill House. It had been ages since I visited the place, and  was really excited about visiting again, and that too for a book launch!
I would have loved to take Samhith along, but the time wasnt suitable, and I had to leave him behind with his grandmother, rushing off just as he returned from school. Travelling to VT alone by train and walking down to BNHS made me re-live my college days when I made the same circuit at least once a week!
I was just in time to look around and browse through Dheera Kitchlu's other books before it was time for the programme to begin. The book was to be launched by the actor, Rahul Bose, and he arrived exactly on time! I really appreciate the guy now! Dr. Rahmani, the Director of the BNHS was the chief guest and one of the guys from Serene Woods (the publishing house) did the honours. (Sorry, forgot to ask his name!).
The programme began with a short introduction by Dr.Rahmani, followed by the launch of the book. After the  formalities were over began the best part - the book reading! That Rahul Bose was a good actor is something I already knew, but that he would bring the book alive, was astounding! He had everyone in splits - from the youngest in the audience to the oldest.... all the kids were enthralled, well, almost all of them, except a few boys sitting near me. But he even managed to get them involved, asking them which excerpt to read next! He read three portions from the book, each one more interesting than the other.By the time he came to the last one, the one right at the end, the mike had conked off, and he had only his vocal chords to rely on, but that was more than enough, and every member of the audience was laughing as he came to the end.
The book reading was followed by a wildlife quiz for the kids, and I really wished I had brought Samhith along! However, it was getting late, and I was restless to get back home, so I went and spoke to Mrs.Kitchlu and the others before taking my leave. Wish I could have spent some more time. Next time there is something like this, I shall take Samhith along!
It was a wonderful evening, something I shall remember. As to the book, I began reading it on my way back in the train and am almost through. It is as interesting as it promised to be, and I am looking forward to Samhith reading it. I shall wait for his reactions before I write the review, so it will take some time. As of now, I have  a copy of a wonderful book, signed by the author, as well as an actor who brought the story alive. Both, Samhith and I shall treasure this one!
Here are a few photos from the event 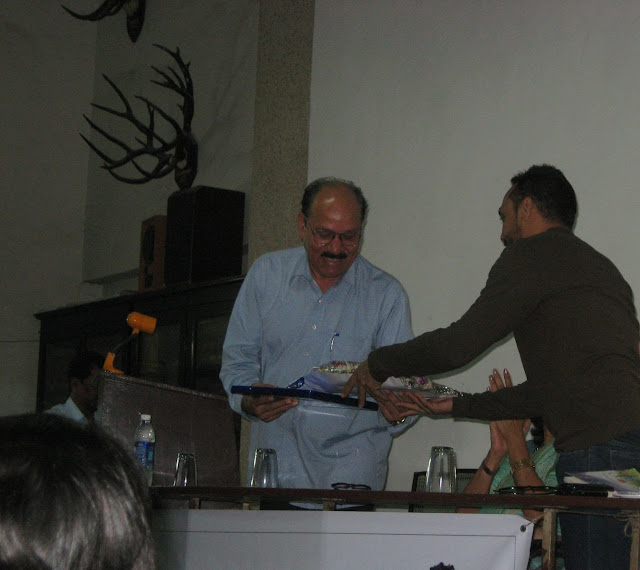 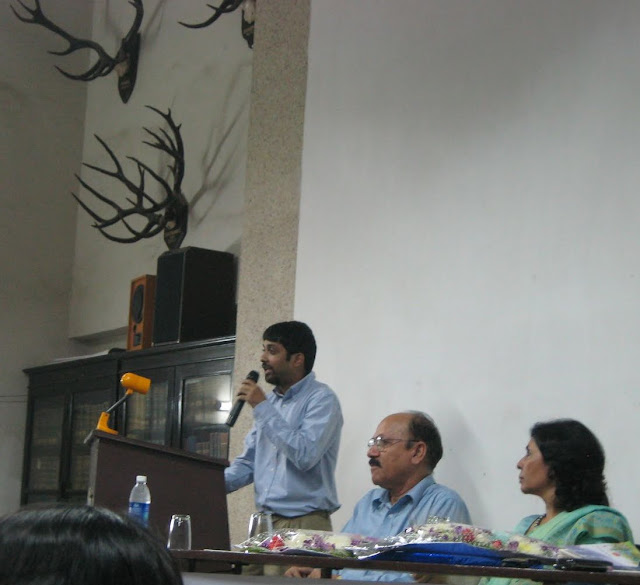 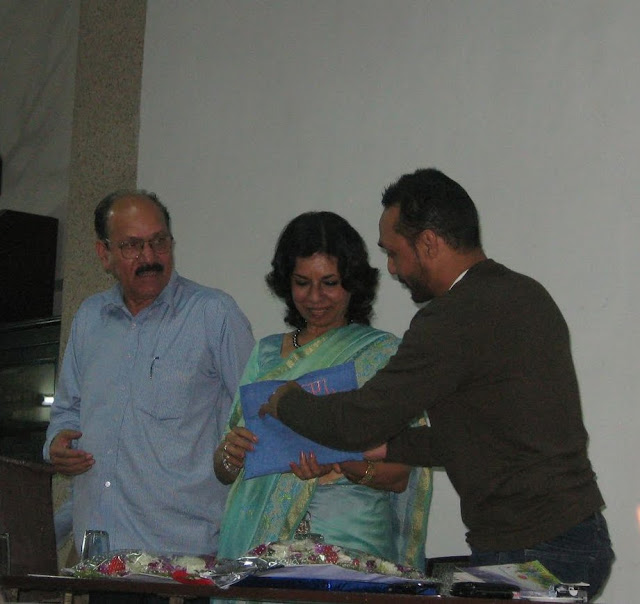 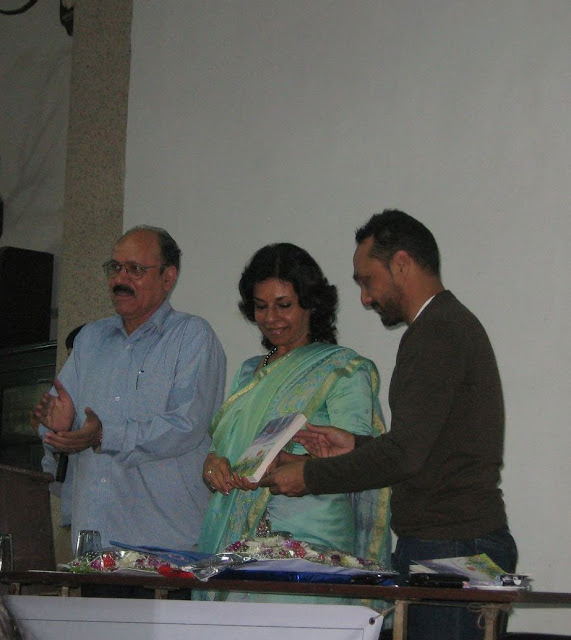 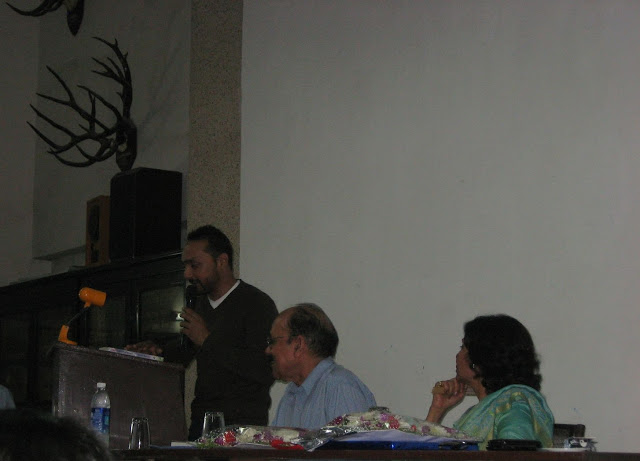 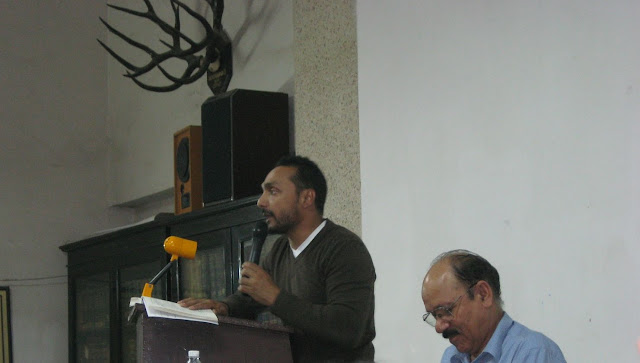 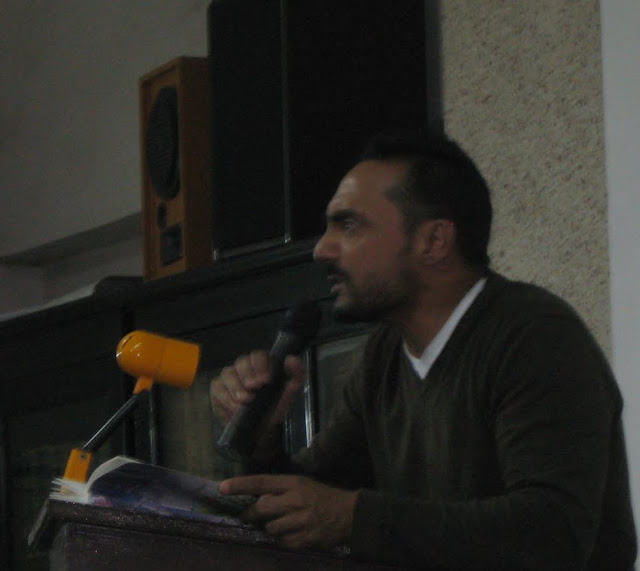 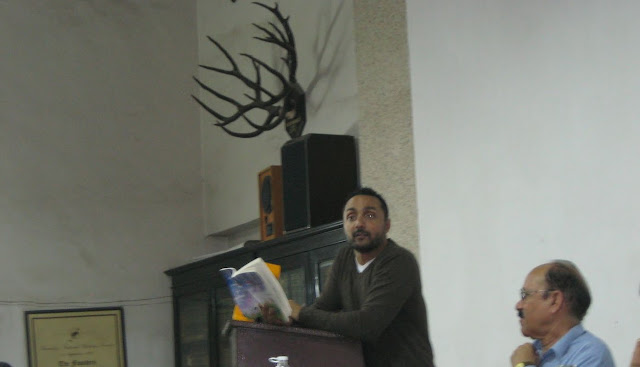 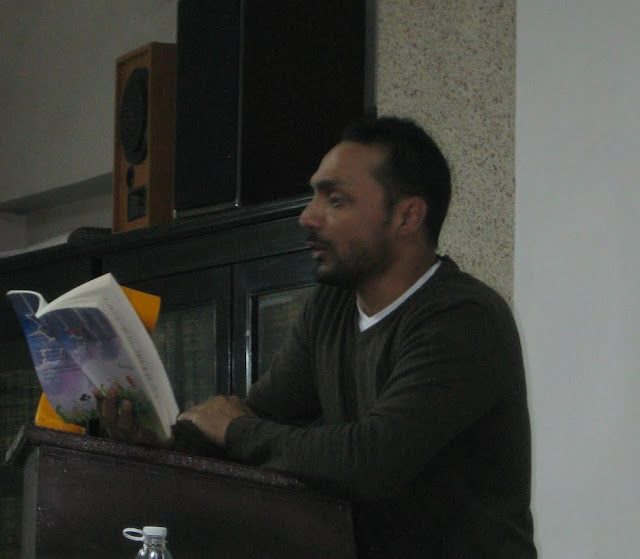