December 23, 2010
I remember the first time I saw an advertisement for the Regional Science Centre at Tirupati; I was stunned that a temple town like Tirupati would have one! On second thoughts I realized that it was probably for the locals, an effect of all the development happening around. As I saw the ads more and more often on my recurring trips, I was curious, and eager to take a look, especially when I heard about their pre-historic section. This was one place I certainly wanted to take Samhith to, on this trip, sort of to compensate for all the temples I was dragging him to. As it turned out, the science centre happened to be very near the zoo, so we combined a visit to both.
We spent almost half the day at the zoo and were prepared to spend the rest of the day at the science centre. It had, after all, a huge indoor section which included a 3D screen, a science park outdoors, as well as the prehistoric section, which is what we were keen on!
Unfortunately, we were just leaving the Zoo when it started pouring, and as it turned out, we were the only visitors to the centre, which meant that the 3D show was off. That put us off going indoors. We did have umbrellas with us, and so we gave the science park a miss – it is exactly like the Nehru Science Centre in Mumbai, so we didn’t really miss anything – and headed over to the prehistoric section. Umbrellas in hand, we wove our way around all the exhibits and headed over to the end of the park where we could see a dinosaur towering over the other exhibits. Instead of wasting more words describing something which Samhith loved, and I am sure most kids will, too, let me take you on a tour through the entire pre-historic section. 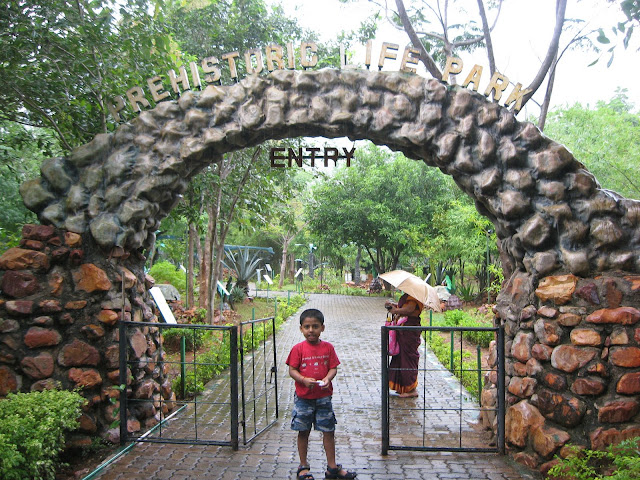 This section begins with a display of prehistoric men, showing the evolution of humans. Here they are…. 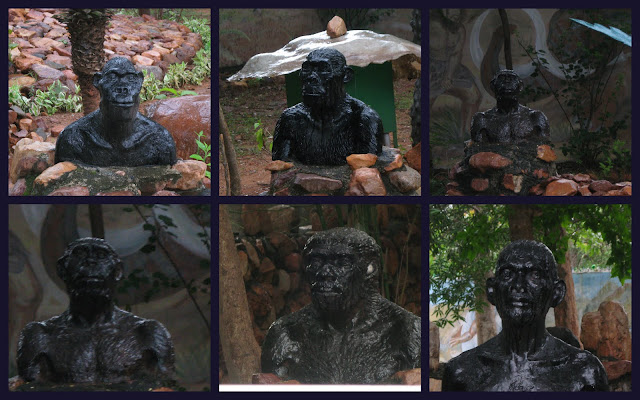 Samhith made an interesting observation on seeing this. He thinks the bust of the completely evolved human (the last one) resembles Voldemort!! For those of you who are wondering what I am talking about, Voldemort is the arch villain in the Harry Potter series….. Go, look up a pic of Voldemort on the net and tell me what you think!!
After a section on Neanderthals, the rest of the museum has models of prehistoric creatures of all kinds… Samhith absolutely loved them, and we spent more than an hour in the pouring rain, walking along and trying to guess which animal would have evolved from which one!! 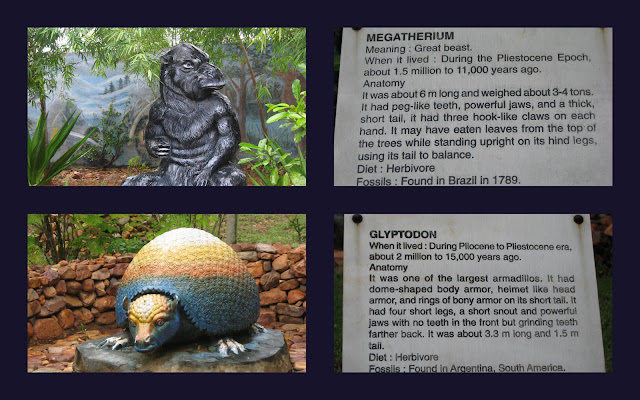 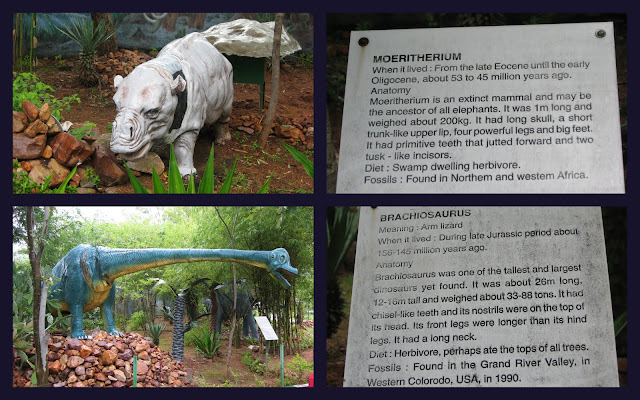 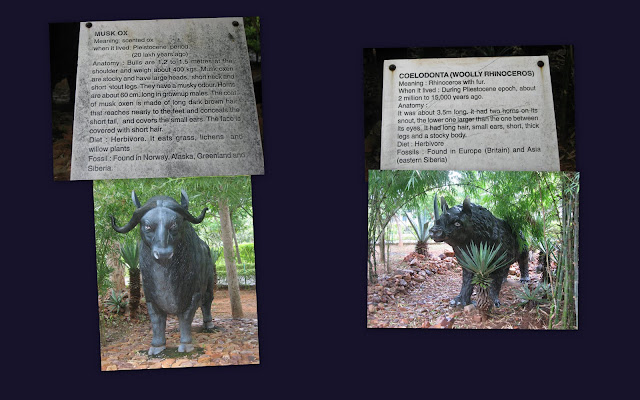 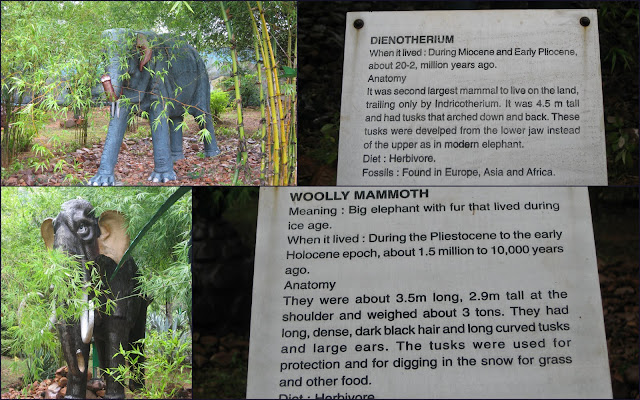 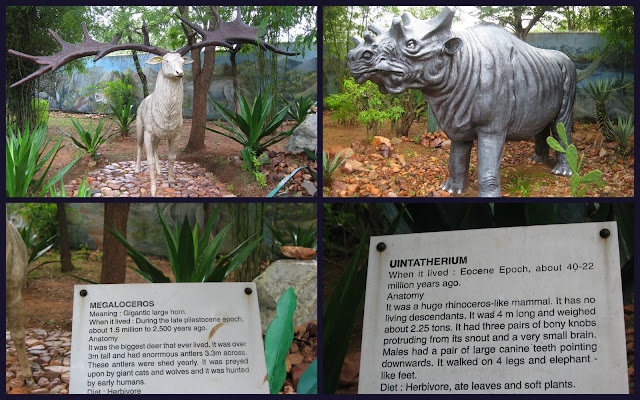 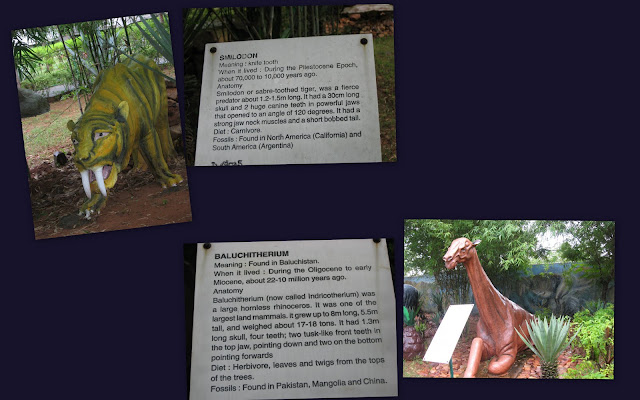 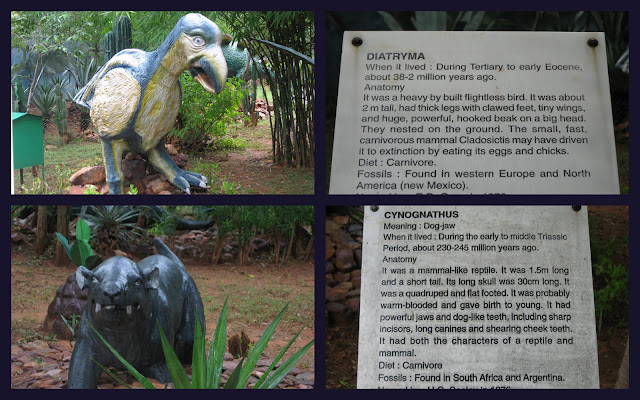 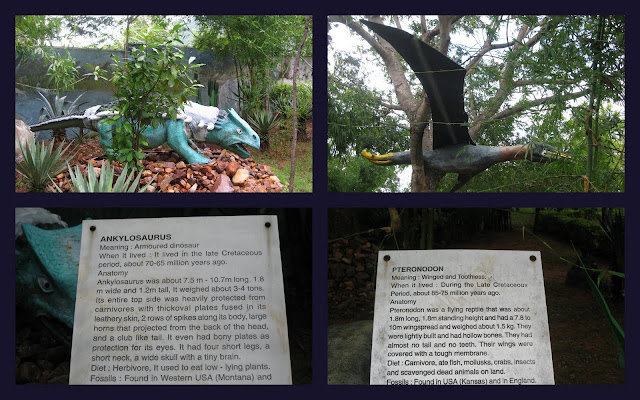 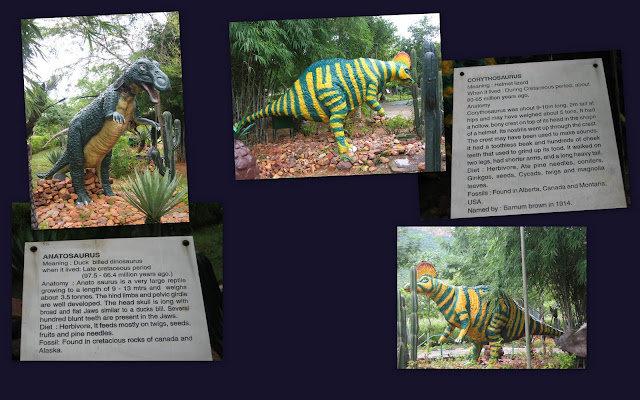 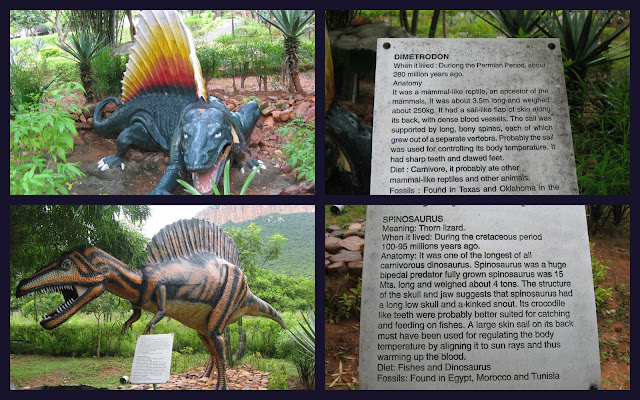 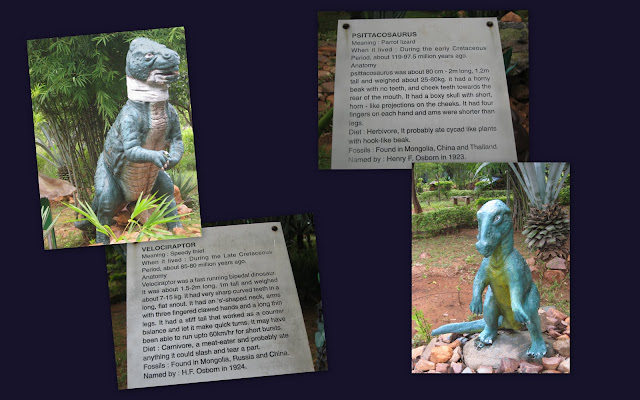 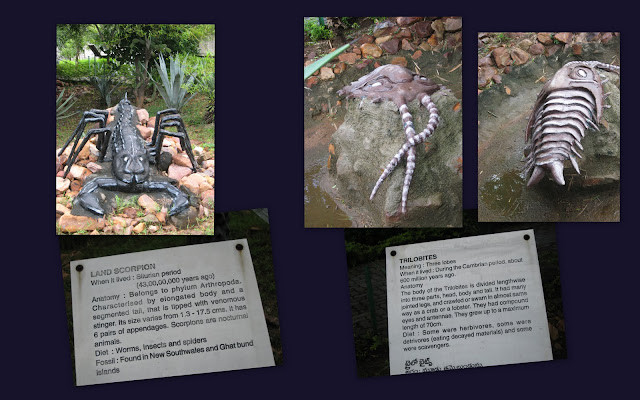 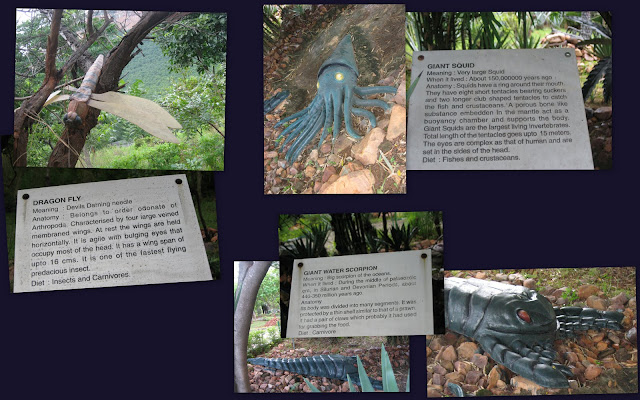 By the time we were through, we were just too tired, and had no choice but to return. However, there is much left to see in the centre, and maybe we shall return again sometime!
Information:
Regional Science Centre is about 10 Km from Tirupati Railway Station. Buses ply from the station to the science centre at regular intervals. An auto charges Rs. 200 for a trip to and fro.