Kottapuram Fort and some thoughts on Archaeology in India today

February 20, 2015
Huge plastic sheets cover everything in sight, giving us just sneak peeks into what was once a mighty fort. It isn’t a very impressive sight, and, for the first time, I question my choice to visit a site where archaeological excavations are still going on. But wait. If the excavations are still on, where are the digs? Why is everything covered? The only people in sight are laying new paving stones along the path leading from the road. Are we in the right place after all? We had found ourselves at the site of the ancient Kottapuram (Cranganore / Kodungallur) Fort after much searching and asking for directions, and the smirk on our driver’s face as we wandered around seems to say “I told you so. There isn’t anything to see here.” 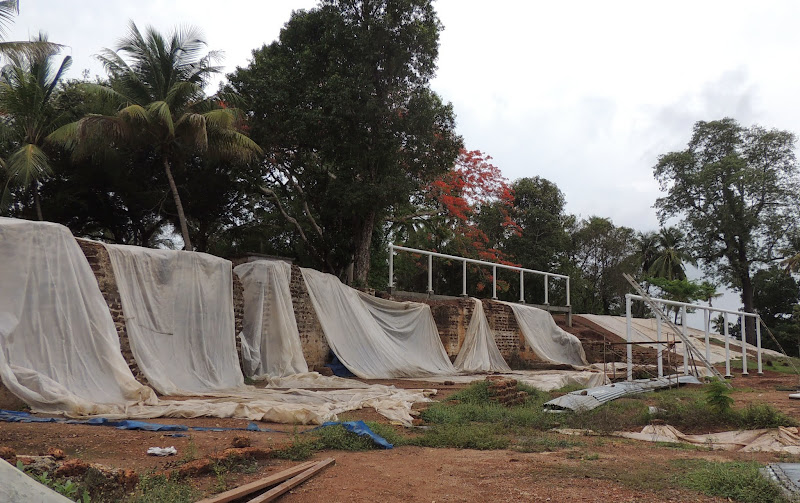 Kodungallur or Cranganore is believed to be a part of Muziris, the ancient port which has been written about by the earliest travellers. It was the hub of trade, and the main port of entry for various religions into India, including Christianity, Islam and Judaism. This fort was constructed by the Portuguese in the mid-16th Century, and later passed into Dutch possession. From them, it went to Tipu Sultan and then, eventually, to the Travancore Kingdom.  There is little to tell us of the passage of history, except a monument marking this site, constructed by the Travancore Kings. 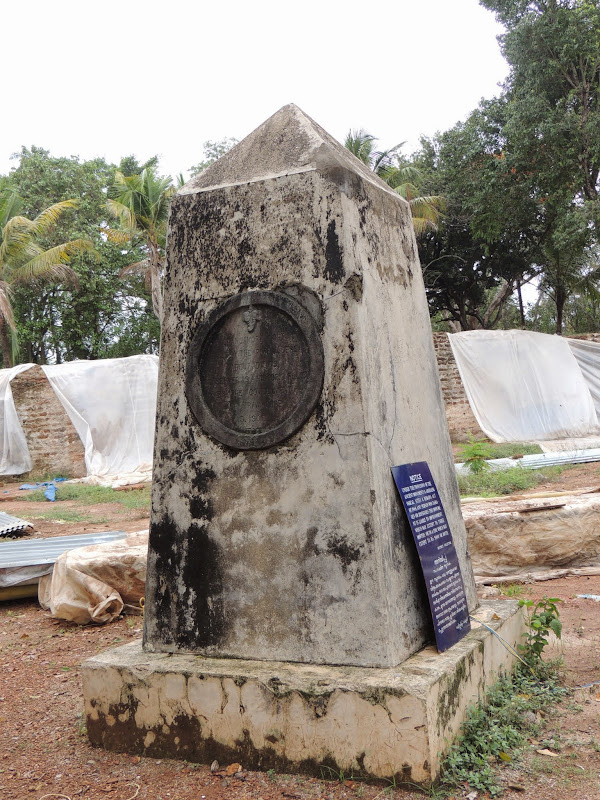 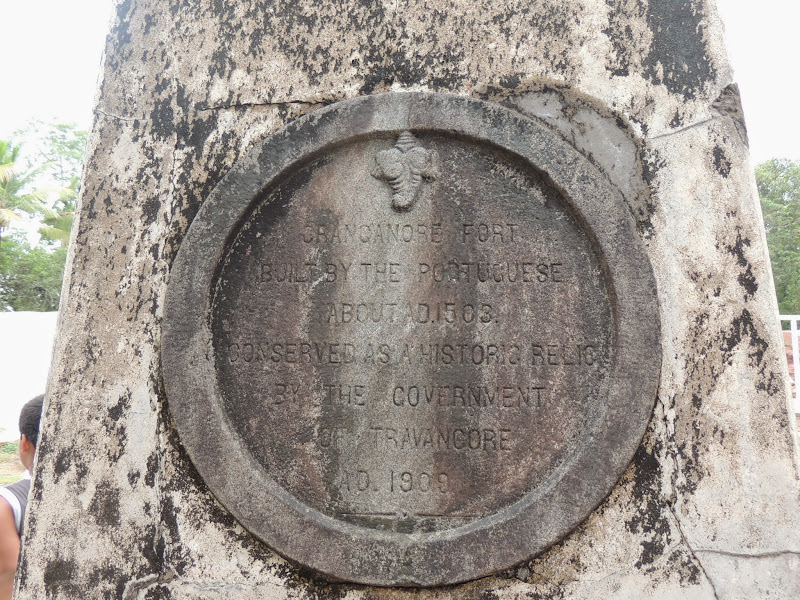 A man saunters by, and one of the workers goes up to talk, and points to us. I guess that this is the man-in-charge, and walk up to him, asking if he is from the ASI. “I am from the Kerala ASI. This site isn’t yet open to the public.” he replies. I assure him that we mean no harm, and begin asking him about the site, and what the plans are. While he is enthusiastic about the Muziris Heritage Project, which this site is a part of, I am appalled to hear that the excavation is over, and that the site is being prepared for tourists. That explains the paving stones, but it is apparent from the excavated structure that this is just the top portion. There must be more underground, I reason with him, and he nods his head. “Yes, of course, there is more underground - years and years of history, probably going back to times before the Portuguese. But we can only excavate what we can preserve. And so, we have stopped work, since we can’t preserve any more. Not with the existing resources.”

Our shock must have been clearly visible, so he hastens to explain just how they are going to preserve the monument with huge fiber glass panels, which will shield it from the weather, as well as tourists. I shudder internally at the thought, but know that the greatest danger probably doesn’t come from the vagaries of nature, but from visitors eager to touch and feel everything in sight. 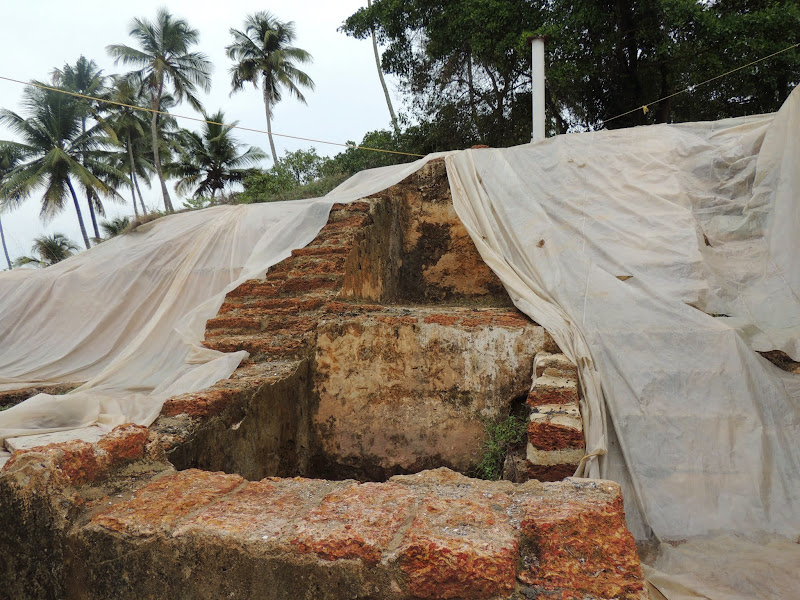 He tells me about the findings here, and tells me that if I want to really experience the ancient heritage of Muziris, I should head to Pattanam, where the museum has preserved all the relics found in the region. I thank him, and make a mental note to add Pattanam to my list the next time I am here.

As we turn back, I take one last look, wondering as I do so… What will it look like, the next time I am here?

Months pass, and I feel a sense of Déjà vu, as I hear Mr.A.K.Sharma, a renowned archaeologist at Sirpur, Chhattisgarh tell us “We only excavate as much as we can preserve.” The words encourage me to go talk to him, ask him all the questions I didn’t ask at Kottapuram Fort.

He listens patiently, and replies “We are hampered by resources. Not just money. The government and ASI do have finances. What we lack is interest! The government lacks interest in taking things forward. We have a grave lack of dedicated archaeologists, ready to work under the worst of conditions, knee deep in mud, covered in grime, spending hours and hours putting together one tiny piece of pottery. Where do you find people like that these days? Which child wants to be an archaeologist? Which young man wants to spend his days in some place far removed from civilization, where there isn’t even a mobile network, forget the internet? Above all, once the excavation is done, the site needs to be preserved. It needs to be cleaned, maintained and safeguarded. One solitary guard for one huge site can never be enough. And getting someone to sit in one place for hours, alert, in out of the way places like these, isn’t easy. That is why we dig only in small parts, and stop once the resources dry up.” he reasons.

I wish I could tell him he was wrong, in spite of his vast experience. That more people are interested in our heritage and archaeology. I do know lots of youngsters keen on taking up the subject, but as he speaks, I wonder just how long their fascination will last. Will it triumph over the difficult conditions he described? I can only hope and pray that it does, because we certainly need them!