February 28, 2015
When I first announced my intention of going to Kolkata, Sudha said, “Whatever you do, don’t miss the Indian Museum!” I must confess that, till then, I hadn’t heard of the Indian Museum. I knew there were many museums in Kolkata, and I had every intention of seeing as many as I could, but why specifically the Indian Museum? “Because it was the first museum in India” she replied, “and this is the museum where all discoveries from various excavations were first brought, and later on, given to other museums.” That settled it. I didn’t need any more reasons to be convinced. 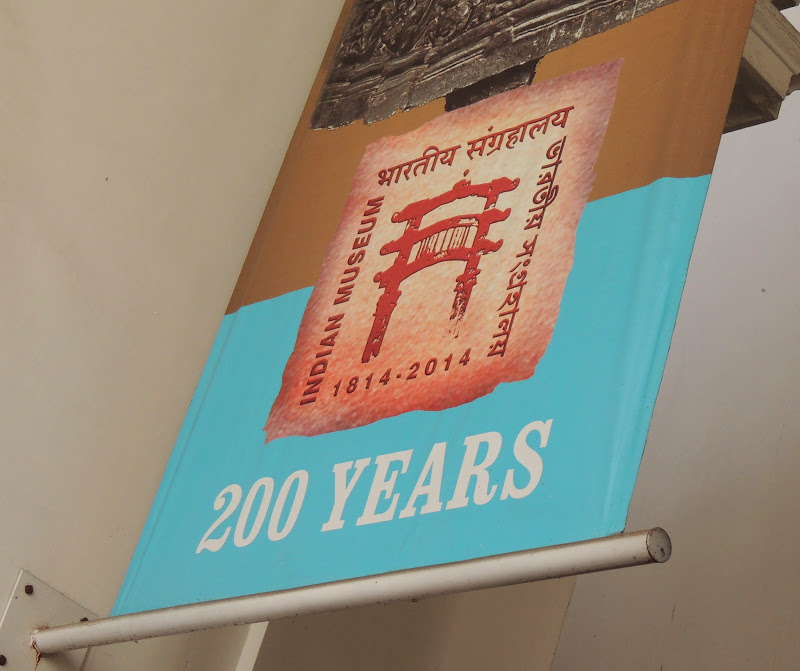 When I reached Kolkata, the museum was one of the first places I asked about. “Jaadughar? Oh, it’s nearby. But why don’t you go to Victoria Memorial or Science City?” was the reaction I got. It took me a while to realize that the museum was locally known as ‘Jaadughar’, literally ‘house of magic’! Why? I have no idea!  Eventually, learning that the museum was just a stone’s throw away from where we stayed, we headed there the first thing in the morning, after a sumptuous breakfast on Park Street…. And found ourselves to be the first visitors of the day, and the gates yet to open! 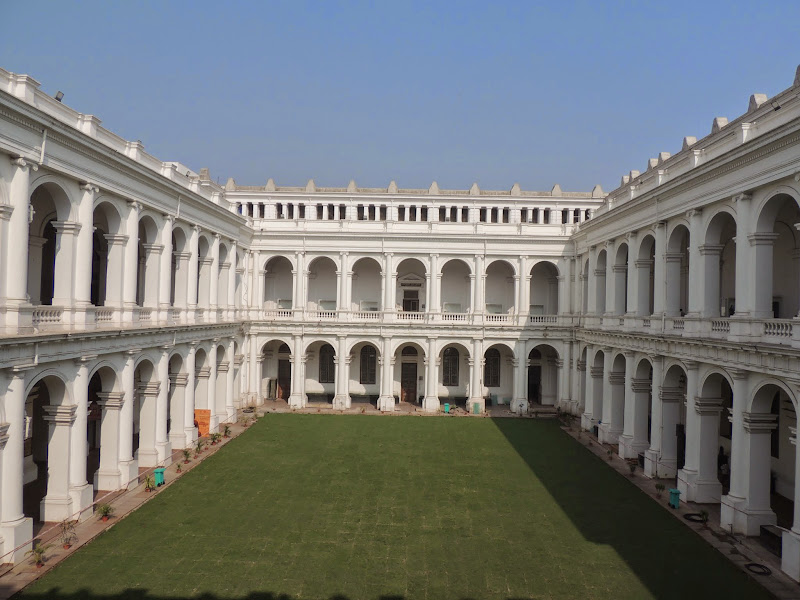 That turned out to be a blessing, for we managed to have the museum to ourselves for a while, before the busloads of tourists came in. The sculpture galleries were our first stop, and we spent quite some time immersed in sculptures from across the country, from the 2nd to the 12th centuries AD….I have already written about the smiling head of the Bodhisattva who charmed us here, and can go on and on about the sculptures, but let me restrict myself to just a couple, to highlight the variety exhibited here. This amorous couple looks different from those we have seen, don’t they? They are from Sankisa in Uttar Pradesh, and date back to the 2nd century AD… 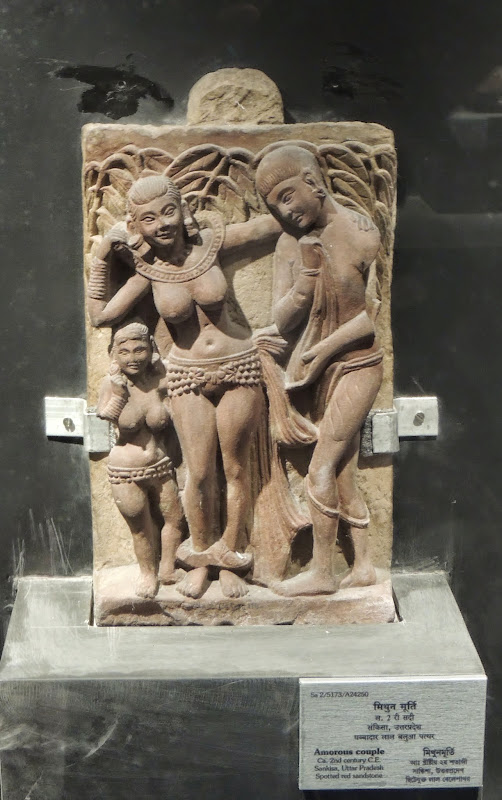 The sculptures from Amaravati in Andhra Pradesh were remarkable for their intricate work. Like this panel, depicting events from the life of the Buddha. 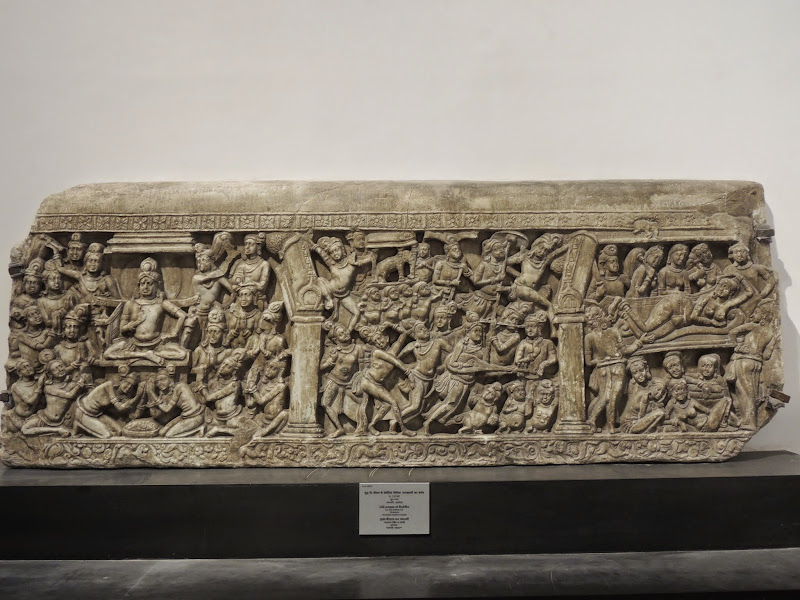 And then, there were sculptures from West Bengal, the fine details in black stone reminding me of some of the work from our South Indian temples… like this Garuda, and in the background, Vishnu. 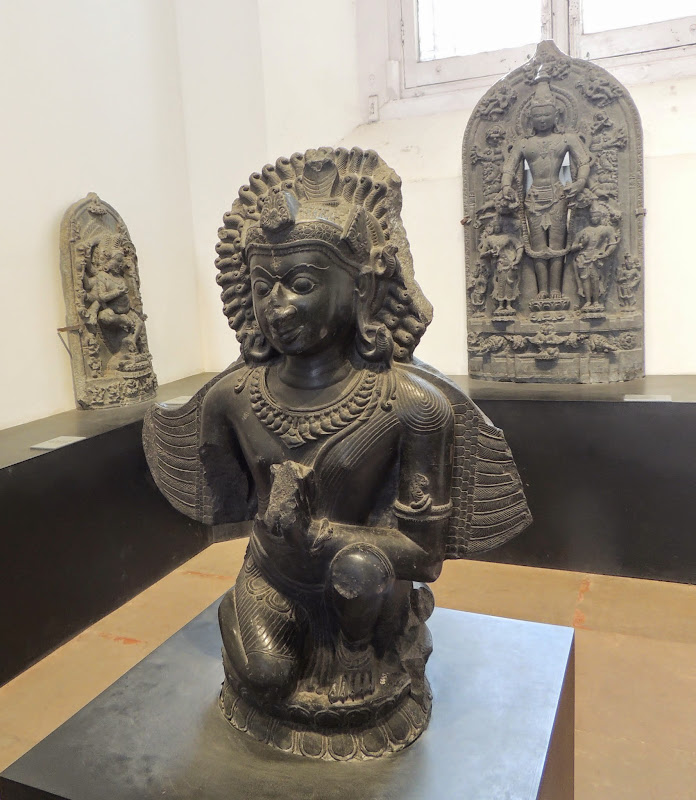 The Egyptian Gallery was one of the most popular ones, thanks to the Mummy preserved here! 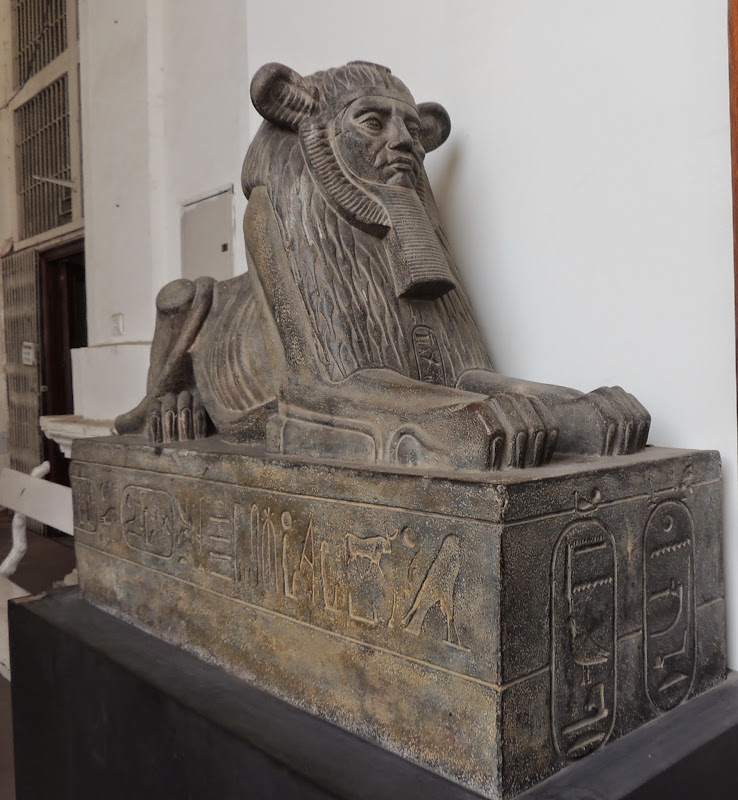 Unfortunately, the Geology section was under renovation, so we couldn't take a look, but the fossil sections had us enthralled, especially Samhith! The sight of the massive elephants (no, they apparently aren't mammoths, just big elephants. We asked.) had him enraptured, once the placards assured him that they were indeed, real! 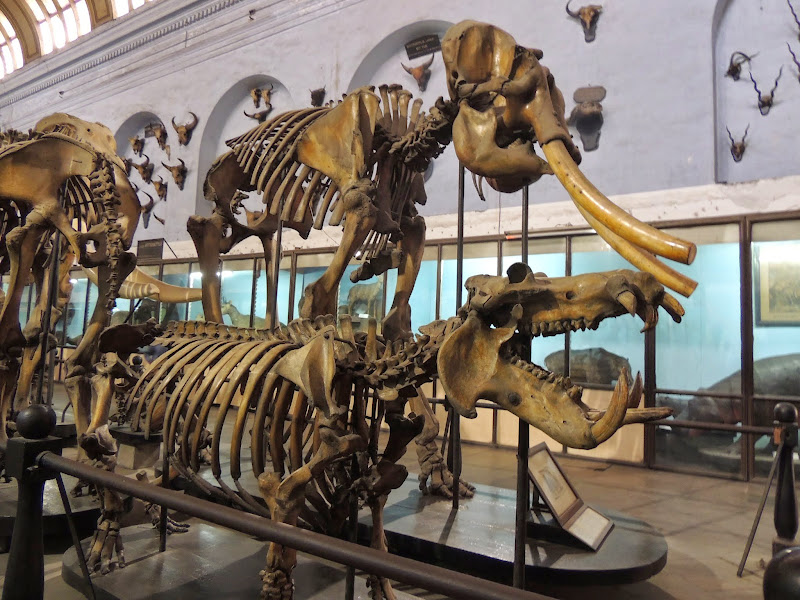 The Shivalik Gallery, dedicated to fossils found in the Shivalik Ranges, was even more fascinating, in spite of the massive crowds which had gathered by the time we arrived there. 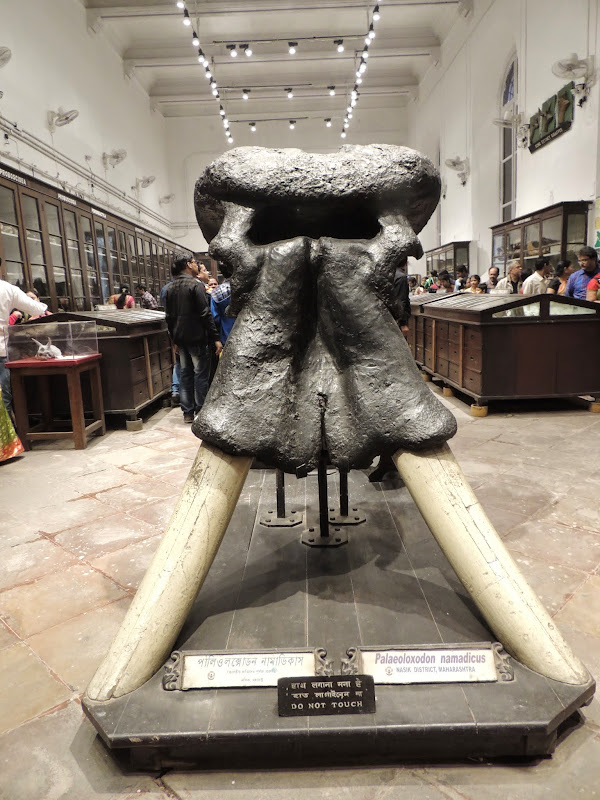 The Botany Section is one of the most extensive sections here, with samples, and details of a huge variety of plants. From old herbariums to models of plant based industries, such as the Jute industry, this section by itself requires hours to do justice to it! 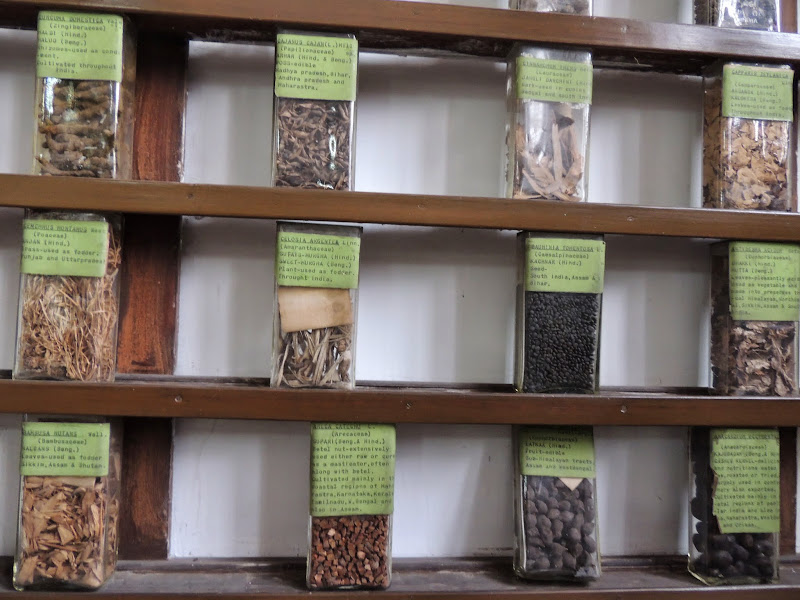 The museum was especially well maintained, with boards, maps, and facilities for visitors, including wheel chairs for those who need them. 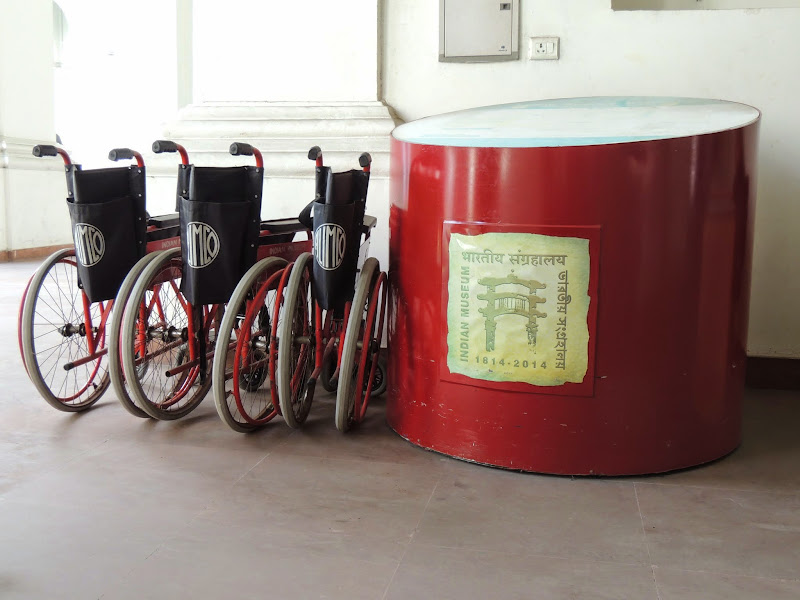 Sadly, we also saw signs of indifference and negligence, such as this…. 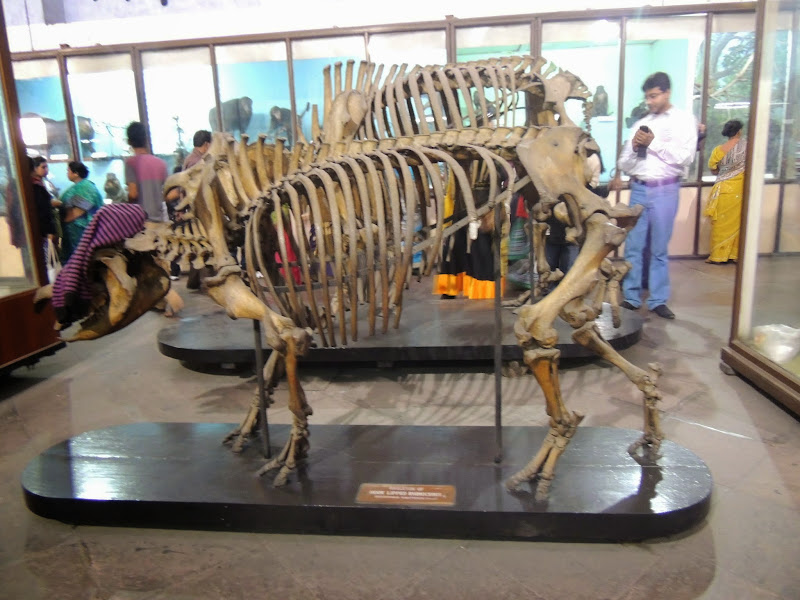 The skeleton of the now extinct Hook-Lipped Rhinoceros, with a T-shirt draped over its head! I didn’t remove it myself, since we aren’t supposed to touch exhibits, but I did bring it to the notice of the staff, who simply smiled, and said they couldn’t always see what the visitors did. While I do understand their predicament, it is sad to see this state of affairs, especially in an otherwise well maintained museum.

Another slight was in the Bronze Gallery, where I spotted this beautiful work depicting Kannappa Nayanar, a Shaivite Saint from South India. 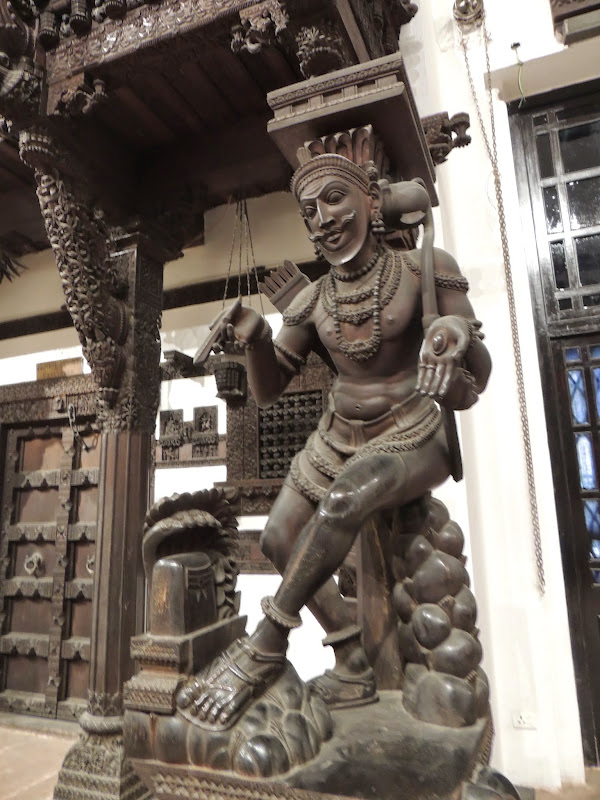 There was, unfortunately no board or explanatory placard, and placed as it was, next to a replica of a temple from Japan, visitors naturally assumed it was from Japan too! The museum staff, when I pointed this out, simply shrugged, saying that the board must have been taken off for some reason! Again, in such a well maintained museum, where the sculpture gallery had such detailed boards, this is rather sad.

The Museum’s age is also a huge factor in its importance. Now in its 201st year, it has been the hub in the heritage mapping of not just India, but the Indian Sub-continent, and to a great extent, South East Asia too. It houses an enviable collection of artifacts, notably the fossils, which, I don’t think exist anywhere else! There is also a library, which you need permission to enter, but which is promising, for anyone interested in detailed studies. The only thing they need to do something about is the handling of the crowds! But then again, crowd control is not something we are good at, are we?


In a nutshell, here is what you need to know: