February 22, 2015
The landmark for our homestay in Fort Kochi was the Marthoma Church. In spite of multiple visits to Kerala, this was the first time I had heard the name, and on asking, was told that the word Marthoma referred to a sect of Christians, the followers of St. Thomas. Over the next few days, as we explored Kochi and its heritage, St.Thomas seemed to pop up everywhere. He had arrived in India, bringing the word of Christ, eager to spread the gospel, in Muziris, present day Kodungallur.


Even back in AD 52, when St. Thomas arrived, the residents of the region were familiar with other religions. There was extensive trade with the Arabs, as well as Romans, Phoenicians and Greek, and foreigners were probably a common sight, and accepted as such. Tolerance was high, and St. Thomas promptly succeeded in converting a bunch of orthodox Brahmins to his fold.

We heard many stories of the miracles and conversions, and it was difficult to decide where history ended and legends began. One thing was clear though. That St. Thomas was an ardent Christian, who successfully drew masses under his wing, and, within the span of a few years, set up eight churches to spread the faith. None of the original structures remain today, and in their place, stand new churches built in more recent times, with varying concepts of architecture and interesting ideas of ostentation.

We originally had no intention of visiting any of the (many) St. Thomas associated churches in the region. However, when one of the caretakers at the Cheraman Masjid advised us to visit the St. Thomas Pontifical Shrine, we decided to take his advice, and did.

This grand structure is evidently a recent one, and one which borrows heavily from some of the grandest churches in the western world. Standing on the banks of the Periyar, near the Azhikode Jetty, the location certainly is picturesque. The shrine commemorates the landing of St. Thomas in India, and houses a relic of the saint – a bone from his right arm – brought from Italy and enshrined in a tabernacle shaped like a heart, arteries, veins and all!!

If you are want more information, check out their website.

The only other church we visited was the Kottakavu Church, which marked one of the earliest among the mass conversions attributed to Saint Thomas. It is said that he convinced a group of orthodox Namboodiris to convert here. It is also said that the temple which originally stood here was consecrated as a church when the temple elephant carried a cross made by St. Thomas inside and placed it in the sanctum. Neither the original temple nor the church built over it stands today. The old church itself has been rebuilt a number of times, and due to lack of space, a new church has also been built right behind. This church also holds a relic of the saint.

Today, most people visit the new church and only a few head to the old church to offer prayers.

The only sign of older structures is an ancient wall, which is still preserved.

As I mentioned before, St. Thomas established eight churches in this region. They are sometimes called the ‘Seven and a half Churches of St. Thomas’, since the eighth one is considered a ‘half-church’, whatever that means. The pontifical shrine isn’t one of them, though. These churches are…

It would be interesting to visit all these churches sometime. Even more interesting would be to follow St. Thomas’ footsteps across Kerala and Tamilnadu, but that is for another trip!


P.S. Interestingly, there is another Thomas who also figures in this region – Thomas of Cana, who led a group of Christians migrating from the Middle East to India, sometime in AD 345. They too are followers of St. Thomas, but have their own sect, and are known as the Knai Thoma... We stumbled on a memorial to this Thomas while visiting the Kottapuram fort! 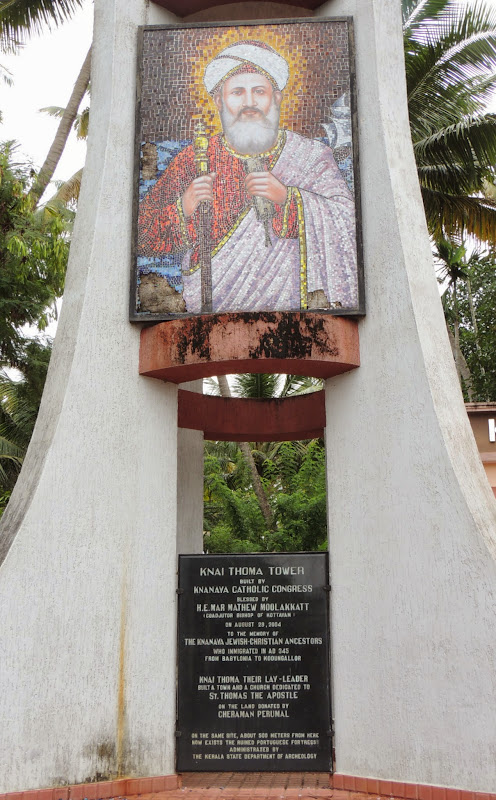 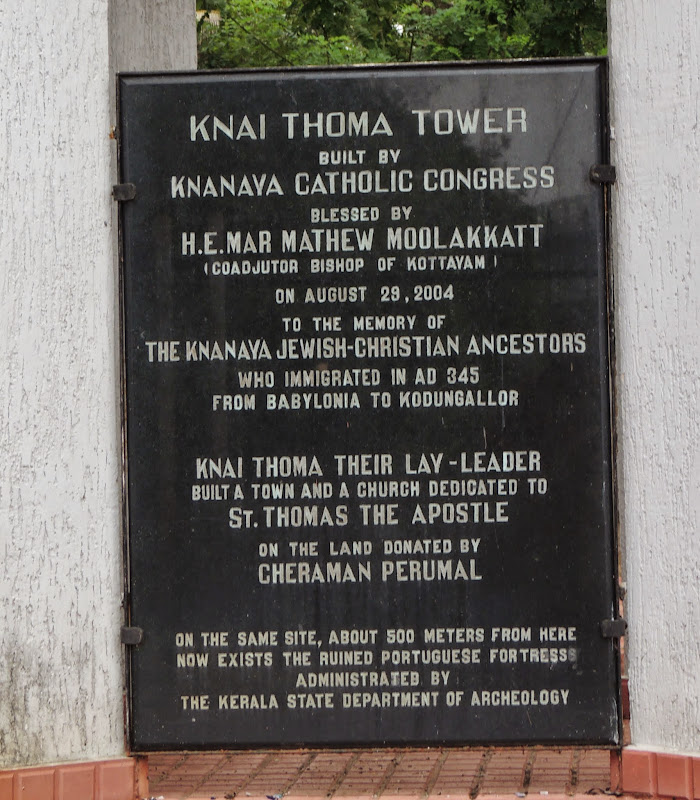