May 30, 2009
5 Kms from the bustling Cochin International Airport is the picturesque town of Kalady, situated on the banks of the Periyar River, here known as the Poorna. In this small village lived a pious Namboothiri couple, who prayed to Lord Shiva for a child. Pleased with their devotion, the lord gave them a choice – they could either have a long lived, but stupid son, or choose an intelligent one, who would walk on this earth for a scant 16 years. The couple unanimously and unwaveringly chose the latter – the son whom they named after the lord as ‘Shankara’, who would make his parents proud, and grow to be the teacher of all teachers – the Adi Shankaracharya. 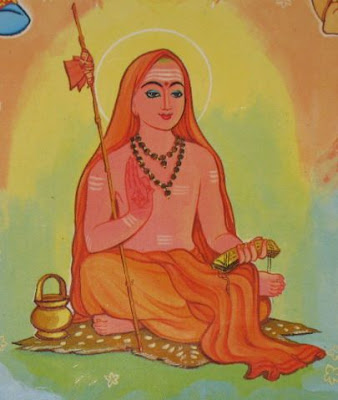 When Shankara was a child, his old mother found it difficult to walk to the river for her daily ablutions. Shankara prayed to Krishna, his family deity to help his mother, who blessed him and decreed that the river would follow on the footsteps of Shankara. This not only changed the course of the river here, but also gave a new name to this place – Kalady means footsteps in Malayalam and Tamil. 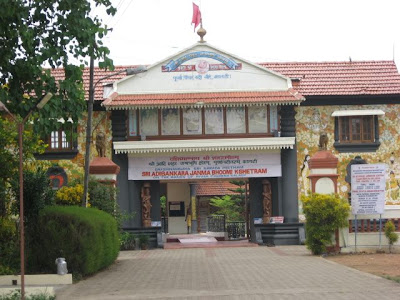 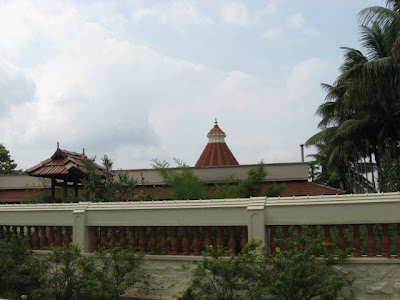 About a hundred years back, the then Shankaracharya of Sringeri came upon the Samadhi of Aryamba, the mother of Sri Adi Shankaracharya, and then built a temple around it. This temple is right on the banks of the river, and is a simple and beautiful structure. There are sanctums to Lord Ganesha and Sri Sharada. The Sharadambal sanctum is surrounded by images of the Saptha Matas – 7 forms of the Devi. The brindavanam of Aryamba is a small structure built over the place where she was cremated. The black stone lamp post at the site dates back to the time of Adi Shankara. It is this structure which helped identify the spot as the birth place of Adi Shankara. Finally, there is the shrine to Adi Shankaracharya. It is a peaceful place reverberating with the sounds of the Vedas uttered by the students of the Veda Patashala run by the Mutt. When we arrived at the shrine of Sri Adi Shankara to pay our respects, the guru teaching the kids signaled to one small chap, who ran up to us, still reciting the Vedas, performed the aarti, gave us the prasadam, and without waiting any further, ran back to take his place again. It was a beautiful sight to see, and the sounds of the Vedas recited by a boy just a few years older than Samhith was just great! 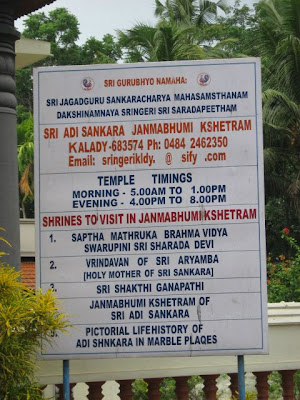 We did not have time to bathe in the river, but just the sight of the river, with enough water even in the hottest period of the year was a sight for sore eyes! 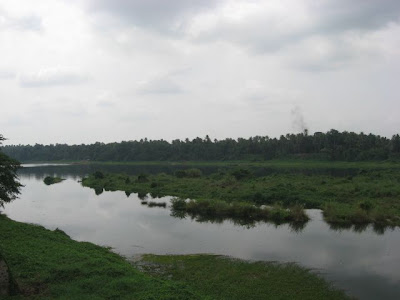 The math has made provisions for staying there also, and though I did not have time to check out the details, I did manage to get their phone number. You can contact them and get details about accommodation. The contact details are as follows 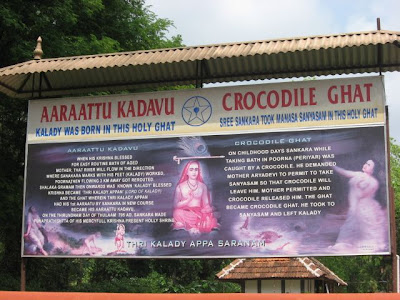 Just outside this temple is the ancient temple to Krishna, the family deity of Sri Adi Shankara. This is a temple built in the typical Kerala style, and is small, though wonderfully peaceful. 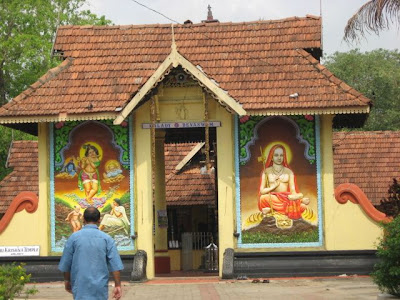 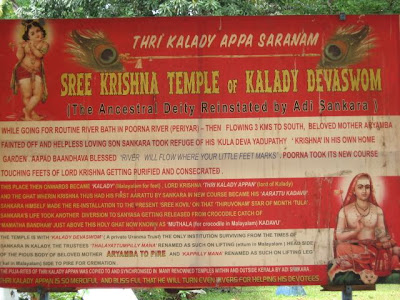 Right on the main road opposite the bus stand is another structure built in memory of Sri Adi Shankara. This is a memorial built by the Kanchi Mutt and is known as the Adi Shankara Stupa. 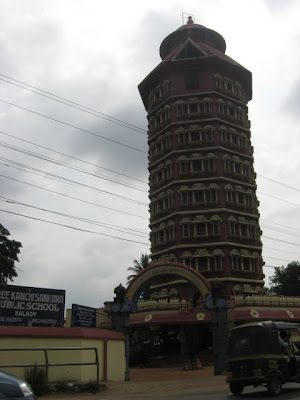 We did not have time to climb up all the way, but, thanks to my sister, Kanthi, I have photographs of the interior of the Stupa too. The following pictures belong to her……..

These are the deities inside the stupa - 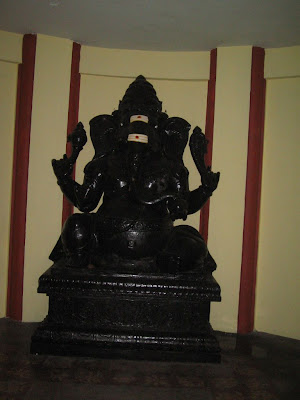 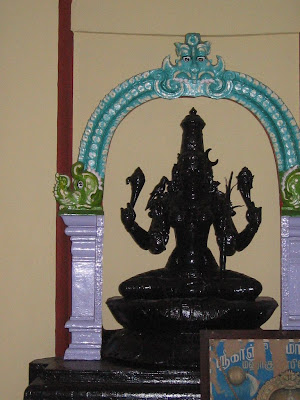 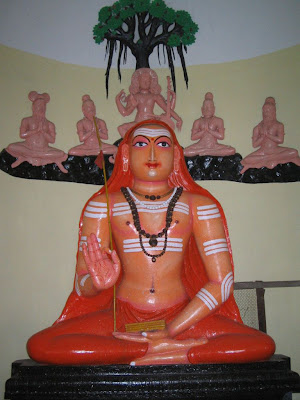 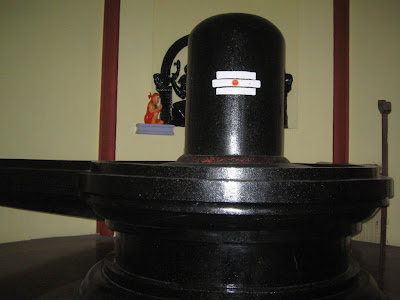 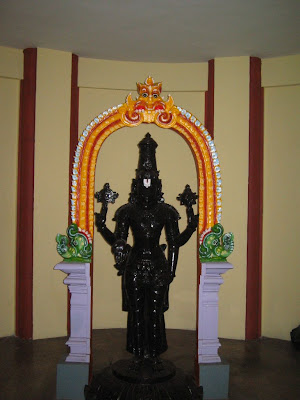 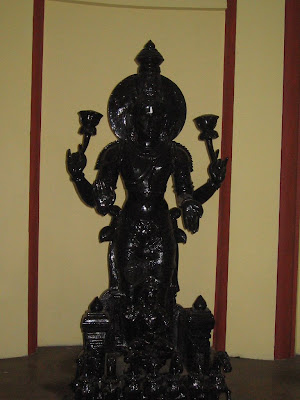 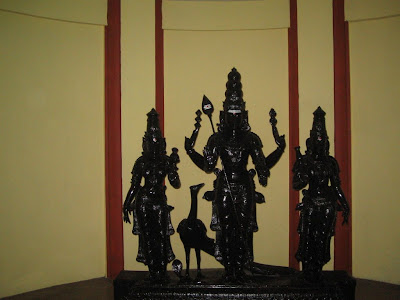 I have not mentioned the entire story of Adi Shankara, as there are many others who would be better suited to relate the story of such a great man. Here are a couple of links for those interested in reading more about him -