May 13, 2010
As we walked back towards the car, we saw a number of swifts flying to and fro, and paused to take a closer look. We had seen plenty of swifts from the moment we arrived in the mountains, but they were too fast for me to even get a good look at them! Having plenty of time on our hands, we decided to linger and take a closer look. While I tried to capture one swift sitting on a shelf inside a shop, Samhith was a bit more curious, and went inside a small tea shop and started looking around. When I called him out, he refused, and instead asked me to come in and see something! 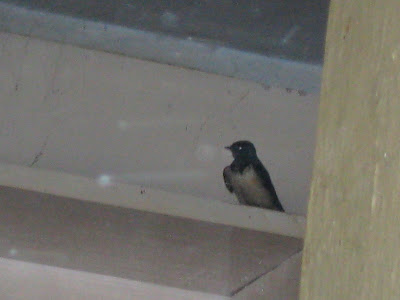 The ‘something’ turned out to be a swift sitting on a nest over a bulb-holder! I was too thrilled for words and began clicking immediately…… 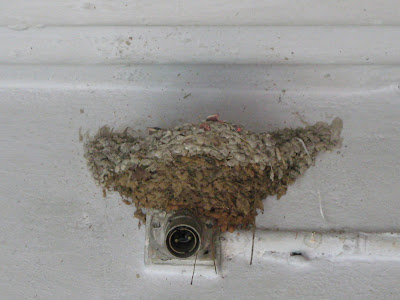 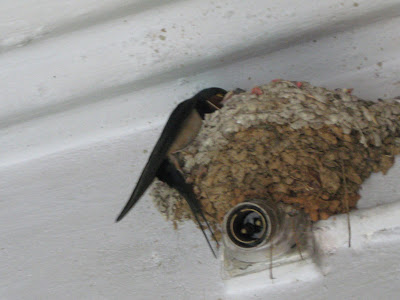 I was so thrilled by the sight of the swift sitting on the nest, but soon it left again, and imagine my surprise when I saw swiftlets inside, opening their mouths wide in anticipation of the food their mother would bring when she returned! 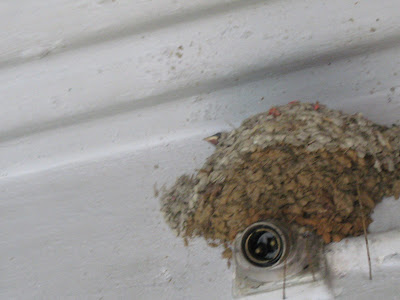 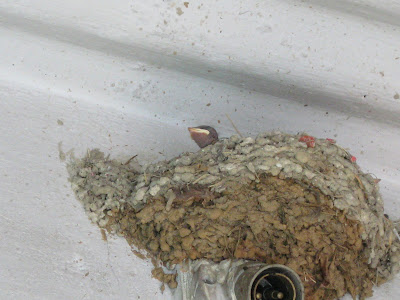 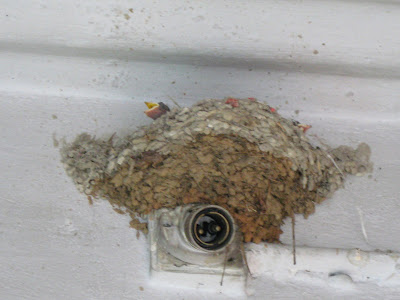 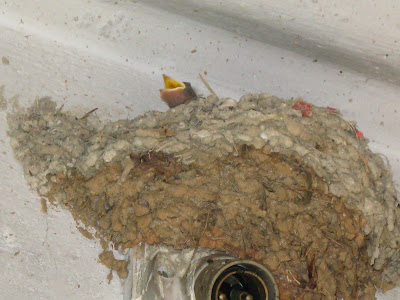 By this time Samhith had wandered off, and he again called out to me excitedly, for he had seen another nest – in fact, the whole place was full of swifts nests! And on one of them sat a swift comfortably, not even frightened off by excited and curious people like us! Samhith too was surprised that the bird did not fly away like the others, and I explained to him that she was probably sitting on her eggs, waiting for them to hatch! 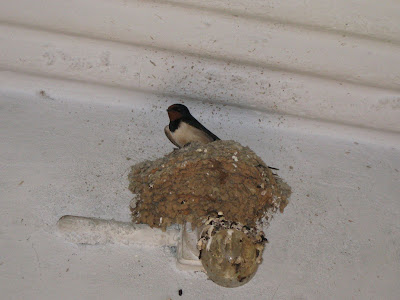 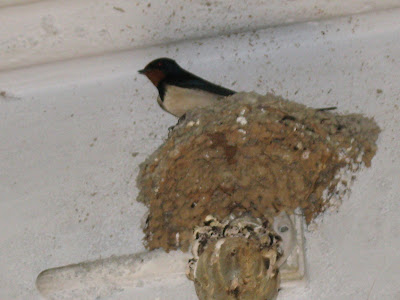 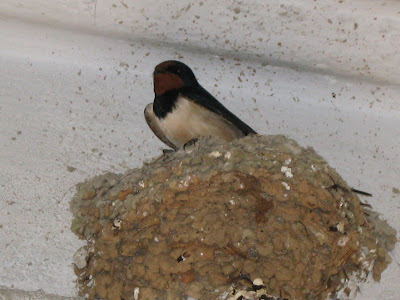 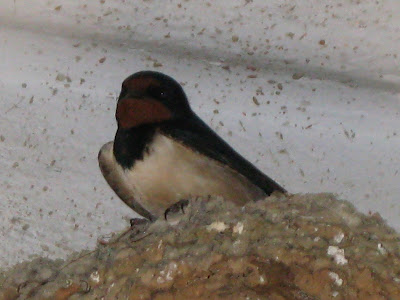 We were so engrossed in the swifts that we did not even realize that the road was no longer blocked! One of the villagers called out to us, saying that our vehicle was moving, and we abandoned the swifts and returned to the car!
When the car had stopped, we had been irritated at the unexpected delay, and bored. Never did we expect that it would bring us such a wonderful experience! Time did fly ‘swiftly’ indeed!