About Weavers and Munias,Lapwings and Robins.... Other birds at Morachi Chincholi

July 05, 2010
While peacocks did grab the eyeballs on our trip to Morachi Chincholi, there were plenty of other birds around as well. A tree near us was full of birds we thought were sparrows - till a yellow pair joined the lot! I tried to grab a pic, and only when I took a closer look did I realise that the other small birds werent sparrows at all, but some other small birds..... 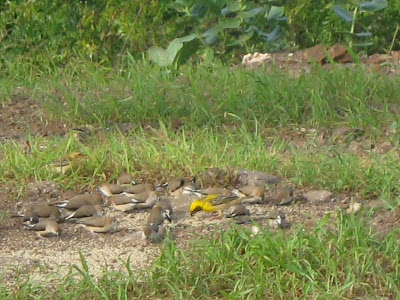 A look at the bird book made me think that the yellow one was a Baya Weaver, but I had no clue to the others. Finally I decided to ask for expert opinion, and asked a friend, who pointed out that there wasn't just  a male baya weaver in the pic, but also a female (which I hadn't noticed), and that the other small birds were Indian Silverbills, also called White-throated Munias. Thanks so much, Adesh, for the identification!
How many of you noticed the female weaver bird to the left of the group?
It wasn't really surprising to see these birds, considering what we saw in an old, disused well on the farm - 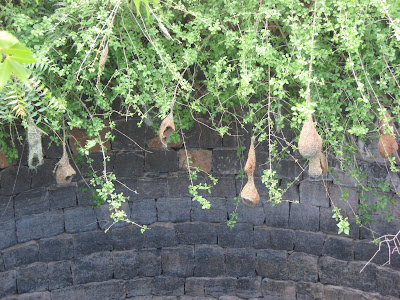 So many weaver bird nests in one place!  I don't know enough about these birds to tell you if these nests are old or being used, but they did look old, and there weren't any birds around..... so I guess these are abandoned ones....
Here's one up close.... 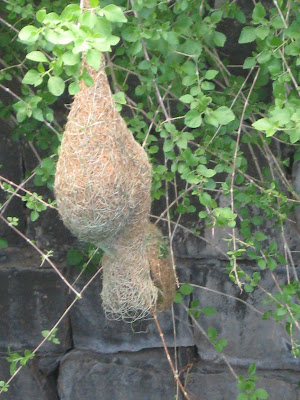 How beautifully made, isn't it??
We also saw a couple of Lapwings on the fields, vying with the peacocks for our attention..... 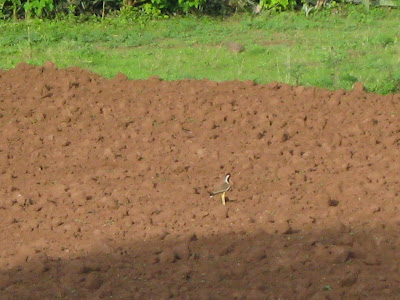 It looks like a Yellow Wattled Lapwing, from the pic in the bird book. But can anyone confirm this?

Here are a pair of robins - most probably Indian Robins.... There were so many of these around, but these were the only decent ones I could manage.... 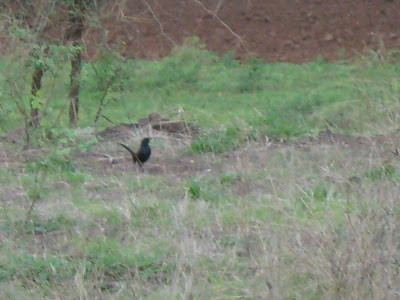 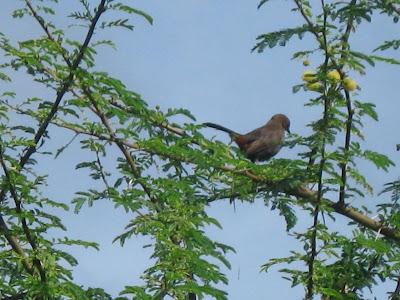 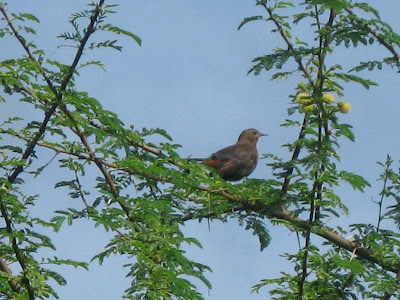 Here is another bird - no idea what it is....I feel the pic isnt good enough for a positive id... any ideas, though???
Update: This bird is a Ashy Prinia, also called Ashy Wren Warbler. Thanks Parag, for the identification! 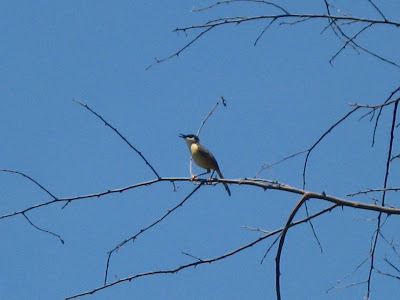 Not bad, wouldn't you say, for amateur birdwatchers who hadn't even planned to do any birdwatching?