February 26, 2011
When we first came to Bombay, the biggest challenge we faced was the language – we knew English, Hindi, Tamil, and a smattering of the other south Indian languages, but Marathi was truly an alien tongue then. And to add to that, our school had already started teaching Marathi, so I had to catch up too! We soon realized that the language was not all that hard to understand or to read – it was after all, not too different from Hindi, and thankfully the script was the same, but speaking was another matter altogether. Everyone in our vicinity insisted on being nice, and spoke to us in Hindi, even when we asked them to speak in Marathi so that we could learn the language.
That included our maid, who preferred to speak in her broken Hindi rather than listen to our broken Marathi! I stumbled through 5 years of the language in school, scoring well enough in the written exams, but not learning to speak a word, thankfully shifting to Sanskrit as soon as I got the option! That ended my tryst with Marathi for the time being, but I soon faced the language barrier again when I started commuting to college at unearthly hours of the morning and had none but fisherwomen for company in the buses and trains. That was when I learnt to speak at least a few words of the local language, since they couldn’t speak anything else! By that time I had lived for over 10 years in Bombay, and was too ashamed to admit that the language was still alien to me! It was after my marriage that my fluency in the language actually improved, when we started wandering around the interiors of the state, visiting temples, beaches and forts.
If you are wondering why I have been going down memory lane suddenly, it is because the issue has come back to haunt me, in the form of Samhith, who doesn’t know a word of the language, and refuses to even try to understand! We live in a predominantly south Indian area, where even the shopkeepers and maids speak perfect Tamil, so he can speak better Tamil than Hindi! Of course, for all practical purposes, English is his first language, and being in an ‘International school’, he has French as his third language (second is Hindi, thankfullyJ). With all these languages, he scarcely has any interest in Marathi, which is not surprising, considering that he hardly ever hears it spoken!
And then, a couple of weeks back, we attended the Kala Ghoda fest, where Pratham books launched one of their new books – ‘My Unforgettable trip” by Milind Gunaji. The book relates the fictional tale of the author meeting a ghost as he travels around the various forts built by the great Maratha king, Shivaji. I have read a couple of his travel books earlier, and have admired his detailed knowledge about all the places in Maharashtra, and naturally I was keen to attend the launch. As for Samhith, the prospect of getting a new book will make him come anywhere with me! While he was interested in reading a book about Shivaji and his forts, what we didn’t expect was that Milind would choose to speak in Marathi! 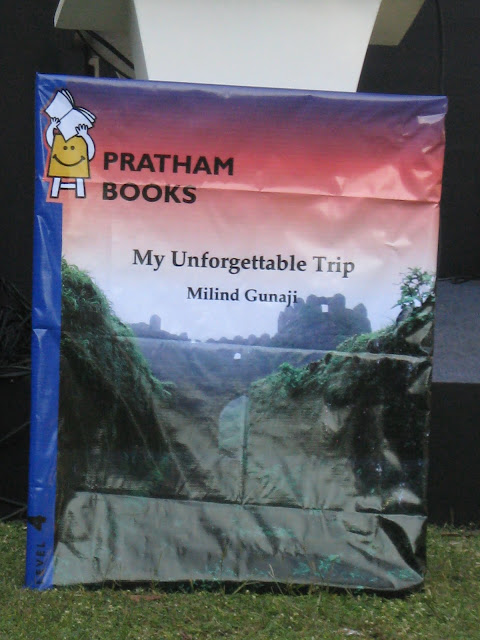 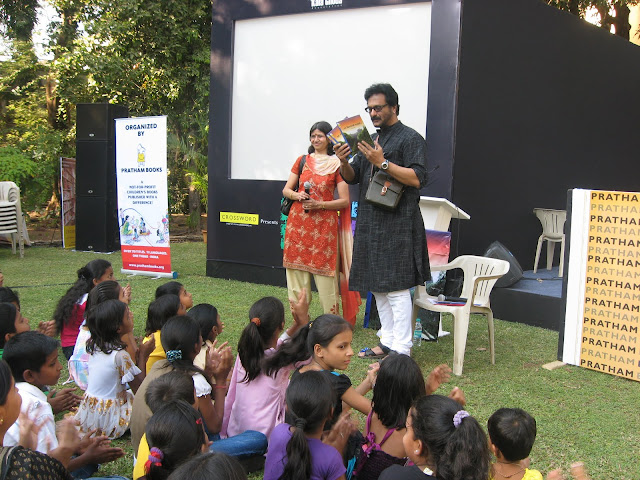 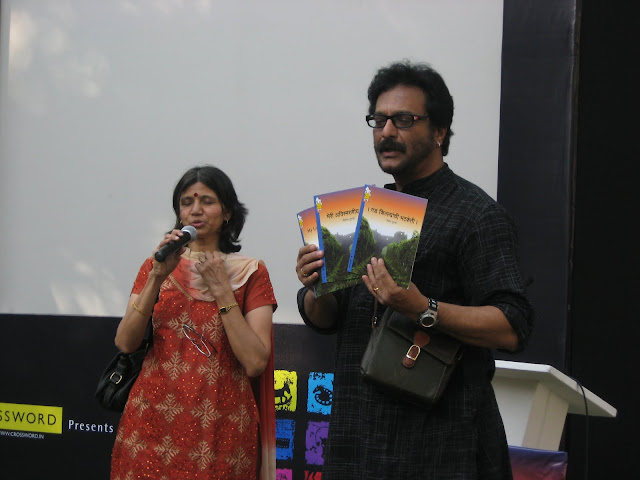 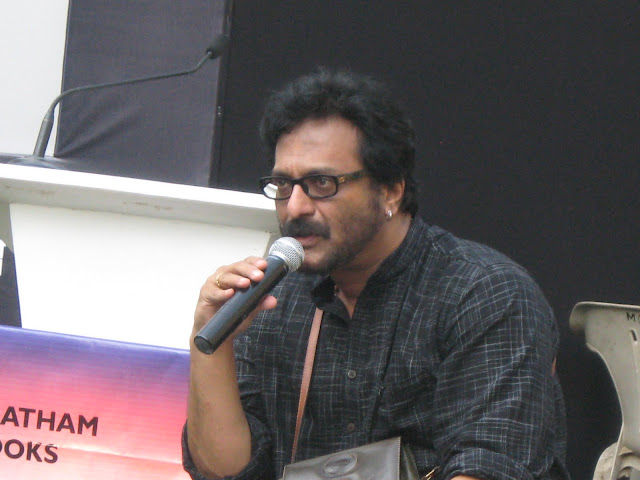 The book has been released in three languages – English, Hindi and Marathi – and thinking back, it was quite natural for him to choose to read the Marathi version. Unfortunately, while most of the kids there were certainly comfortable with the language, there were a few who were bored enough to either interrupt with frequent questions to their parents , and even one who decided that the puppet show was more interesting, and left midway! As to Samhith, you should have seen the look he turned on me as soon as the book reading began! Knowing that I wouldn’t leave in the middle of any talk, he sat on calmly right at the front till the whole session was over!
Of course, I then had to get him a copy of the book in all the three languages, for sitting through the programme, but it was certainly worth it, for he now wants to learn Marathi too! He finally seems to have grasped the fact that learning the local language is important, and that it is also useful to know as many languages as possible! We have returned from the fest with an armful of books – some of them in basic Marathi – to read during our vacation!
As for the book, we read it on the way back in the train, and it was a truly enjoyable tale. Milind has woven an interesting narrative with details of the forts, something which Samhith enjoyed. The concept of meeting a ghost was what he loved… and made the story fascinating for him.  I am sure that when we visit the forts, he is going to remember the incidents described in the story. I wish there were more such books which bring history to life, and bring our heritage closer to our children.