January 10, 2012
As a student of Mumbai University, I always regretted the fact that I never had to visit the beautiful campus at Fort, commuting to the Kalina campus instead. Every time I was in town, I walked along the Fort Campus, looking up at the clock tower, slowing down to take a closer look at the convocation hall. At one time, I remember hoping that I would enter that beautiful hall for receiving my degree, but that hope too came to naught, since the premises were too small, and we were handed our degrees by a harassed clerk who couldn't care less about the momentous occasion! I digress, however, for this post is not about my degree, but about the majestic clock tower of Mumbai University - Rajabai Tower, which I recently photographed on a visit to the University. 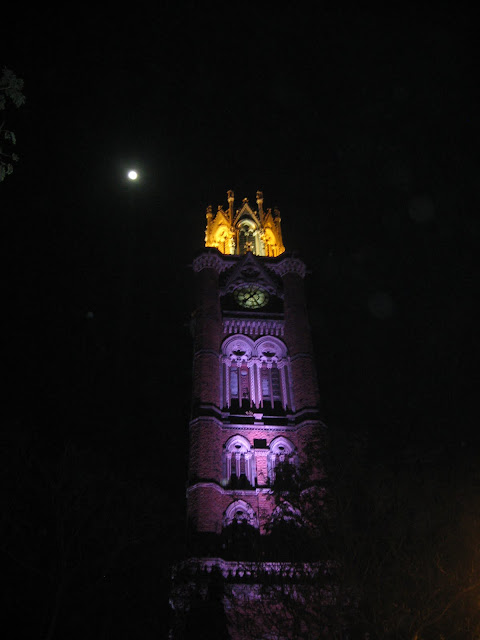 The Rajabai Tower is our very own version of the Big Ben. It was modeled on the famous clock tower by its architect, Sir George Gilbert Scott. It was built over a period of over 9 years, from 1868-1879, at a cost of about 2 lakh rupees, the entire cost borne by the one of the founders of the Bombay Stock Exchange, Premchand Roychand, under the condition that the tower be named after his mother, Rajabai.


It is said that Rajabai was blind, and, as a staunch Jain, she had to eat her dinner before sunset. The chimes of the clock helped her do so without anyone's help! 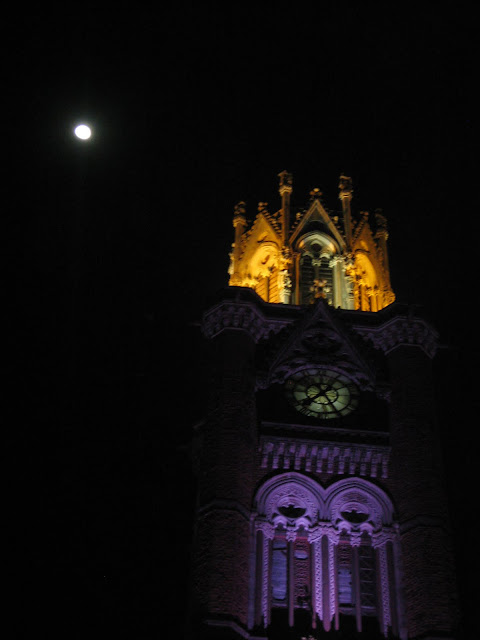 During the British Rule, the clock played a total of 16 tunes, which were changed 4 times a day. According to Wikipedia, today, the clock chimes only one tune, every 15 minutes, something I haven't noticed! So, the next time you find yourself in town near the Fort Campus, see if you can hear it!