River Tern Lodge, Bhadra - Getting There

November 06, 2012
As Diwali approaches, I have been re-living our trip last Diwali to Karnataka. We started on a devotional note, visiting Sringeri, Udupi and Kollur. But that did not stop us having unexpected surprises which had nothing to do with temples, as well as adventures that we had not planned for. Continuing with the story, here is how we eventually reached our final destination - River Tern Lodge at the Bhadra Reservoir.....


“How much longer?” is a constant refrain that we hear from Samhith, no matter where we go. However, this time, it wasn’t Samhith asking the question... it was our auto driver! We were on our way to the River Tern Lodge at the Bhadra Reservoir, from Shimoga, and having missed one bus, and unwilling to wait any longer, had decided to take an auto. 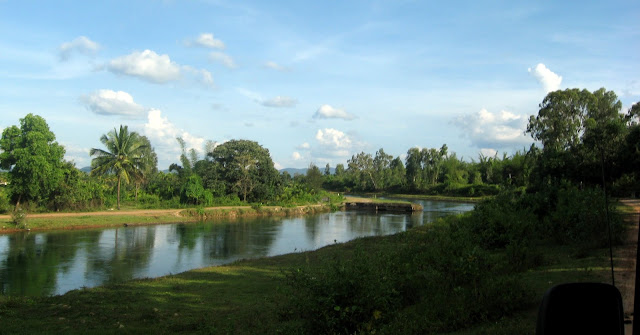 Finding an auto ready to take us wasn’t easy... and neither was bargaining. However, we had clear directions from our hosts, plus, the driver of the bus which had brought us to Shimoga had been a well informed man, who had confirmed the route, and we convinced the auto driver that there was, indeed, such a place at the outskirts of his city. As the road wound on and on amidst the lush green fields, the driver grew more and more impatient, wondering where on earth we were asking him to go. He seemed to doubt us even when we pointed out a board showing us the way to the lodge... It didn’t help matters that the road was being repaired and we had to take a diversion. “I have never come here before. You are the first people coming all the way here... if you want a hotel, why don’t you take one near the bus stand?” were the multiple questions we had to field as we stuck to our guns and persuaded him that the lodge was “just a little further”! At last we turned a corner, and the canal was suddenly much wider... on its banks was a temple, and behind it we could get a glimpse of the reservoir... but where was the resort? Another narrow road led us along the wide expanse of water... and there... there was River Tern Lodge at last! 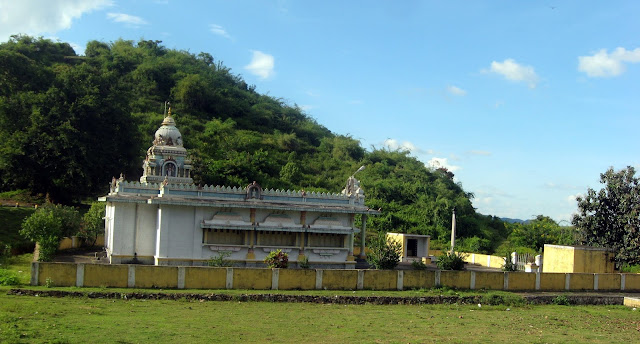 Jungle Lodges has always been a favourite of ours. Shankar has been to many of their lodges, ever since his college days. Our first trip post marriage was to their resort at Dandeli....we introduced Samhith to the delights of responsible wildlife tourism and birdwatching at their K.Gudi camp and their Sloth Bear resort was a perfect mixture of wildlife and heritage experiences! Kabini seems to elude us, but I am sure one day we will go there too...We appreciate their ideas, the way the resorts are organised and managed, and days spent there have been memorable, filled with activities, yet relaxing! While planning our trip to Sringeri, we had been looking forward to a day or two of relaxation, away from temples, preferably at some place far removed from civilization... we were trying to choose between two JLR properties – Devbagh near Karwar and River Tern at Bhadra. We were still trying to decide when I met Karthik during the Corbett trip. Hearing him talk about Bhadra was enough to convince me, and our decision was made. And that is how we arrived at the River Tern Lodge, almost exactly a year ago! 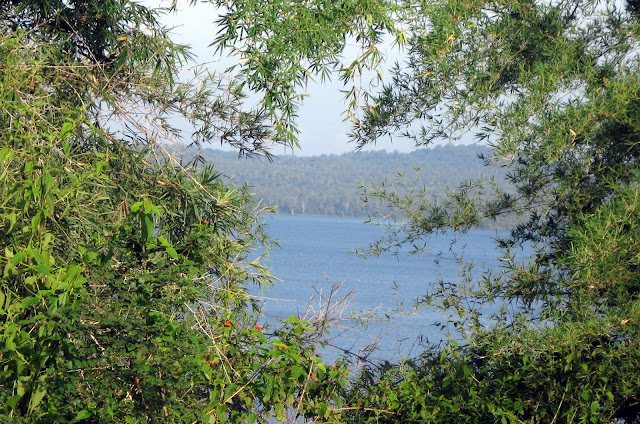 Our work at Sringeri and the time we had on hand had left us only two days at River Tern Lodge. The journey from Sringeri had been adventurous and memorable, but also tiring, and all we were looking forward to was crashing on the bed the moment we entered our room. However, our room was still a long way ahead. As we followed a young boy effortlessly carrying our luggage over a path which seemed to go over the mountain and amidst a thick forest, I panted and tried to keep up, wondering just how further our room was! We knew there must be rooms all around us, but nothing much was visible...except a glimpse here and there as we turned a corner. 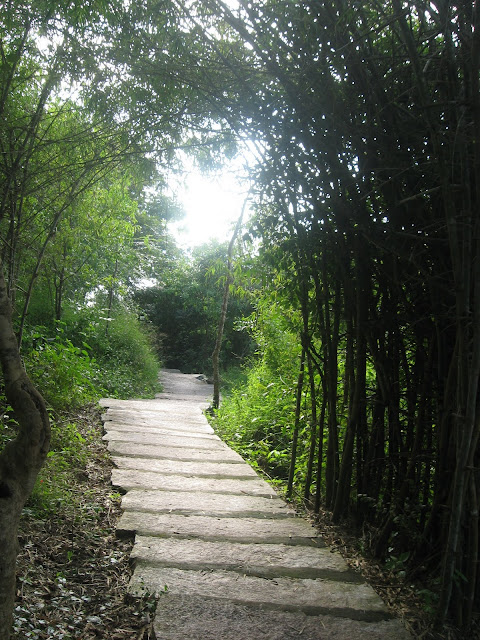 The trees seemed to muffle all sound too, because we could scarcely hear anything but the chirping of birds. It felt like we were all alone... and then, we turned off the path, and there was our room. 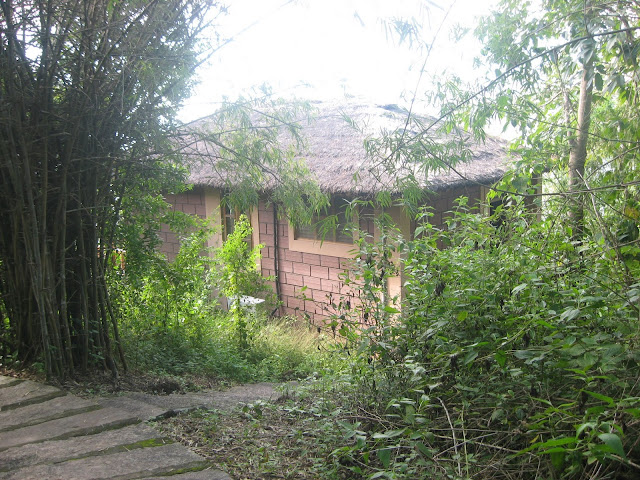 Shankar was the first to enter, and he just stood at the entrance... staring! Samhith had another response – he ran inside and came back out shouting “Amma, look, its the sea!!!” If you are wondering where the sea comes into the picture in central Karnataka, no, it wasn’t the sea...... 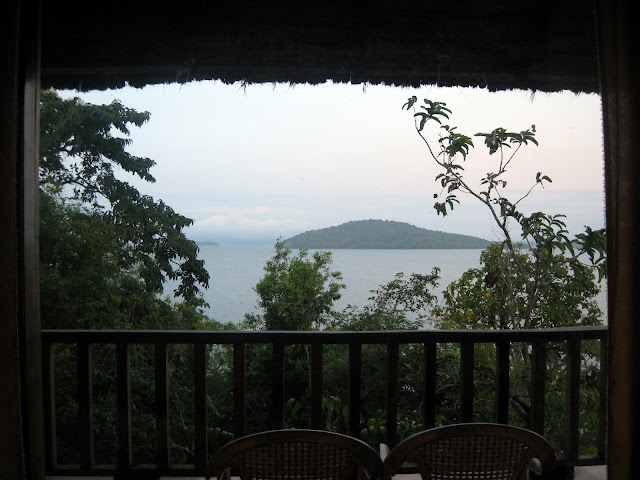 It was the Bhadra Reservoir! That was the view from the entrance to our room... ‘Stunning’ is too simple a word for it, isn’t it? 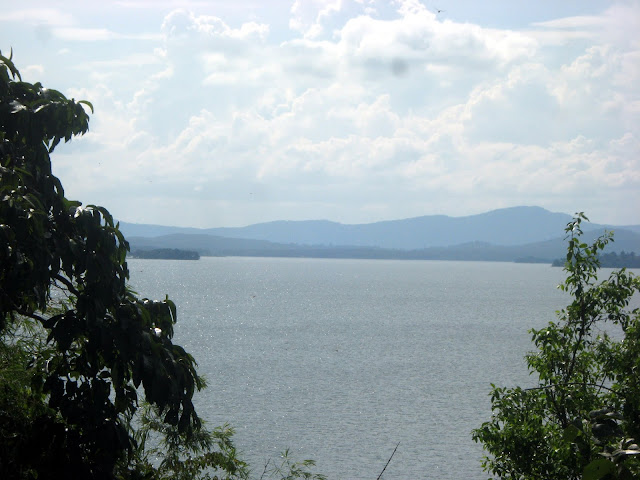 I hope you are, by now, curious enough to know what our stay there was like... Well, that is another loooong story, so you will have to await my next post!

Otherwise, you can, of course, like us, hire an auto driver to take you to Lakkavalli, and persuade him to take you a ‘little bit further’!

River Tern Lodge is part of Jungle Lodges, and bookings can be made online, through their website, or from offices of Karnataka Tourism.