It has been a hectic week, and I am so glad it is over! My computer had crashed, and then the internet did, and by the time they both got back, I have had loads of work piling on. Catching up with my posts has been a priority, so, in an attempt to at least complete one set of posts, here is the final in the Storming Sewri series.... 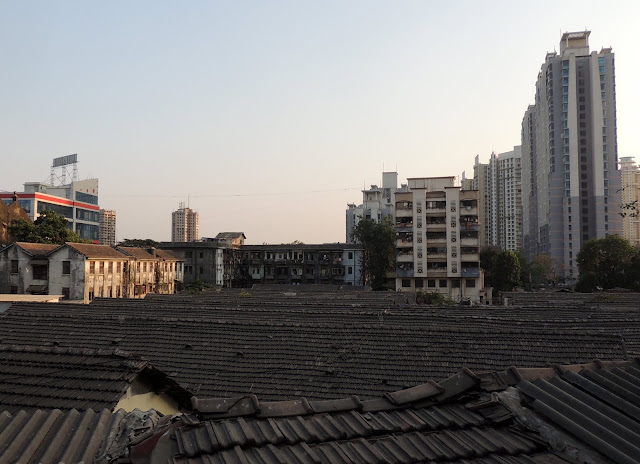 The paved path leads us uphill, but the hill is scarcely visible. All we can see are tiny tenements lining the path on either side. As we climb further, the road (if I can call it that) gets narrower, and the houses more colourful. It almost feels like we are in a village, not in the middle of one of the busiest cities in the world. 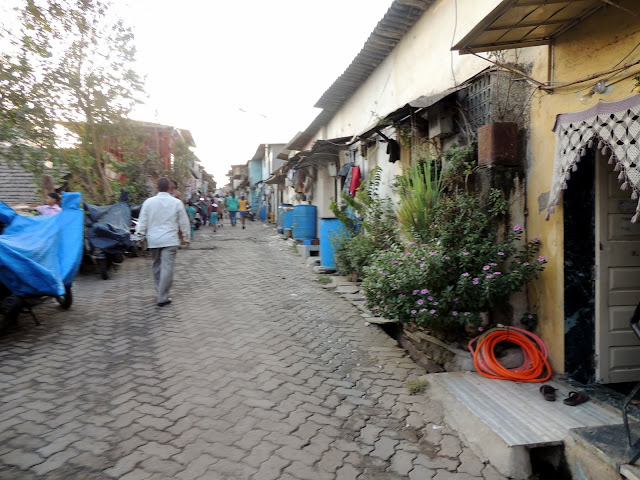 We are on Golanji Hill in Sewri. At one time, this hill was used as a firing range by the British soldiers, which earned it its name, from the Marathi word for bullets – goli.

At that time, the view from this hill would have been gorgeous, with the city stretching on one side, and the sea on the other. All around would have been other tiny hillocks, each with their vantage views. Today, we can barely make out any hillocks. The skyline is dominated by concrete..... each structure competing with the others to touch the sky. As to the sea, we have to strain to catch a glimpse of it. All we can see are broken tiles on the tenement roofs – a stark contrast to the modern towers. 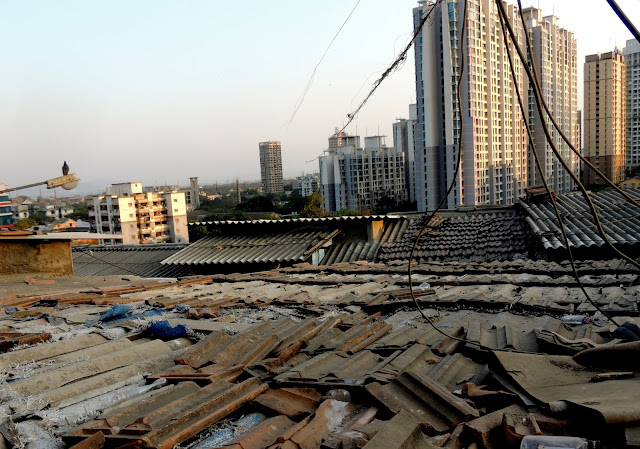 Turning into a tiny, almost-invisible alley, we find ourselves right at the top – a bare patch of land, once the summit of the hill, now used as a playing field. A group of boys are busy playing cricket, and they stop to watch us. Evidently, outsiders like us are rare in this close knit community of the hill. 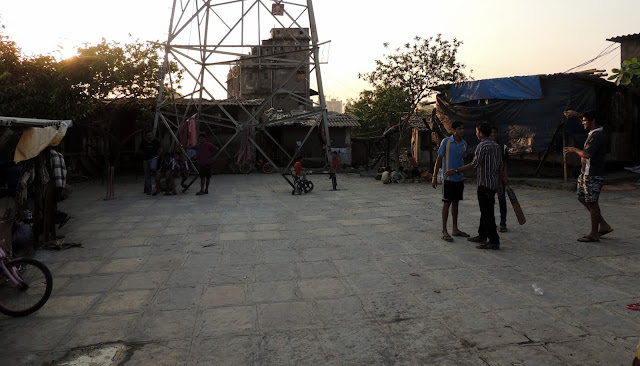 I wonder why this patch has been left alone, instead of being encroached by hutments like the rest of the hill. It takes me a while to realise that what has kept this patch bare are in fact, two huge electricity towers or transmission towers – right at the top of the hill. It turns out that these electric towers, or rather the original ones, were among the earliest to be installed in this city, bringing current over from the mainland, to light up this tiny island. Here is yet another nugget of history, which lies forgotten beneath the fast moving pace of the city. 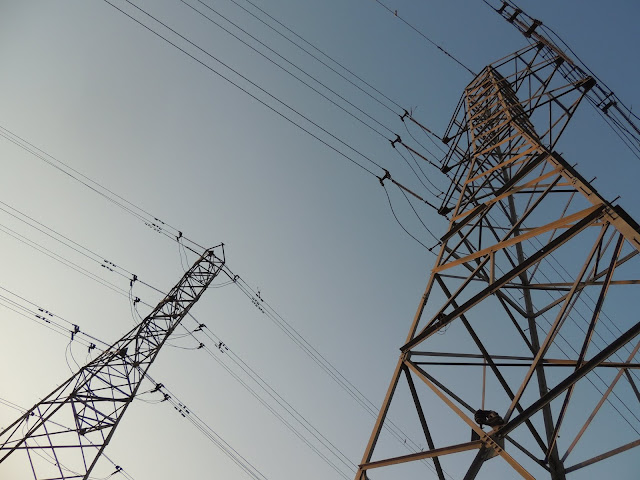 I think I have seen it all, and yet, as we continue our walk, the surprises mount. We forget that we are in the middle of a crowded city. The old styled houses with their Tulsi plants take me back to another era. 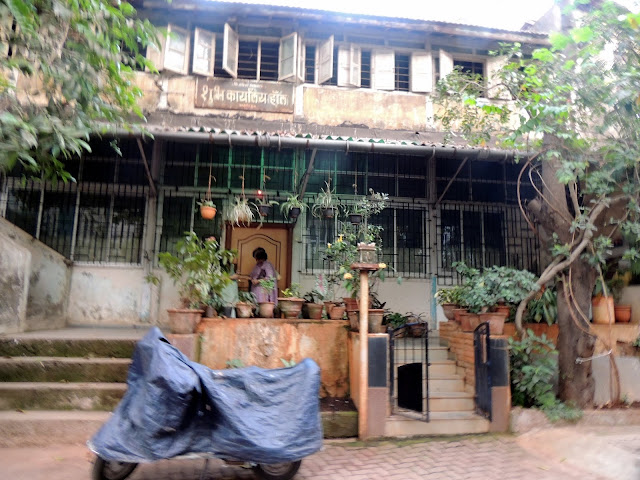 We are reminded that this was once part of ‘Parel village’, 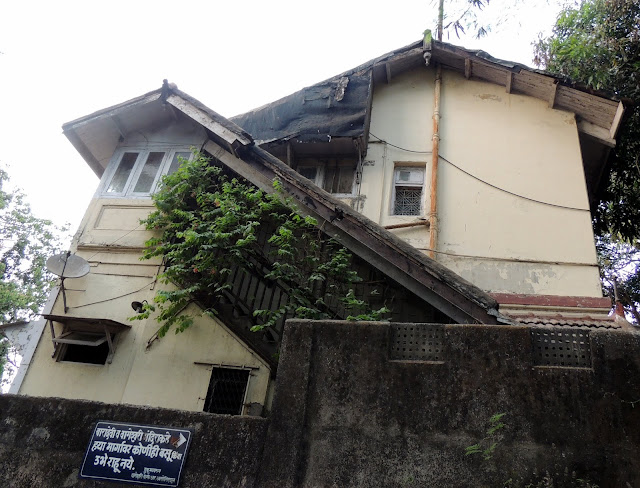 and here, in an unimposing structure, is what we have come to see. 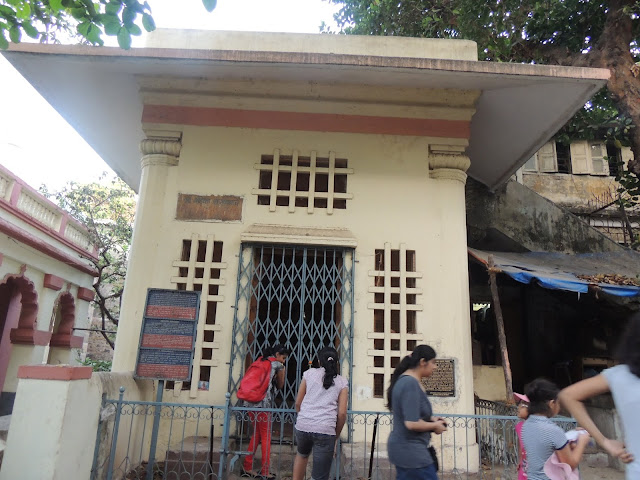 It looks like a temple, but isn’t. Its simply a room, with a collapsible door, which is bolted tight. At first, I can barely make out what is inside. 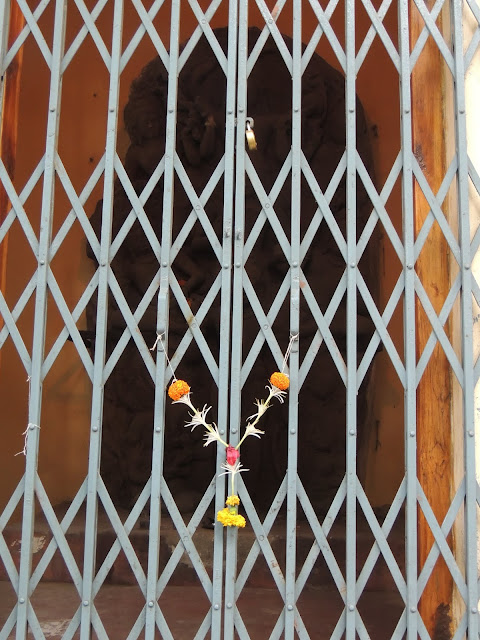 The board outside tells me that its one of the oldest, and biggest monoliths of Shiva in Mumbai.... 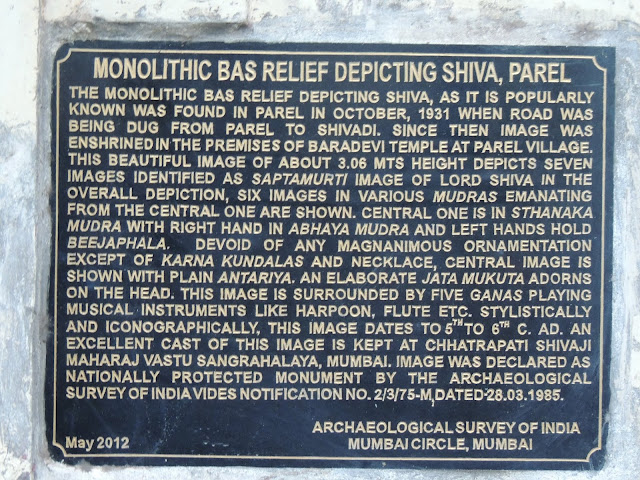 but I cannot see any details till I walk inside a tiny gate, and peer through the collapsible doors. And here is what I see – 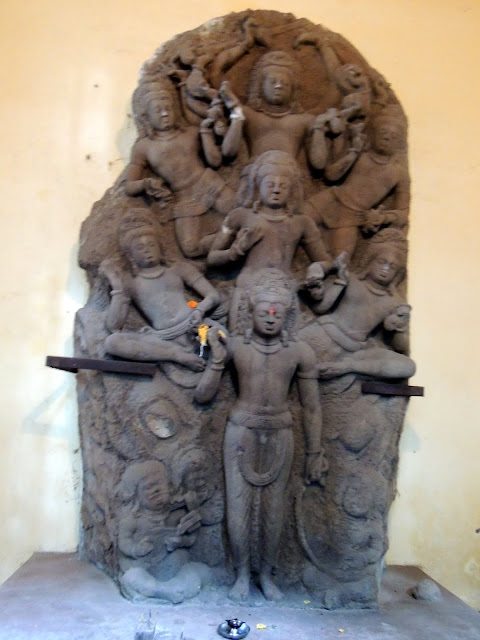 This is the ‘Parel Shiva Heptad’ – a monolithic statue of Shiva, with seven faces, believed to date back to the 5th or 6th century AD. The image was found when the area was dug for road construction in 1931. While scholars wanted to display it in the Prince of Wales Museum, the locals refused to part with it. The museum eventually got a replica, and the image was installed in a shrine near where it was found. It is believed to represent Maheshamurthi – the full manifestation of Shiva.

There are a total of 11 figures in all – a central figure from whom 6 others emerge. Together, the seven represent Shiva in all his forms. At the bottom are 4 kneeling figures, representing the Ganas, his devotees, playing various musical instruments.  Interestingly, though there are 11 figures, the image is locally called ‘Baradevi’ (12 goddesses).

We turn back at last, having finished our quest for the day. As we pass yet another hillock covered with hutments, I learn that this is the Sewri water reservoir. Yet another bit of history I have been ignorant about. Heading back home, I can’t put the trip behind, and tell everyone I meet about what I have seen.

Weeks have now passed, but as I sit and write this post, I am still consumed by the sense of wonder I felt at discovering the hidden bits of history at Sewri. And I cant help but wonder -   what other secrets lurk beneath the surface of this city? Will I ever learn it all?

And now, having finally finished with the Storming Sewri series, a hearty ‘Thank you’ to the wonderful people at Travel-Logs, for introducing me to a part of the city I never knew existed.

For more details about the Parel Shiva Heptad, check out these links.