June 12, 2013
Returning from our encounter with the python, we chose a different path back, and came across this.... 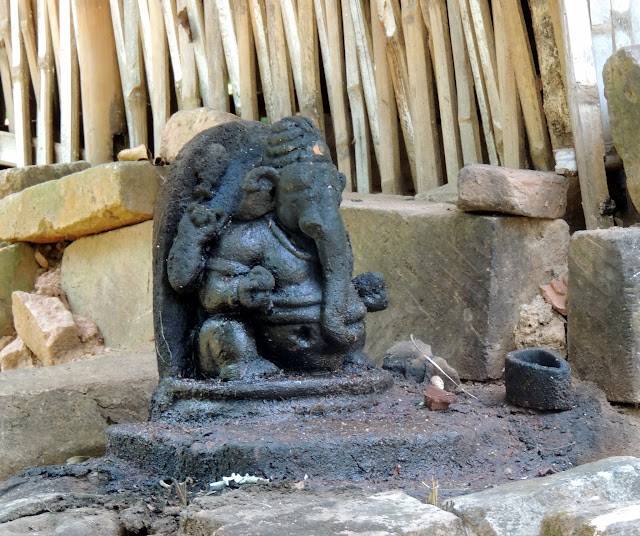 A stone idol of Ganesha, with a small stone container (probably a lamp), with a feather lying by the side - doesn’t it look like the feather might be a quill, and the container might hold ink, ready for the Lord to pick it up and write? As the one who penned down the Mahabharata as Vyasa dictated it, the sight was appropriate, don’t you think? 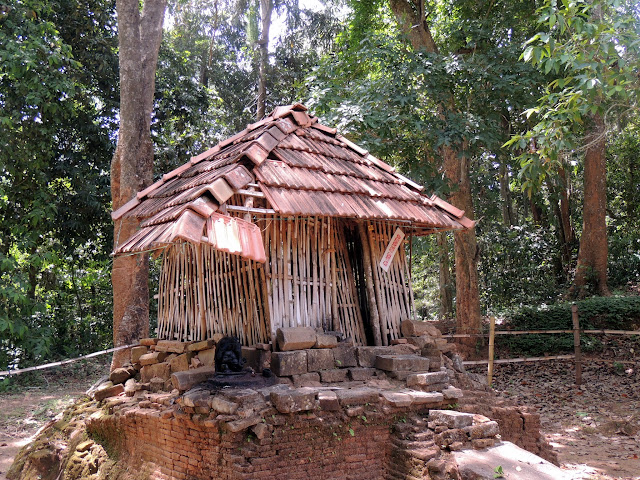 The idol was installed outside what we were told, was an ancient, tribal temple. 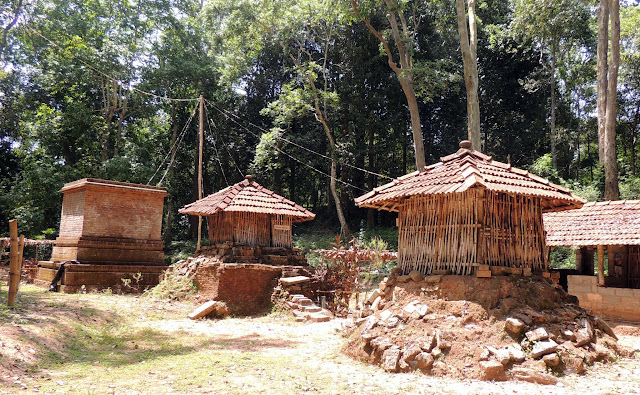 The temples were really shrines, built mostly with bamboo, and in one case, bricks, and they were old, though they didn’t really look ancient. 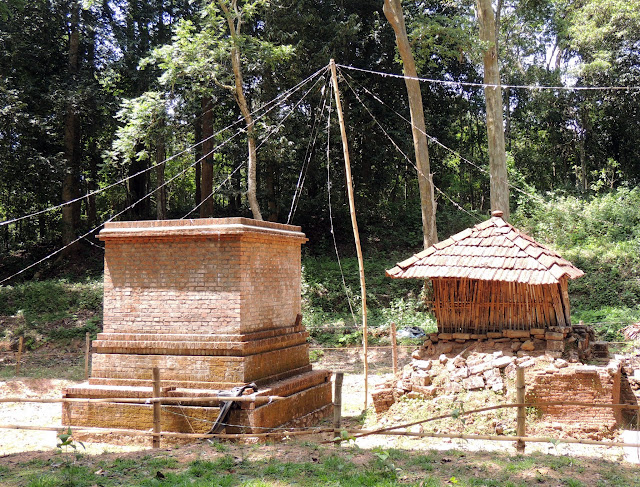 There wasn’t much to see or appreciate, especially since the temples were closed. 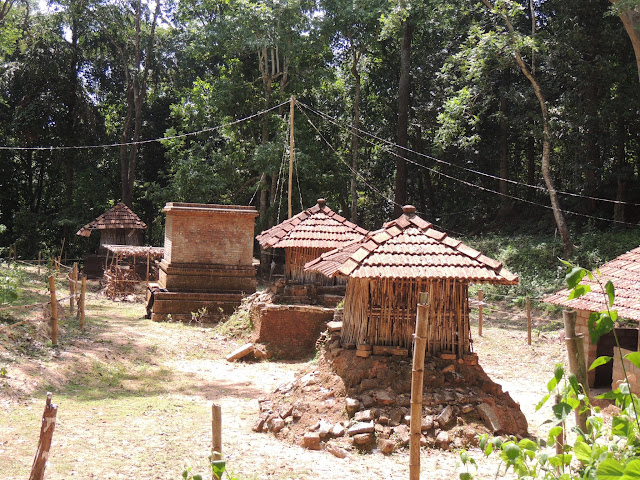 The Ganesha idol was surely the most interesting thing here, and that too by a quirk of nature, which caused the feather to fall where it did!!!!