Birds from my window - Asian Koel 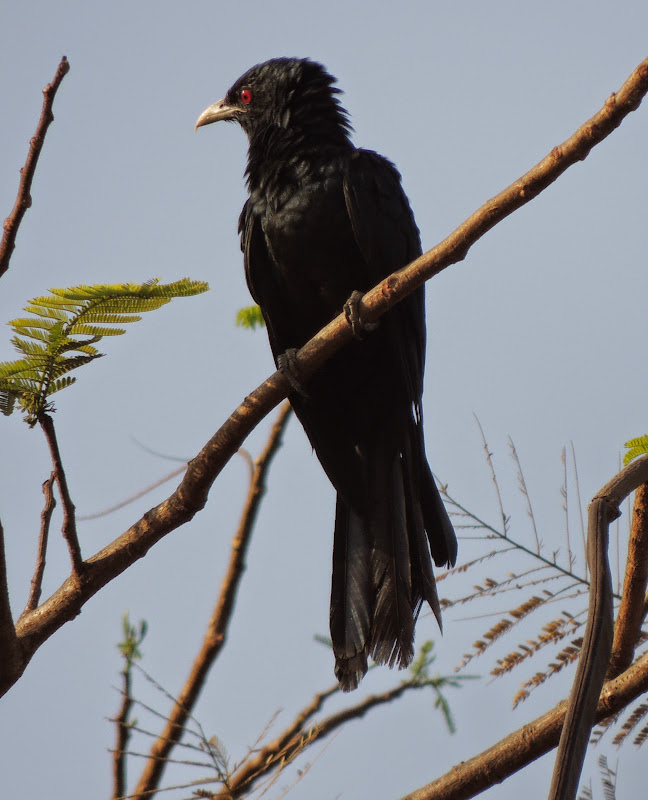 ..so go the words of a popular Hindi song. The Koyal or the Cuckoo (Asian Koel) is a popular bird in Indian culture and folklore, highly appreciated for its song. It has sometimes been called 'The Indian Nightingale' for the same reason. 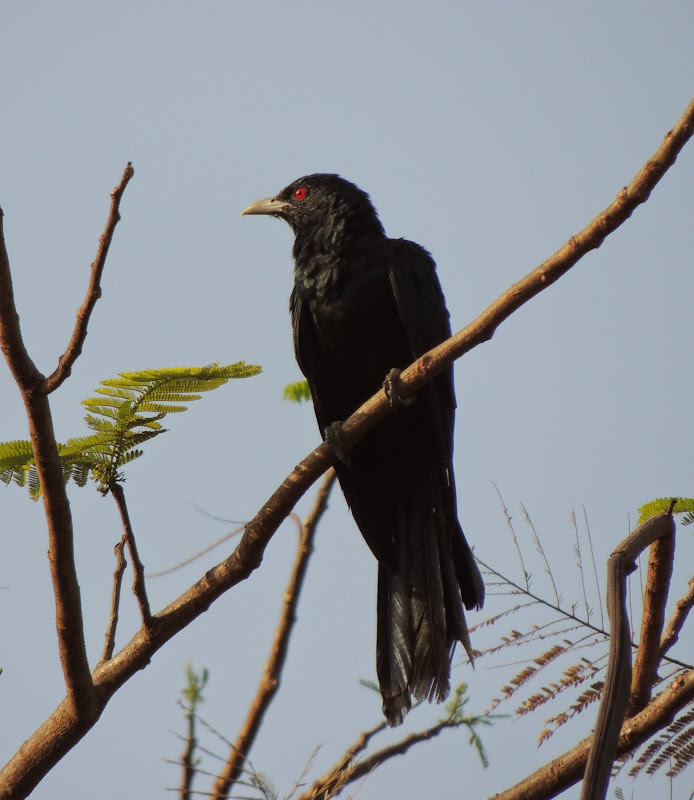 Since the last few weeks, I can hear this melodious song all day long, but it is only rarely that I get to see these birds. The male is jet black, and is easily mistaken for a crow... distinguished from a distance only by its bright red eye. 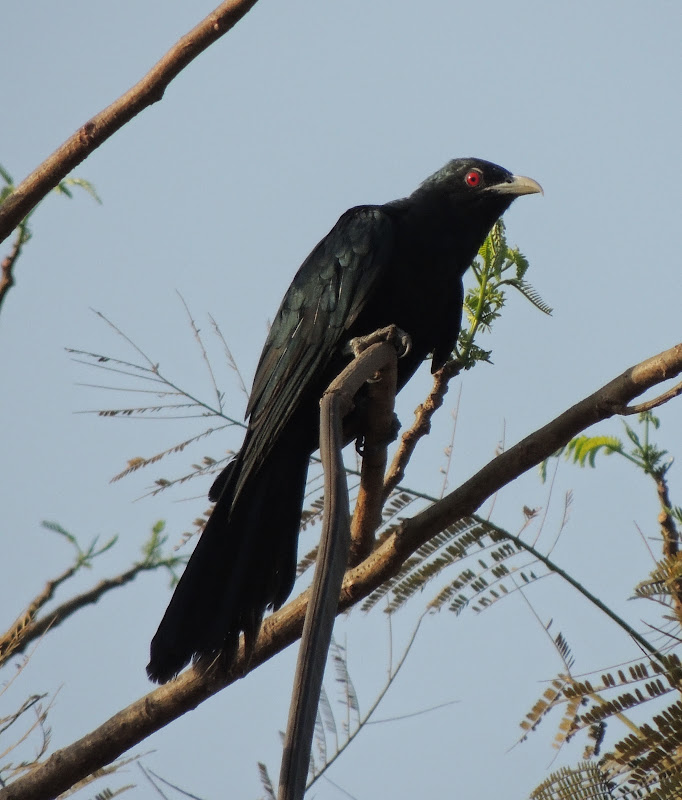 The female on the other hand, is brown, speckled with white, and is so well camouflaged, that she is hard to spot. It is sheer persistence, and of course, luck, which has allowed me to photograph them, from my window at home! 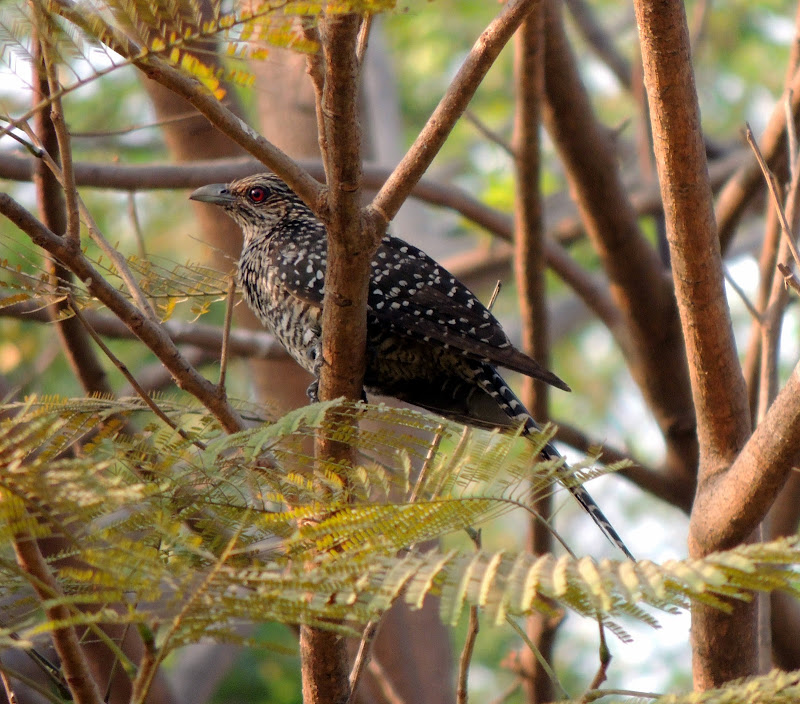 Mid March to mid August is the breeding season for the Asian Koel, which is why I can hear them so often, as they call out to each other. Once the bird lays its eggs, usually before the onset of the monsoon, the birds go quiet and disappear. 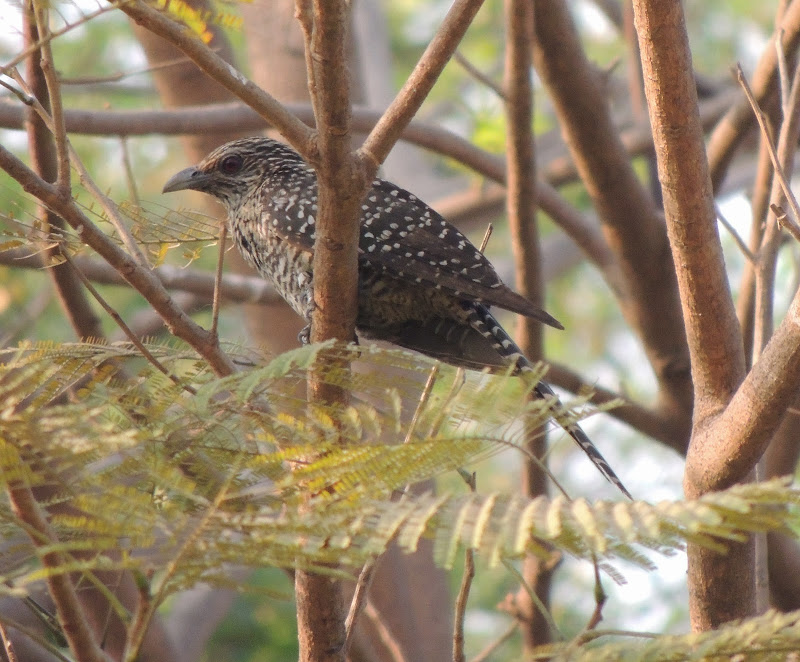 Asian Koels are brood parasites, laying their eggs in the nests of other birds, thus evading the pains of parenting. Interestingly, Wikipedia tells me that in the Vedas, the koel is described as 'Anya-vapa' - that which has been raised by others'. This is considered to be the earliest knowledge of brood parasitism! 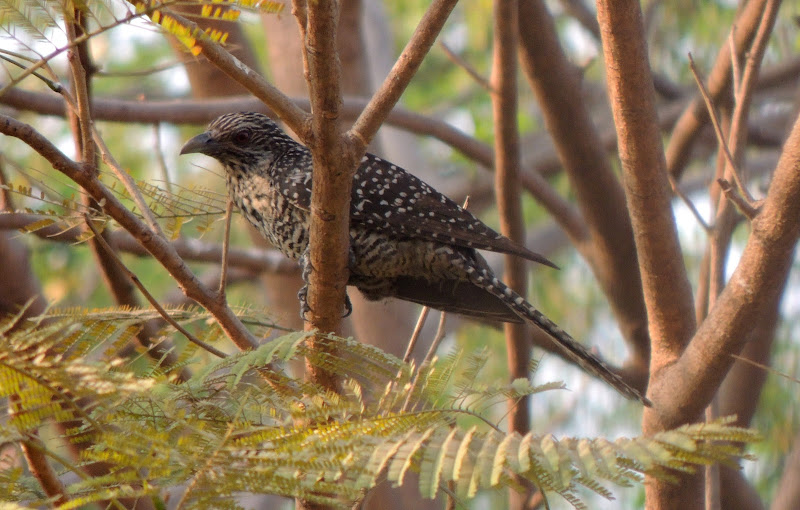 Meanwhile, as the koels search for a suitable host nest, I make the most of their song, as it provides the perfect background score nature can provide!

I live in Mumbai, in a colony lucky enough to still have plenty of trees and open spaces. The best part of living here are the birds I see from my window, every single day. "Birds from my Window" is a series, where I regularly feature photos of birds I see from my home. To see all the posts in this series, click here.