May 07, 2014
Nestled amidst the Western Ghats, filled with coffee estates and dense forests, Coorg is home to snakes of many kinds. I honestly don't know what I would do if I faced one in the wild, but on this trip, we had a different encounter with the slithering reptiles.... Through depictions in art! 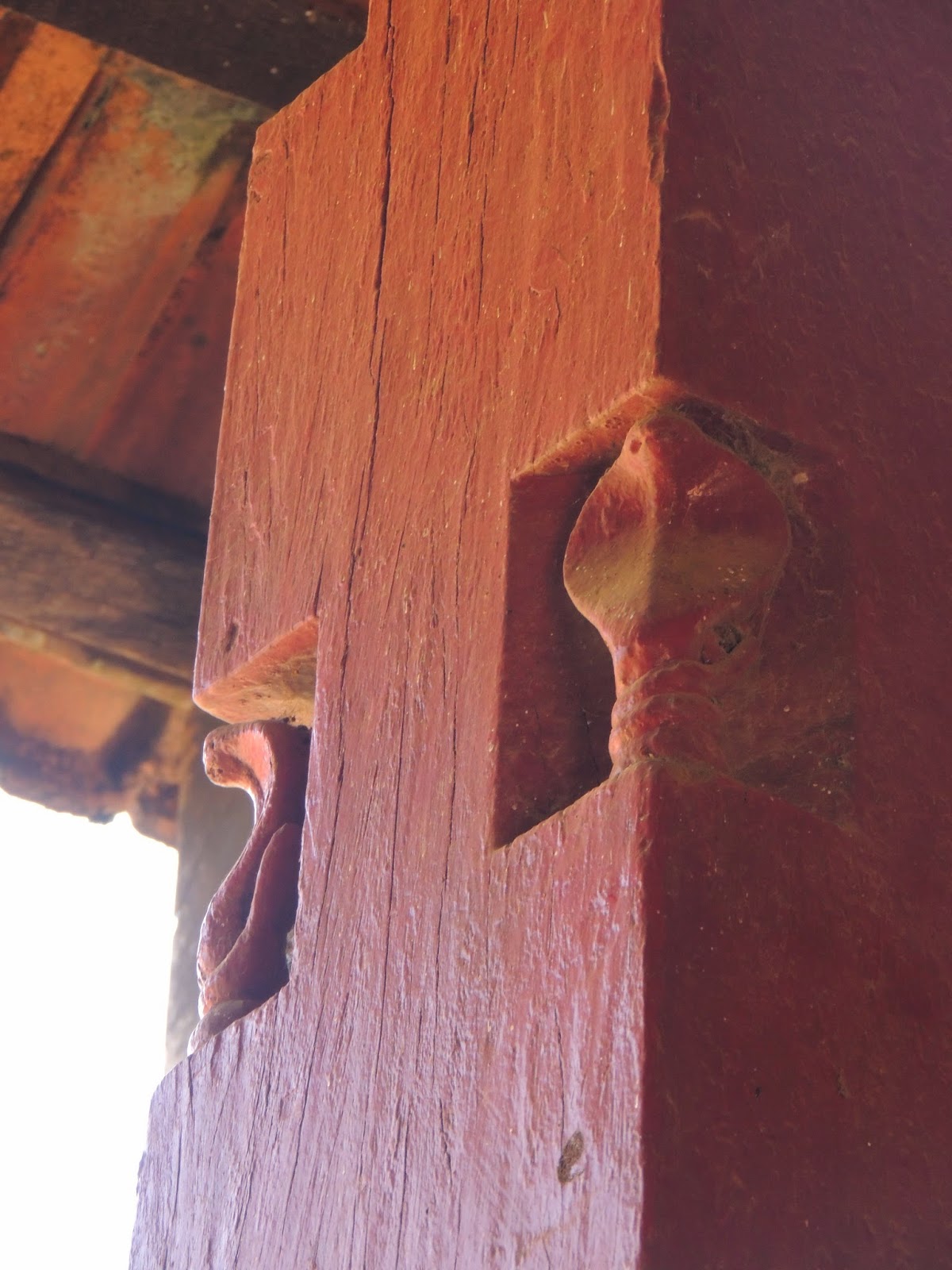 It began at the Nalknad palace, which used to be the hideout for the kings of Coorg in the days before they were finally routed by the British. A board at the entrance informed us that there were various representations of snakes all over the palace, and this one greeted us from right over the doorway. 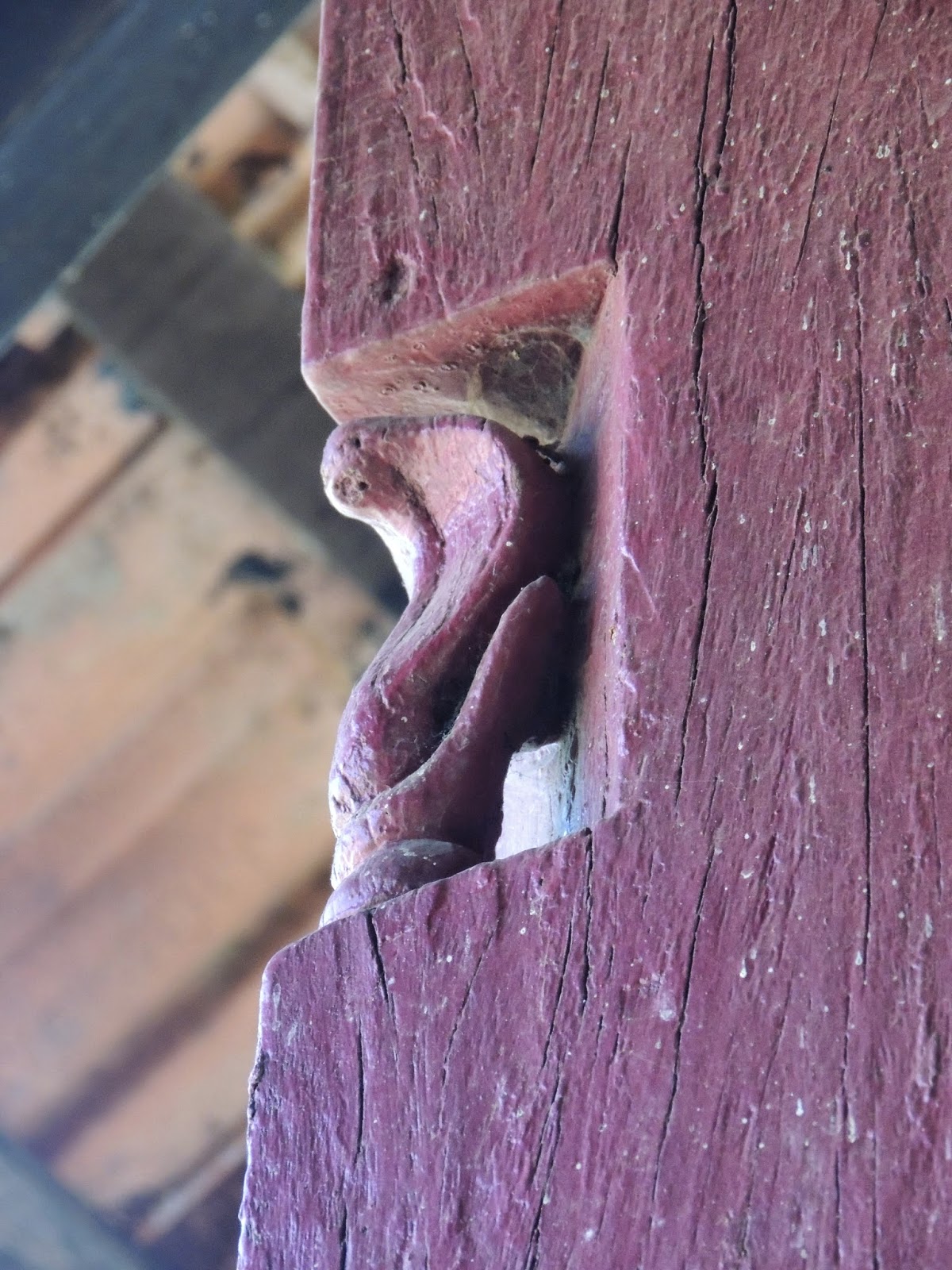 Inside, there were more....

I especially loved this one, which I have seen only in temples so far. 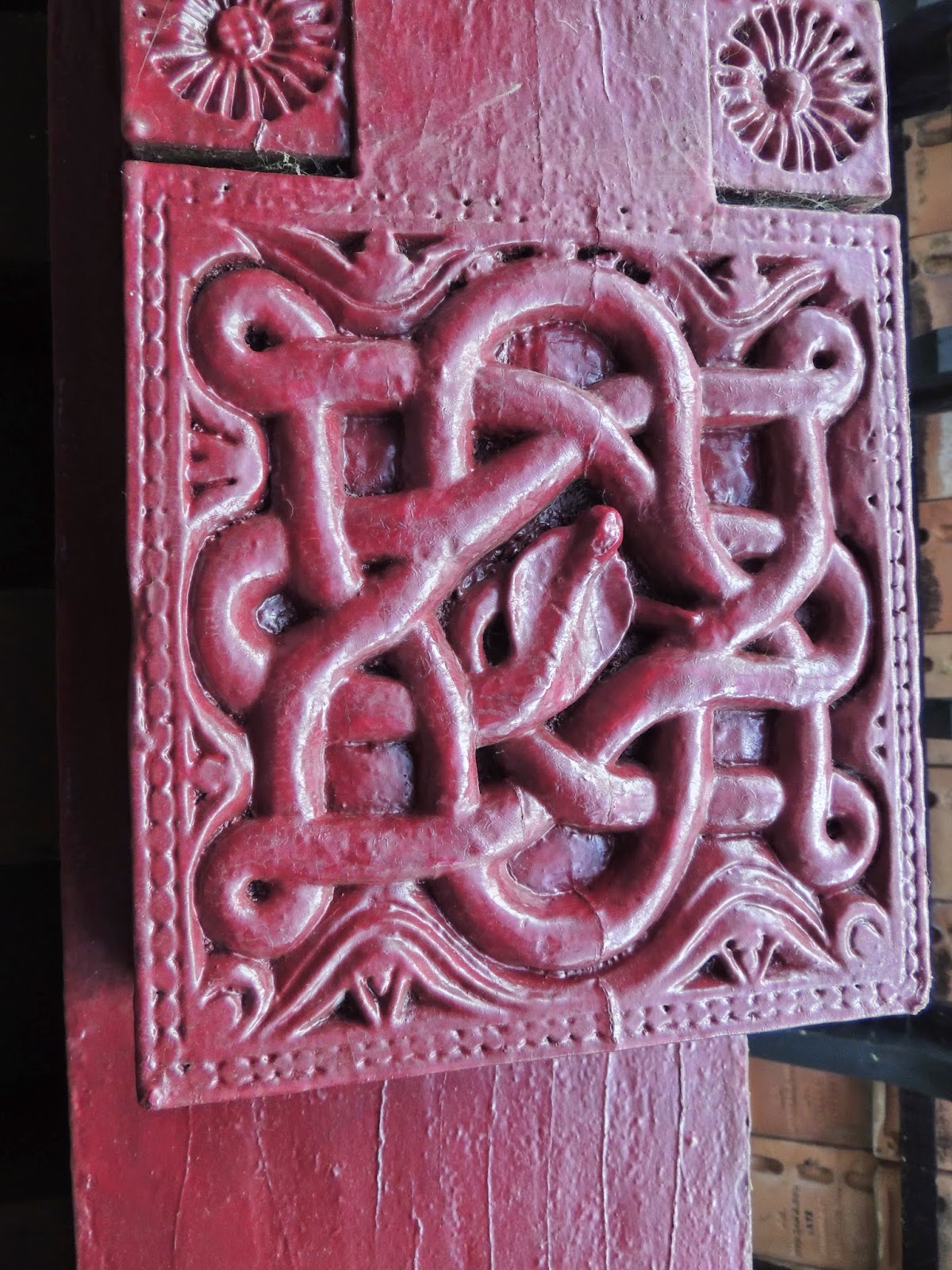 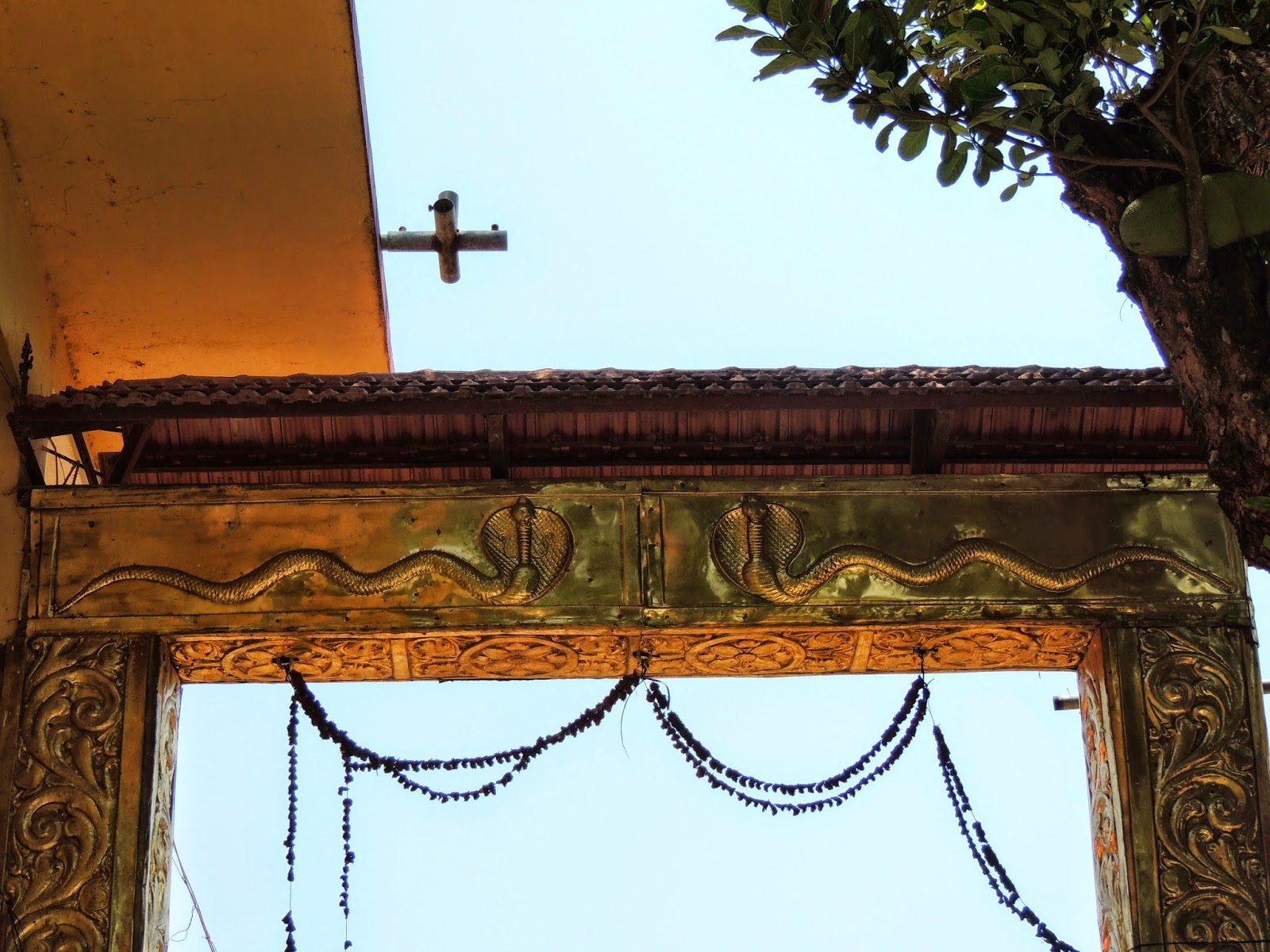 Igguthappa is a warrior god, prayed to by the locals of this area. He is considered the Kodava equivalent of Muruga or Subramanya, who led the army of the gods. One of his symbols is the snake, so the depiction is understandable. The temple was under renovation, so we weren't able to see much of it, but I was fascinated by this structure, which stood near the the entrance,at the spot where the deepasthambh would normally stand. 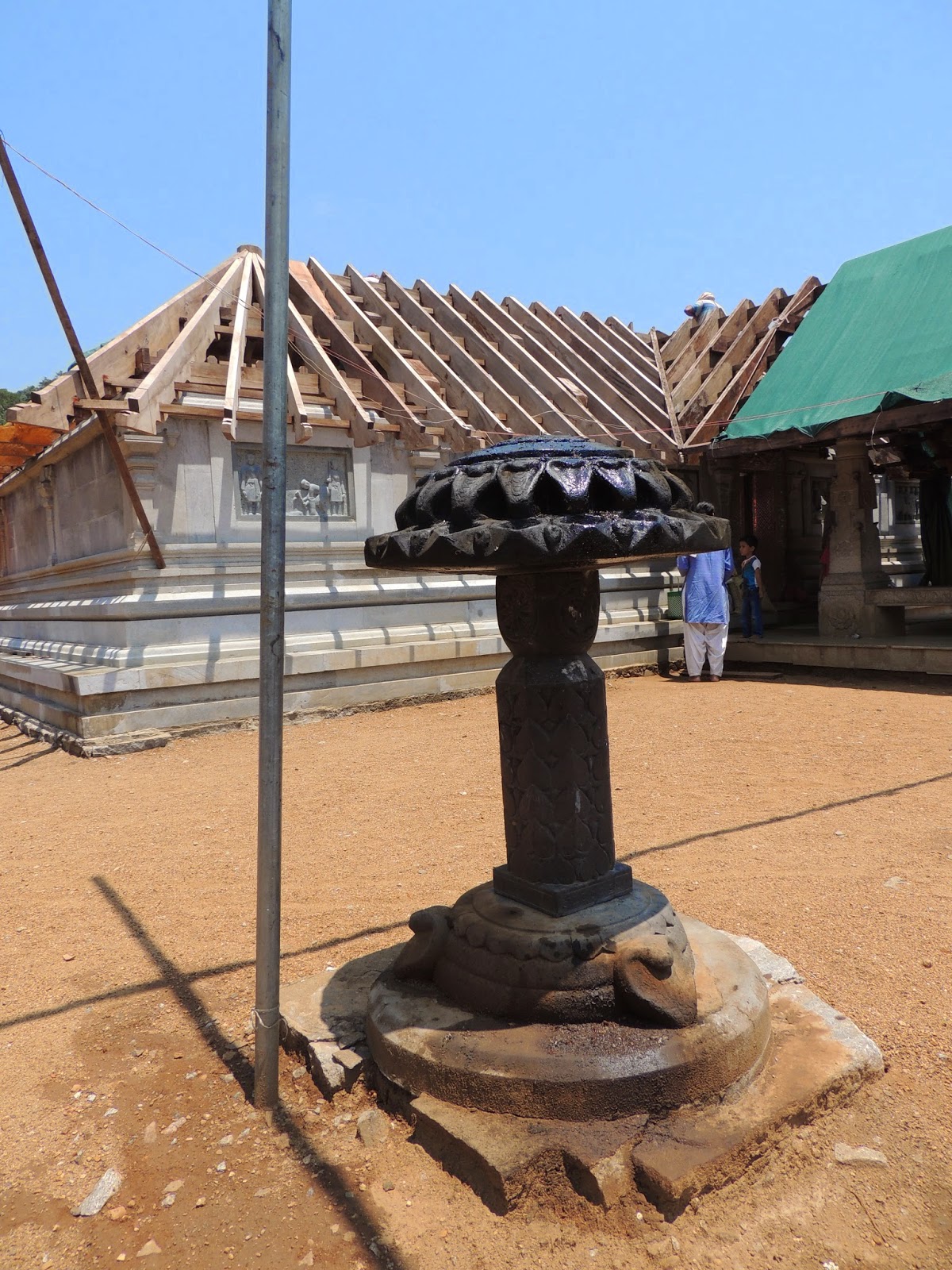 So many snakes, all holding up what looks like an umbrella, or is it a platform used for offerings to the lord? An interesting structure, isnt it? Have you seen anything like this before? if you have, please do enlighten us about its usage! 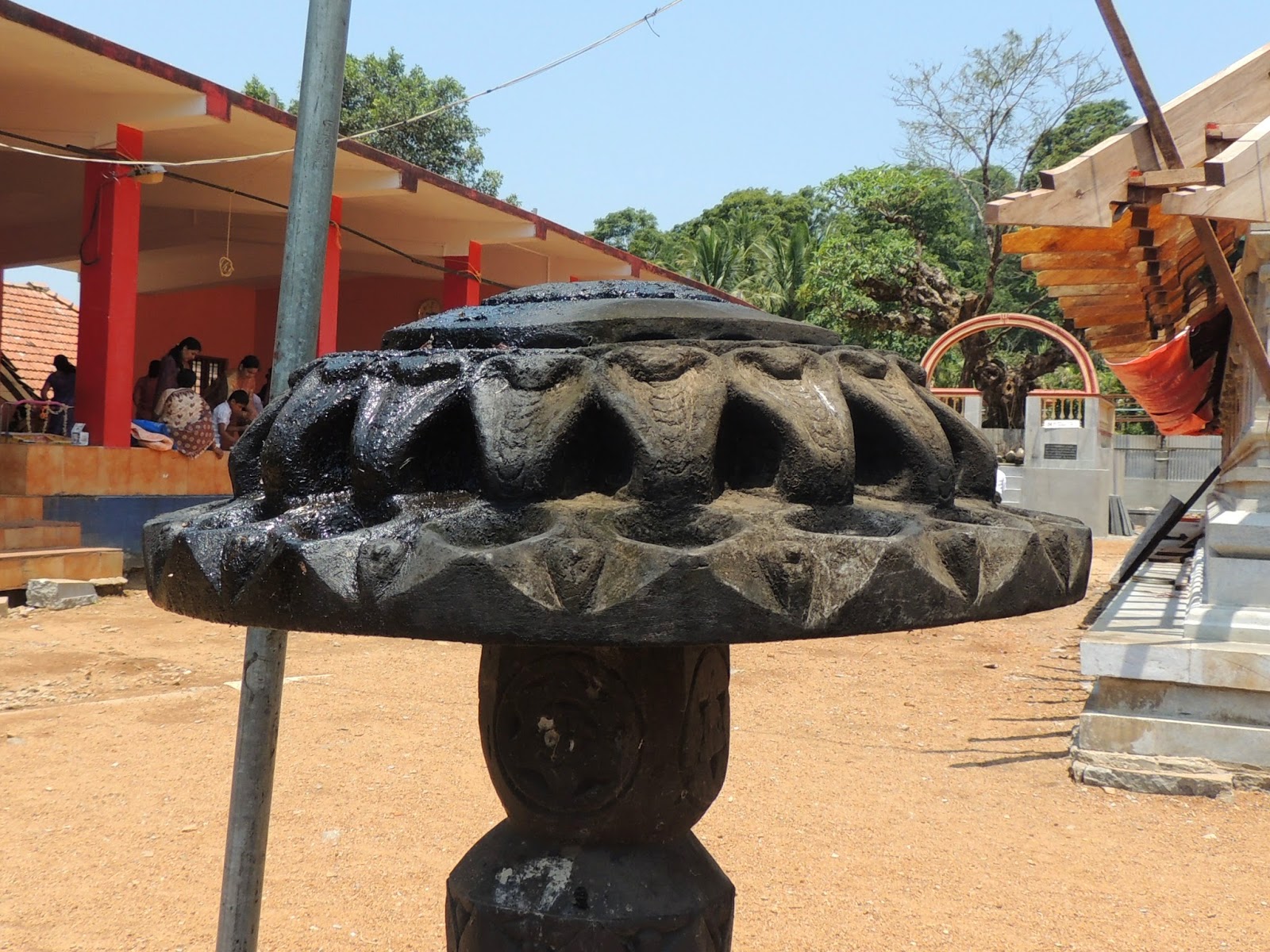 We spent just one full day in Coorg during this trip, but it's interesting tidbits like these which make a trip memorable, not the time we spend. Do you agree?