Birds from my Window - Crow Pheasant

August 31, 2014
The Greater Coucal, called a Crow Pheasant, is neither a crow nor a pheasant, but belongs to the cuckoo family. They are commonly called 'Bharadvaj', and sighting them is believed to be a good omen. 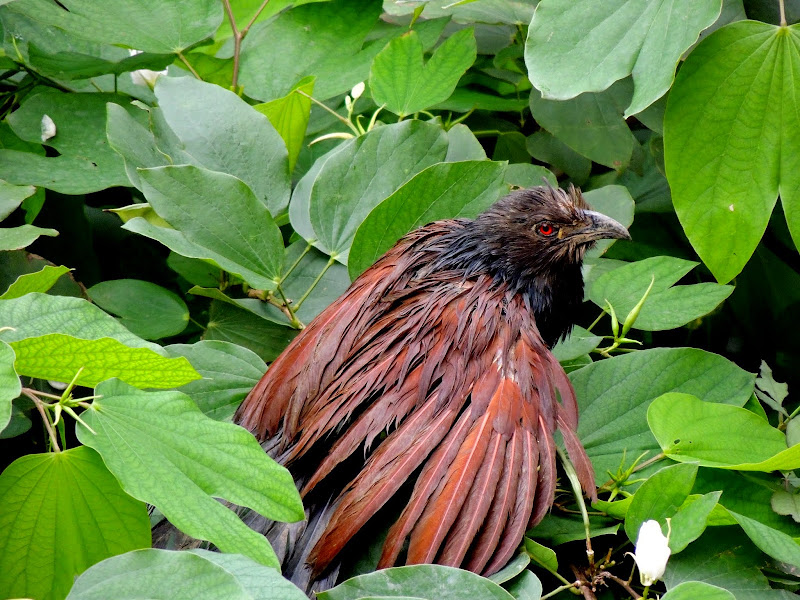 We see them quite often in my area, and this one perched on a tree in our compound for a while, drying its feathers after the rains. 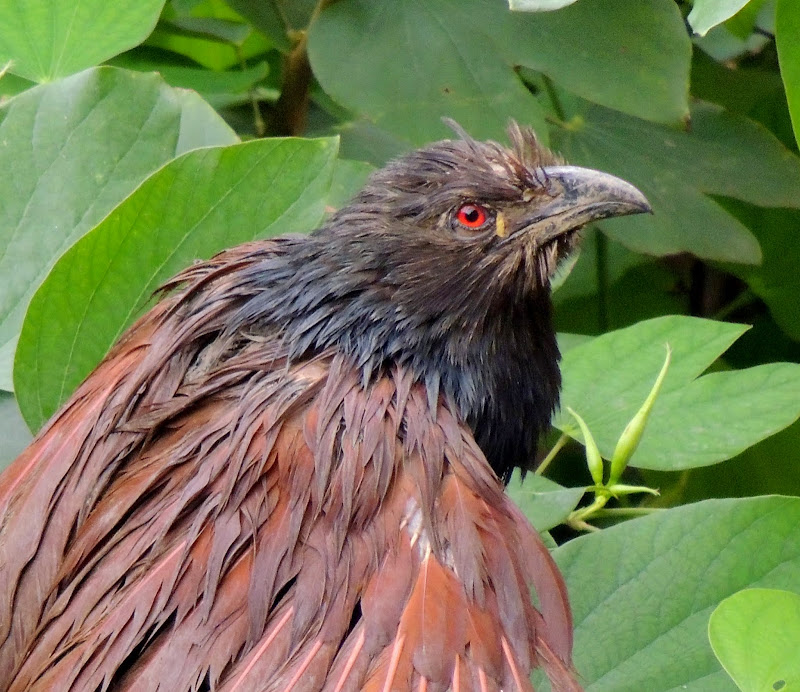 They are bigger than the crows, and look a lot stronger too, but at least where I live, the crows rule the roost. This one had a hard time getting dry, pestered as it was, constantly, by the crows, until it finally gave up and flew away.


I live in Mumbai, in a colony lucky enough to still have plenty of trees and open spaces. The best part of living here are the birds I see from my window, every single day. "Birds from my Window" is a series, where I regularly feature photos of birds I see from my home. To see all the posts in this series, click here.