Wildlife in the Desert

August 12, 2014
Black Bucks ran across the road, peacocks danced as we watched, birds flew into the air, and insects and reptiles scuttled into their safe havens at our approach. Our recent trip to Jaisalmer was full of such 'wild' encounters! 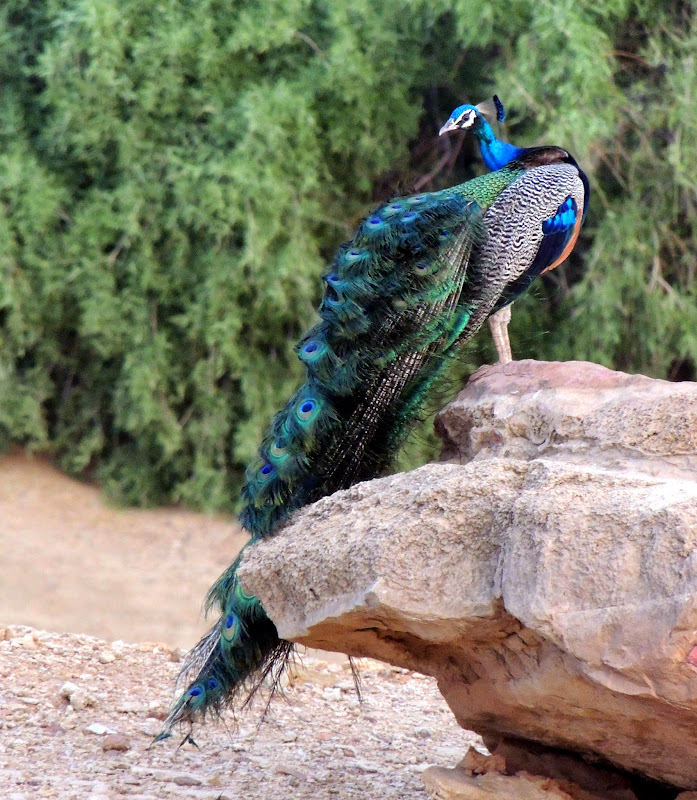 It all began with this tiny insect I saw on the ground. Its camouflage was what attracted me the most.... I think its some variety of cricket. 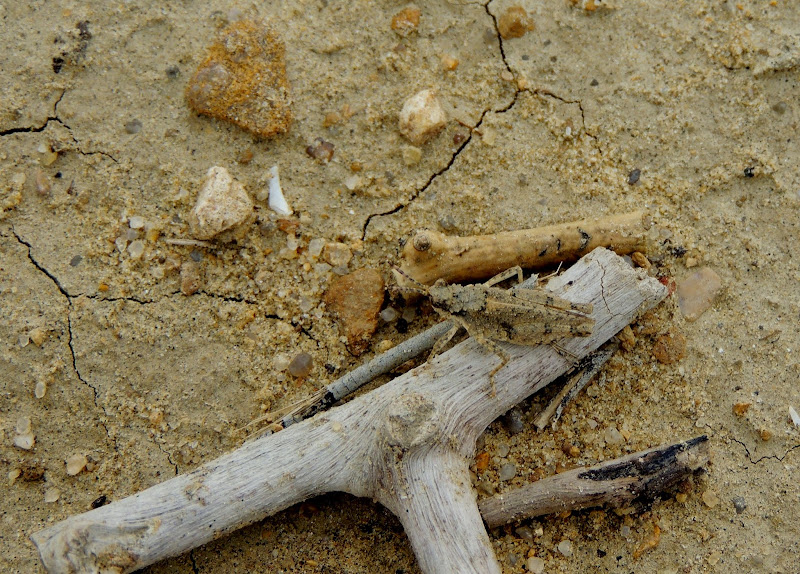 Then, as we stopped to look at a string of camels, we spotted a surprisingly large number of lizards disappearing into their holes. At first, this is all we could see... 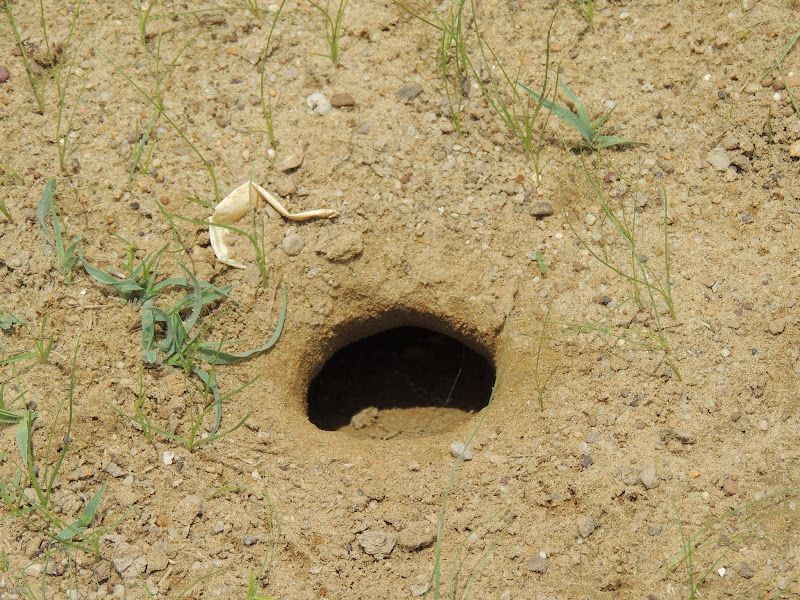 Then, I was lucky to get a closer shot of the lizard... it looks like a Desert Monitor, but can someone help with the name please?
P.S. Thanks to Sumer Singh Rathore and Adesh Shivkar, for identifying this as the Indian Spiny Tailed Lizard or Saara Hardwickii, called 'Saand' in the local language. They are common in the arid regions of Gujarat and Rajasthan and are prey food for several species of raptors. Also, they are prey to humans, who extract oil from them for medicinal and other purposes. 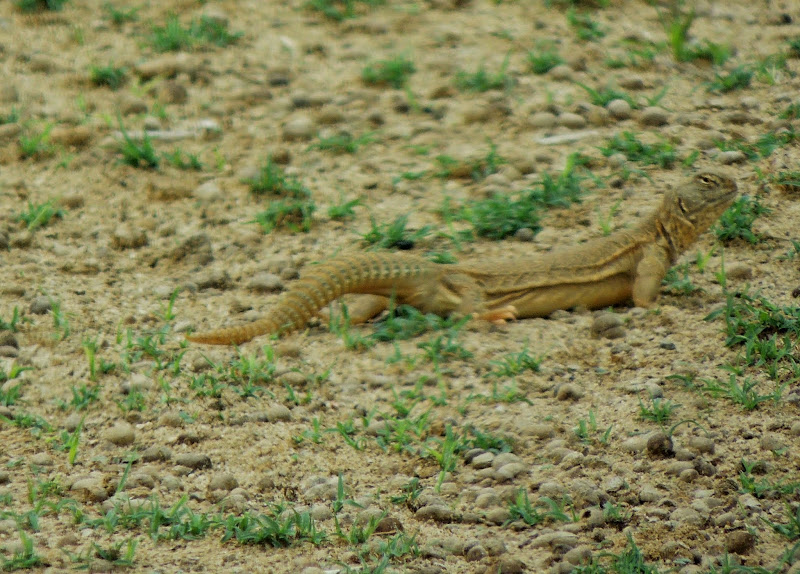 While looking for the lizards, this is what we saw... A complete contrast to the first camouflage, right? This bug couldnt stand out more if it tried!!! It is the Red Velvet Mite, or Rain Bug, and interestingly, is called Beer Bahuti, in India, and is used for a variety of local medicines!! Want to know more, head to the Wikipedia page, which has some gory details... 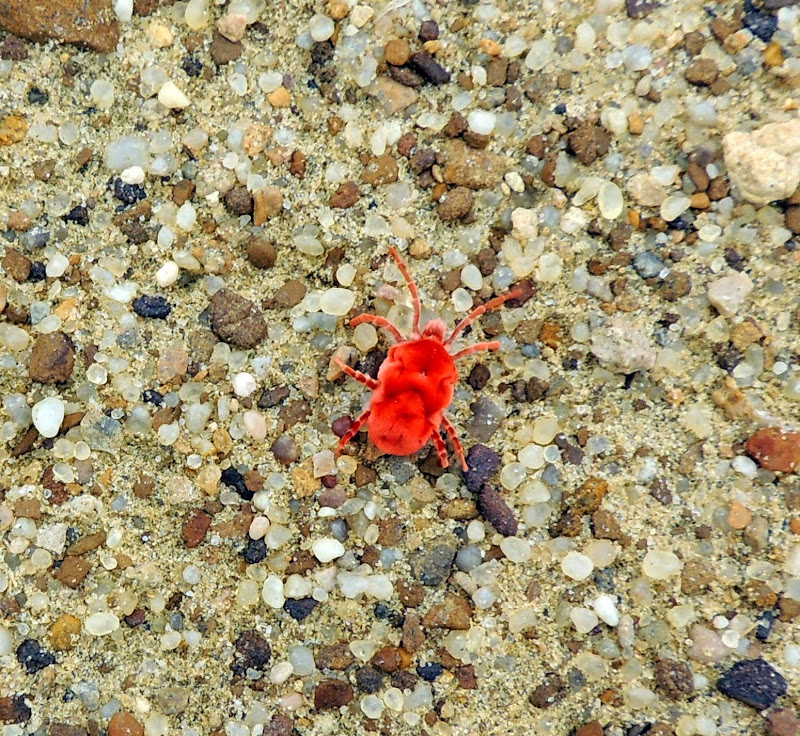 Later, we surprised a herd of Nilgais at a watering hole. 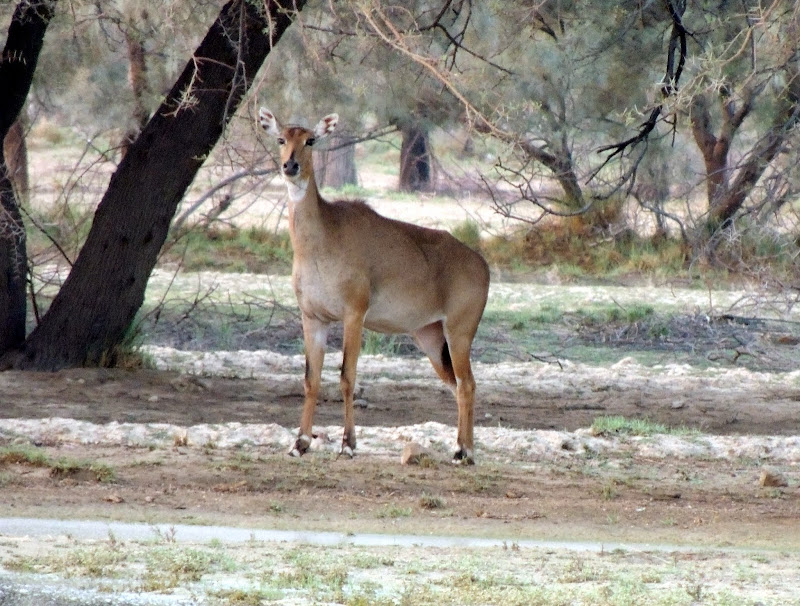 But the most memorable were the number of peacocks we saw at the Khaba Fort!!

I haven't even begun to talk of the birds we saw, simply because to stop for them would have meant missing some other interesting aspects of the desert. They will have to wait for another trip!!

I was in Jaisalmer on an invite from Suryagarh, Jaisalmer, for a Travel Bloggers and Writers meet, and this trip showed me a completely different side of Jaisalmer... one which made me want to go back, at leisure! The wildlife is just one aspect of it, and there is lots more coming up soon!