The Vultures of Orchha

September 02, 2016
I have already written about the monuments and art of Orchha. However, this series on Orchha will be incomplete without one post dedicated to the Vultures of Orchha! 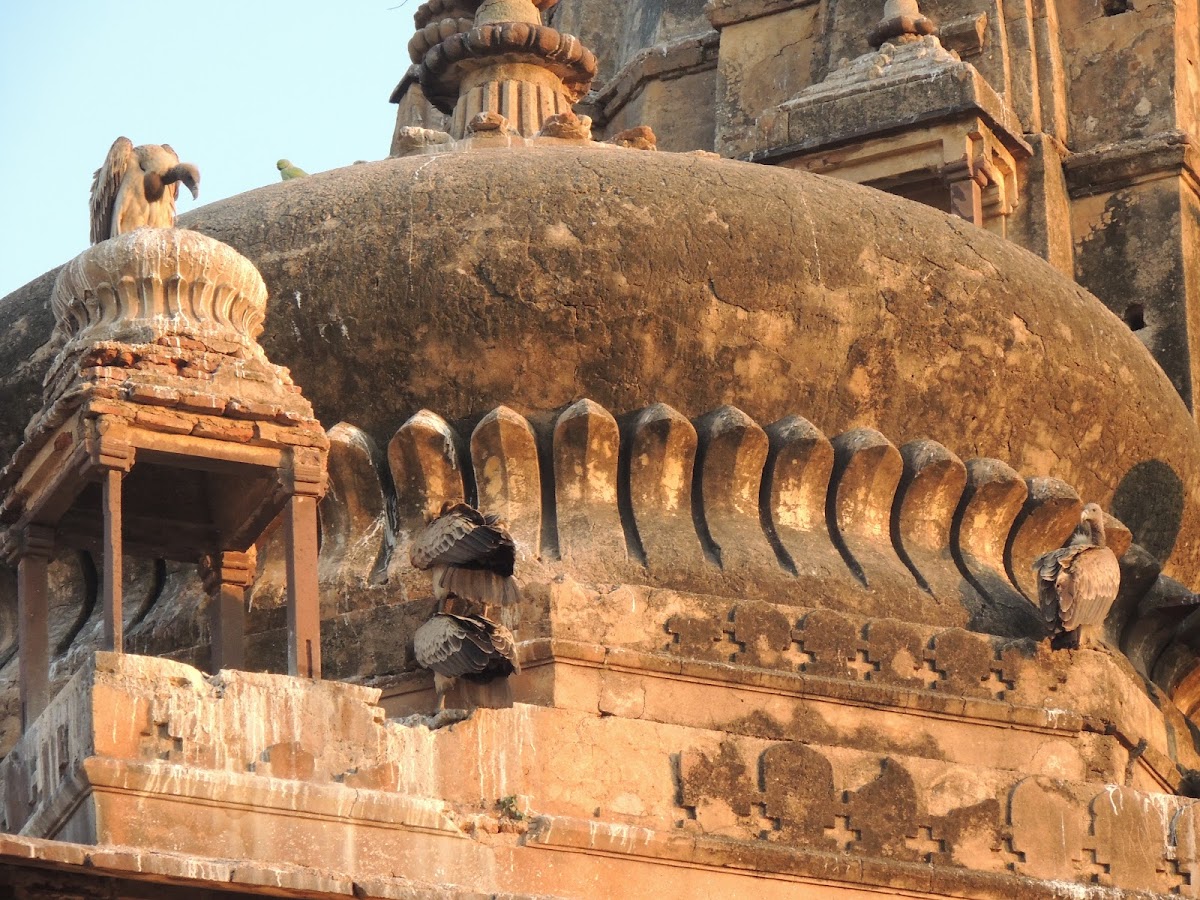 We saw these Vultures nesting on the cenotaphs. It seemed sort of fitting, that birds which live off the dead, were nesting in monuments built for the dead. And, at least to us, they were far more interesting than the cenotaphs themselves! 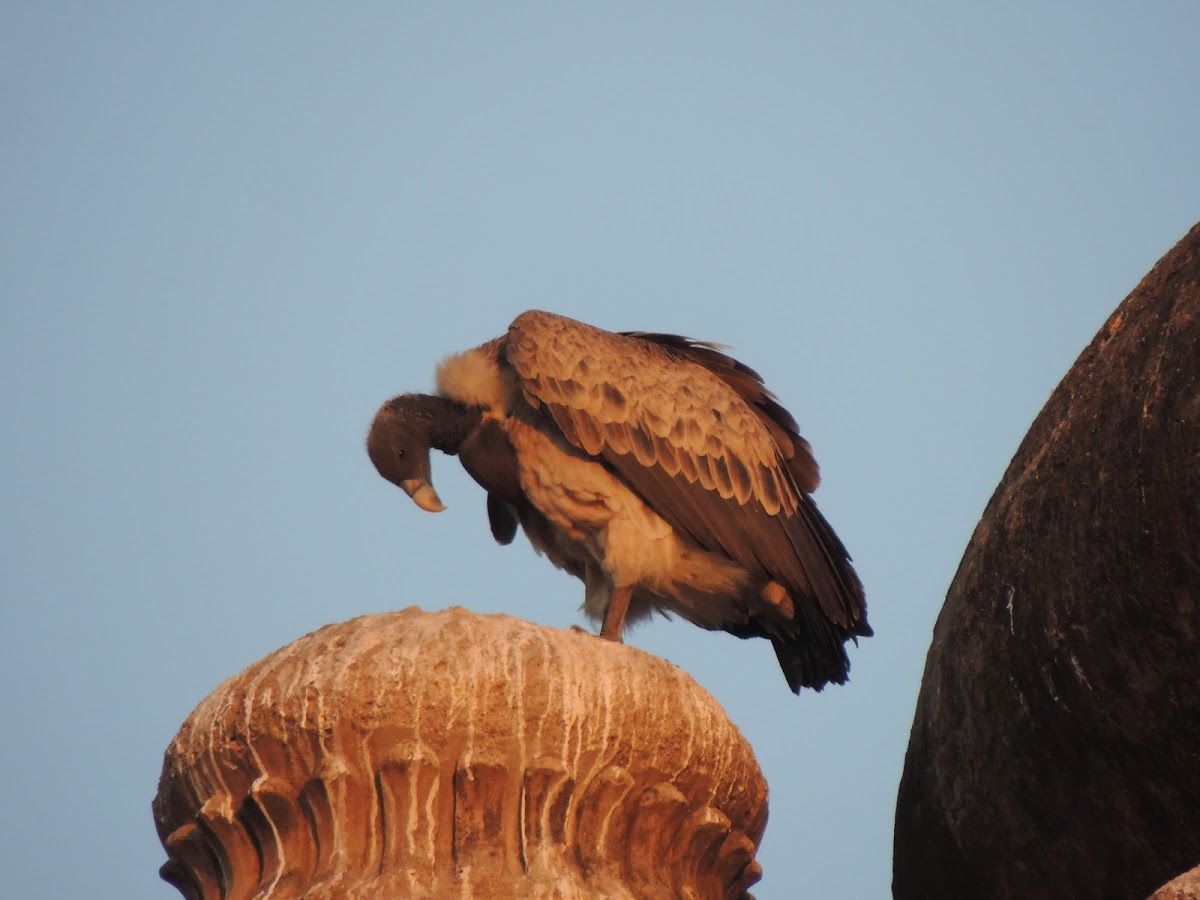 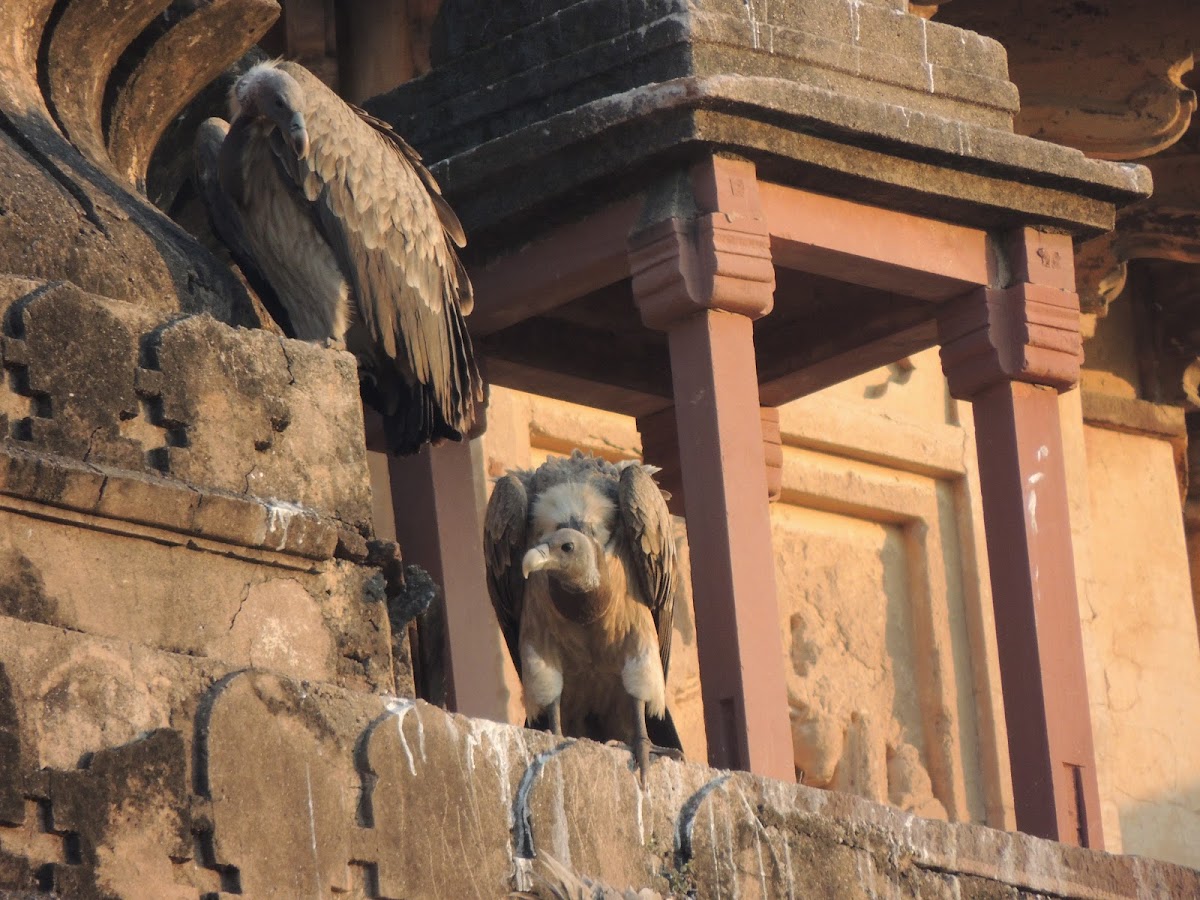 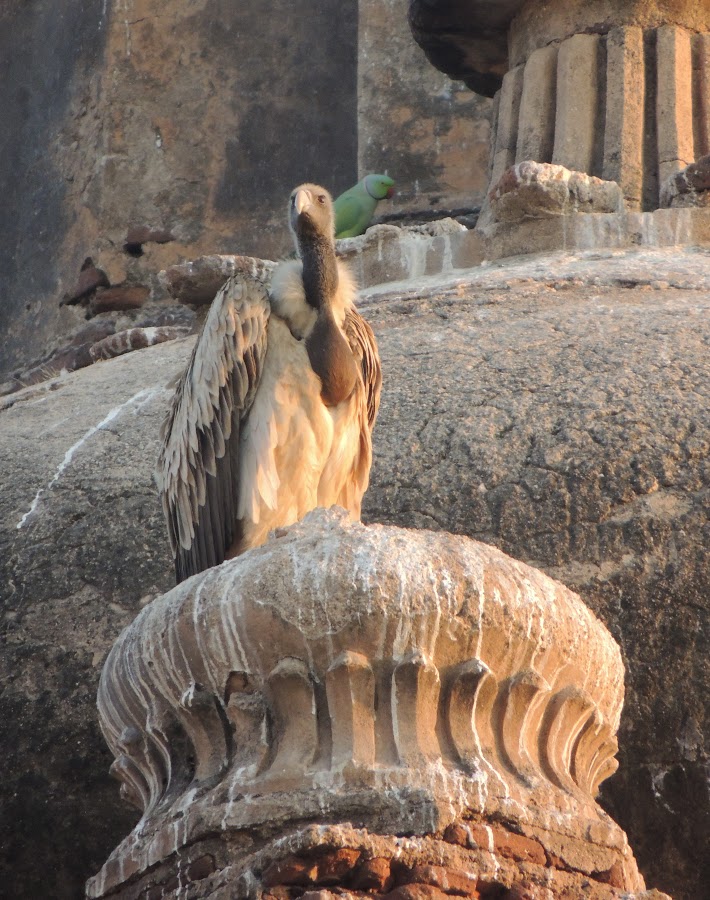 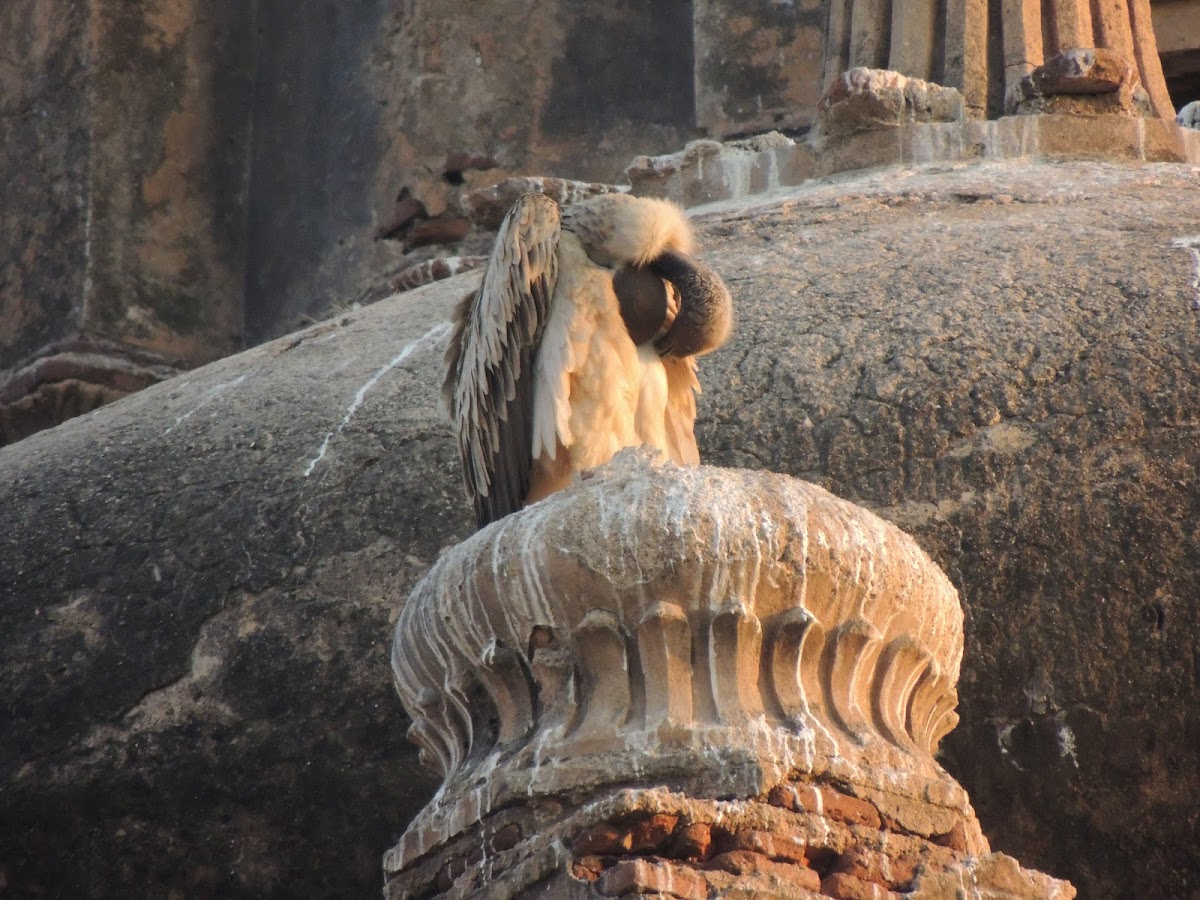 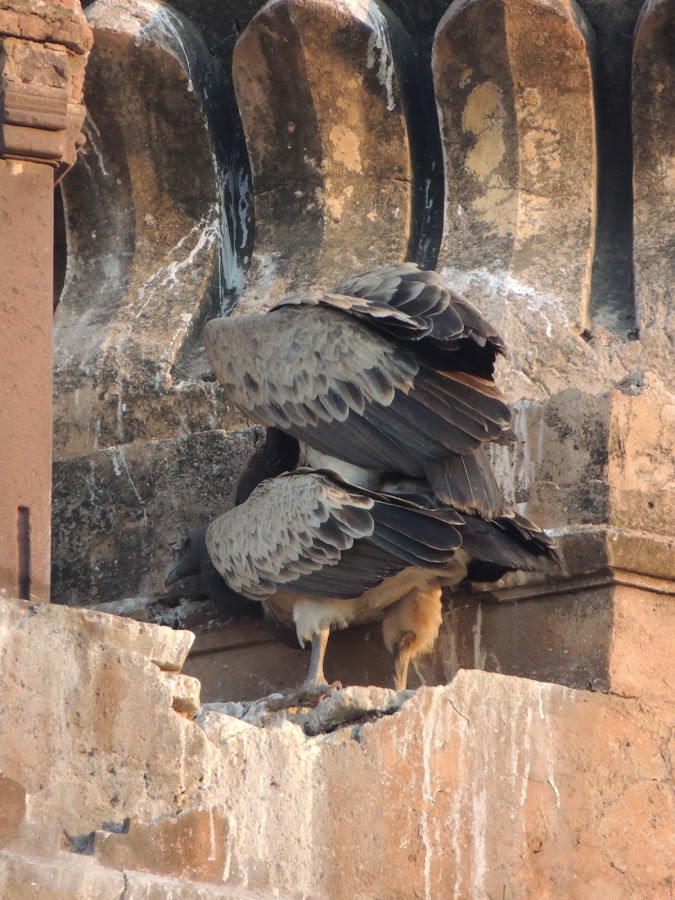 From what I have been reading, it appears that there are 4 varieties of vultures here, but we only saw this one type, which seem to be Indian Vultures. 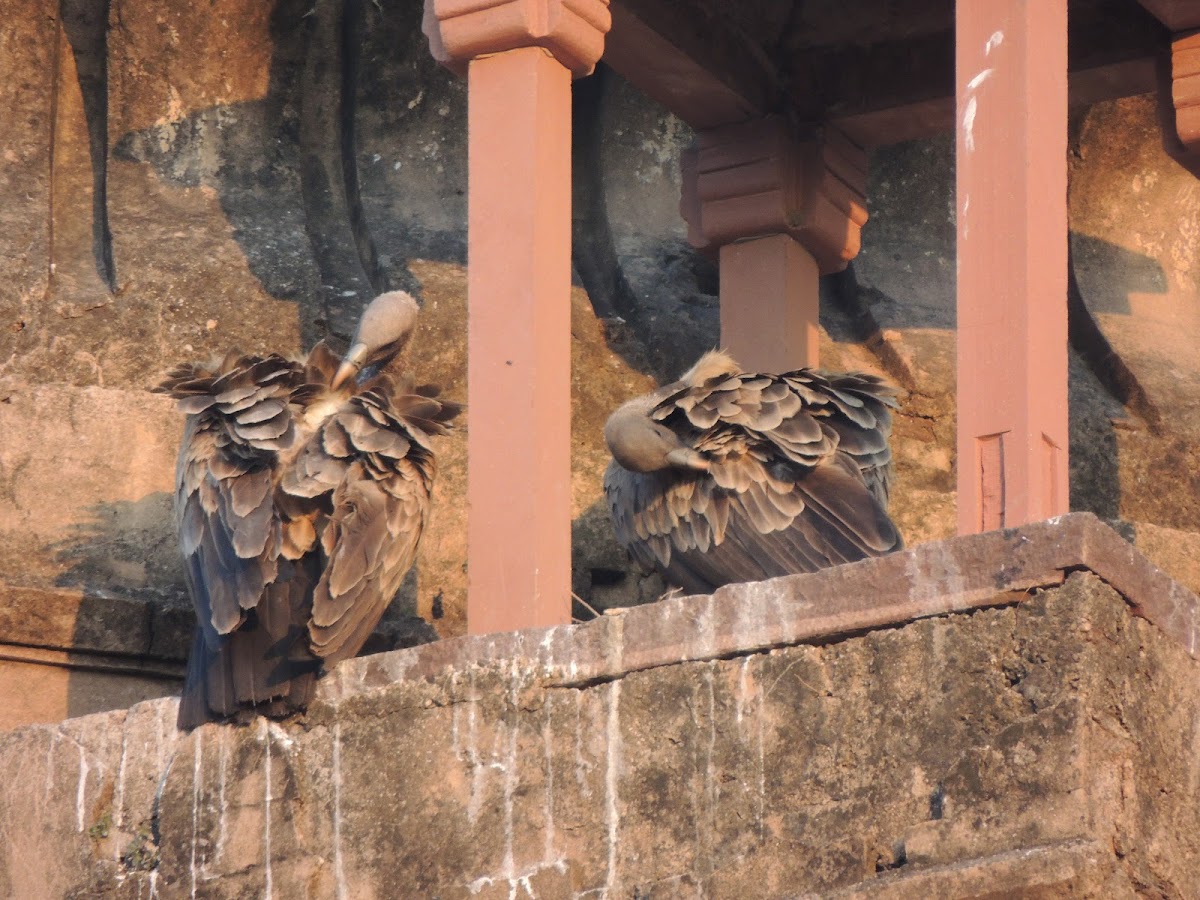 Also, apparently, their numbers had drastically reduced due to rampant use of diclofenac in cattle, but now the situation has improved, as we could see for ourselves. 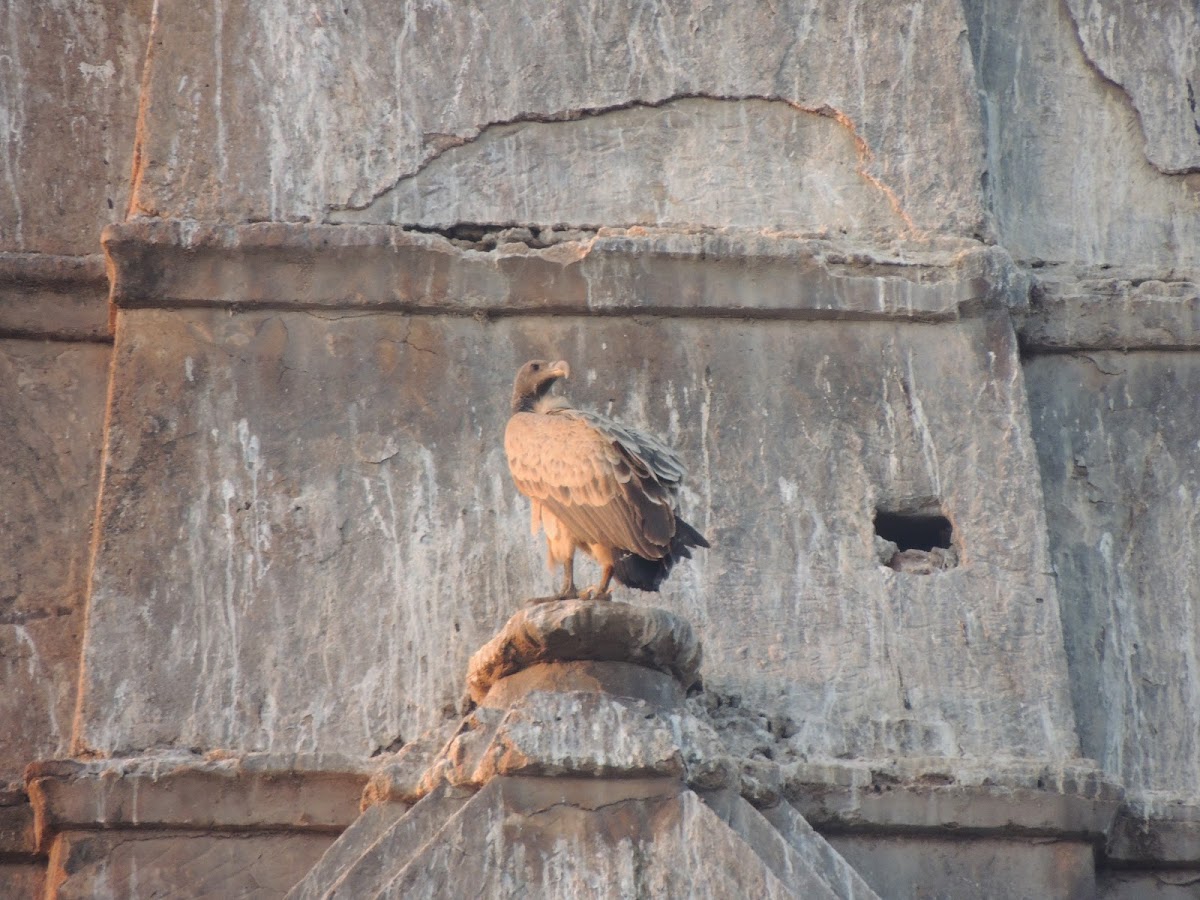 It has often happened that Samhith and I go to see a monument, and get distracted by birds. This was no different, and yet, memorable, for we have never seen so many vultures in one place, ever! It was quite a satisfying end to our visit to Orchha.