March 21, 2017
The temple resounds with bhajans, sung of Meera and Krishna. Devotees enter, and settle down in any available space, and join in the singing, enthusiastically. It’s evident that everyone knows the words. There are no queues, but there is a sense of order. No one is in a hurry. They wait patiently for others to have darshan before getting up for a closer look at the Lord. The temple is small, but beautiful, with intricate paintings on the ceiling. There is no space to stand and admire, so I sit down, along with everyone else, and allow my eyes to wander over the ceiling, rather than the image in the sanctum. 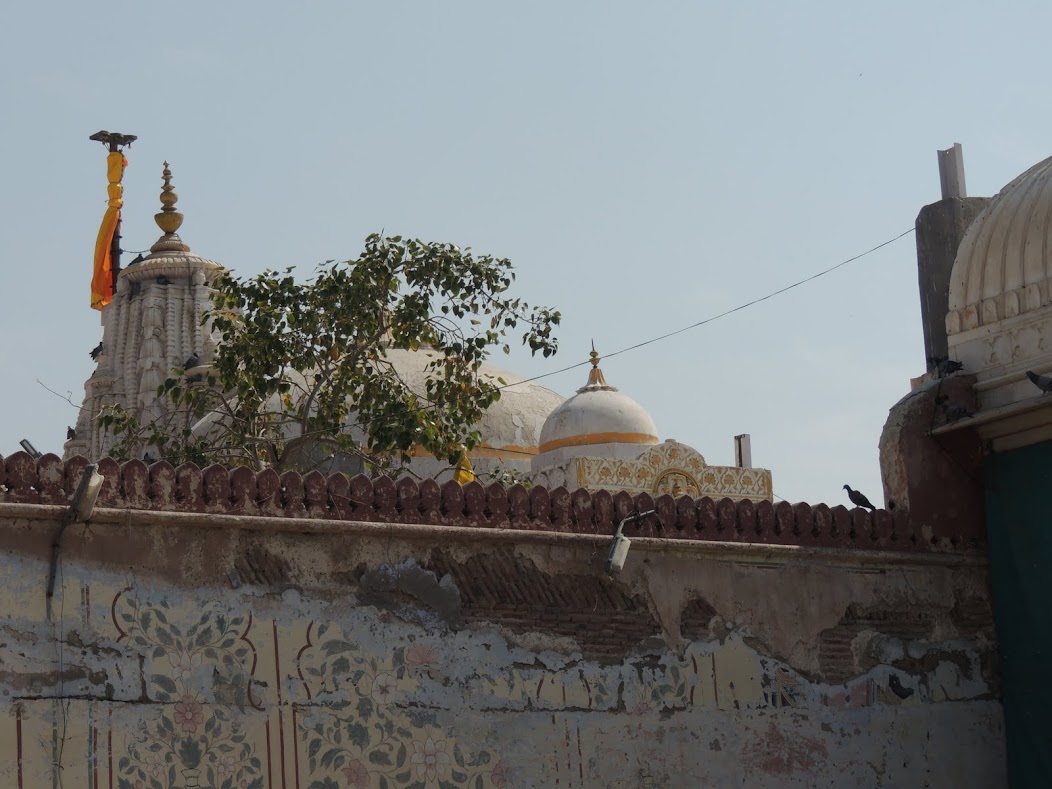 The Laxmi Nath Temple was built in 1504, during the reign of Rao Luna Karan, the 3rd king of Bikaner. There might have been older shrines around, or even right here, but this was one of the first Hindu temples built here. It is dedicated to Vishnu, seen here as Laxmi Nath, along with his consort, Laxmi, the goddess of wealth, suggesting that, during that period, the early 16th century, there was a strong Vaishnavite presence in Bikaner. This is believed to have been one of the earliest temples built by the royal family, and the Lord is believed to have been their patron deity, under whose influence they ruled this land.

The main shrine is a small one, as I have mentioned, and the paintings on the ceiling are embellished with gold, a technique we see at the Junagadh Fort as well. Around the central temple are other smaller shrines, dedicated to the many Gods of the Hindu pantheon. The entire complex is a walled one, and photography is prohibited.

A comparison of the two temples leads to some interesting thoughts. Built roughly around the same time, the architecture, as well as the ornamentation of the Jain temple is far more elaborate. While the Laxmi Nath temple is considered to be the temple of the royalty, does it also hint that the merchants even then had far more wealth available, even for construction of temples, than royalty?

And yet, it is the Laxmi Nath Temple which is a hub of activity, with locals visiting and offering prayers. While the Jain temple is also under worship, the visitors are more tourists than locals, since many of the wealthy Jain merchants have shifted to other cities and only visit occasionally.