The Rudram chanting (hymns dedicated to Rudra, or Lord Shiva) seemed to fill the entire space. The sound reverberated within the small, cavernous shrine, the stone walls echoing the words over and over again till the air itself seemed to pulsate with the same rhythm as the chanting. In such a charged atmosphere, the simple act of placing a bilva leaf on the Shiva lingam and pouring water on it, seemed much more than a mere ritual. It was this divine experience that made our visit to Aundha Nagnath so memorable. 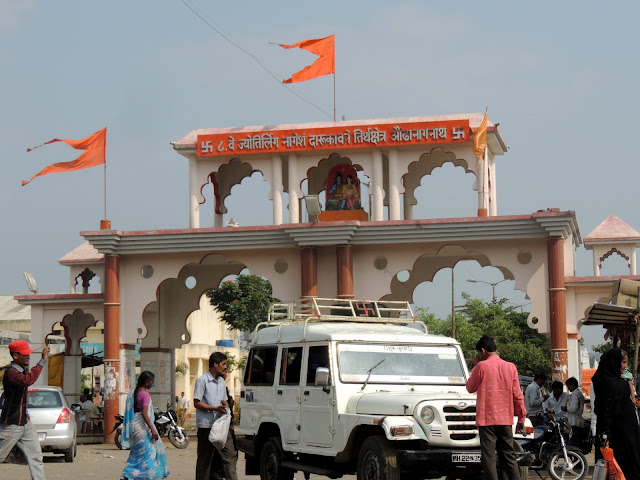 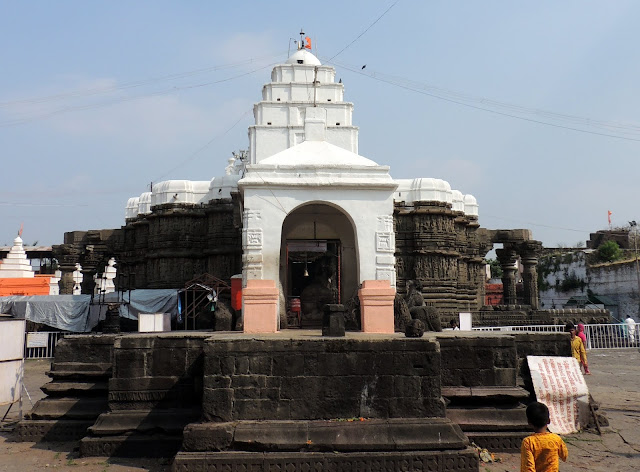 The temple of Nageshwar at Aundha Nagnath is said to be among the 12 Jyotirlingams. It is an extremely ancient temple, first said to have been built by the Pandavas during their exile, which brought them to this place, which was then a dense forest. The forest itself has a story much older. It was called ‘Darukavanam’, or the forest of Daruka. Daruka was a demon, who, in spite of being a devotee of Lord Shiva, troubled the hermits who resided in the forest and made their lives miserable. The hermits prayed to Lord Shiva who himself destroyed the demon. Before he died, Daruka repented for his actions and asked that he and his misdeeds be remembered forever, as a warning to others, and thus Shiva agreed to stay on in the forest, which henceforth was called ‘Darukavanam’. 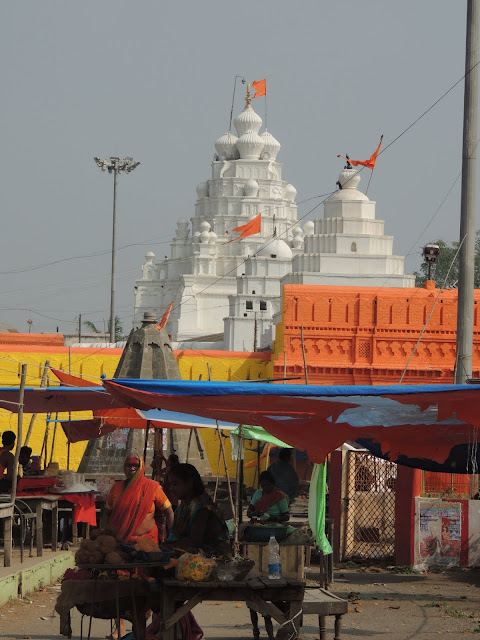 There isn’t much information available about the history of the temple or its architecture. A statue of Ahilyabai Holkar at the entrance suggests that the enterprising lady who is responsible for the preservation of most ancient temples in northern India had something to do with the restoration of this one too, but no mention is made of her in information available about the temple. 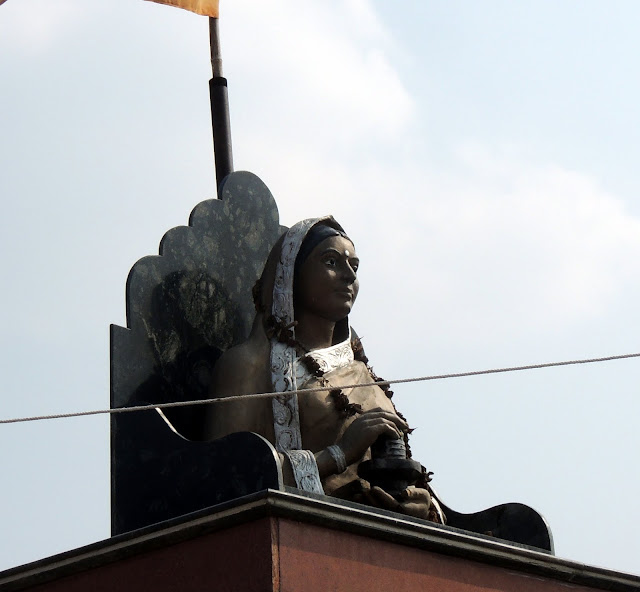 This is, however, one of the most beautiful and decorative temples in the area. The walls and pillars seem to be ancient ones, remnants of the oldest structure here, while the spire and the ceiling seem to have been renovated in more recent times. The whitewashed spire is a stark contrast to the ancient black stone of the walls. 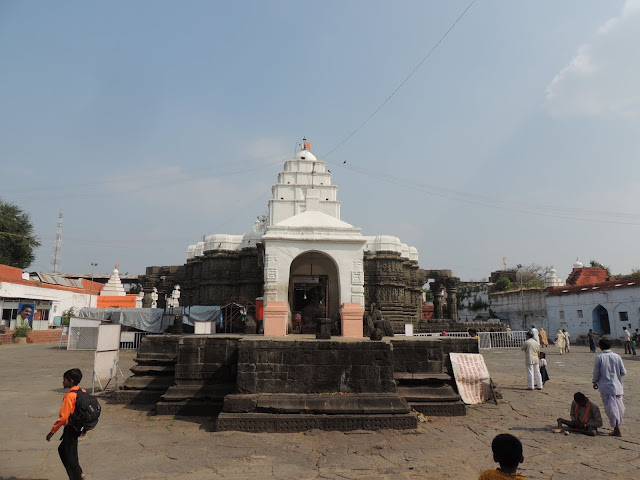 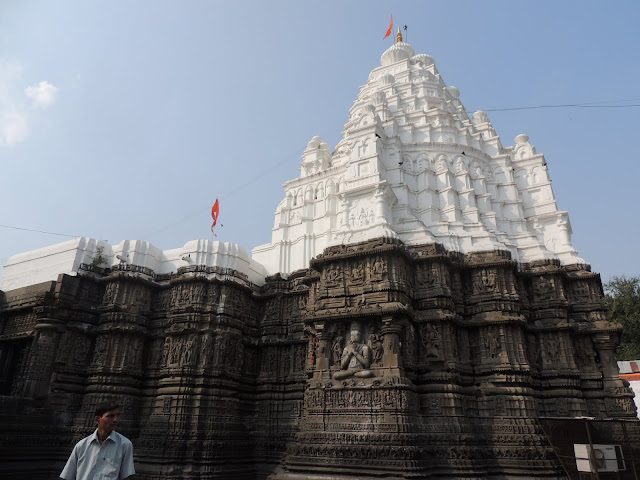 The sculptures and work on the outer walls are magnificent, and I wished I was able to click photographs inside too. 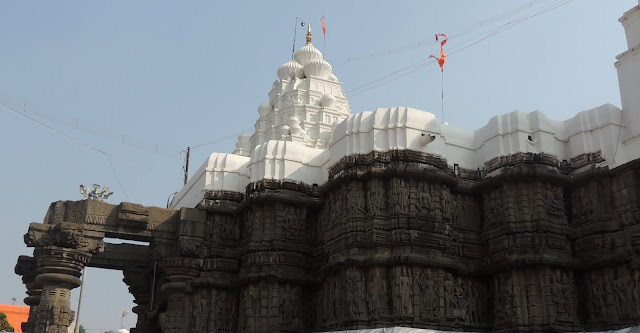 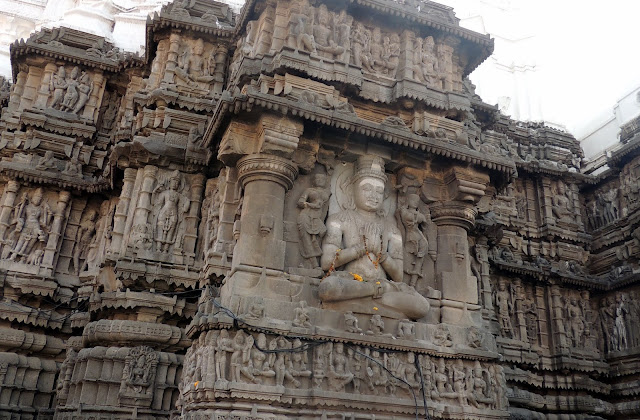 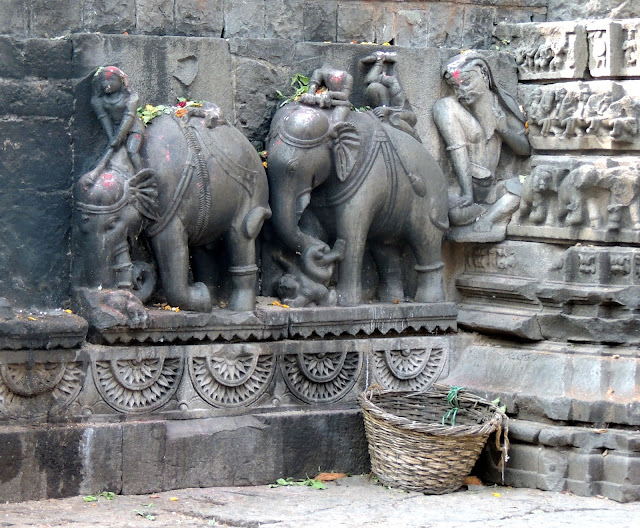 The sanctum is located deep inside, in a chamber which is a little lower than the ground level, and the cavernous chamber is where the lingam rests, and this is where the chanting of the Rudram adds to the mystique of the temple, making our visit here so memorable. 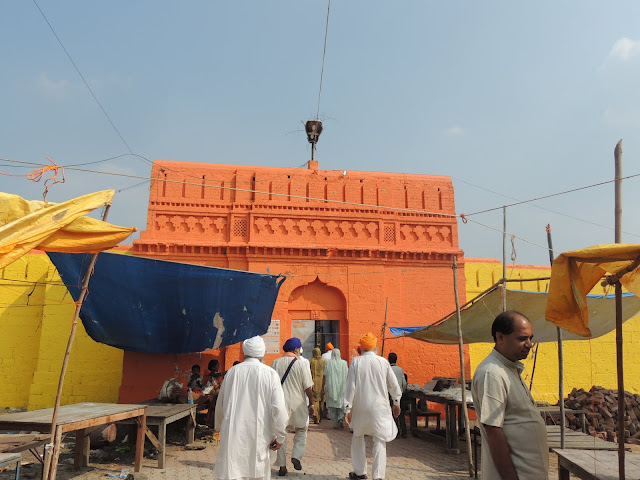 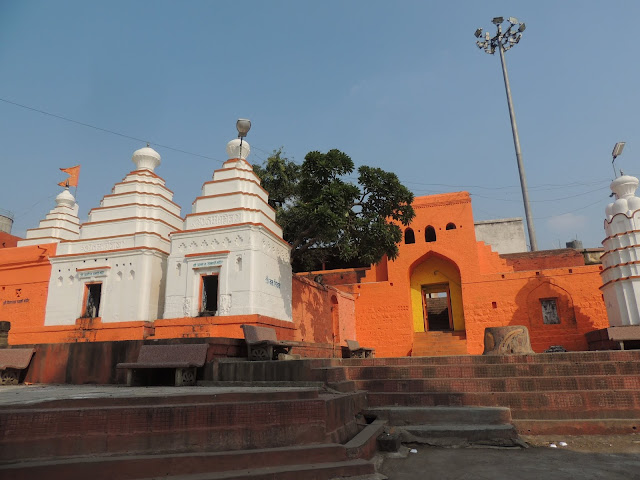 Incidentally, this is not the only shrine laying claim to be Nageshwar, the 8th among the Jyotirlings. A temple near Dwaraka, on the coast of Gujarat bears the same name, and also the fame. The dispute arises from the description of the location of the temple, Darukavan. While the forests which once covered this part of central India were once known by this name, a legend also speaks of a part of the forest being carried out to sea by the demon, which leads to the second temple by the same name. I have visited both temples, (though I haven’t written about the one at Dwaraka, since my visit pre-dated the blog), and it is my experience at the two temples, which makes me incline towards the one at Aundha Nagnath. Very interestingly, Daruka van also means a forest of Daruka or Deodhar trees, which brings a third temple into this confusion – the one at Jageshwar in Uttarakhand, and the shrine there is also known as Jageshwar Jyotirling! We visited Jageshwar during our visit to Binsar, and you can read about it here. As to which one among the three is the true Jyotirling, it is as much your choice as it is mine! So, go, visit all three and let me know what you think!