The bright red pyramidal roof stands out, marking it clearly against the rest of the buildings. The red and yellow symbol of India Post painted over the entrance is equally visible, indicating that it is the GPO – the General Post Office, at Shimla. 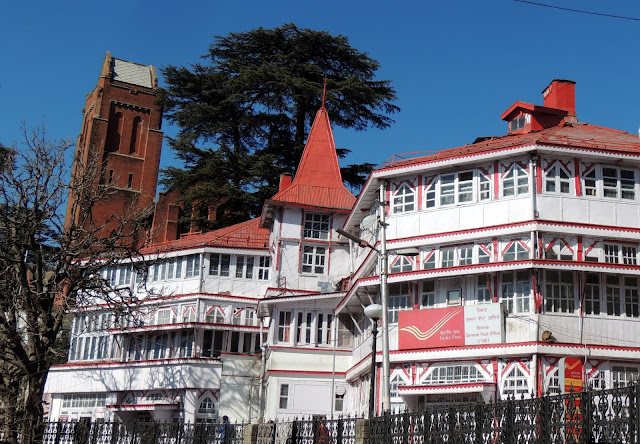 Inside, the GPO is a hub of activity. There are long queues at every counter, and there is scarcely any space to take a good look at the interiors. It looks just like any other post office, on a busy day. Heading into the Philately counter, however, is a pleasant change. There is just one person in the room, surrounded by papers, covers, stamps and the like. He looks up impatiently, but brightens up when we say we want the special cancellation of the GPO. His smile lights up the small office, and he happily takes out the stamping pad. The cancellation he is giving us is a special one – one issued for the date 12-12-12 (12th December 2012). 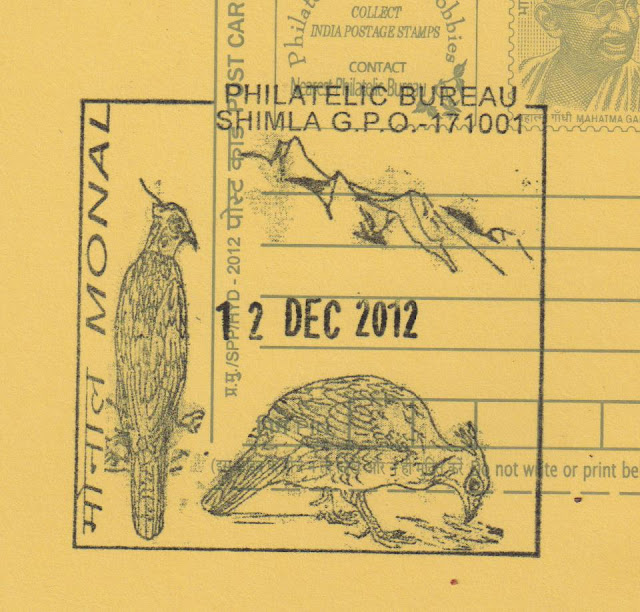 The stamped image has a Monal on it, the state bird of Himachal Pradesh, and Samhith is excited at the fact that he now has a bird on his collection of special cancellations! And a bird he has just seen on a visit to a bird park! The official is amused, and his happiness is evident. There are obviously not many philately enthusiasts coming here, and certainly few this young! 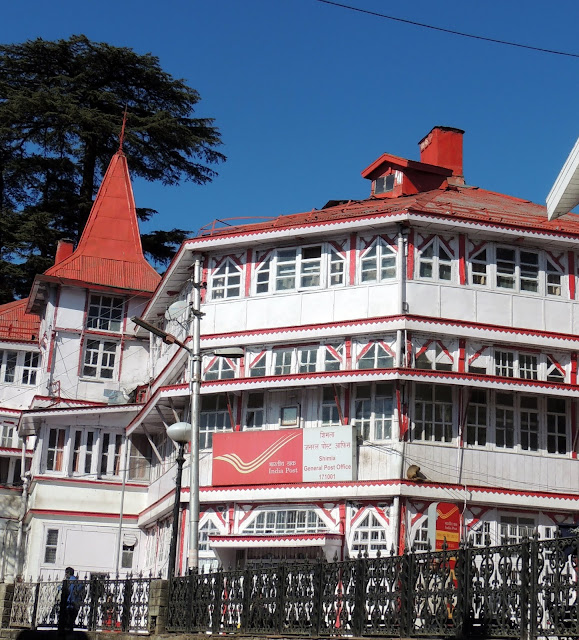 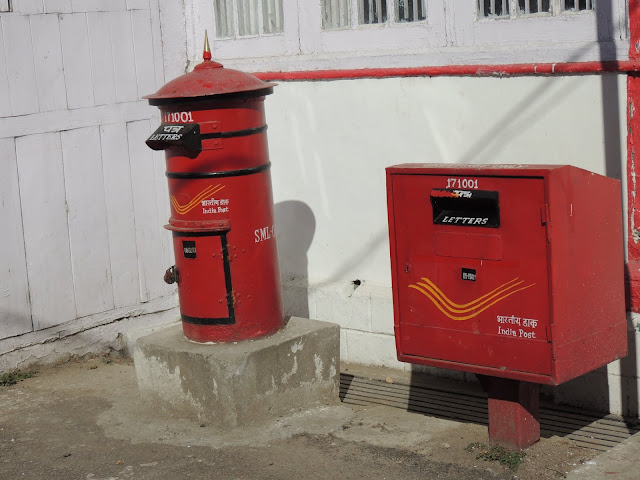 This is one of the oldest GPOs in the northern parts of the country, built in 1883. The half timbered structure is an example of typical British hill architecture, with hollow pillars of brick and stone that help warm the interiors during the cold winter months. 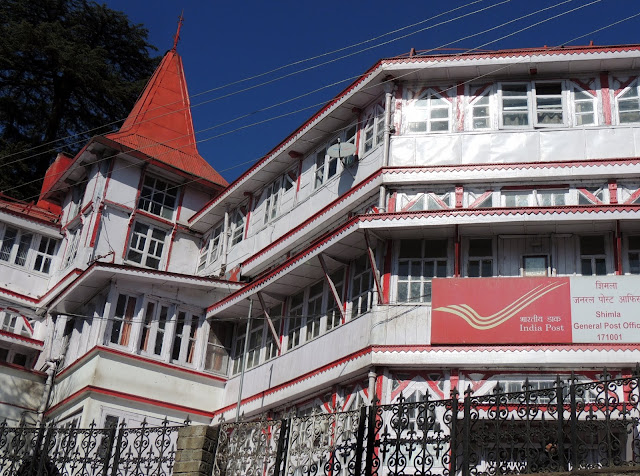 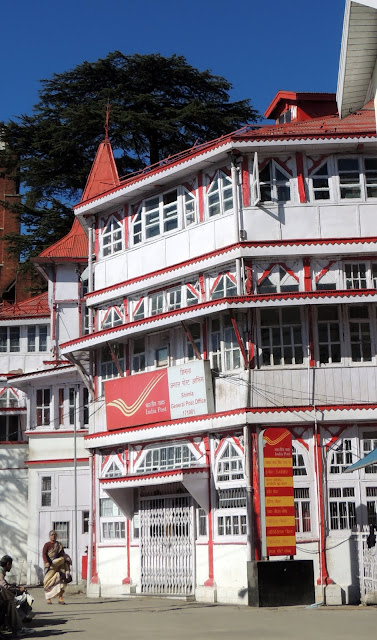 Almost every building here, on the Mall, is a heritage structure, and yet the GPO building manages to stand out. And, like most of the buildings here, this too has seen its share of renovations in modern times. A major fire which broke out in 1972 almost succeeded in destroying it, but persistent efforts to renovate the structure were successful and the renovated building, preserving the original features was re-opened to the public in 1992.

A little further down the road, is another post office. This one is painted the same colours of white and red as the GPO, but looks too simple to be an important building. We are surprised to learn that this is a heritage structure too, albeit of a different kind. At a time when horses were the only means of bringing the mail to Shimla from the plains, this structure served as the stable for the horses! 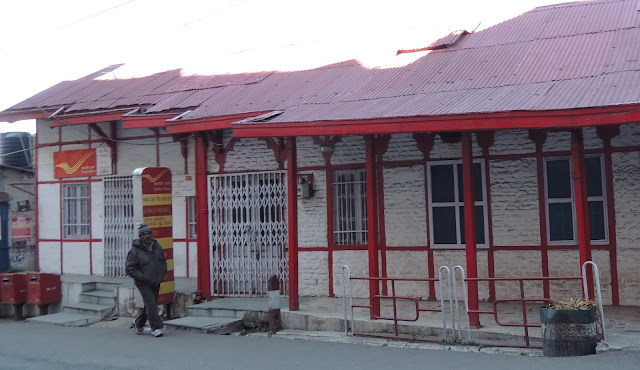 The advent of the Kalka Shimla Railway line in 1903 retired the horses from service and rendered the building inoperative till the Postal Department decided to use it as a branch office! 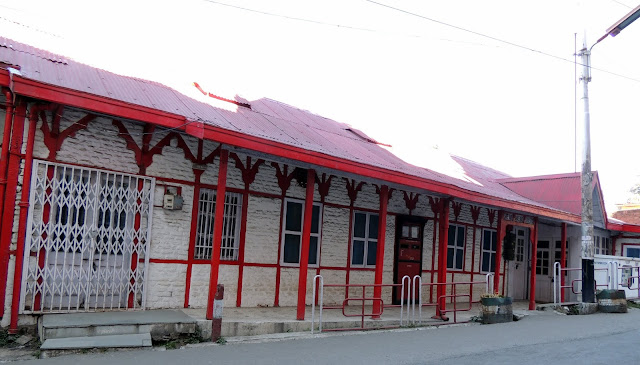 Further down, at Chaura Maidan is a green and white building which looks more like a country cottage. It’s only the India Post symbol which marks it as another post office. 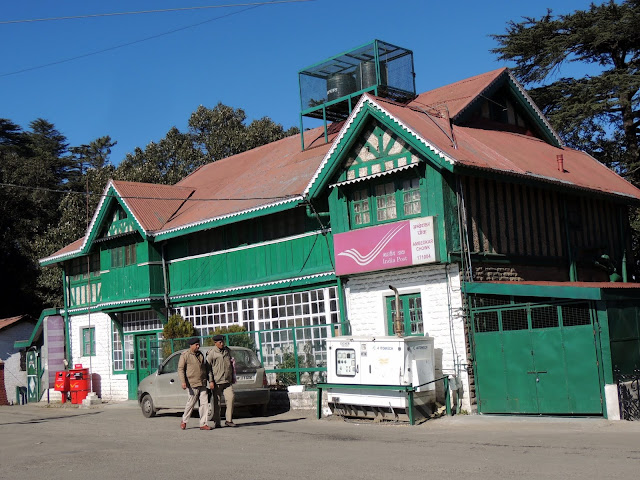 Considering our interest in Philately, it isn't surprising that the highlight of our heritage walk of Shimla turns out to be the post offices! However, it is surprising to see the state of preservation of each of these post offices. As I mentioned earlier, many of them have been renovated in recent times, but efforts have been made to retain as much of the design as possible, while modernizing the interiors to suit today’s modern world. Now, if only this was true of all our heritage buildings!