Last weekend, when I asked Samhith if he wanted to accompany me to Sewri, he replied, “But I have already seen flamingos!” I tried explaining that Sewri wasn’t just about flamingos, but he remained unconvinced. I signed up for the Sewri walk by Travel-Logs nevertheless, and dragged him along, remembering a time when Sewri, to me, meant even less. 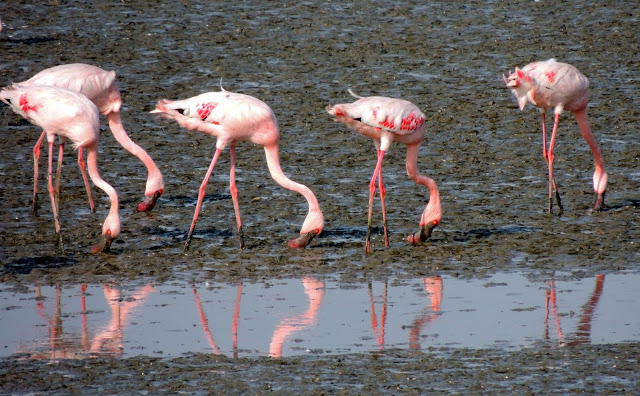 While I was growing up in Mumbai, Sewri was simply a railway station on the Harbour line. That is, till the flamingos began arriving in hundreds, and then thousands. 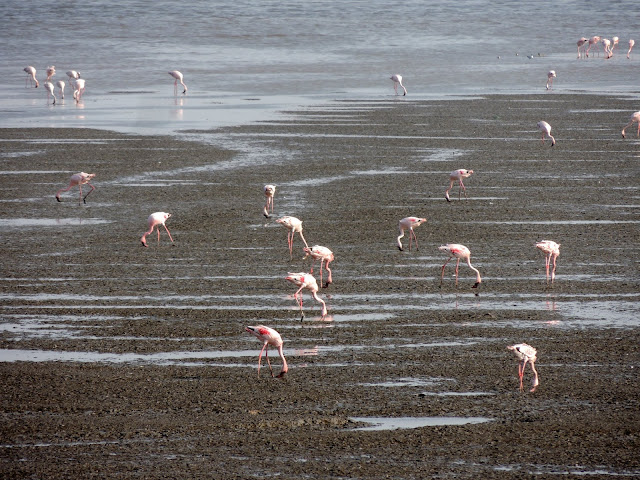 I still remember the excitement I felt, when a friend told me about them, and I headed to her house for a glimpse of these exotic birds from her bedroom window. They were simply pink specks in the distance, and lacking good binoculars, they remained just that. It took me years to venture once again to Sewri, and see the birds up close. That visit led to many more, and, through the high magnification, telescopic lenses of avid birdwatchers, we soon familiarised ourselves with not just flamingos, but also sandpipers, herons, plovers, and many more water birds. Since then, every year has seen us heading to Sewri for our date with the birds. Soon, Samhith learnt to connect the name ‘Sewri’ with the flamingos. 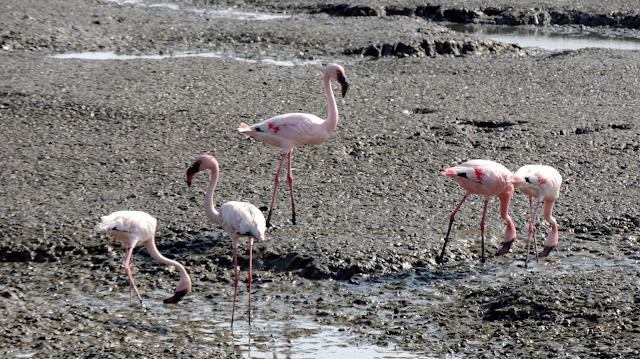 Little did we realise that there was so much more to Sewri than just these avian visitors. It took a walk this Saturday afternoon with Travel-Logs to show us just how interesting this little corner of our city was! 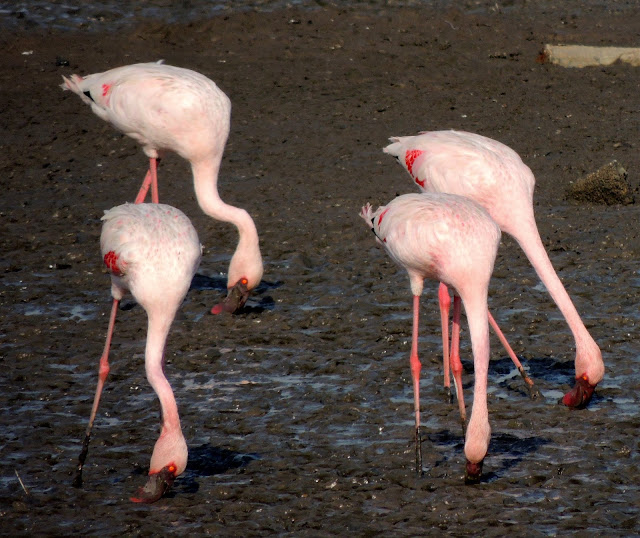 We met our hosts from Travel-Logs at the Sewri Jetty at 4 in the evening, and were pleasantly surprised to see a huge flock of flamingos. The sheer variety of birds we see in the mornings were missing, but they were more than made up for, by the near presence of the flamingos and a flock of seagulls. 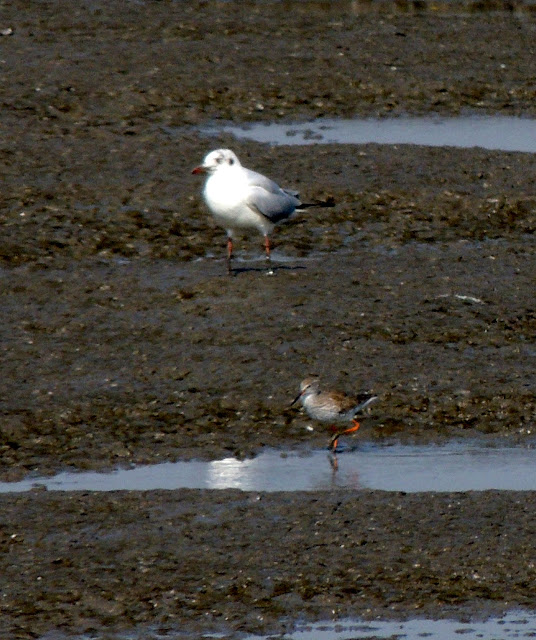 I had never seen Gulls before at Sewri, and was fascinated by them. All attempts to capture them in flight were in vain, and after a while, I gave up, and simply sat and watched them swoop down and grab their prey. 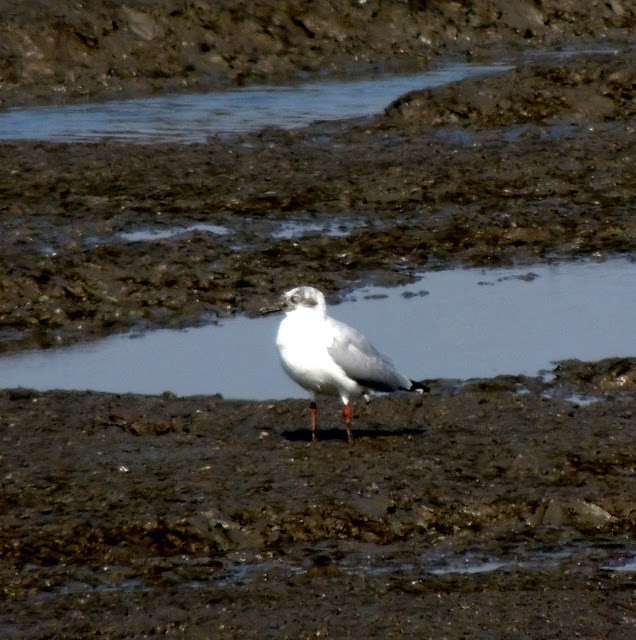 Speaking of prey, we saw mudskippers again, and caught this one in the water... 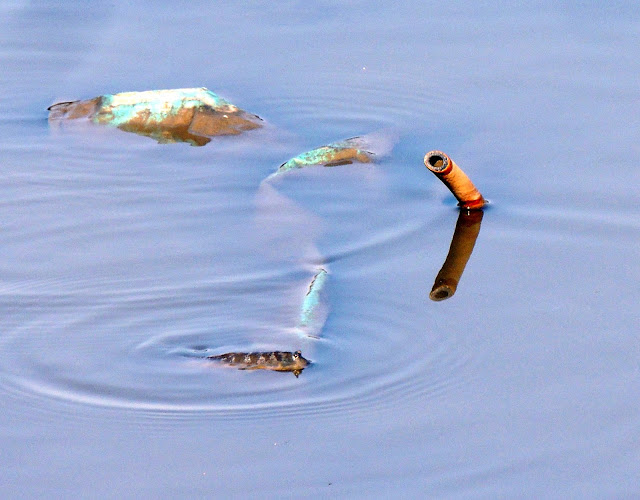 There were sandpipers here and there, though am not sure of the exact name. Any of you who can help me out, please leave a comment with the names of the birds... 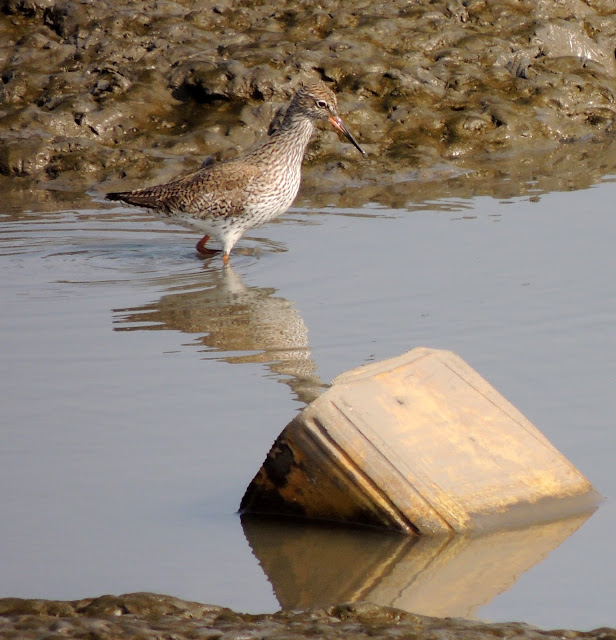 A sole Black Headed Ibis pottered about, pecking in the mudflats, surrounded by Egrets. 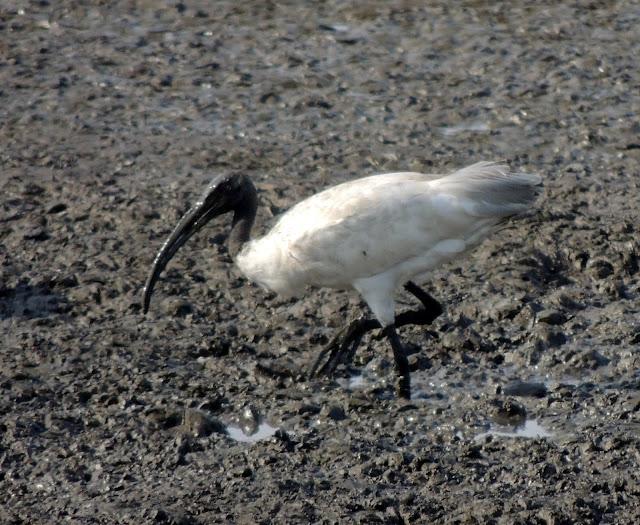 A couple of Pond Herons showed themselves too... 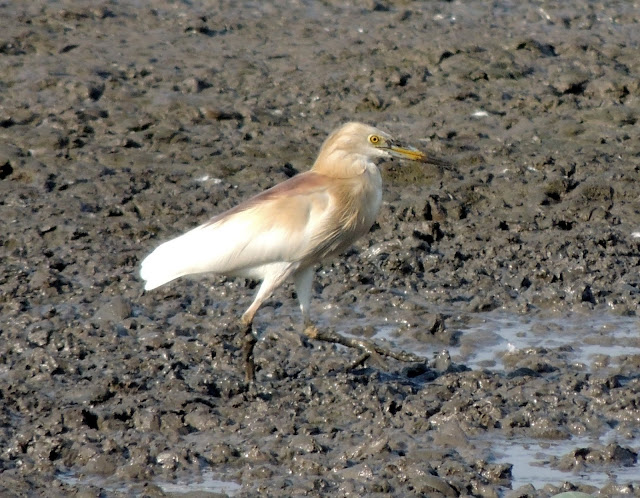 And finally, just as we were almost ready to leave, we spotted a couple of Little Ringed Plovers, which urged us to stay just a little while more... 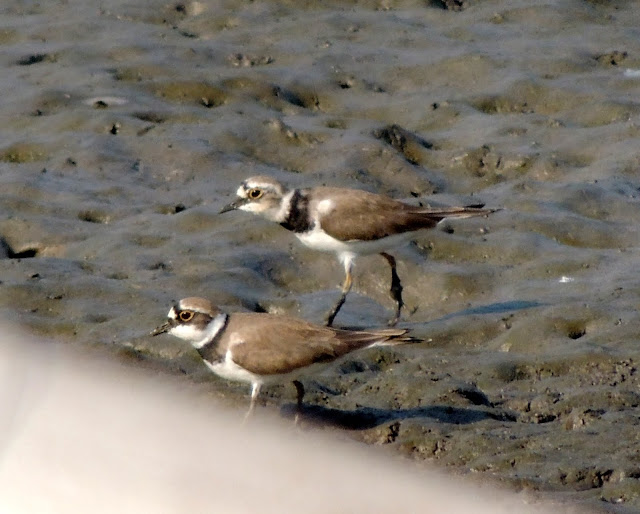 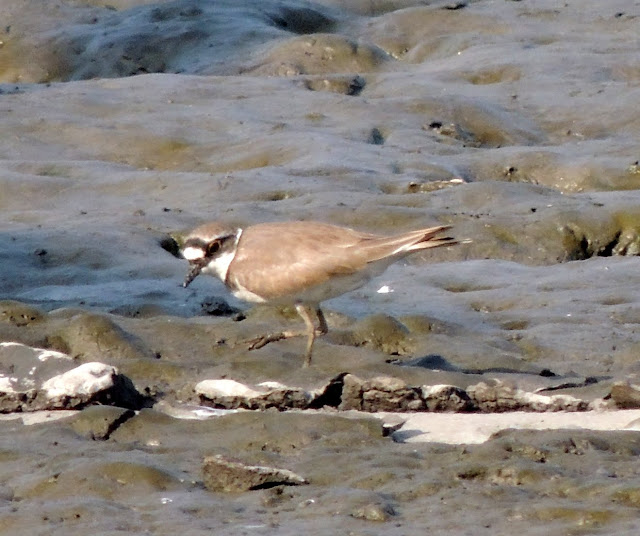 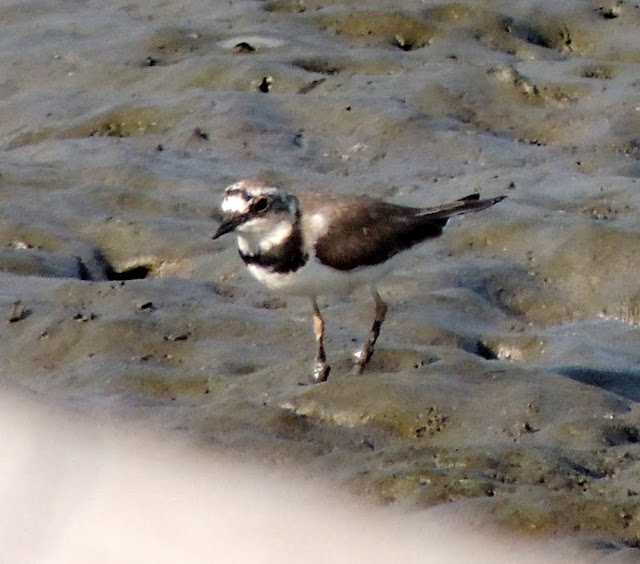 And all that was just the beginning..... We had yet to go a long way... and re-discover a part of our city I knew almost nothing about.  And just to keep you guessing, I have decided to do this as a series.... so you can look forward to something interesting to read in the next few days. Incidentally, I shall be travelling again tomorrow, to a place which has eluded me for long. I will be gone for less than a week, and when I get back, I will hopefully have loads more to show you!