June 16, 2013
Towering teaks line the road, forming a canopy. Driving through the forests of God’s Own Country, Kerala, towards the Tirunelli Temple, the spiritual experience begins long before the destination.

Set amidst the lust green forests in the heart of Wayanad, the temple of Maha Vishnu at Tirunelli is located atop a small hillock surrounded by mountains – the Western Ghats, the Eastern Ghats, and the Nilgiris. It is not just the location of the temple which is interesting, but its story too. It is said that Lord Brahma was once flying over this area, when he was struck by the beauty of this place. He stopped to rest here for a while. It was then that he noticed an image of Lord Vishnu on an Indian Gooseberry (Amla or Nelli) tree, and prayed to it, in effect, consecrating the idol of the Lord. That’s where the temple gets its name from. Rather appropriate isn’t it - for a temple located in a forest, to be named after a tree? 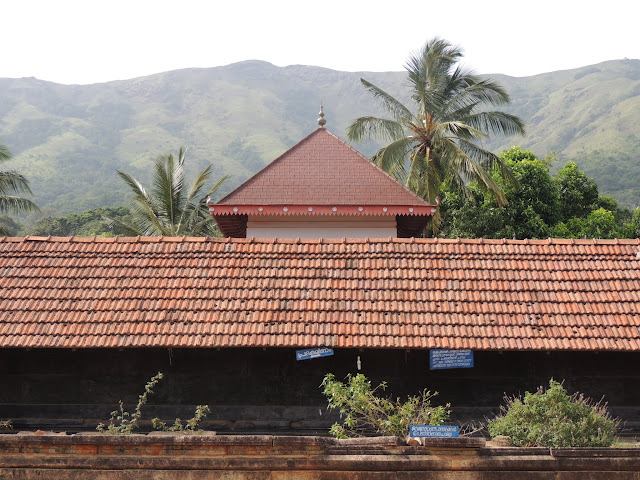 The connection with Lord Brahma transcends legends to even the present day. The temple has 5 regular pujas every day, but the priest readies for a 6th puja before closing the temple for the day. On opening the temple the next morning, it is said that he finds the materials used and the puja performed, even to this day. It is believed that it is none other than Lord Brahma himself who performs these prayers day after day.

The recorded history of the temple dates back to the 8th century AD, when the Chera king, Kulasekharan built the temple. Built in typical Kerala style of architecture, with stone walls and tiled roof, the temple stands proudly against the backdrop of the high mountain ranges all around. A few granite pillars resembling a corridor stand incongruously against this sight, the only remnant of a time when a king from Coorg tried to renovate the temple. Unfortunately, his plans did not beget the approval of the local king, and the work was abandoned, leaving us with just a few pillars as memories of the failed attempt. 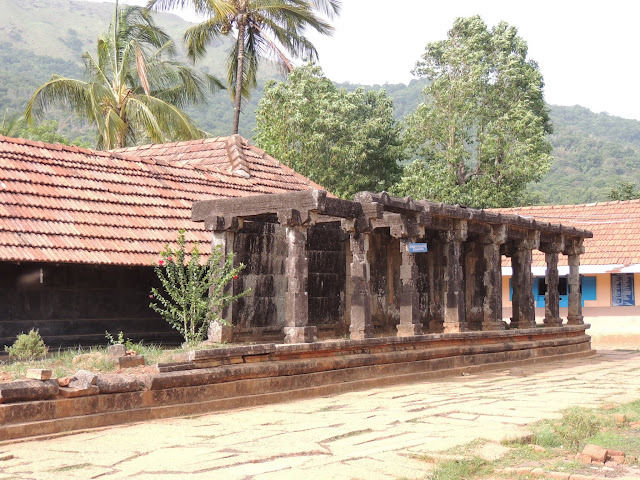 A little away is the mountain stream, the Papanasini, so sacred that she is believed to wash away all the sins of those who bathe in her. People come from far and wide to perform the rituals for their ancestors on her banks, thus giving the place the status of Dakshina Kashi, or Kashi of the south. Also nearby is the cave temple, Gunnika, dedicated to Lord Shiva. Thus, Tirunelli is an especially sacred place, unifying all aspects of the trinity. 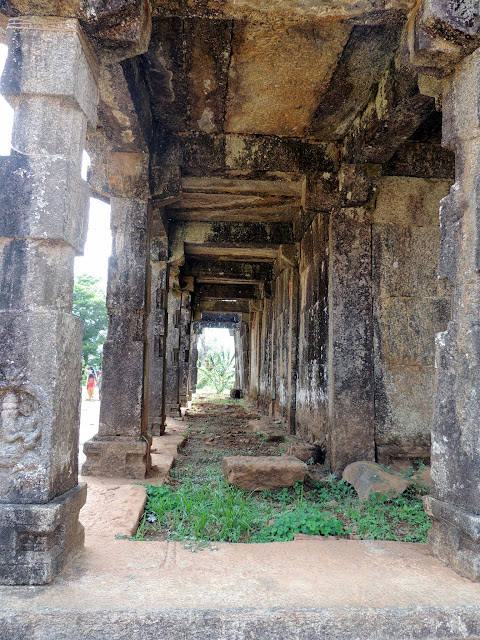 The temple’s location is beautiful and tranquil. But it is by no means easy to reach. Surrounded by mountains and dense jungles, it must have been tough to visit the temple before the dawn of modernity. However, over the centuries, it has drawn devotees from far and wide, despite the difficult terrain. And over time, these ardent devotees have helped make it easier for those who came after them. There is no story which illustrates this better than that of the wife of the Chirackal Raja. In those days, the closest source of water for the temple was the Papanasini, and water was brought from the stream in pots and stored for use in prayers as well for drinking purposes. The day the queen arrived, there was no water left in the pots and she was unable to perform her puja. Shocked at the thought that the temple had no source of water, she ordered her attendants and soldiers to find a way to bring water to the temple. Exploring the forest, they came across another stream nearby, and, using bamboo reeds, managed to divert water to the temple. Later, on returning to her kingdom, she sent a team of workers who replaced the bamboo reeds with a stone aqueduct, which, till date, brings cool, fresh water to the temple.

Centuries have passed since the temple was built, and the passage of time has brought along with it the inevitable change.  Today, well laid roads ease the path for pilgrims, and every arrangement is made for their comfort. There are hotels and shops, and the temple has also built accommodation for those who wish to stay. There is a constant bustle of devotees, and the strains of the pealing temple bells resound over the hills, calling one and all for the beginning of the pujas. And yet, peace reigns over it all, certainly a triumph of nature and spirituality over the mundane!
Location:                    Thirunelli is located in the Wayanad District of Kerala, about137 Km from Calicut,121 Km from Mysore, and 250 Km from Bangalore.

For more information about the temple as well as accommodation options, check the temple website:    http://thirunellitemple.com

An edited version of this article was originally published in the 9th issue of YES Magazine published by the Sai Youth of Maharashtra and Goa. Click here to download the magazine.