A Date with the Goddess - Navaratri begins!

September 25, 2014
Navaratri begins today - nine days and nights dedicated to the Goddess. I cannot celebrate the festival at home this year, (once again) for various personal reasons, but here, on the blog, the celebration is on, and I shall try and bring you interesting aspects of the festival as well as temples and shrines to the Goddess...in short, whatever I come across!

I begin with a small shrine to the goddess at the Khaba Fort that I visited during my tour to Jaisalmer with Suryagarh. 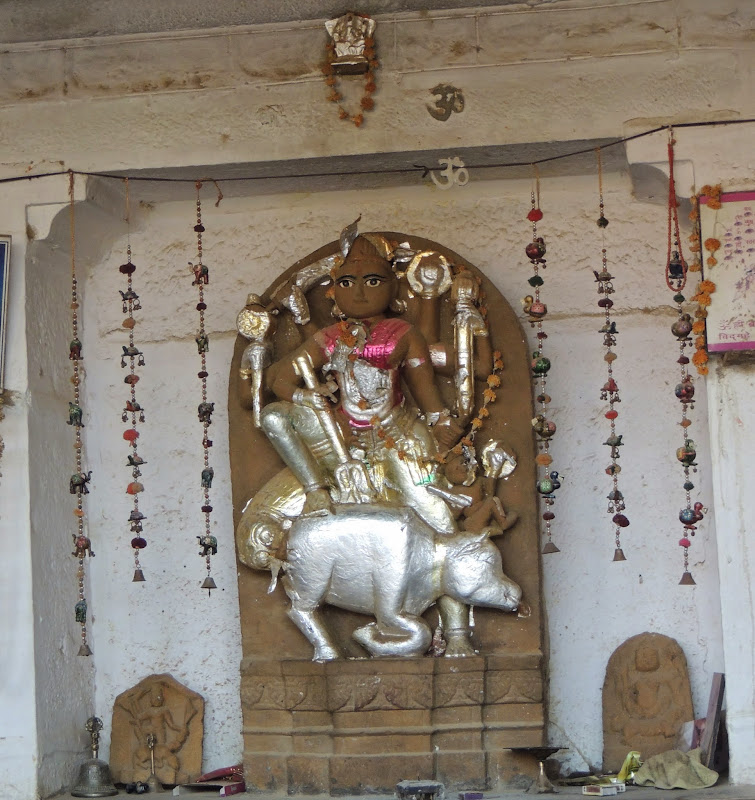 She is popularly called Durga, but she is, really,  'Mahishasura Mardini' - the one who killed the demon Mahishasura. She fought the demon for nine days and nights, and it is her victory we celebrate during this festival, and thus, I thought it rather apt to begin this series with her. 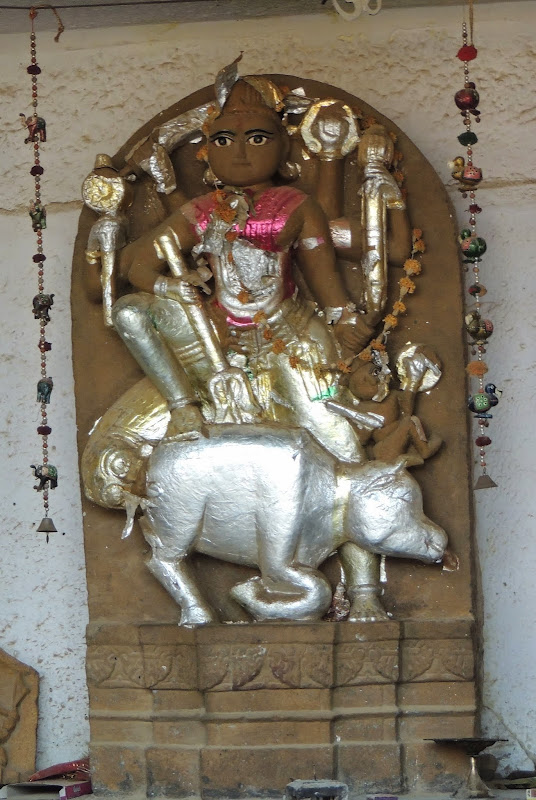 Her image is carved on the local yellow stone Jaisalmer is so famous for. It is a rather simple image, comparing it to the more elaborate ones I have seen before, such as at Aihole, or the amazingly detailed one at Shimoga. However, the representation is almost exactly the same, like her pose - one leg over the demon, her weapons, and the lion behind her, also attacking Mahishasura, who is in the form of a Bull.

It is interesting to see how often we come across her at forts. At the Mirjan Fort, the shrine dedicated to her was no more, but she stood under a tree. She is present in another form at all of Shivaji's forts. There, she is Bhavani, the one who gave her sword to Shivaji so he could gain victory over his enemies. At the Daulatabad fort, she takes a newer form, of Bharat Mata. The name might be new, but a shrine to her existed here, long before the country took shape. Almost every fort we go to, has a shrine to her, in some name or the other. Isnt it interesting, how, when it comes to war, protection or defense, all aspects we associate with men and masculinity, it is the female form we worship?