September 15, 2014
“Maritime Museum” announced a board. “It is closed today” said our auto driver, and we reluctantly turned the other way. The next morning, however, before heading out of Fort Kochi, we decided it was time to try the museum once again. “There is nothing much to see” lamented our driver of the day, but we insisted, and, in the pouring rain, arrived at INS Dronacharya, which is home to the Southern Naval Command (SNC) Maritime Museum. 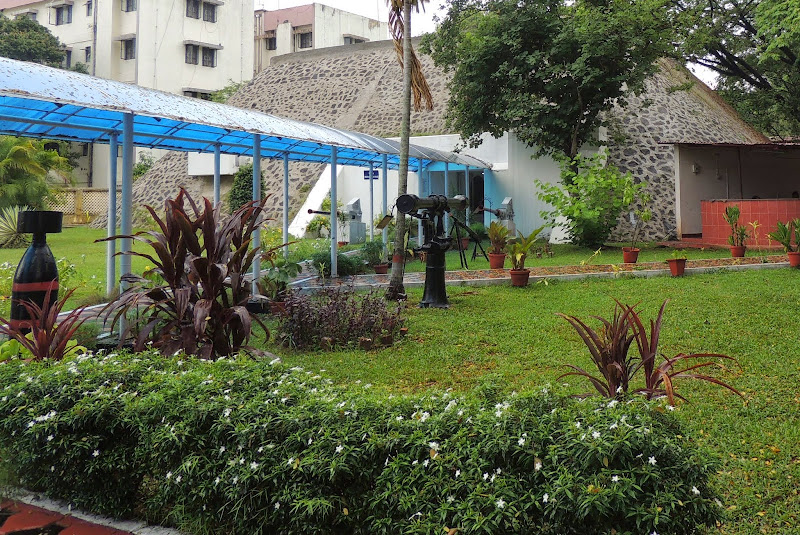 INS Dronacharya is the Gunnery school of the Indian Navy, and the museum is located in two magazines used for storage of ammunition by the British during World War II. The grounds are used to display artifacts too huge to fit inside. I wonder, though how they manage to maintain them with the kind of weather Kochi has. It poured cats and dogs while we were there, and it was summer, not even monsoon! 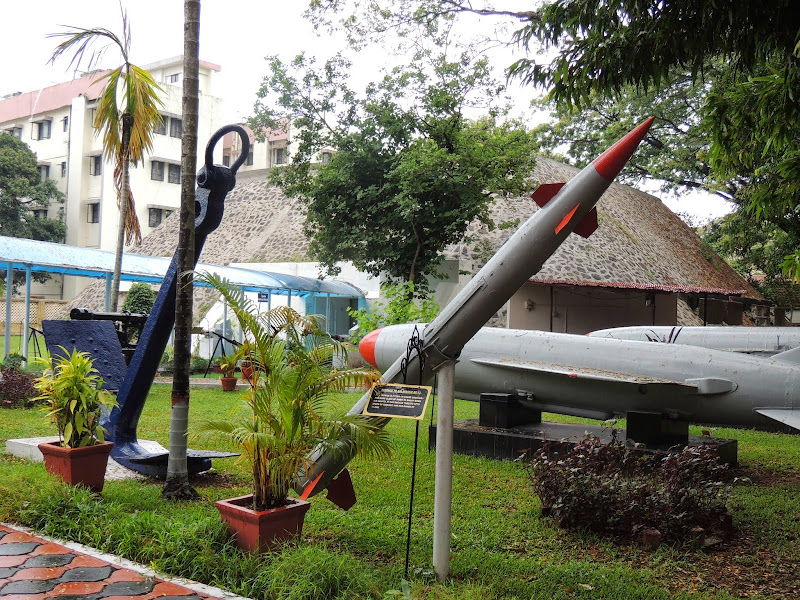 Inside, the walls are lined with paintings, maps and replicas of documents detailing the birth of the Indian Navy and its transformation over the centuries. 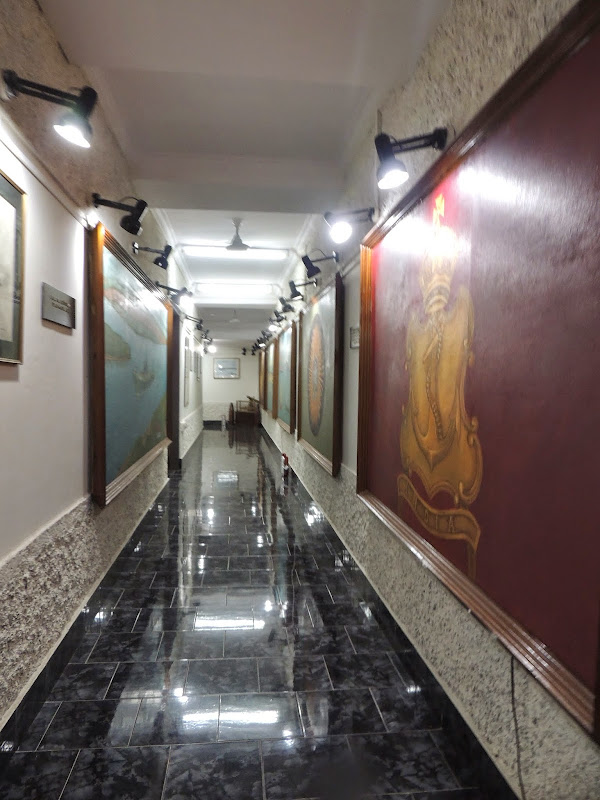 Our attention was captured by this plaque, explaining the Indian Navy’s motto, and its origin…. 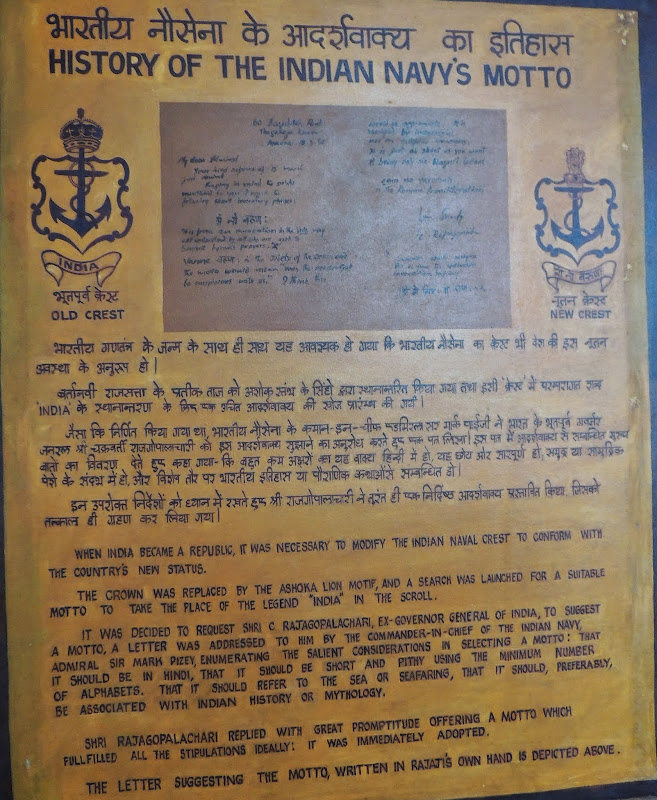 Take a closer look at this replica of Rajaji’s letter, suggesting the same… 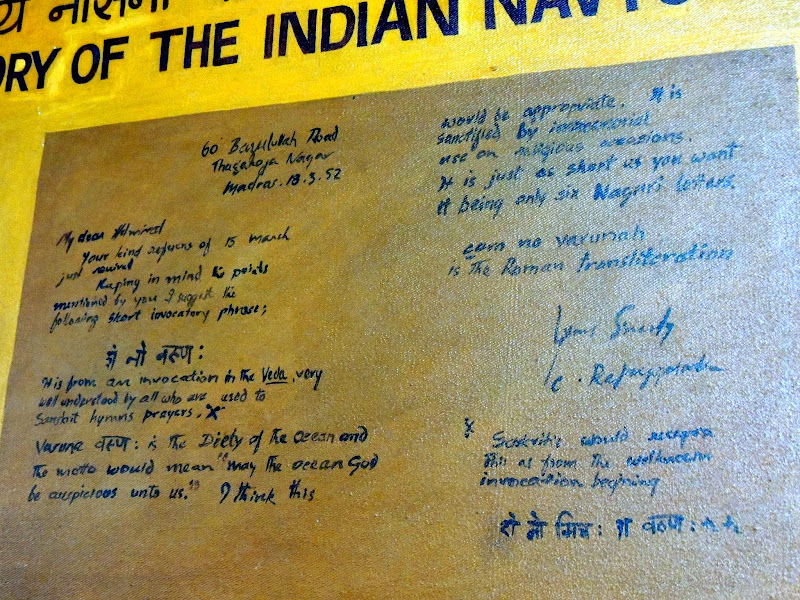 Meanwhile, Samhith had found something more of interest to him – a section devoted to the maritime history of the region, depicted through murals and figurines. 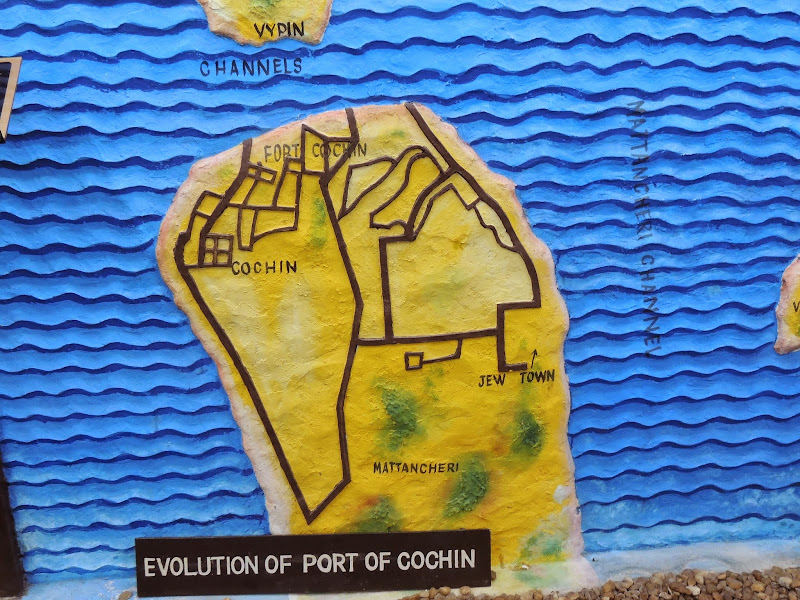 A whole wall is dedicated to the Kunjali Marakkars, the admirals to the Zamorins of Calicut. 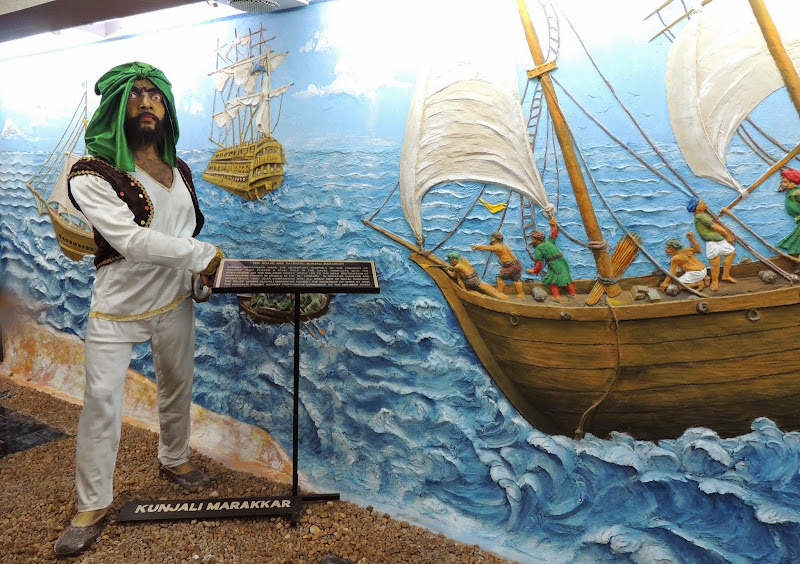 The murals depicting the evolution of Kochi as a port, and fort, reminded me of Bassein Fort, also a Portuguese stronghold, and I ruminated on the similarities between them. 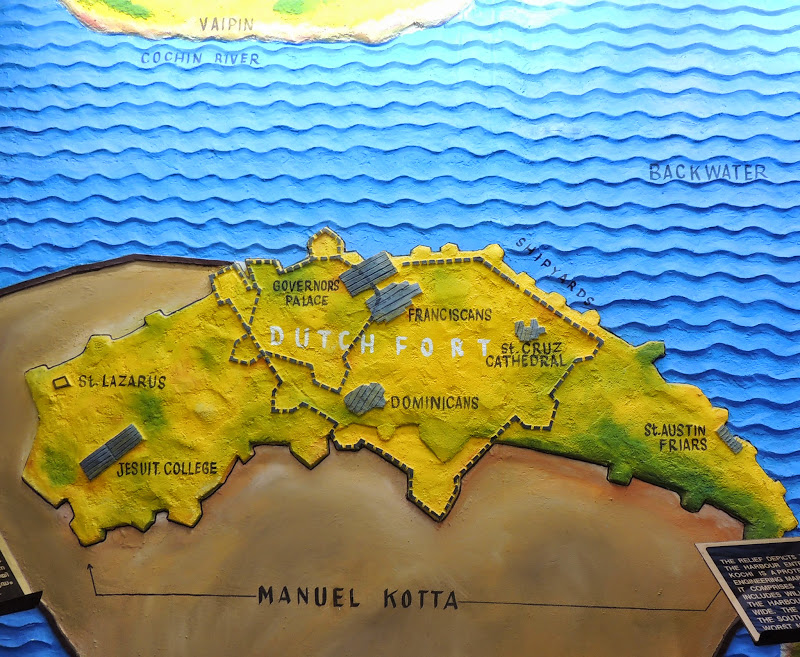 The murals aren’t works of art, but they do depict the history in an attractive manner, and especially help in engaging kids! 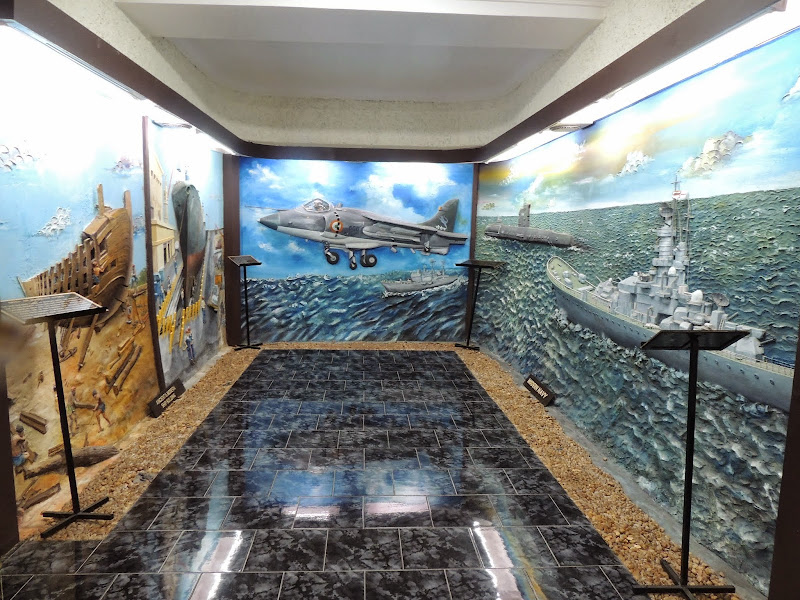 Another section focuses on naval history of India before the Europeans arrived here. There are maps of ancient ports and trade routes in Southern India, as well as maps of important forts along the western coast. 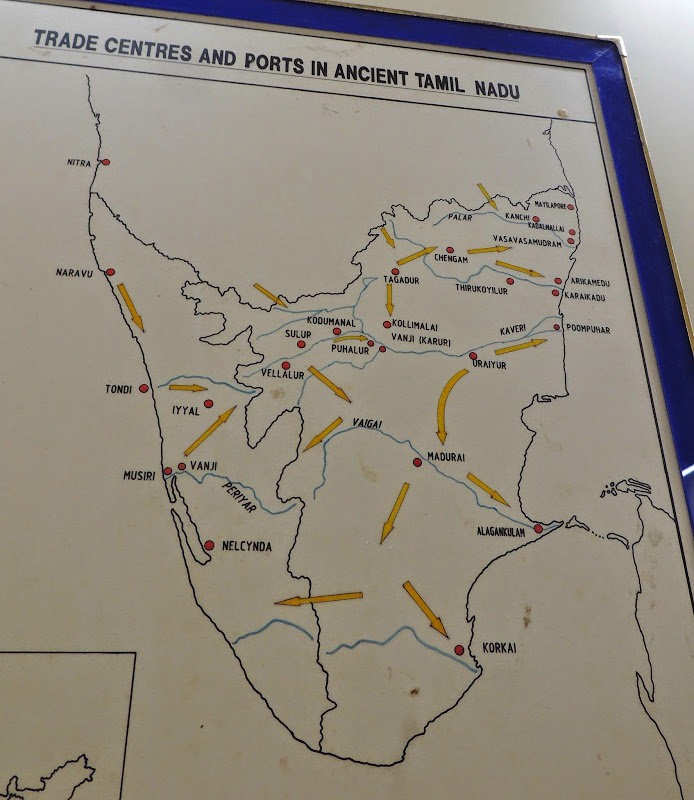 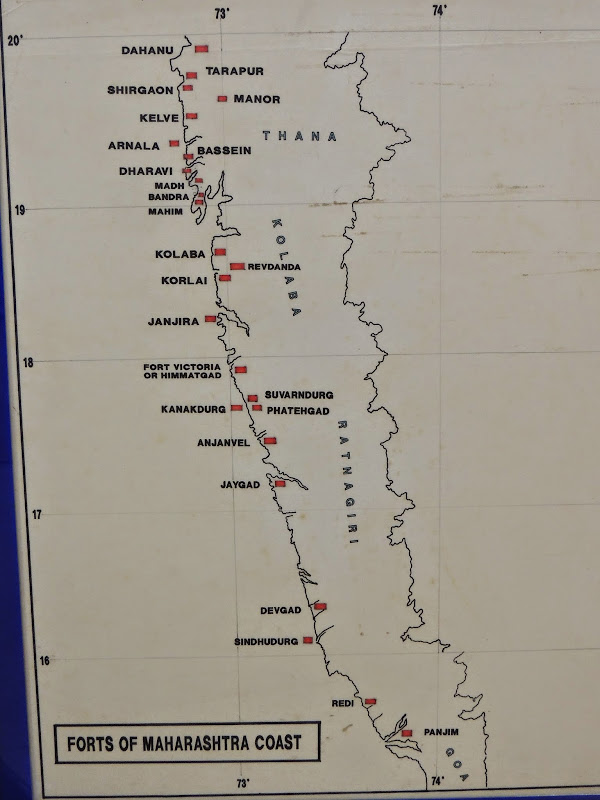 Across the museum are timelines of the evolution of the Indian Navy – extremely interesting, but for the fact that it does not include the seafaring ventures of the Indus Valley Civilization or the Chola Navy, and other such pre-Colonial naval milestones (which find mention in some sections of the museum, and could easily have been included). 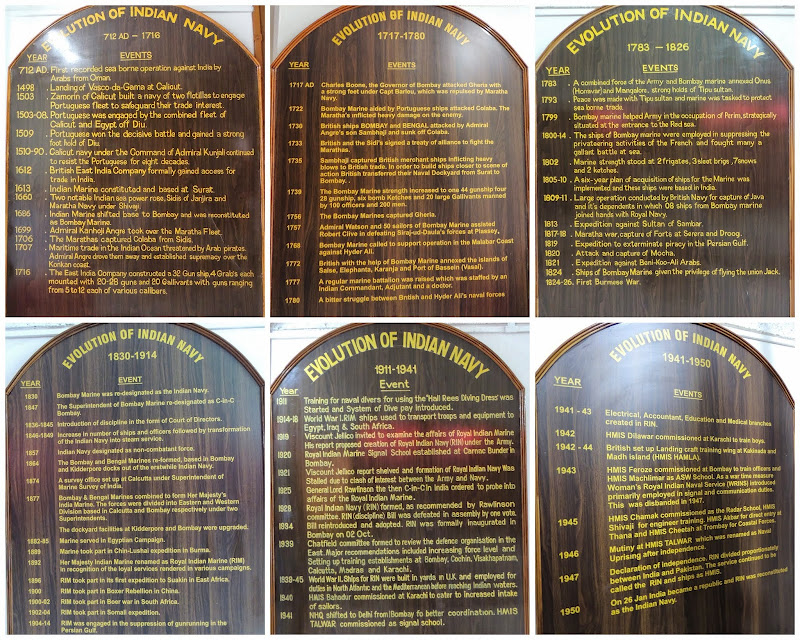 The museum is a treasure trove of information of India’s glorious naval history – a must visit if you are in Fort Kochi!