February 18, 2015
Built by the Portuguese, captured by the Dutch, sold to the Travancore Rajah, and saved by divine intervention, this Fort has scores of tales to tell, if only its stones could speak! By the way, this is also believed to be the oldest European monument in India! This is the Pallipuram fort, located on Vypin Island near Fort Kochi. 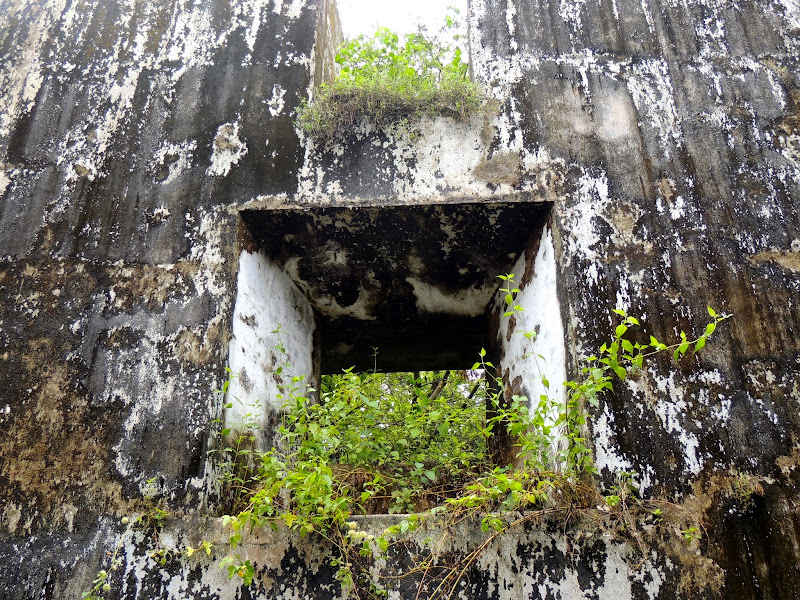 For all its interesting history, the fort is remarkably easy to miss. Few people know of its existence, and even fewer actually visit. Standing in a narrow lane between two houses, waiting for our driver to park the car so he could show us the way, I wasn’t really surprised people don’t come here. A simple, easily missed board on a narrow lane is all that points people to this interesting bit of history! 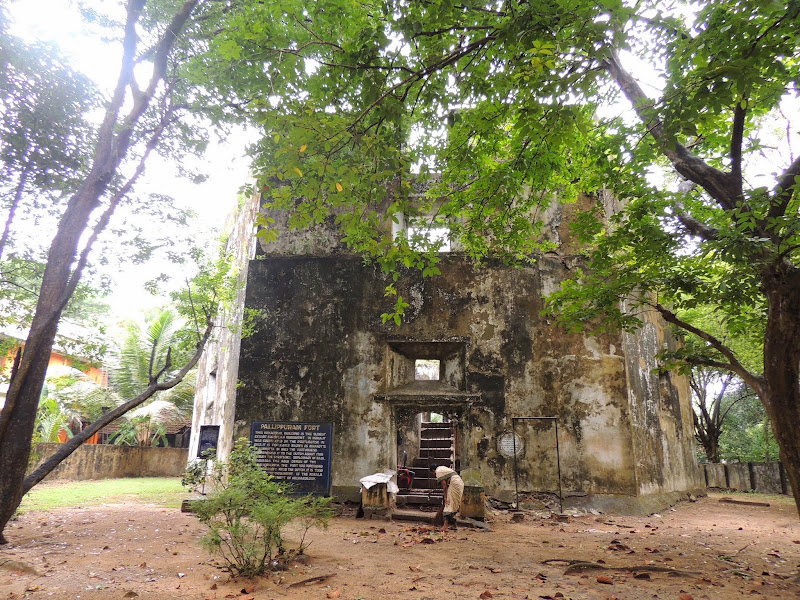 Vypin island was formed in 1341, a result of the great flood in the Periyar, which wiped off the port of Muziris, and made Cochin the hub of trade. The Portuguese built the first fort here, on the northern extremity of the island, in 1503, to both, help in their trade, as well as protect their interests. In 1661, the fort was captured by the Dutch, who later sold it to the Travancore kings. It was then known as Ayikotta. 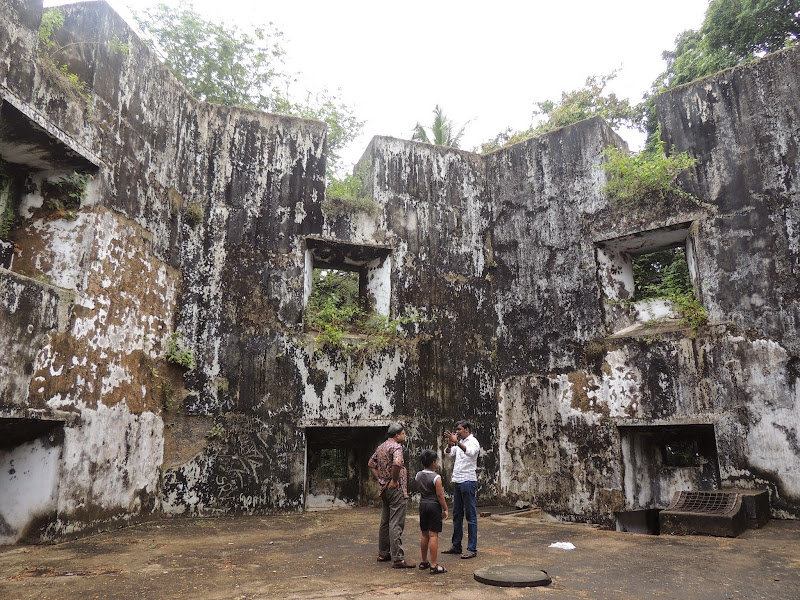 “It looks more like a watchtower than a fort” I think, as the narrow lane opens into a clearing, and a hexagonal tower suddenly appears! It also seems to be remarkably well preserved, but I learnt later that the fort had been restored, first by the Government of Travancore, in 1909, and then by the ASI. 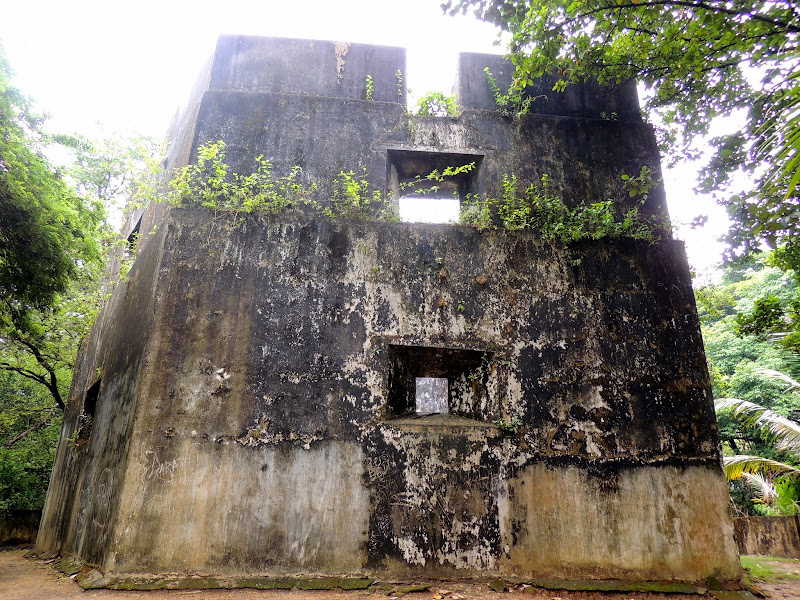 A short flight of steps lead us into the ground level of the fort. On the side are a few more steps leading down into the cellar. However, the cellar itself is inaccessible, and it is sad to see the state the place is in. 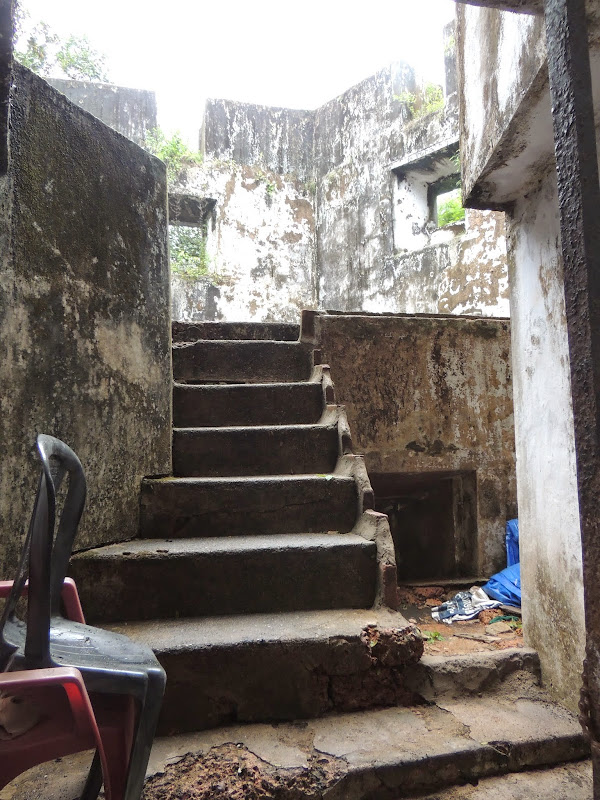 The Fort looks out towards the river, and boats still dock here, as you can see… 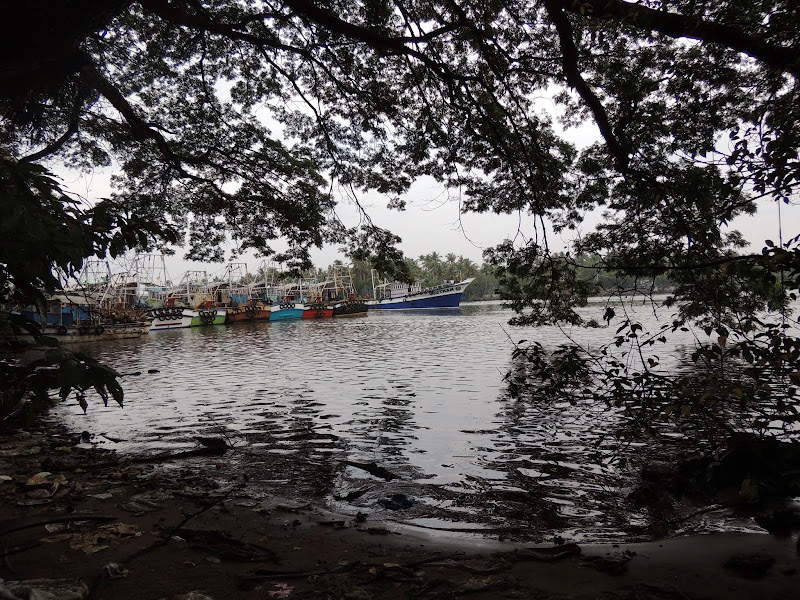 A little further downstream, is a church dedicated to Our Lady, built around the same time as the Fort. The church, like everything else, has changed over the centuries, added to and modified, first by the Dutch, then the British, and finally, post-Independence by the locals. The importance of the church however, reached its peak in 1789, when Tipu Sultan attacked the region, and, it is believed, Our Lady protected the fort from his wrath! 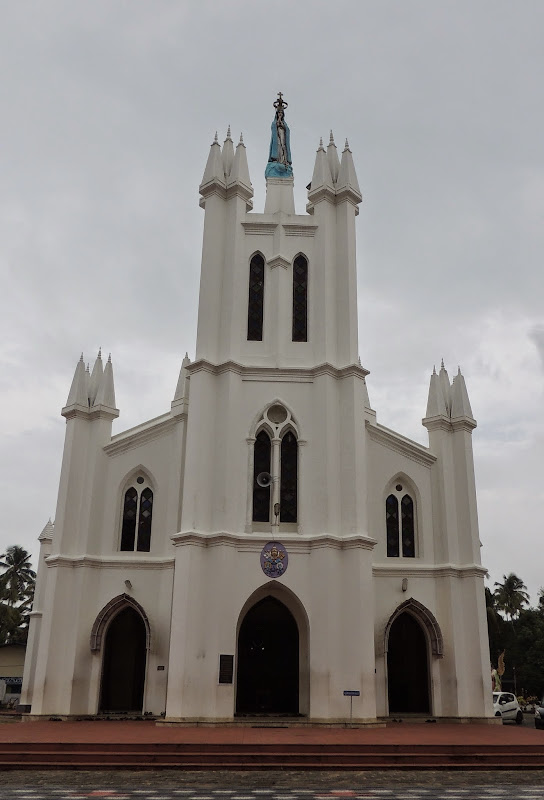 As the legend goes, Tipu was camped on the other bank, all set to attack Pallipuram, when, the river rose in spate, and a veil of snow descended over the region. His gunpowder wet and his army demoralized, Tipu left, never to return! This miracle is attributed to Our Lady, who was thenceforth known as ‘Our Lady of Snow’. In the local tongue, she is called ‘Manjumatha’, and the church has now been raised to the status of a minor Basilica, and is a major place of pilgrimage, popularly called Palliport Church or Manjumatha Basilica. 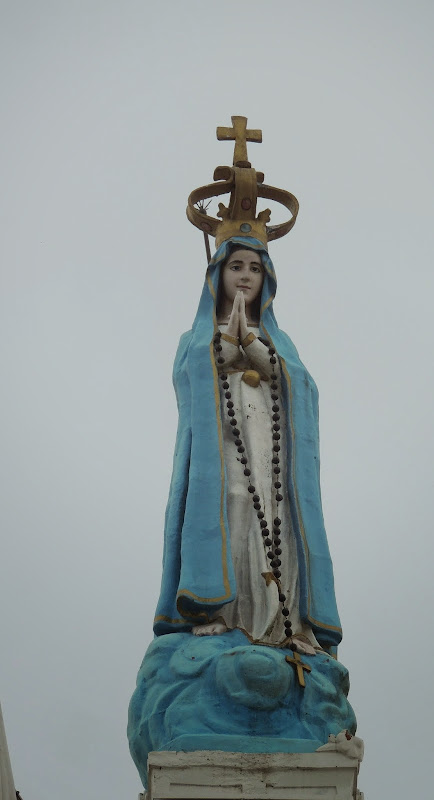 History, however is a bit more prosaic. Tipu did indeed invade the Malabar, and the Pallipuram Fort too. However, the story begins earlier, when Hyder Ali first invaded the region. To combat him, the Travancore Raja, under the advice of his minister, had built a massive wall on the borders of his kingdom, called ‘Nedumkotta’. The wall extended from Pallipuram fort, connecting many other fortifications at strategic places, and allowed soldiers to ambush attackers. Hyder Ali had been appeased and war averted, but when Tipu arrived, the fortifications held, and helped restrict his movement to a great extent. By the time he reached the bank of the river opposite Pallipuram fort, the Travancore Raja’s men managed to break the walls of a dam upstream, which led to a flood in the Periyar, drowning many of Tipu’s men, and rendering his ammunition useless. Tipu returned, unsuccessful, and the incident, as is seen, spawned legends. No trace remains of the Nedumkotta, which is sad, considering what an interesting structure it must have been!

Pallipuram or Palliport today is a hub of shipbuilding, with shipyards dotting the riverbank. The fort stands still and silent, its stories untold. The church on the other hand, is bright and bustling, with devout inside deep in prayer. A bunch of children point and giggle as I click photos instead of kneeling down to pray like the others, and the nun shushes them, and turns to smile at me. I smile back, and walking out of the church, head to the river bank, where Shankar and Samhith are sitting on a bench, watching the boats go past. So much has changed, since the days the river changed her course, so much water has flowed under the bridge. There is an overwhelming sense of peace, I feel, and wonder, “Is it this sense of peace that first brought people here?”