December 23, 2016
Visiting Kabini in peak summer, we hadn’t bargained for the rains, which dominated our three days at the Lodge. While animal sightings were understandably lesser than usual, seeing the forest in the rain was an interesting experience in its own way. However, as we headed back into the forest for our second and third safaris, we hoped the rains would let up, and allow us to see more animals!

As we entered the reserve, the sun rose, bringing a promise of a bright day ahead.

A peacock basked in the fresh rays, perched on a branch, its feathers hanging down, perfectly posed for a photograph!

It looked like it would be a day for birds. We spotted Crested Serpent Eagles and Indian Rollers, are we made our way deeper into the forest.

A single Racket-Tailed Drongo sat on a branch, one of its tails broken…

A pair of Great Black Woodpeckers cavorted on a tree….

And two young Langurs fought for their mother's attention!

No big animals showed themselves, and as our time drew to a close, we headed back, only to pause, and admire, a spotted deer suckling its fawn! 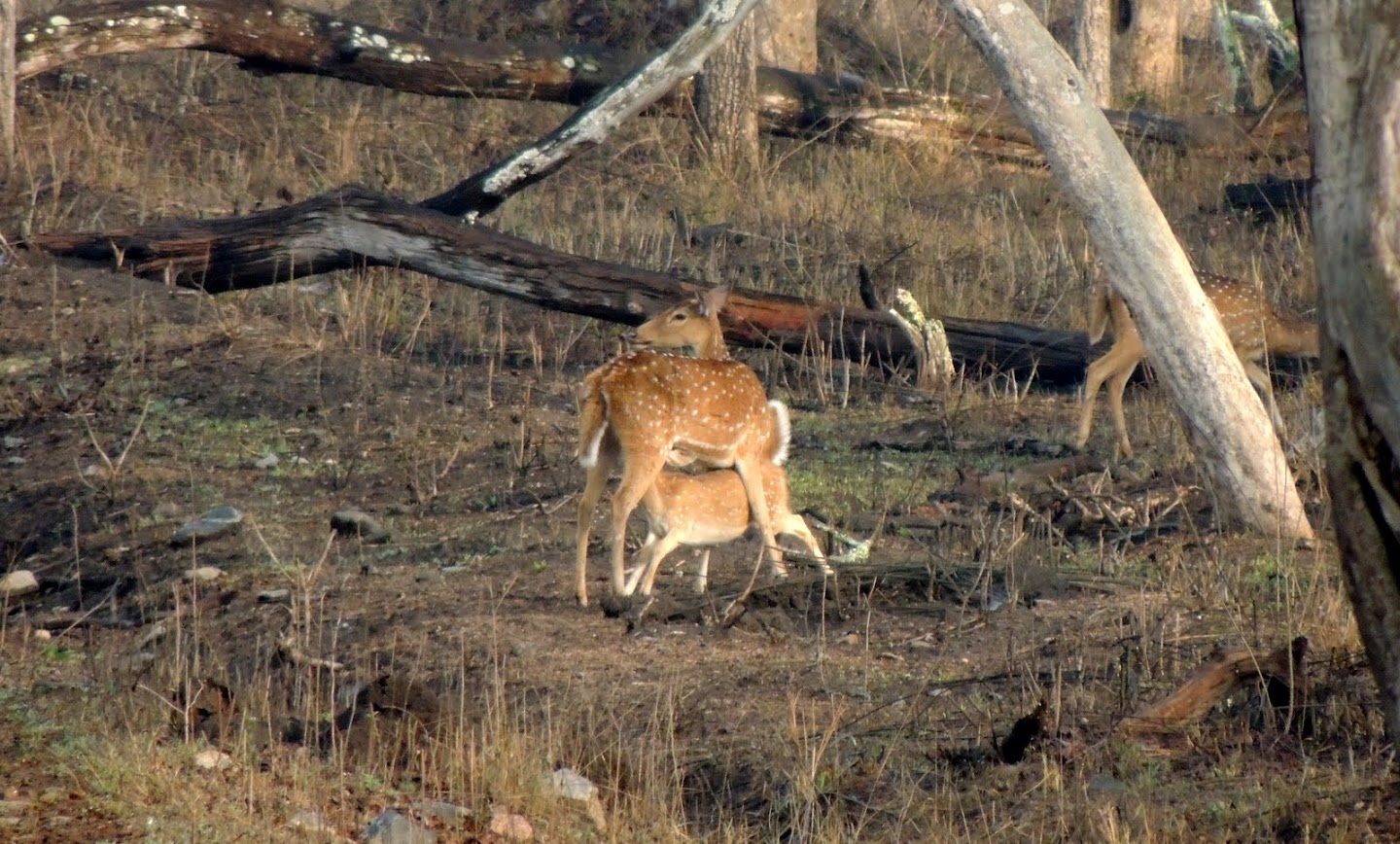 A little further, we stopped again, once more noticing a pair of deer. This time, they were too busy to be bothered by us, their antlers locked, either in play or combat, we weren’t too sure, which! 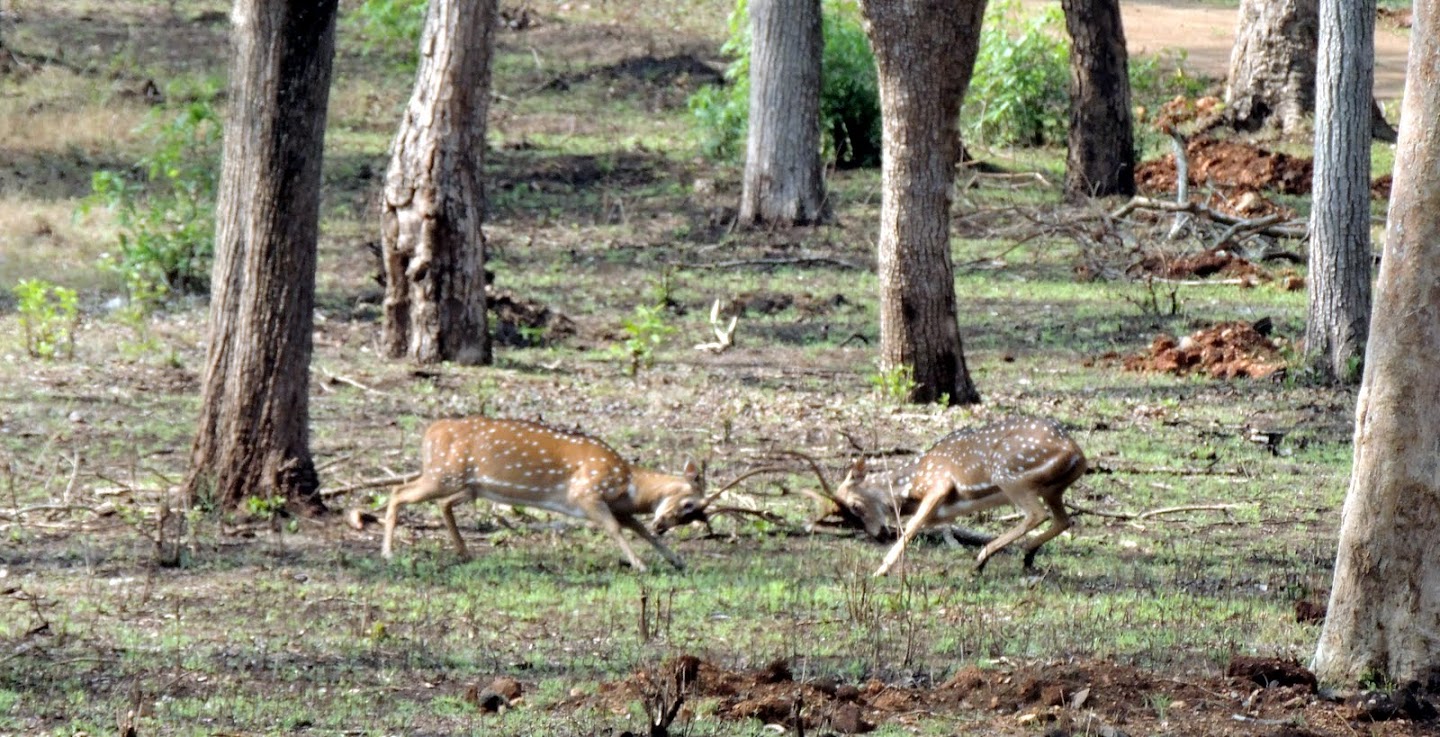 Scanty as the sightings were, it was a strangely satisfied bunch which emerged from the forest, the day after the rains! 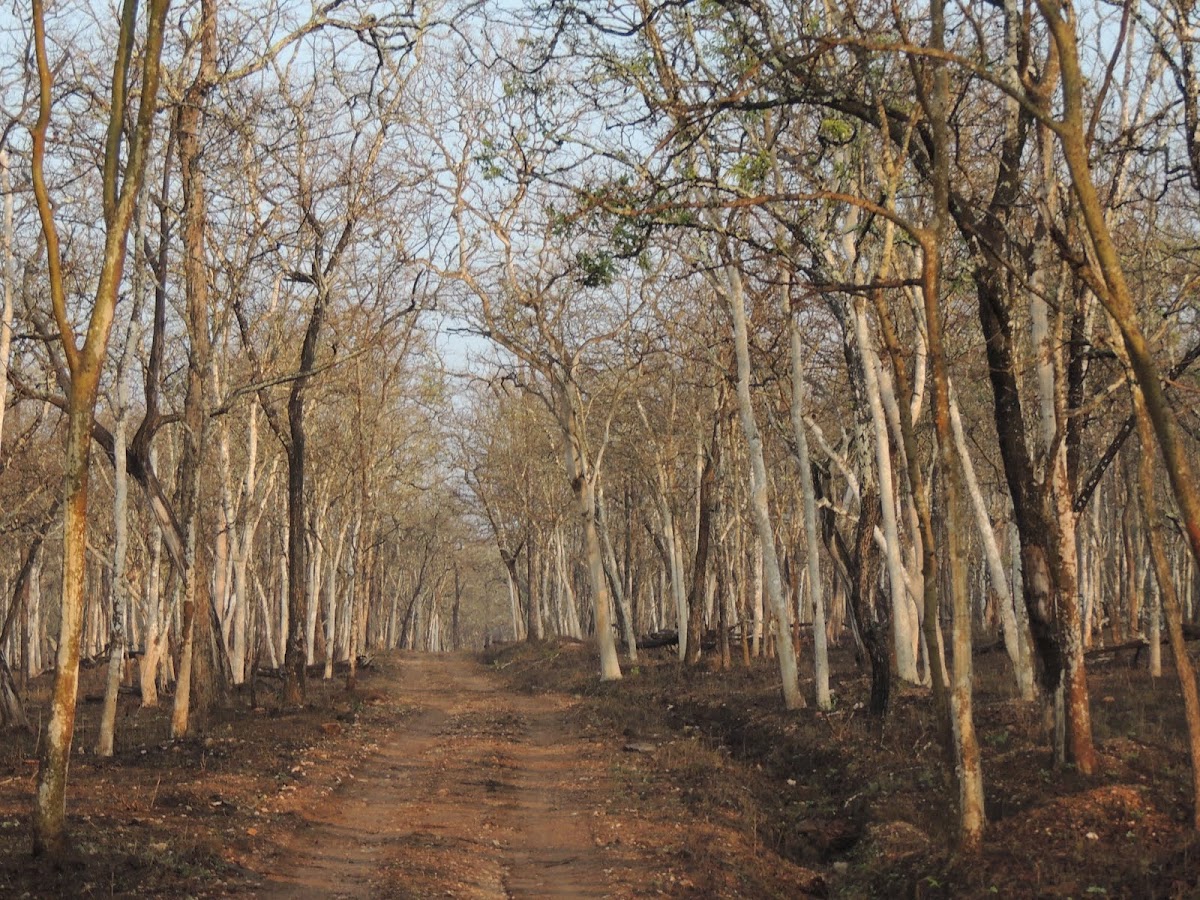 The next morning, the forest was all abuzz….. with buzzing insects! Rainflies were everywhere, and trying to catch and eat them, were monkeys, and a mongoose!

We stopped and watched, amused, as the mongoose ran round and round, gobbling up the flies! It must have been quite a treat!

Tearing ourselves away, we headed deeper inside, hoping for a tiger to cross our path. However, what appeared was a Brown Fish Owl, busy with its breakfast!

We watched, unabashedly, as the owl gobbled up the frog it had caught for breakfast, and continued clicking as it stared back balefully at us… 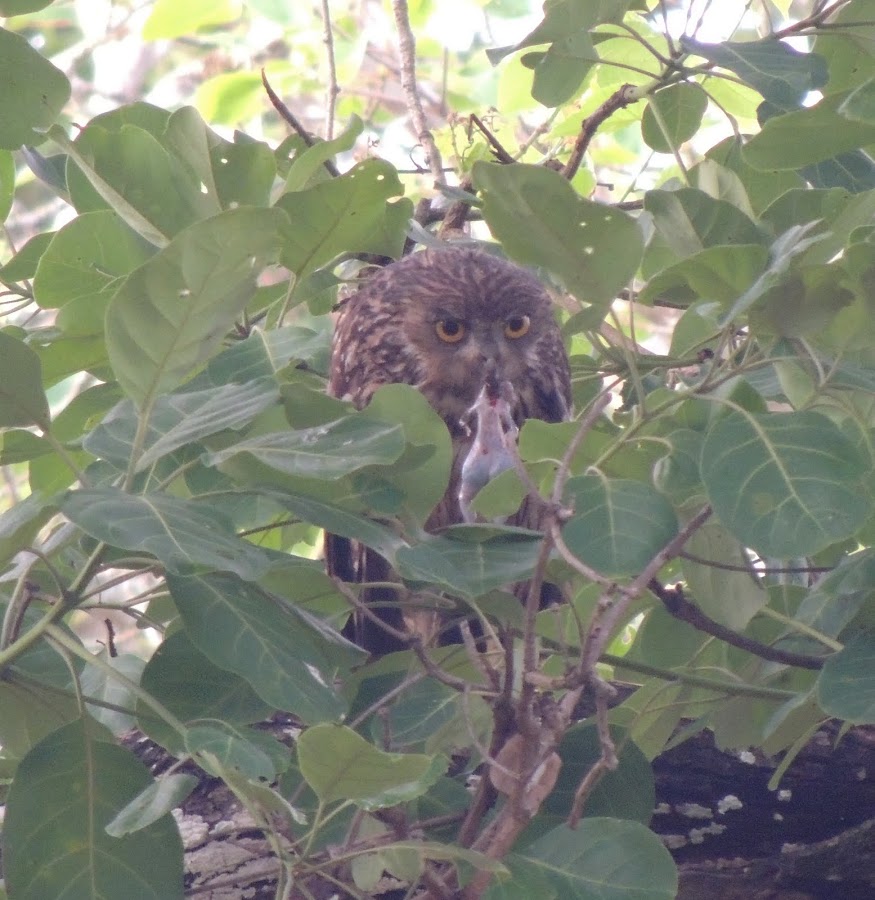 We were so engrossed in watching the owl, that we didn’t even notice the elephant which suddenly emerged from the bushes! 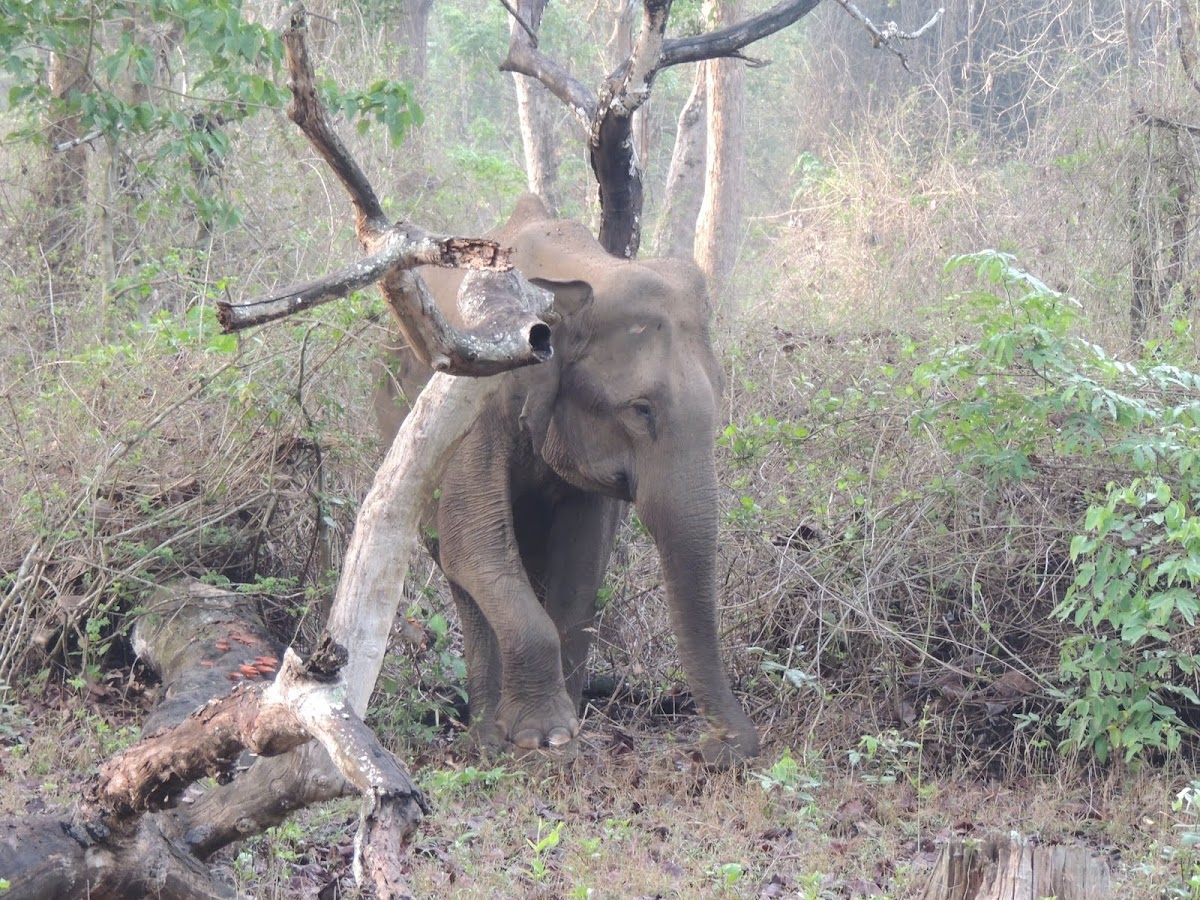 The young elephant scratched away happily on a conveniently placed branch, and was soon followed by an older member of the herd. 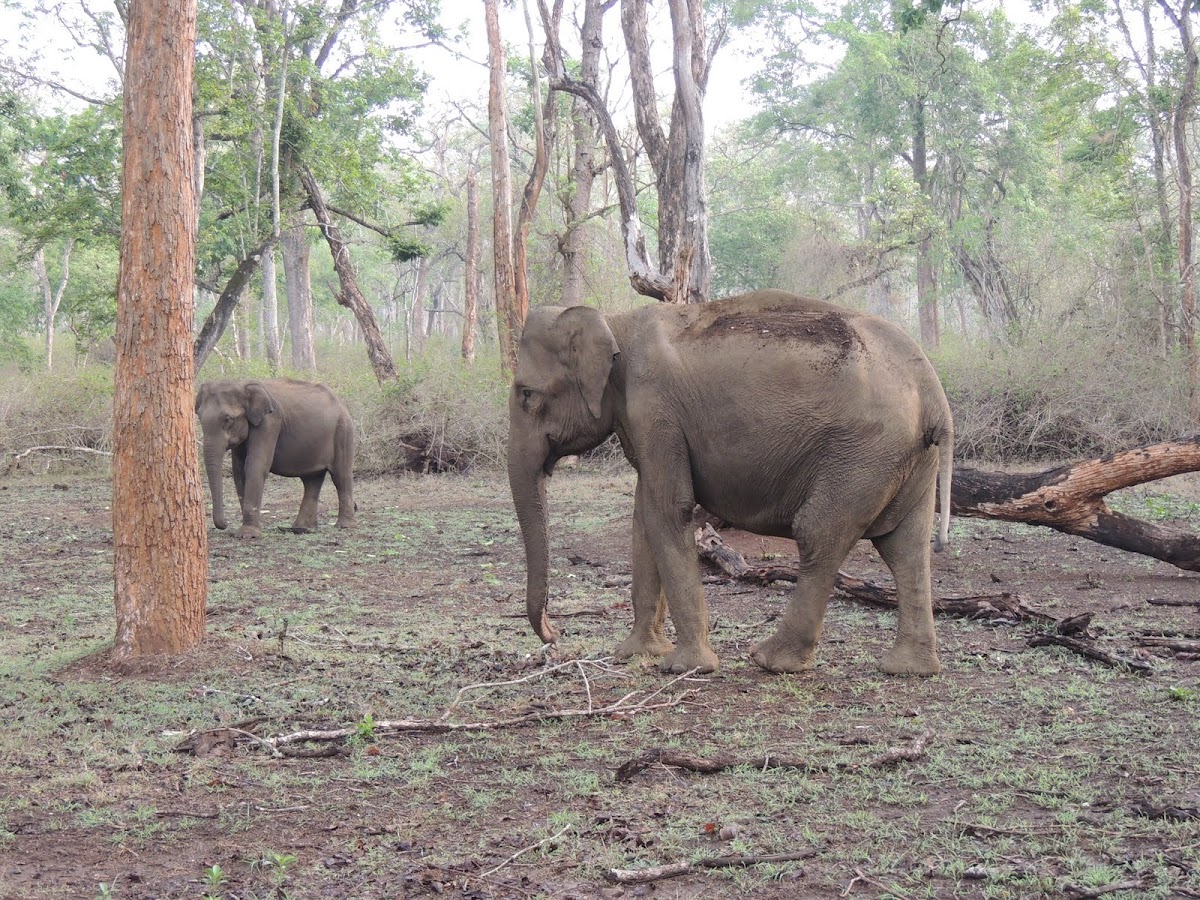 It was such fun to watch them eat, carefully brushing the grass against their legs, swatting away the flies!

We drove on, in search of the tiger, which remained as elusive as ever, for us at least. A flock of Yellow Footed Green Pigeons were all we saw, until… our naturalist stopped the car, and pointed towards the trees. “There! Can you see the dark trunk of a tree? Can you see a horizontal branch? Look beyond it. There’s a leopard there!” 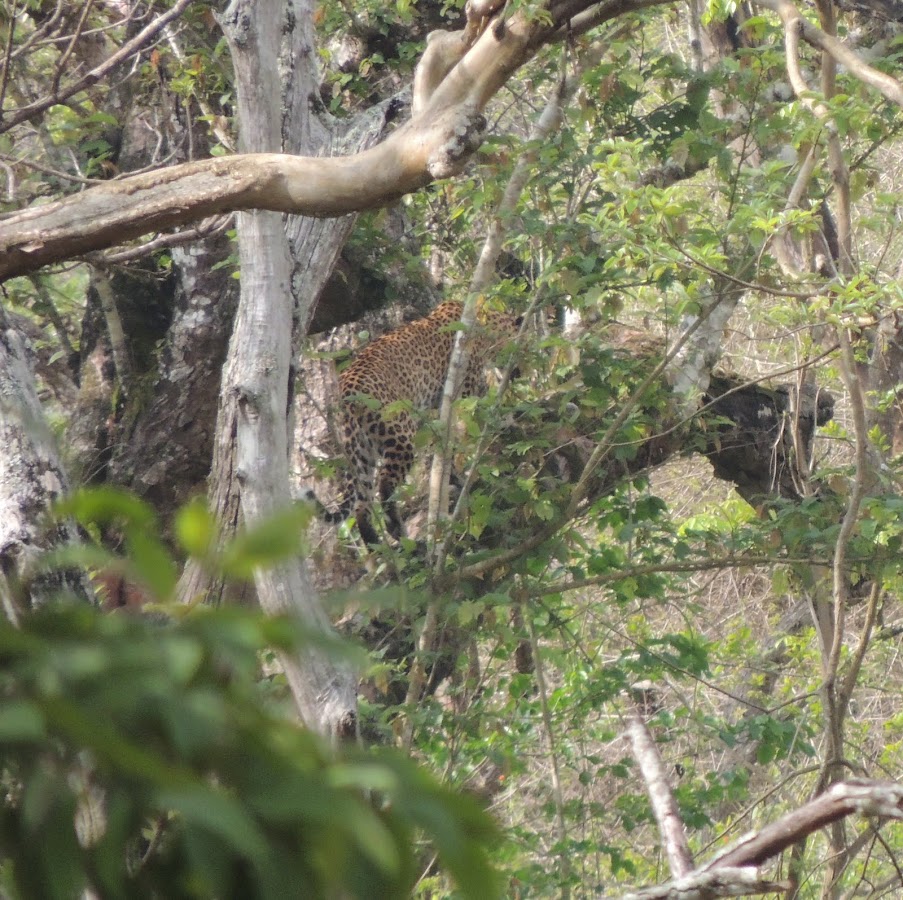 At the magic word, we craned our necks once more, and peered through the dense foliage. Once again, it was Samhith who spotted it first in our group… 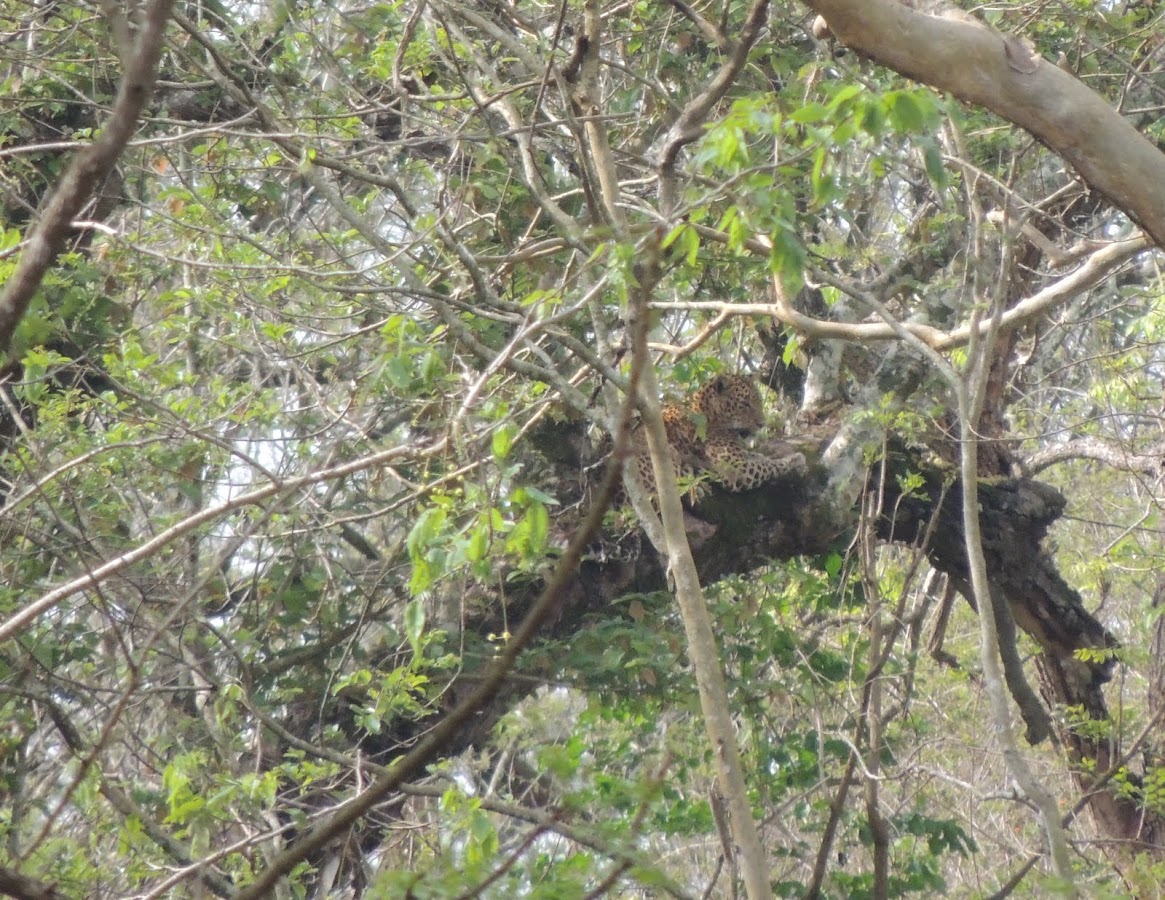 The leopard was far nearer this time, than on our first day. We could actually spot it, even without the camera, but of course, the zoom helped! 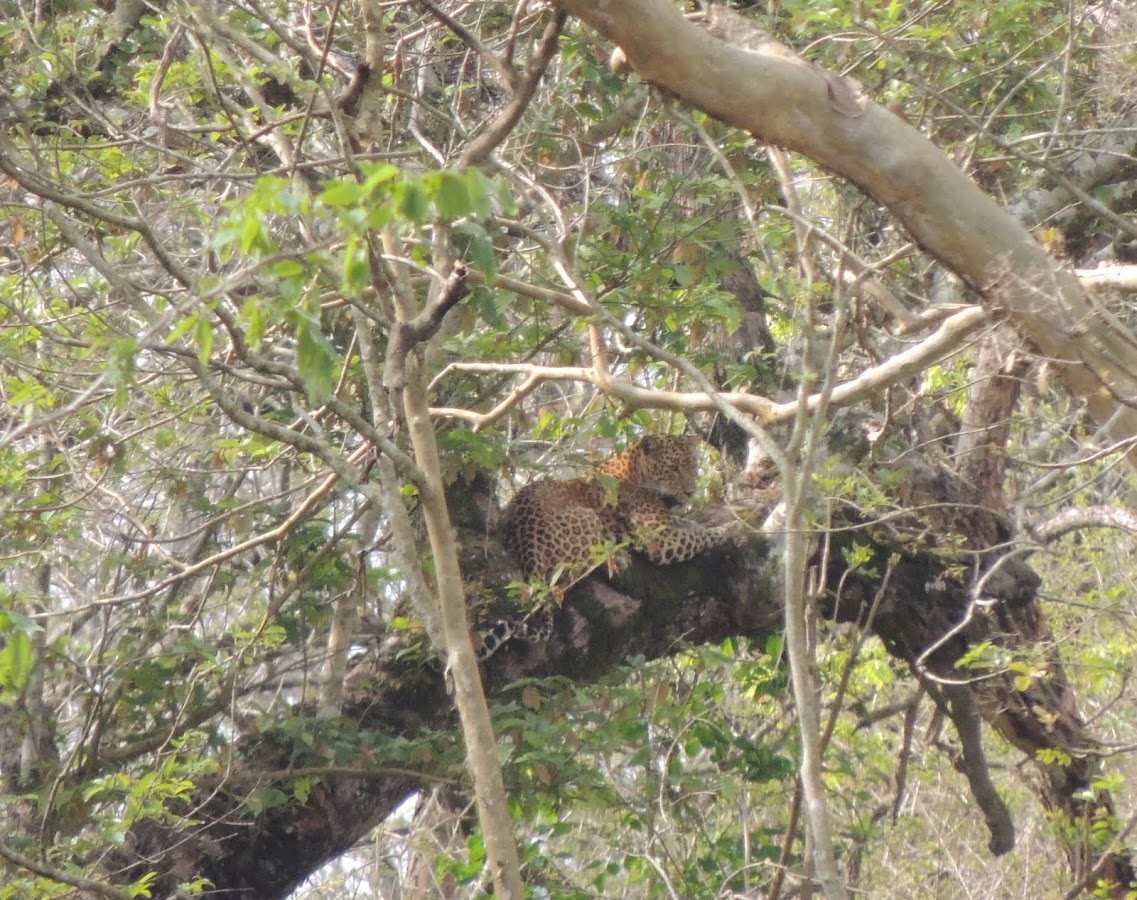 All other animals forgotten, we stood by, and watched, once more, as the leopard made itself comfortable, and settled in for a nap! 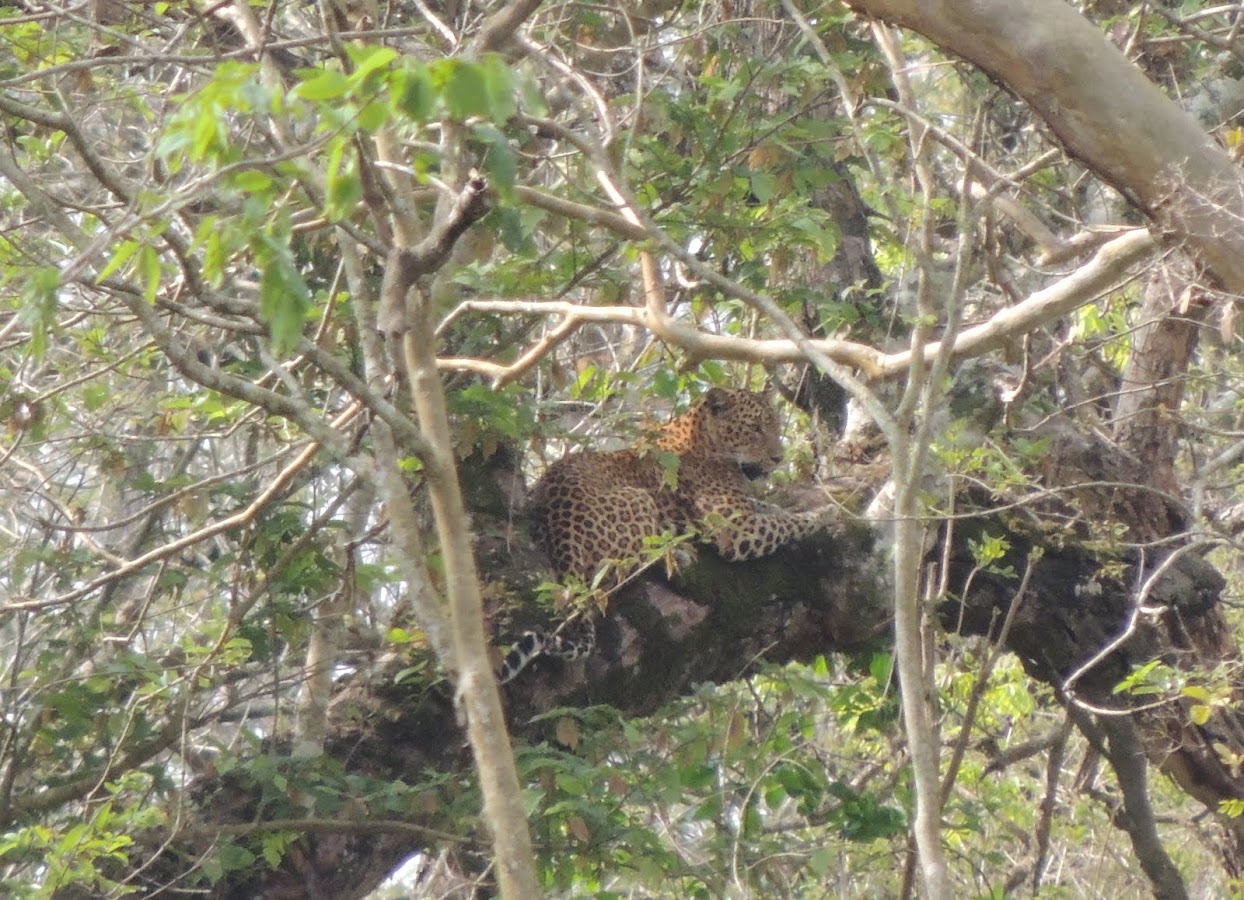 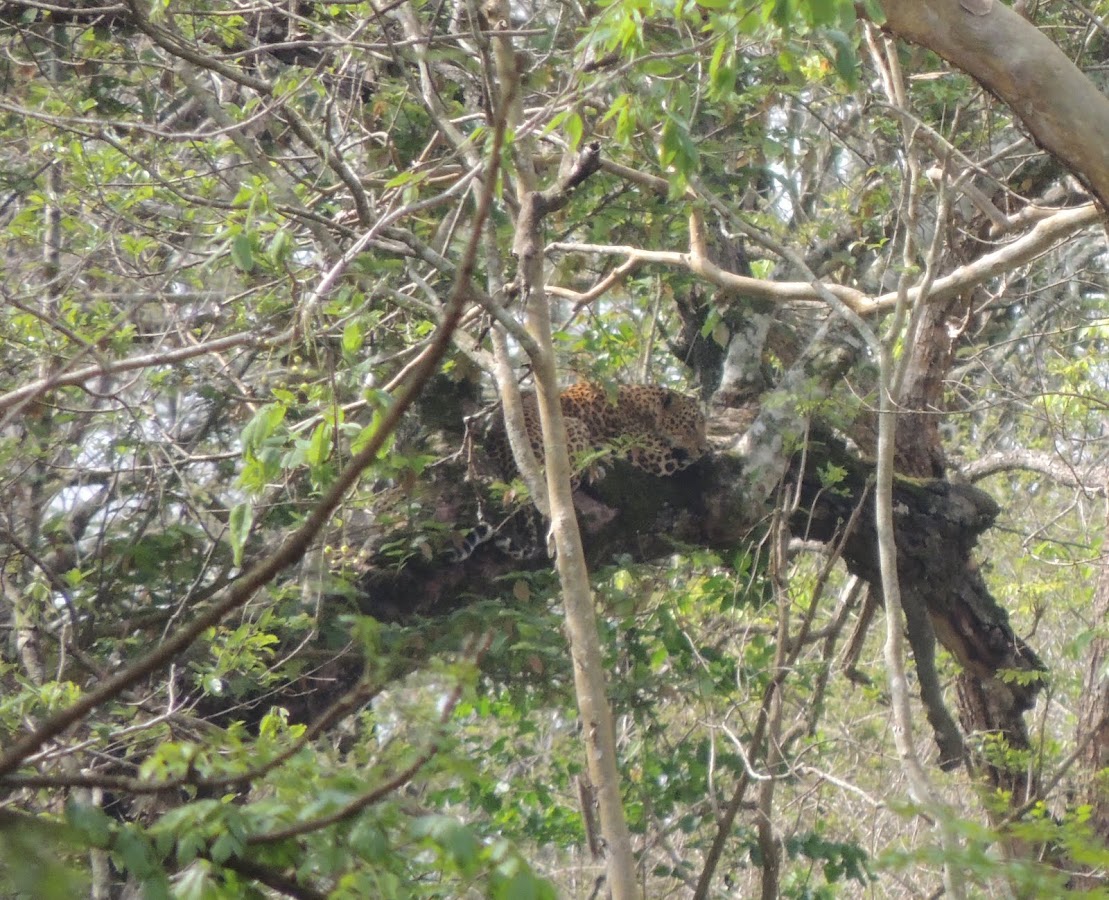 It was only when it was almost time, and one by one the jeeps that had joined us left, that we too, reluctantly turned back towards the lodge. Our tryst with the wildlife at Kabini was almost over…. almost.

A Malabar Giant squirrel hurried down a tree, making us wonder how it ran down vertically!

And a Changeable Hawk-Eagle poked into a hole in a rock, trying to catch its supper. This was yet another fascinating sight, and we had to draw ourselves away with the greatest of regret. 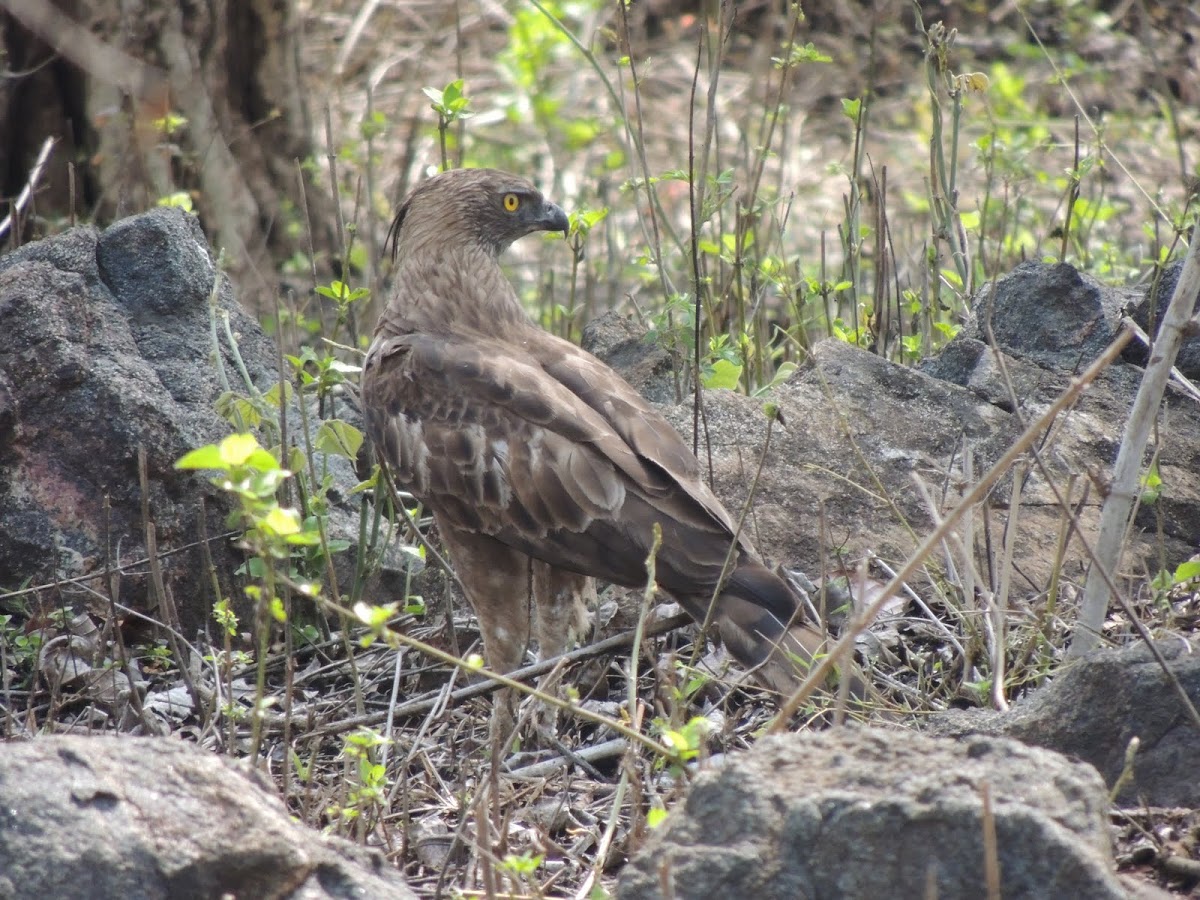 Returning to the lodge, the one thing on everyone’s lips was the leopard – both, the animal itself, as well as the quick way our naturalist had spotted it, just like our driver had done, the previous day. But the other thing everyone spoke about were the rain flies! How fascinating, isn’t it, that two such different creatures were the highlight of a single safari?

Our three days of bliss at Kabini passed too quickly…. And we were left wanting more. It had taken us years to make this trip happen, and we hoped our next trip would happen sooner!


Disclaimer: I visited Kabini River Resort in May 2016, to celebrate my son's 13th birthday. As I have already mentioned, we admire and appreciate Jungle Lodges and Resorts' commitment to natural heritage and the environment, and sustainable wildlife tourism, and it is  pleasure to visit them, and write about our experience too. I am adding this disclaimer in response to a number of people asking me if this was a sponsored trip. Let me reiterate - It was a personal trip, and NOT a sponsored one. We booked online, and paid the full tariff.