December 22, 2009
You have been reading my travelogues for around 3 years now, so here's something new for all of you.

That mine was a family of wanderers is something all of you know very well by now. All of us jump at any chance to travel, but I am the only one who has been jotting down my experiences. Recently, one of my maternal uncles has taken to writing his experiences too. He works for the Airport Authority of India, and gets to travel a lot, looking for sites for new airports and sites where work is in progress. Thus, he gets to go to places which are out of the way, yet of tourist interest. When I asked him to start writing his own blog, he suggested that maybe I could use his travelogues on mine. Needless to say, I was thrilled. So here's the first one - his account of his visit to Kushinagar in September.

I had an opportunity to visit to Kushinagar in Uttar Pradesh, in connection with construction of an international airport at Kushinagar. I was surprised to witness a wealth of Buddhist religion thriving in this remote village, which is lacking in basic amenities and lack of regular power supply. However, the place is full of greeneries and nature at its best.  Apart from agriculture and tourism (particularly Buddhist) from India and Asian countries, the place has nothing to boast about.

Though, the State of Uttar Pradesh is home to 6 world class sacred sites associated with the life of Lord Buddha, namely Sarnath, Kushinagar, Sravasti, Kapilvastu, Kaushambi and Sankisa, Kushinagar is the place where Lord Buddha achieved salvation. During his last few hours, Buddha desired to leave his corporeal body at the Sal grove on the banks of the Hiranyavati river in Kushinagar. This is one of the 6 main Buddhist centres of Uttar Pradesh frequented by pilgrims from East Asia, South East Asia and South Asia. The Mahaparinirvana temple here enshrines a 6 metre long statue of the Buddha in the Parinirvana posture. 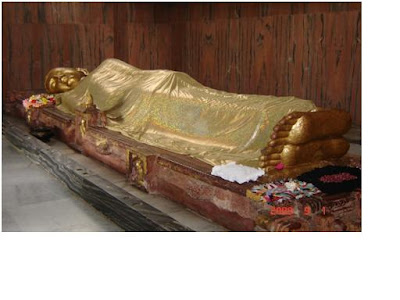 A very large statue of Buddha, carved on a single piece of red sandstone is situated here. The great Mauryan Emperor, Ashoka, built this statue. All three famous Chinese scholars Fa Hien, Huen Tsang, and I-tsing visited Kushinagar, which is a part of the famous Buddhist trail encompassing Bihar, Uttar Pradesh, and Nepal. Buddha Poornima is the most important festival celebrated in the region. 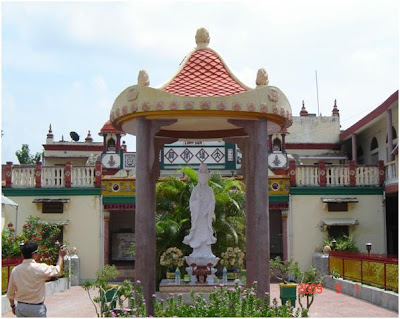 Kushinagar is an immensely popular pilgrimage site for Buddhists. There are several temples of various countries in the vicinity, such as Watt Thai Temple, Japanese Temple, Chinese Temple etc. 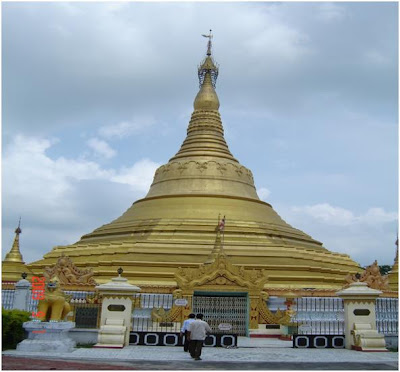 Kushinagar is also known as the city of beautiful Stupas and Temples and considered to be one of the Holy Places in India. From Buddhist followers to the Indian devotees, this is one of the major pilgrimage destinations in Uttar Pradesh. 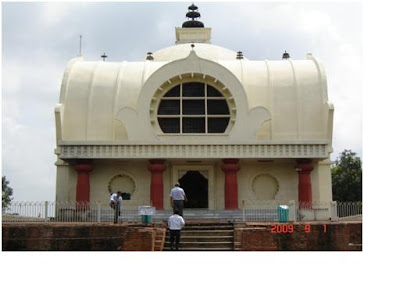 Referred to as the Kushinara in ancient period, the city is a storehouse of architectural marvels. Archaeological excavations have unearthed a number of temples and Stupas which belonged to medieval India. 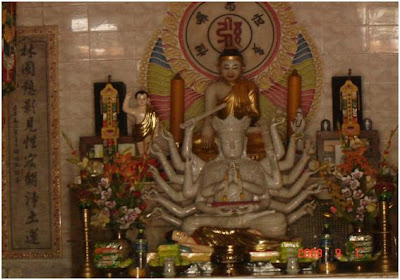 Kushinagar, is thinly populated and the surrounding area is largely flat agricultural land. Ideal season for the tourists is between Oct to March. The climate is similar to that of north India. In summers the temperature goes upto 45̊ C and in winters it is around 5̊ C. As far as accommodation is concerned, U.P. Govt. is having a well maintained hotel (Patik Niwas) and there are other good private hotels available. Nearest railway station and airport is Gorakhpur, which is 51 km from Kushinagar.


Here are some more photographs taken during the visit. 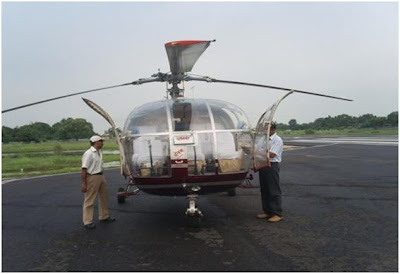 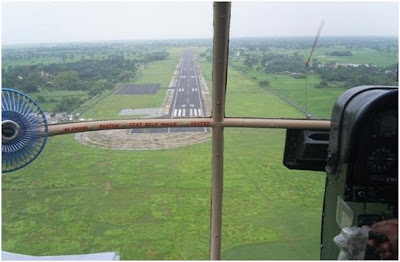 And finally, here's one of the author himself - he's the one facing the camera..... 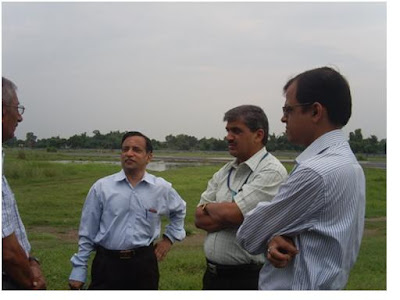 Posted on behalf of K.S.Raghuraman