Karthikai at home - all lit up!

November 24, 2010
Karthikai or Karthik Poornima, the full moon day in the Tamil month of Karthikai (mid Nov- mid Dec) is the south Indian equivalent of Diwali, where we light up our homes with lamps. Having missed Diwali this year, I was all the more eager to celebrate Karhikai, and did so enthusiastically with Samhith helping me out! He helped me unpack all the wonderful Diyas from their storing place, and looked on patiently while I prepared them for lighting, putting in wicks and pouring oil in them. He was curious about the shapes, and so eager to help, that he wanted to light them too! It was difficult to convince him, but finally we agreed on a deal - I would light them and place them, but he could choose where to place each Diya! So, here is what Karthikai was like, at our place..... and the placing is totally Samhith's idea :) 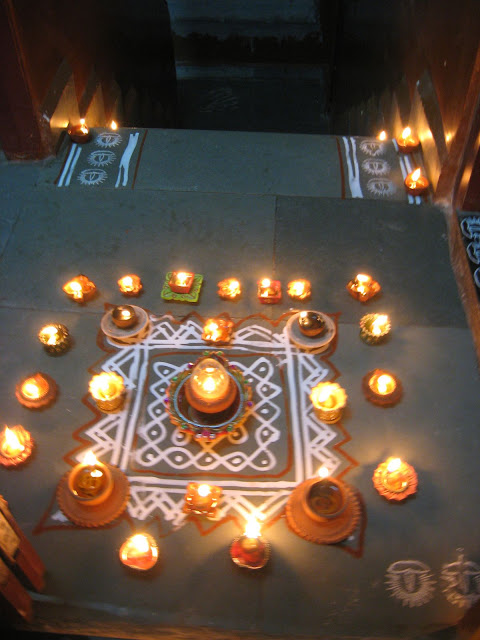 The big diya is a new one this year..... a gift. Normally, I avoid such decorated diyas since we cant really light them properly, and what use is a diya which cant be lit? But we managed to solve the problem by placing a smaller one inside..... the smaller one is new too, and you know what, once I poured in the oil and lit it, the glass ensured that the lamp stayed lit for over 12 hours!!! Thats the kind of lamp I like to buy.... one which I need to light just once, and relax! 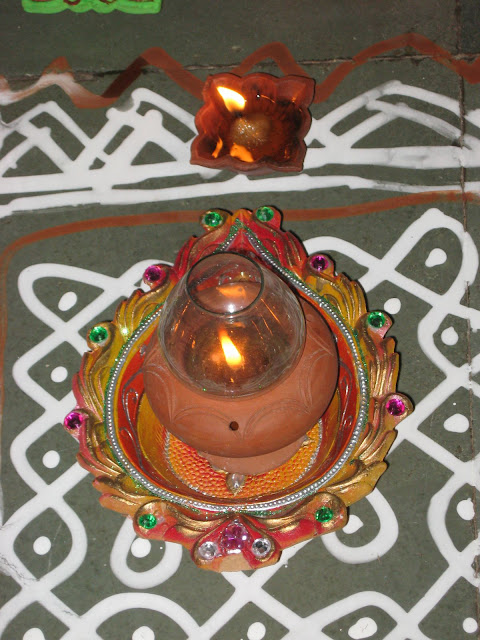 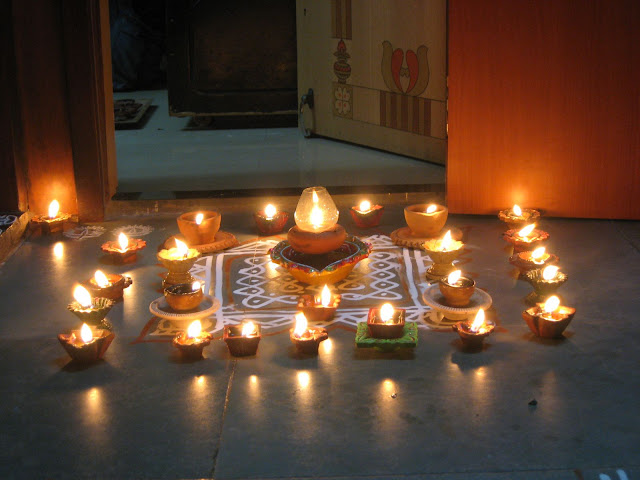 This is another new one - one I bought - and this one stays lit for a long time too... 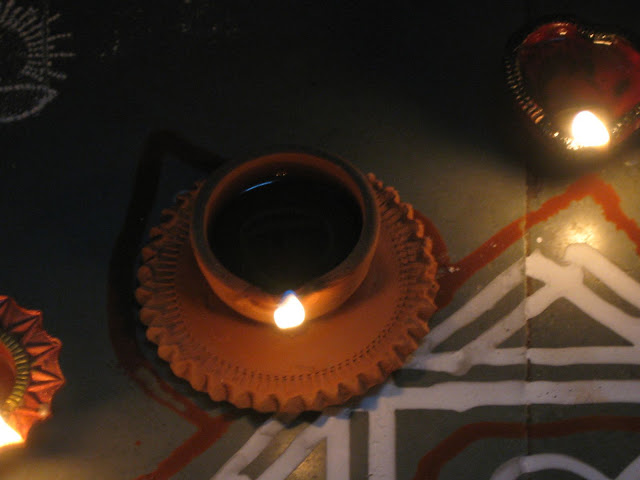 Our neighbour is out of town, and so we decided to use their part of the landing too..... since I didnt have time to put a kolam there, I placed the diyas on a plastic plate - that way, they wont drip either! 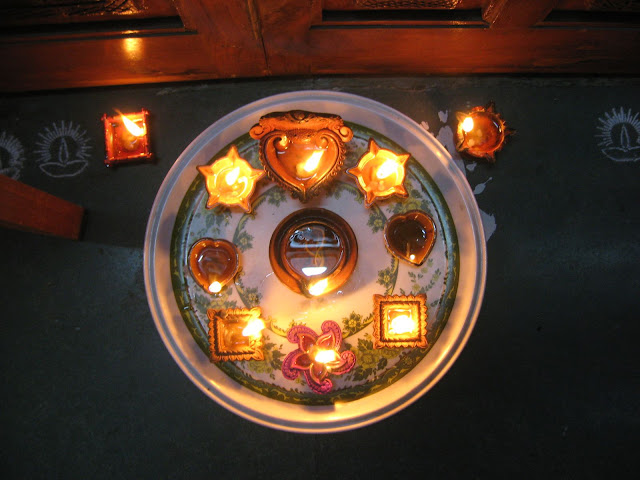 Interestingly, one of my online friends, Sowmya, had this wonderful post on her blog where she tried to look for the reasons why Karthikai is celebrated. Like most Indian festivals, there is no simple answer to this one, but from what I have heard and read, the most believable reason is the story of Shiva appearing as a column of light at Thiruvannamalai, where the festival is celebrated till this day by lighting a huge lamp on the hill which can be seen for miles around. Richard, who lives at Thiruvannamalai, has some wonderful pics and descriptions of the festival held there. The day the lamp is lit there is known as Annamalai deepam. The day before is called Bharani Deepam, while the next day, when other temples celebrate the occasion by lighting lamps, is called Sarvalaya deepam. Well, that explains the legends, but practically, the festival must have begun with the idea of lighting lamps during one of the coldest months of the year in the south, when the days were the shortest. My mom still lights lamps for the entire month of Karthikai, which sort of explains this.
So, that's my world for now.... all lit up!