June 12, 2011
They form an inevitable part of the coastal skyline in Southern India, and are certainly among the most useful among trees. 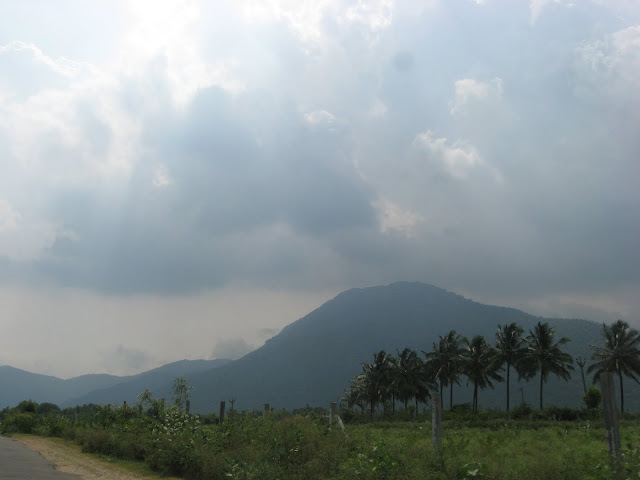 It is sometimes compared to the 'Kalpavriksha' - the celestial or wish fulfilling tree, since every part of the tree is used for the benefit of mankind. Yes, I am talking about the Coconut tree. 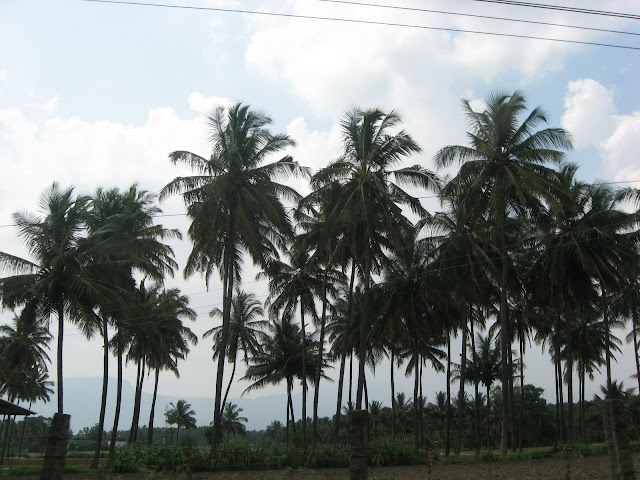 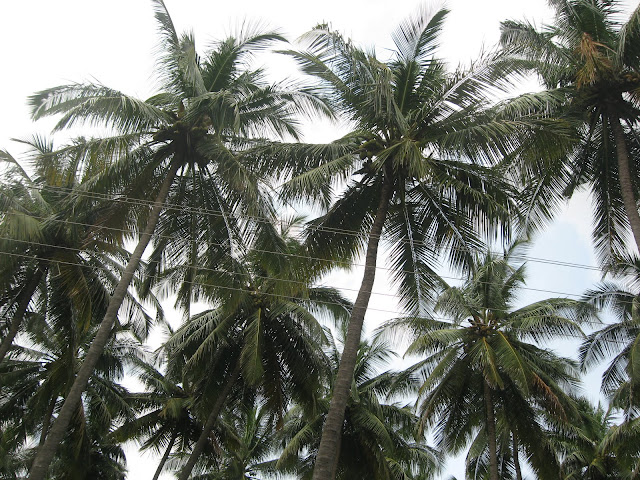 Every part of the coconut tree is useful. South Indian cuisine would be incomplete without the coconut, and summer would be that much more difficult to bear without the always cool and refreshing coconut water. Even the kernel is used, sometimes with the firewood, but mostly as a small container. These days, we even get jewellery made from it! As to the leaf, they are not just used for roofing, but for making the house too, as you can see in this pic! 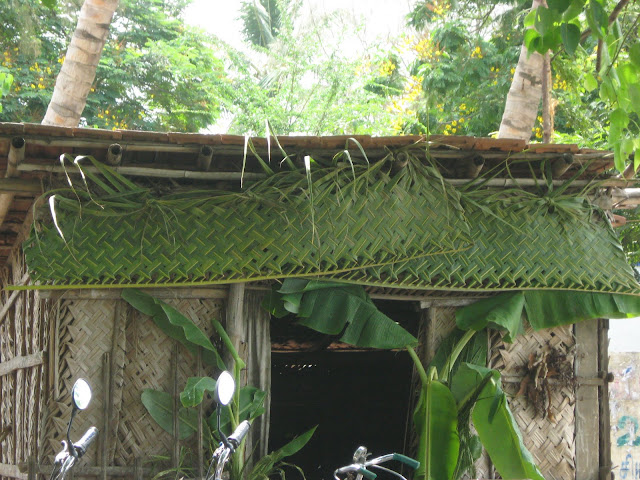 This old hut has been decorated for a festival - with two banana trees next to the door (that's another plant which is likened to the kalpavriksha!), and a new banner-like thing made with the coconut palm leaf. This apparently not just signifies celebration, but is also useful, since it strengthens the hut by adding a new layer to its wall!
Here is a close look at the palm frond plaited to make the frame.... 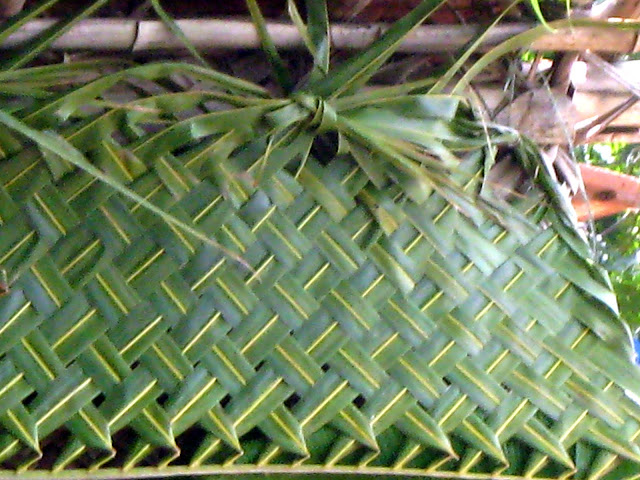 Simple, yet beautiful, isn't it? and eco-friendly too!
I can't help feeling excited about learning everything I can, even if it is 'just' about coconut trees. Hey, anyone can study abroad these days; with so many online universities to choose from, class can be wherever you are in the world. Online schooling is in high demand, since many people want the flexibility they both offer.