October 23, 2011
In an area surrounded by mountains and inter-crossing rivers, a waterfall comes as no surprise. However, when you enter a gate just off the highway, drive along a lane leading into a dense forest of teak, and then alight to walk through a narrow path cut amidst the dense undergrowth, you know that this is something special! I was at Jim Corbett National Park as part of the Club Mahindra Bloggers Trip, and we were visiting the Corbett Falls, situated 25 Km from Ramnagar and 4 Km from Kaladhungi, on the Kaladhungi – Ramnagar Highway. The falls were an unexpected treat, giving each one of us something to remember it by… For some it was the waterfall itself, the sound of gushing water drawing them from a distance, for some of us, the inviting sound was drowned by other sights and sounds along the way, and we tarried here and there, to revel in the glory of nature or take a pic of an insect basking in the morning sun. No matter what our interests, when we finally did get to the waterfall, each one of us sat in silence, lost in the beauty of the moment. Come along with me as I take you to Corbett falls through my photos……


The innocuous looking arch welcomed us to the Corbett Falls… 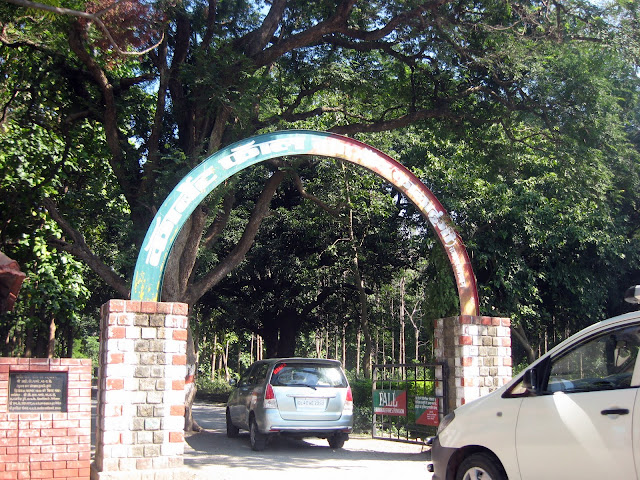 And this board captured our attention at once! It proclaims the various advantages of planting different trees…. Guess this is a more “Indian’ way to convince people to plant trees? Take a look at some of the ‘fruits of planting trees’… For instance, apparently, planting a pomegranate tree assures you of finding a wife!   Wonder what tree a girl needs to plant to find a husband! 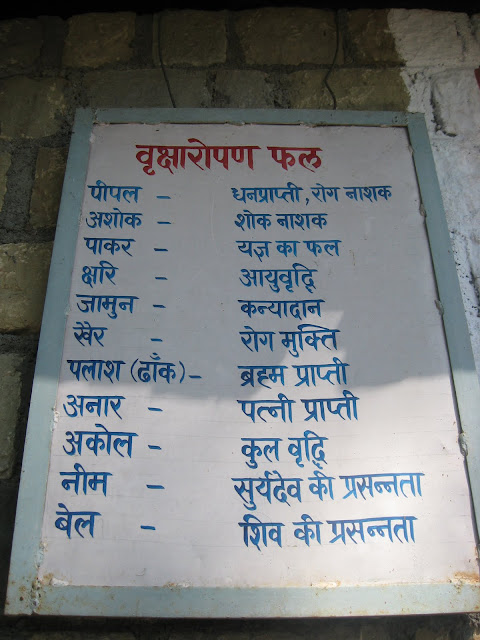 And this companion board is another typically Indian attitude to plants and trees – relating them to the nine planets in this case! 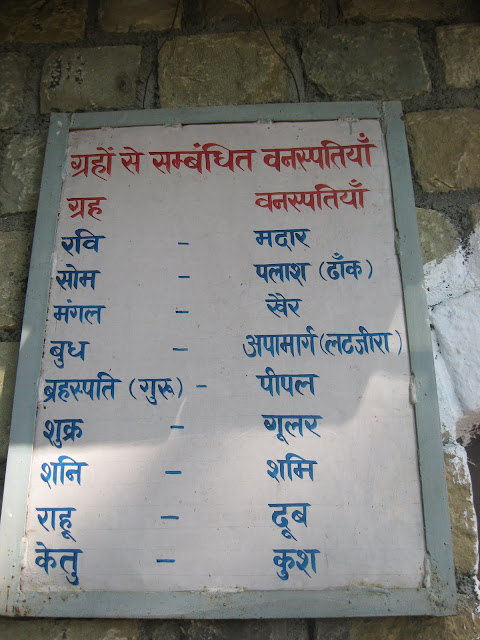 And anywhere in India, can a temple be far away? Here is one, right at the entrance…. 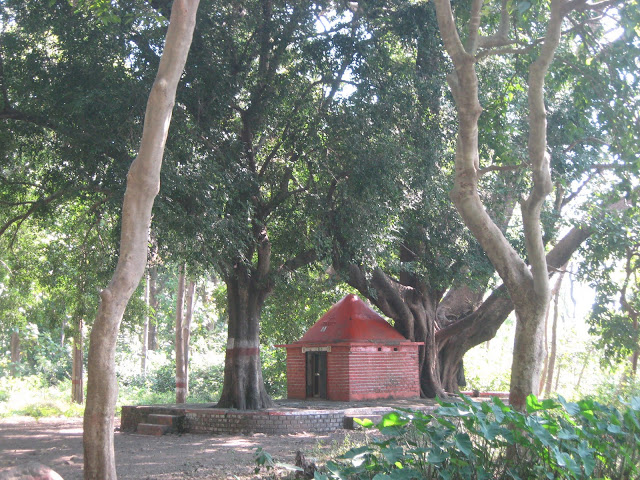 We walked along a well laid path towards the waterfall... 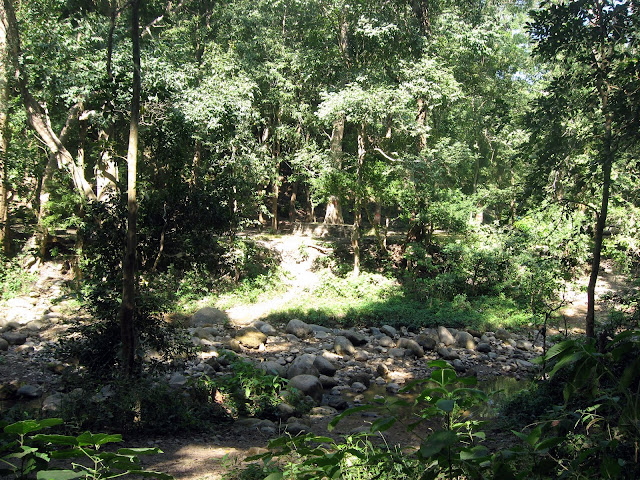 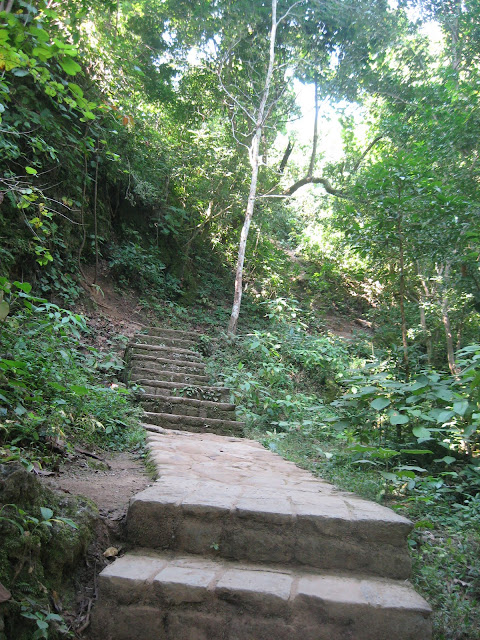 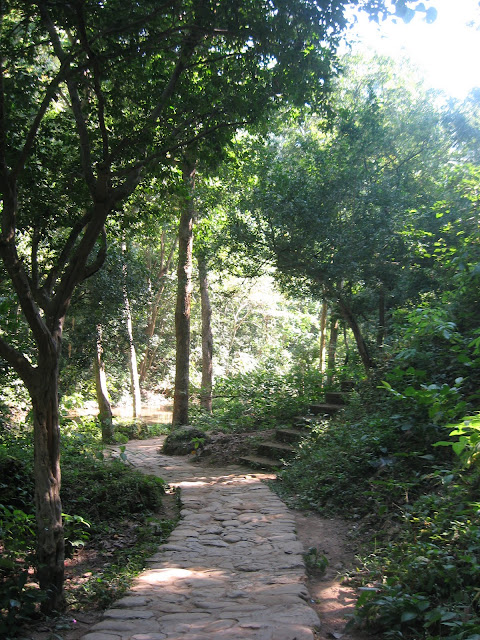 As we walked along the path, we were greeted by a signature spider….. 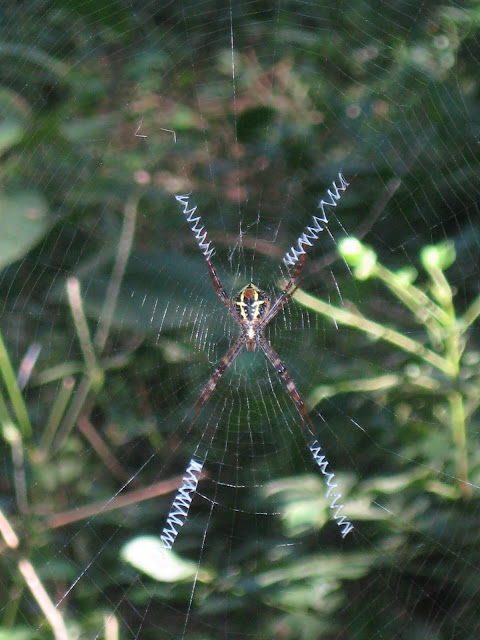 And then this red silk cotton bug, much bigger than the ones I have seen in Mumbai captured all our attention for quite a while! 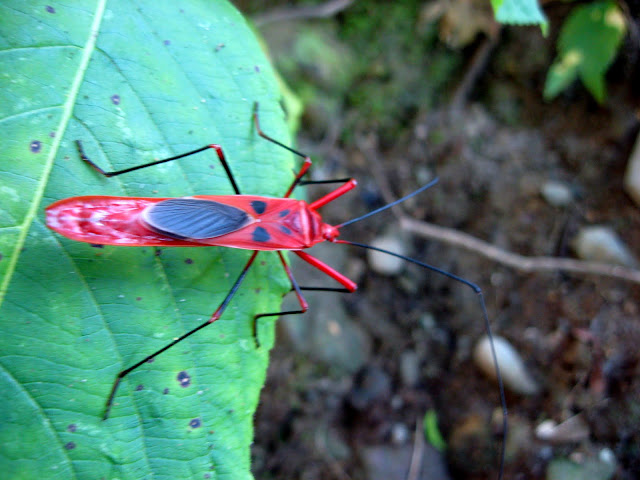 As I finally dragged myself away from the bug to head towards the waterfall which I could hear at a distance, my attention was once again captured by dragonflies, butterflies and fungi! 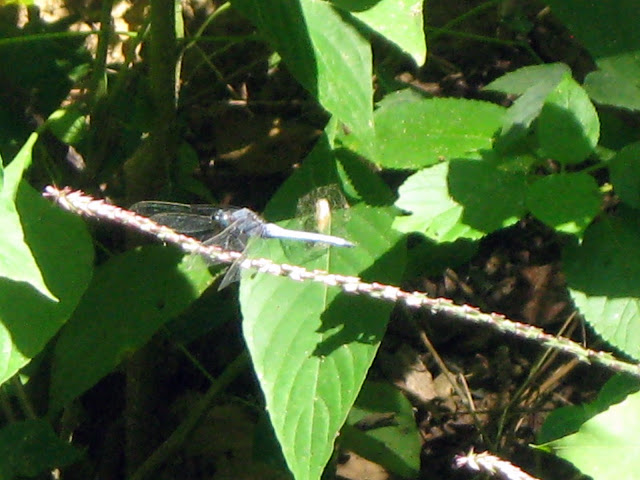 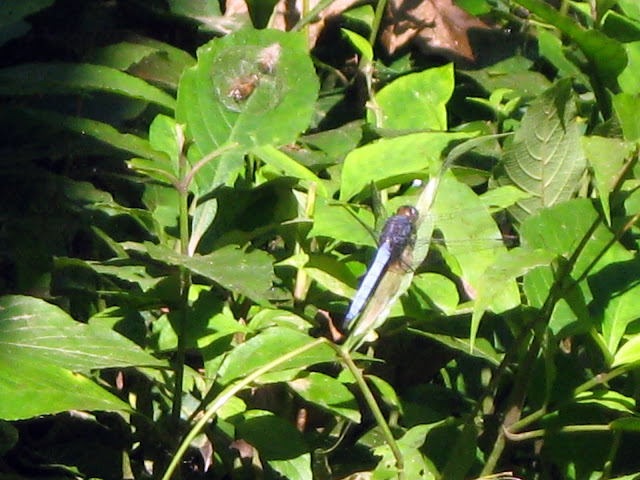 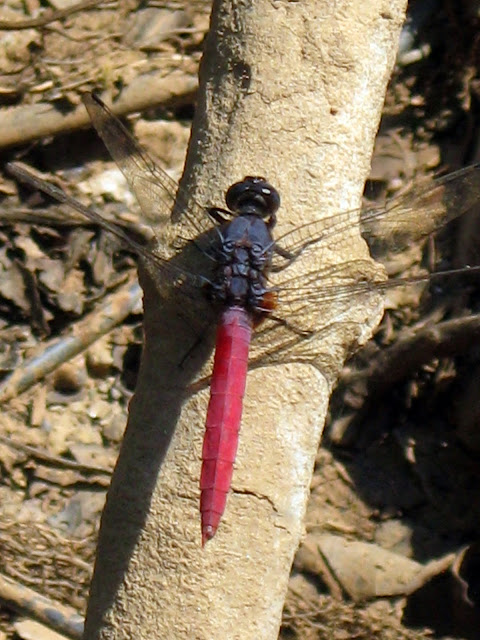 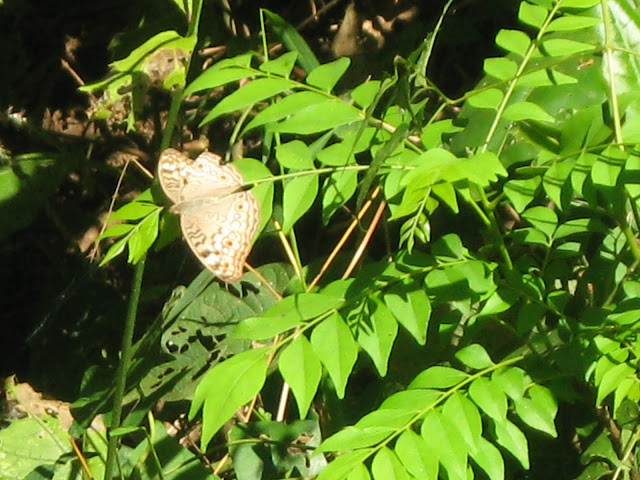 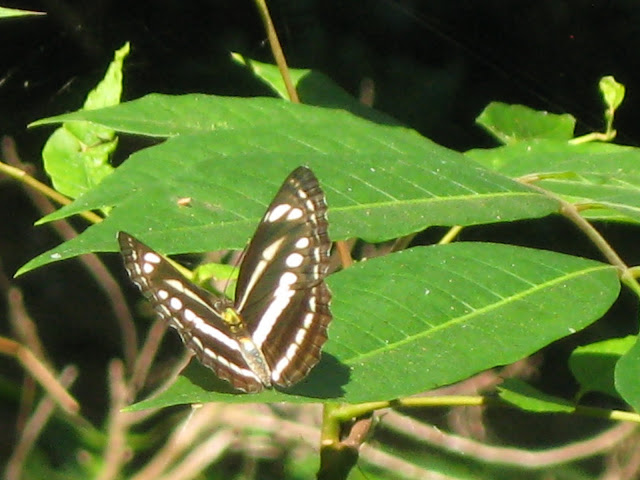 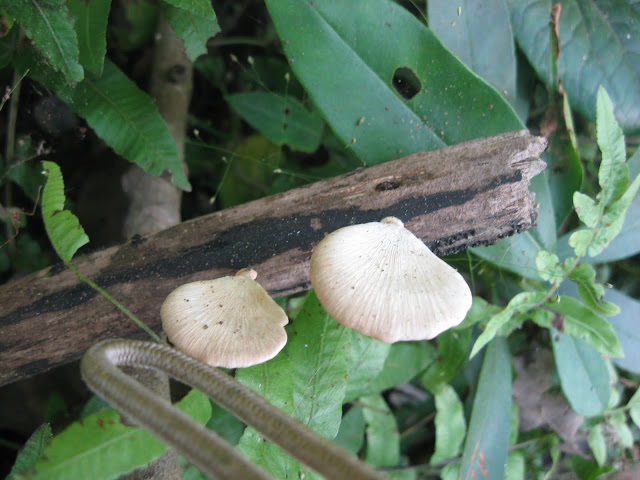 Akshat finally came to remind us that we had come here to see the waterfall and that there was a bird waiting for us there. The second was surely what made us hurry to the fall, for most of us captured the bird before the fall itself! It turned out to be a pond heron, happily feasting on the fish in the pool formed by the waterfall… 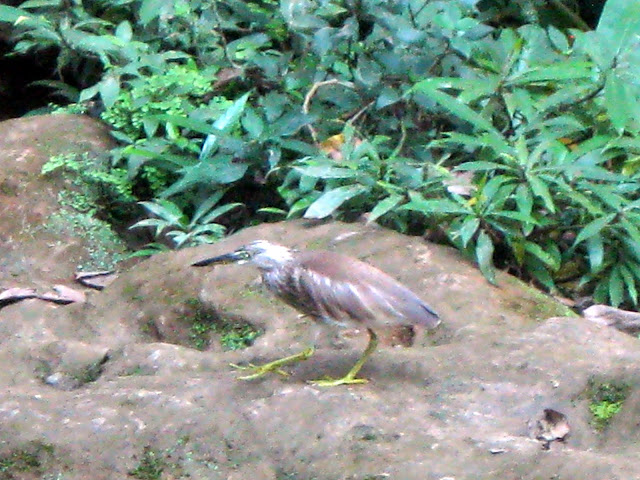 As for the waterfall itself, wow! What a sight that was! 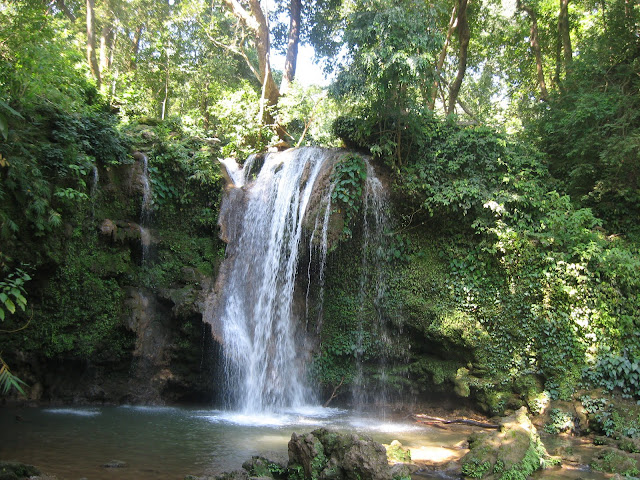 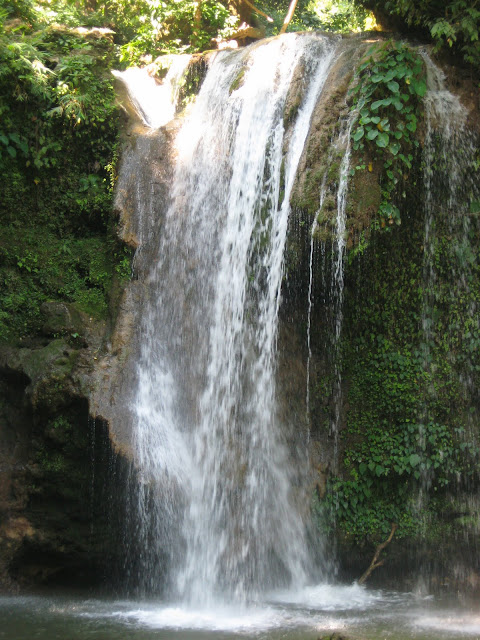 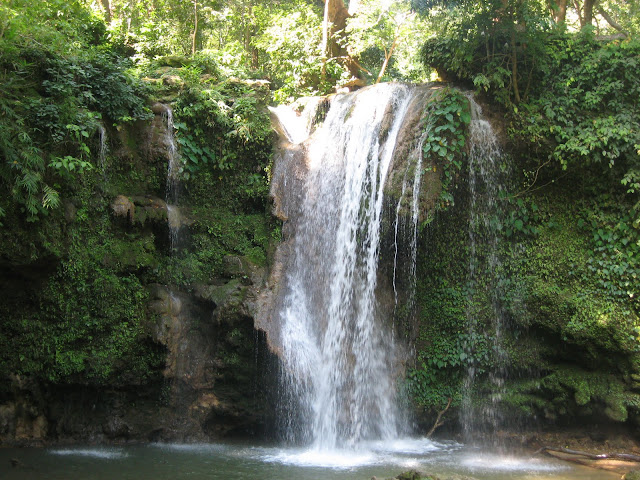 The sound of the water falling from over 20 feet was the only thing we could hear, since thankfully, the place was devoid of tourists (except us, of course!), and for a long while, we simply sat there, taking random shots of the waterfall or just gazing at it. 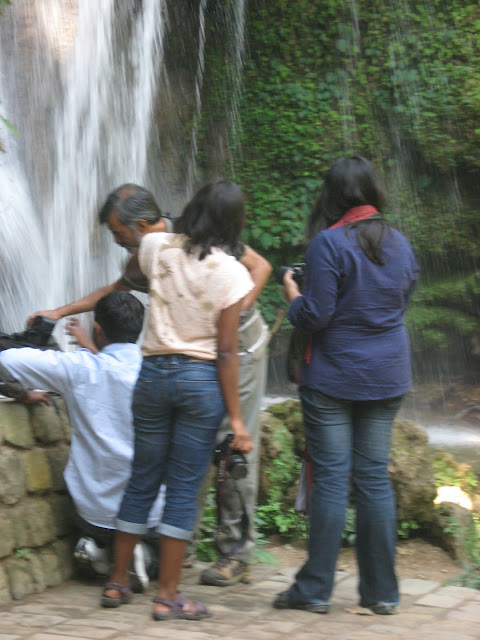 Finally, our solitude at the waterfall was shattered by a group of enthusiastic guys who started clambering up the rocks to climb up to the top of the fall, and I decided to head back to the relative solitude of the woods around the falls. A pair of butterflies seemed to be enjoying a repast of bird shit, and they were unperturbed by tourists like me intruding on their lunch! 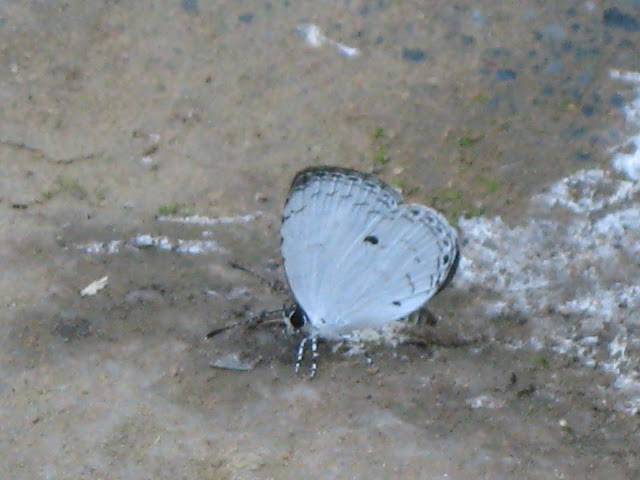 There was also a tiny snail hidden by the ferns and moss growing on the hillside… there is so much to see, if only we look! 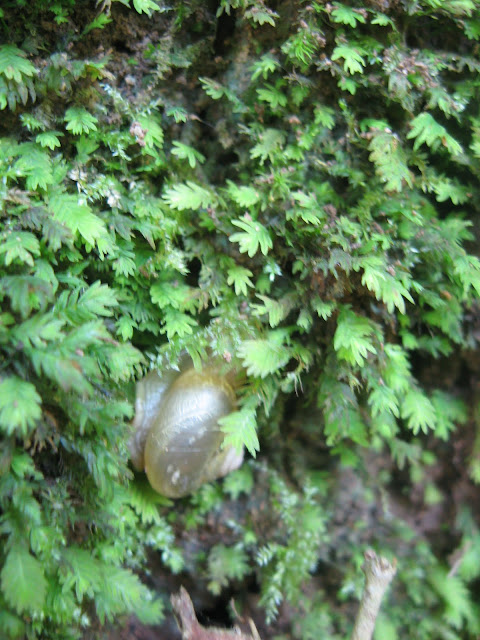 And finally, as we all headed back to the car, karthik pointed out a tiny spider on a leaf. It looked tiny and insignificant, but a closer look showed us what we had failed to notice, but the naturalist’s keen eyes had spotted…… 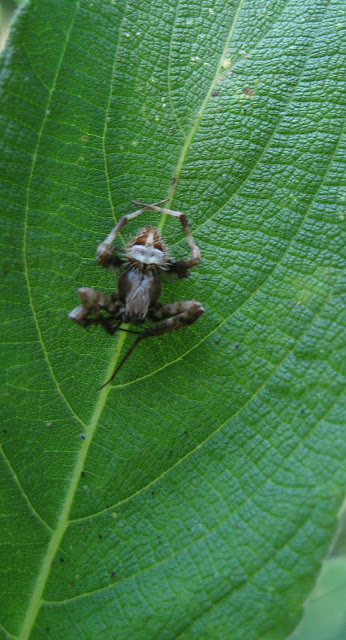 What a beautiful spider! I never thought I would ever add that particular adjective to the arachnid, but there it is! Here is a closer look…. 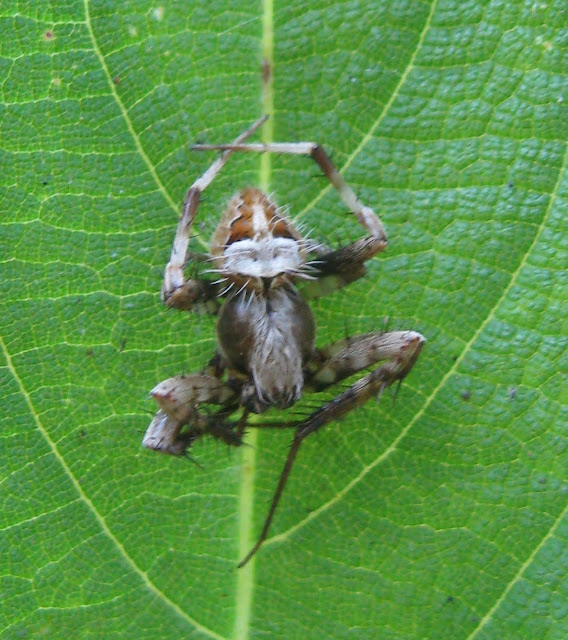 And then it was time to leave, and as we drove out, a couple of monkeys bid goodbye to us at the gate, while the drone of vehicles on the highway greeted us.

The world inside the gates seemed like a different one, a world untouched by time, and I wondered if the next time I visited Corbett this place would still remain the same, or whether it too would succumb to the demands of tourism. There was so much activity within, every creature busy at work, the water too not still, but instead flowing fast and furious, but it was still calm and tranquil, and it is this peace that I carried back with me, with a hope and a prayer that the place always remains the same!