April 23, 2012
In my earlier post, I wrote about the flamingos we saw at Sewri. They are, after all, the main reason people flock to Sewri these days at low tide! However, there are also scores of other birds which arrive at Sewri for the insects which populate the mud flats. This post is about some of them... 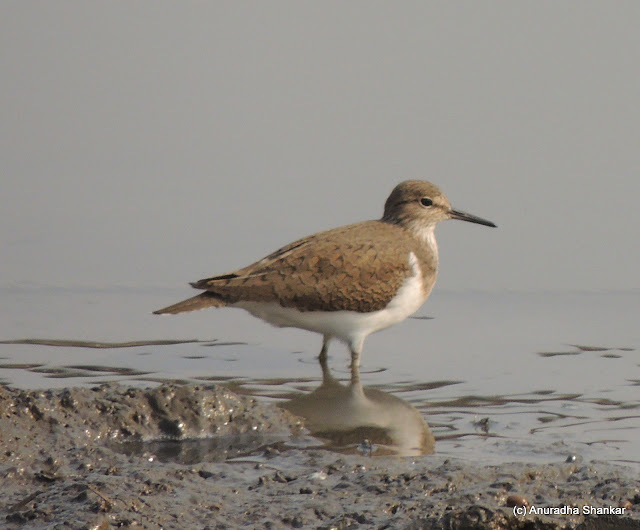 On an earlier visit to Sewri, I remember seeing a large number of small and medium sized birds - little stints, sandpipers, varieties of herons and egrets..... and being told that all these birds migrate to the same areas and live off the same place, without any conflict of interest, since each of them has a different kind of bill or beak, made for eating different varieties of insects or creatures, found in different layers of the soil. Some have small bills which barely skim the surface of the mudflats, eating the creatures inhabiting the upper layer...while others have much longer beaks, which penetrate deeper into the soil, convenient for entrapping insects hidden deep within. It was amazing to learn how these birds manage to live in harmony.

These are either Little Stints or Sandpipers. My identification skills dont extend so far as to make a perfect ID! So, can all you birders out there please confirm the identity of this bird? 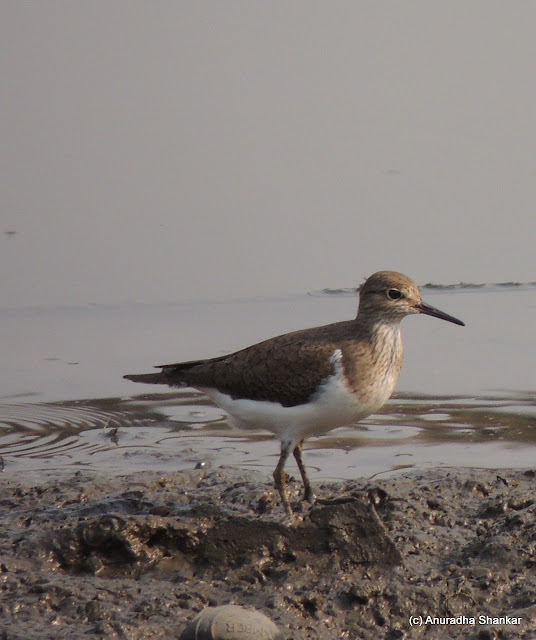 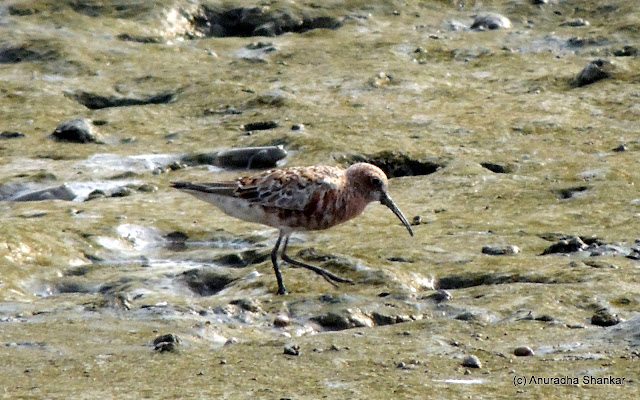 I first thought these were two different species of birds, but apparently, they are the same species,, just the ones in front are in breeding plumage! 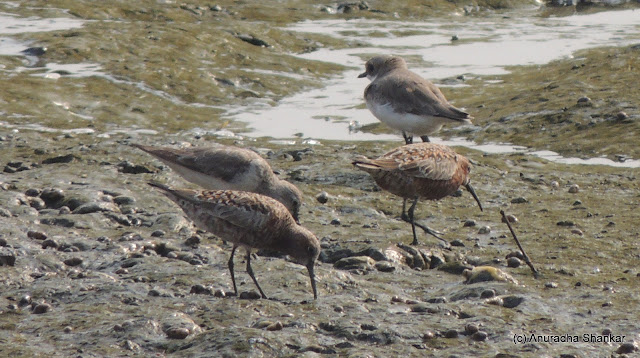 There were other birds too.... A painted stork was spotted at a distance, but it flew before I could click a pic. This Black Headed Ibis turned up rather late in the day, just as I was about to leave.... 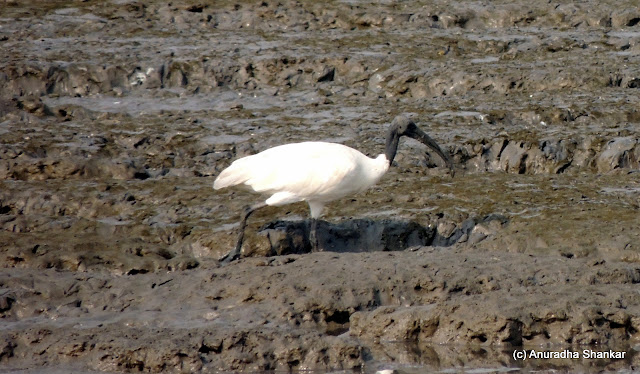 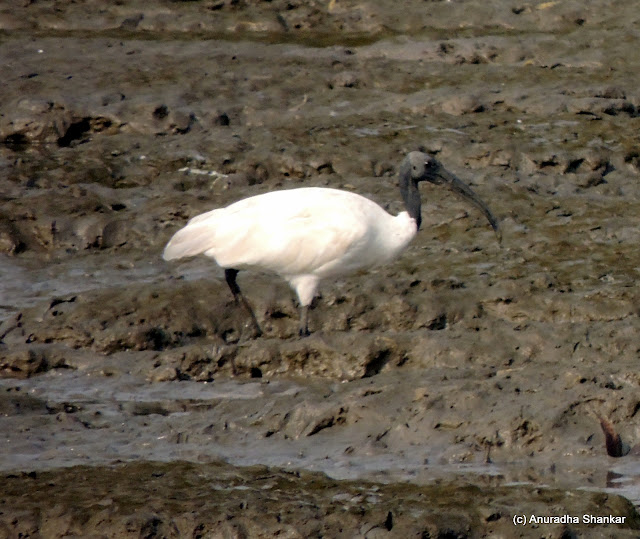 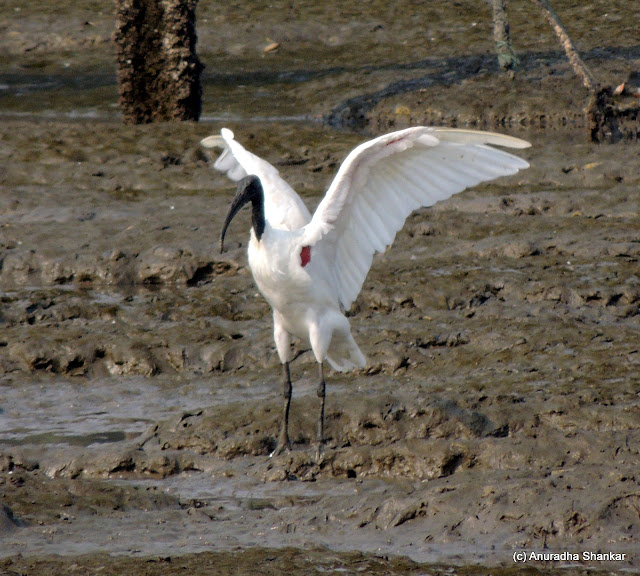 Waiting a while longer turned out to be a good thing, for we next spotted a Western Reef Egret.. 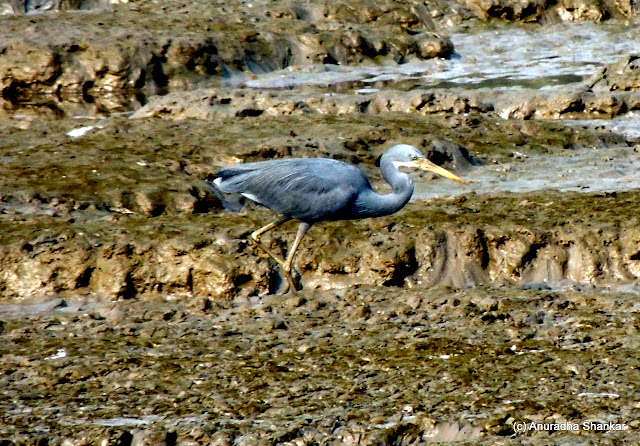 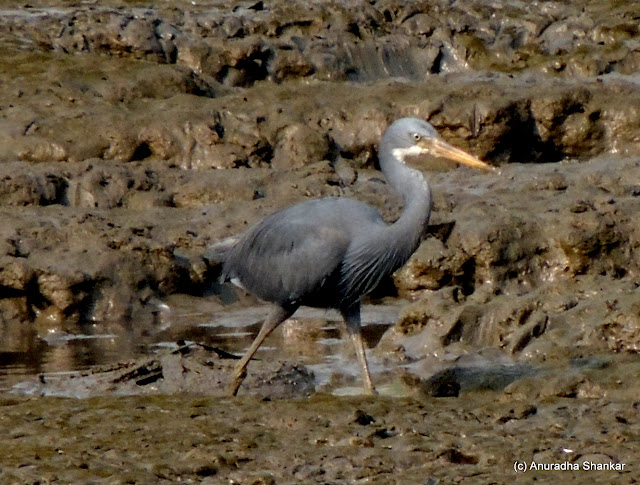 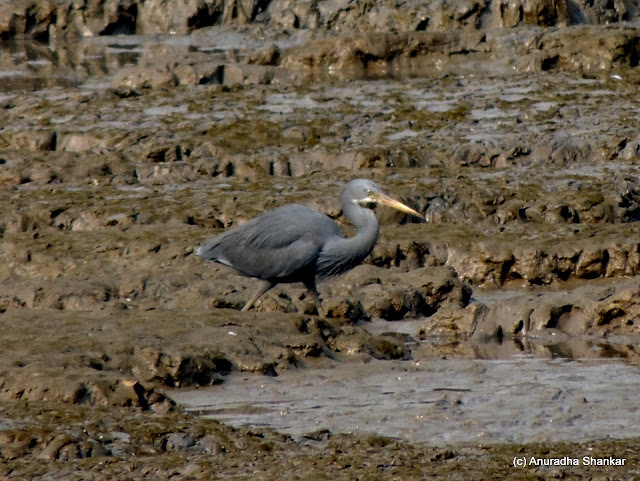 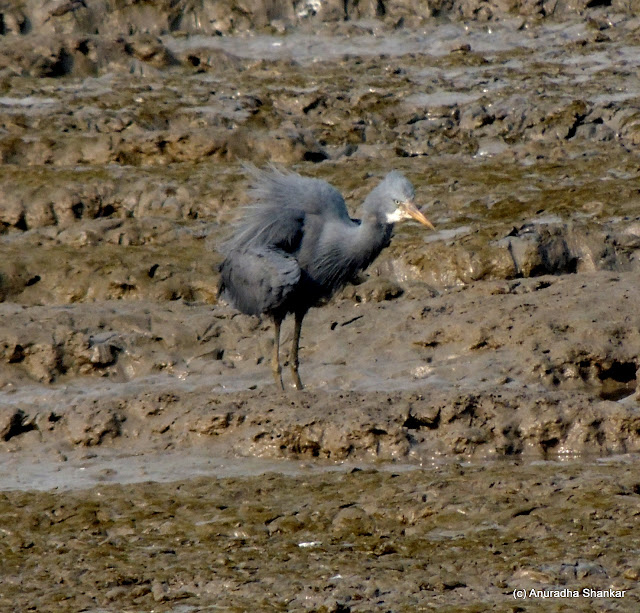 There were other, common birds too... such as this Egret... 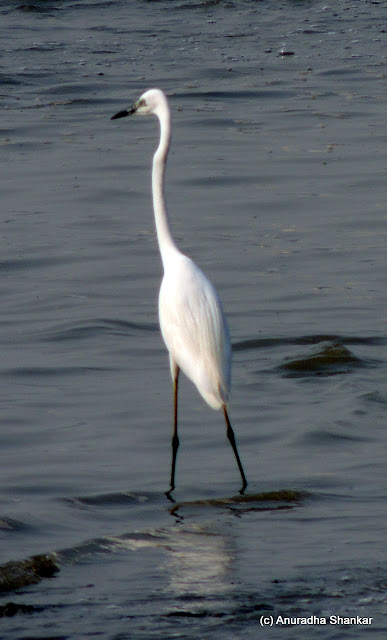 and this Pond Heron, which I see in my colony, but have never managed to capture this well!! 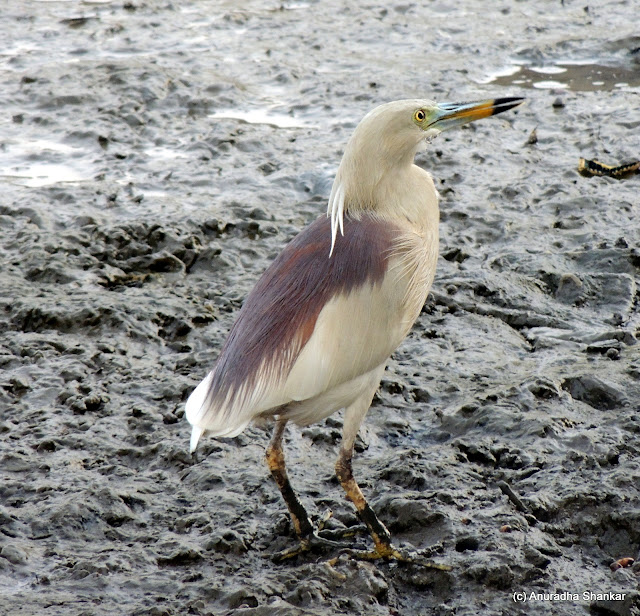 Oh, and these werent the only creatures we saw at Sewri.. just the birds!! There  are a couple more posts coming up!